Superman vs. Lobo #1: Superman, Lobo, and a Giant Tardigrade Walk Into a Bar… 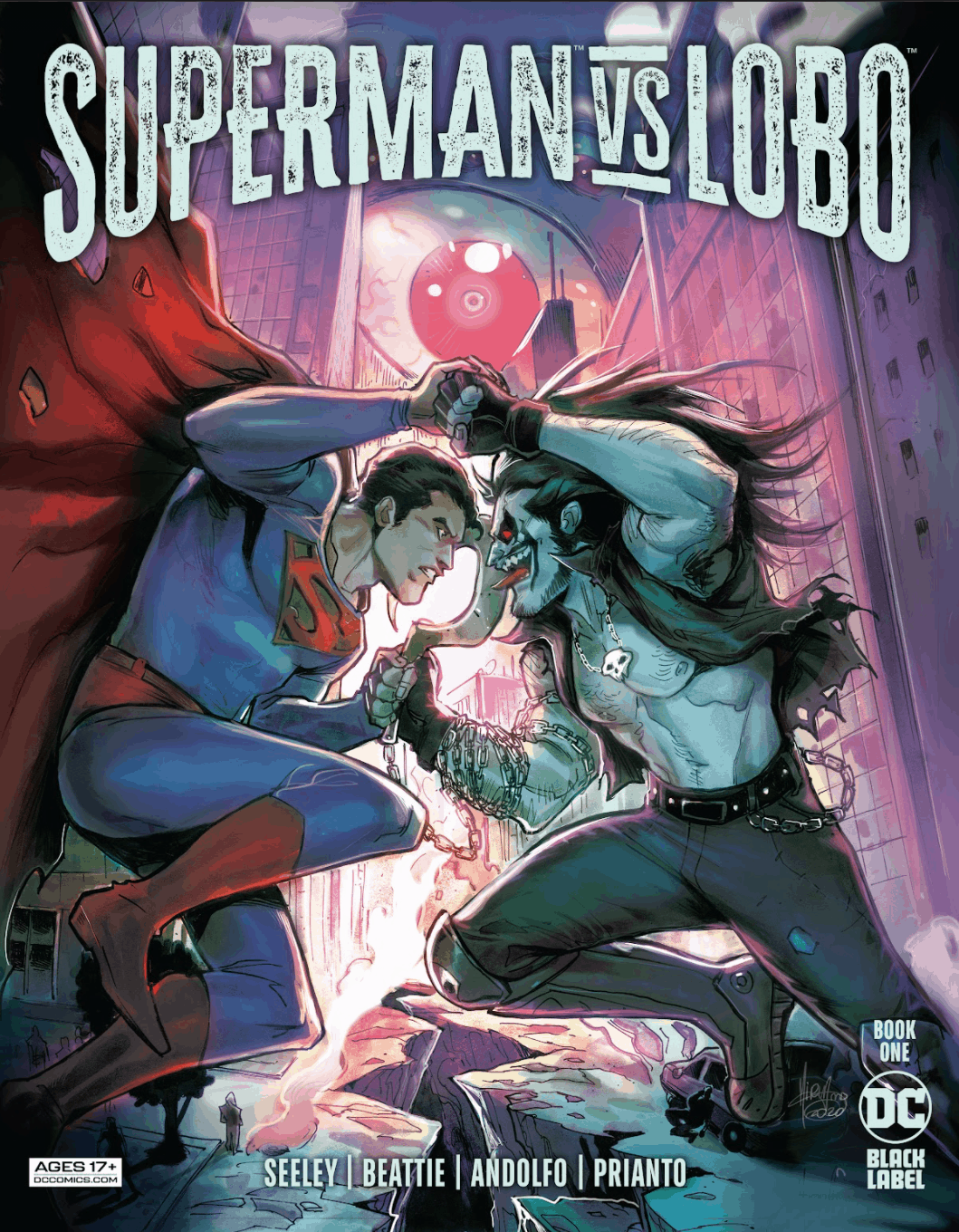 Superman vs. Lobo #1, in which Superman fights Lobo. And a giant tardigrade, and social media.

Exhibit A in “Comics that struggle to justify their own existence:” Superman vs. Lobo #1, from DC’s Black Label.

Superman and Lobo have been whomping each other semi-regularly since the late ’80s, so there’s no inherent novelty in pairing them up in a versus fashion. So, that’s not it. Nor is there any real reason for this book to be on Black Label, as even the curse words are redacted and there isn’t any excessive violence or (gasp) mature themes. So an R-rating isn’t it either.

The art, by Mirka Andolfo, is well-intended – somewhat in an anime-flavored Amanda Connor vein – but her Superman is completely off-model to the point of distraction. (Jimmy Olsen, too, but he’s of lesser importance.) Andolfa is a fine talent on the right book (see: Sweet Paprika), but she’s a complete mismatch for this story. Arif Prianto’s off-puttingly bright colors, rife with unnecessary lens flare, doesn’t help. But – at least we got an awesome Simon Bisley variant out of the deal. Where there is Lobo, there should always be Bisley, and his cover does not disappoint: 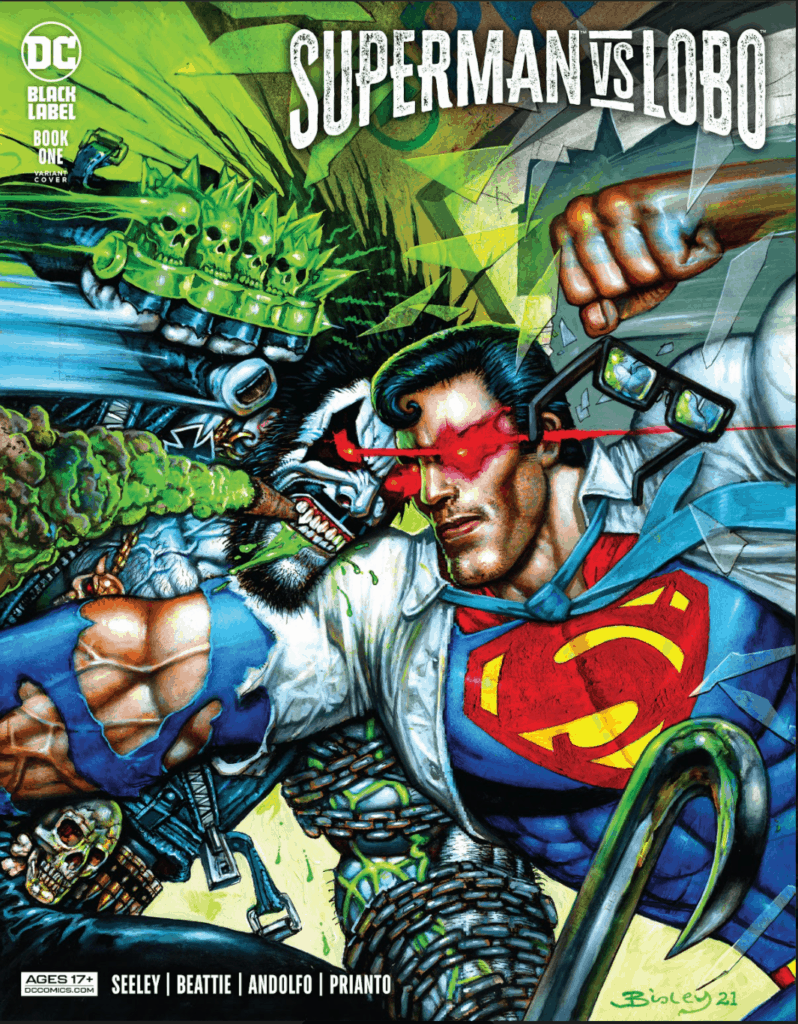 As for the characters themselves, Tim Seeley and Sarah Beattie have nothing new or unique to say about Superman or any of his usual supporting cast – they’re all more or less one-note versions of themselves, doing Superman things and saying Lois things. Lobo does Lobo things, too, which could be interpreted as a good sign, as any attempt to ever write the Main Man as having anything resembling a narrative arc or character growth has always backfired spectacularly. There’s a half-hearted attempt to draw a comparison between Lobo and Superman as the relative last survivors of their homeworlds, but it doesn’t go anywhere.

The story, such as it is, is an incredibly ham-fisted attempt at making a commentary on social media, particularly of the toxic variety. It doesn’t work, mostly due to the complete and utter lack of nuance throughout. The attempts at humor fall completely flat, too, somewhere between unfunny in a rudimentary sense and eye-rollingly juvenile. This book a criminally under-thought endeavor from start to finish from creators who usually have great work to add to the weekly conversation. It’s frankly baffling that DC thought this comic was a good idea, let alone that anyone would be willing to waste $6.99 on it.

Superman vs. Lobo #1 fails to pass even the basic test of any story by justifying its own existence in any compelling or reasonable way. Spend your hard-earned money on anything else this week.

Superman vs. Lobo #1: Superman, Lobo, and a Giant Tardigrade Walk Into a Bar…