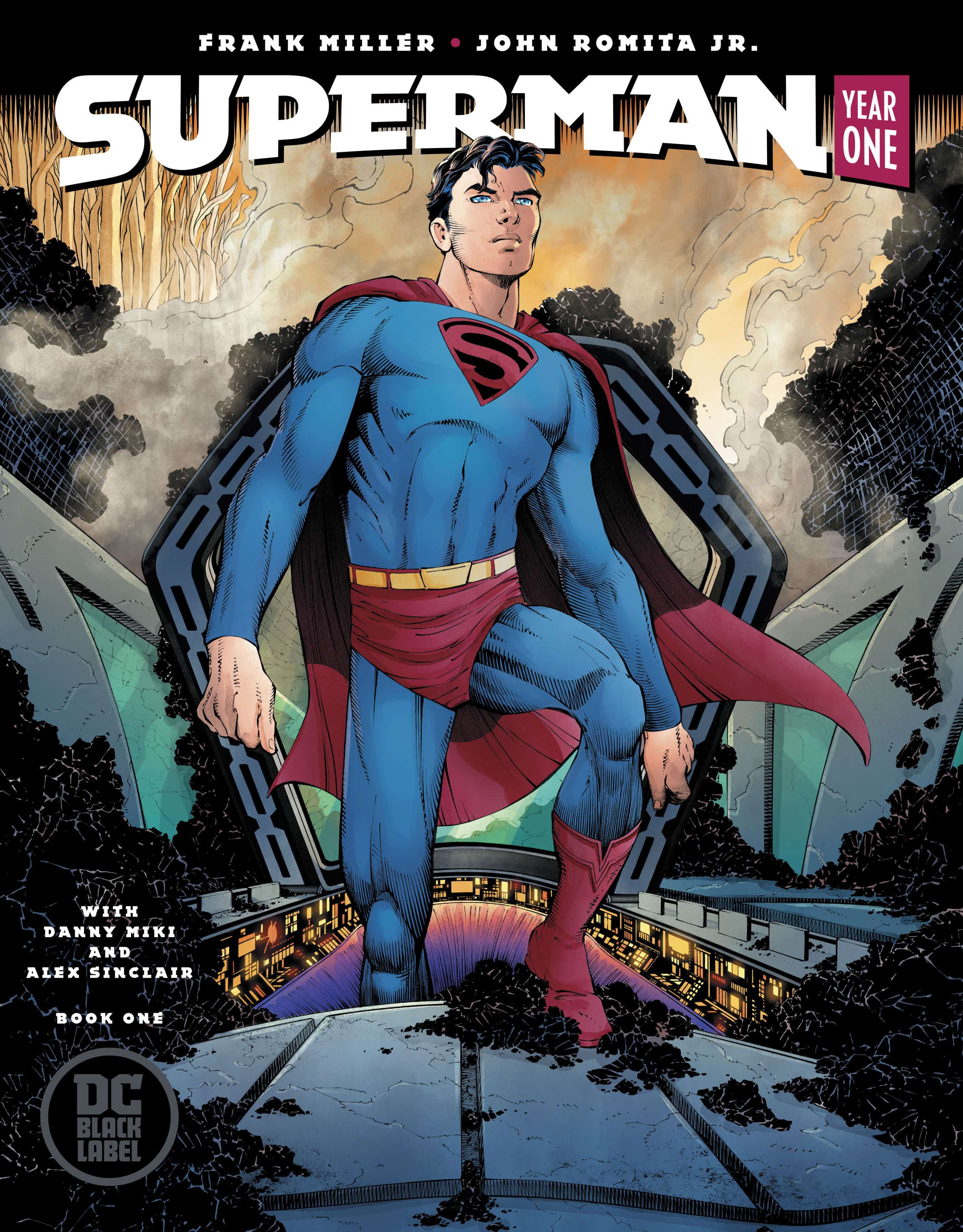 **As pretty much all of the major details of this issue have already been spoiled by major news outlets this review will contain full spoilers, if they can talk about the end so can I****

Superman Year One features a new non canon take on the character in which writer Frank Miller takes him into annoyingly familiar waters with very minor tweaks, a by the books opening on Krypton begets a fairly uneventful childhood with the Kents minus Pa Kents overly folksy twang and Martha's casual 1950s housewife subservience. 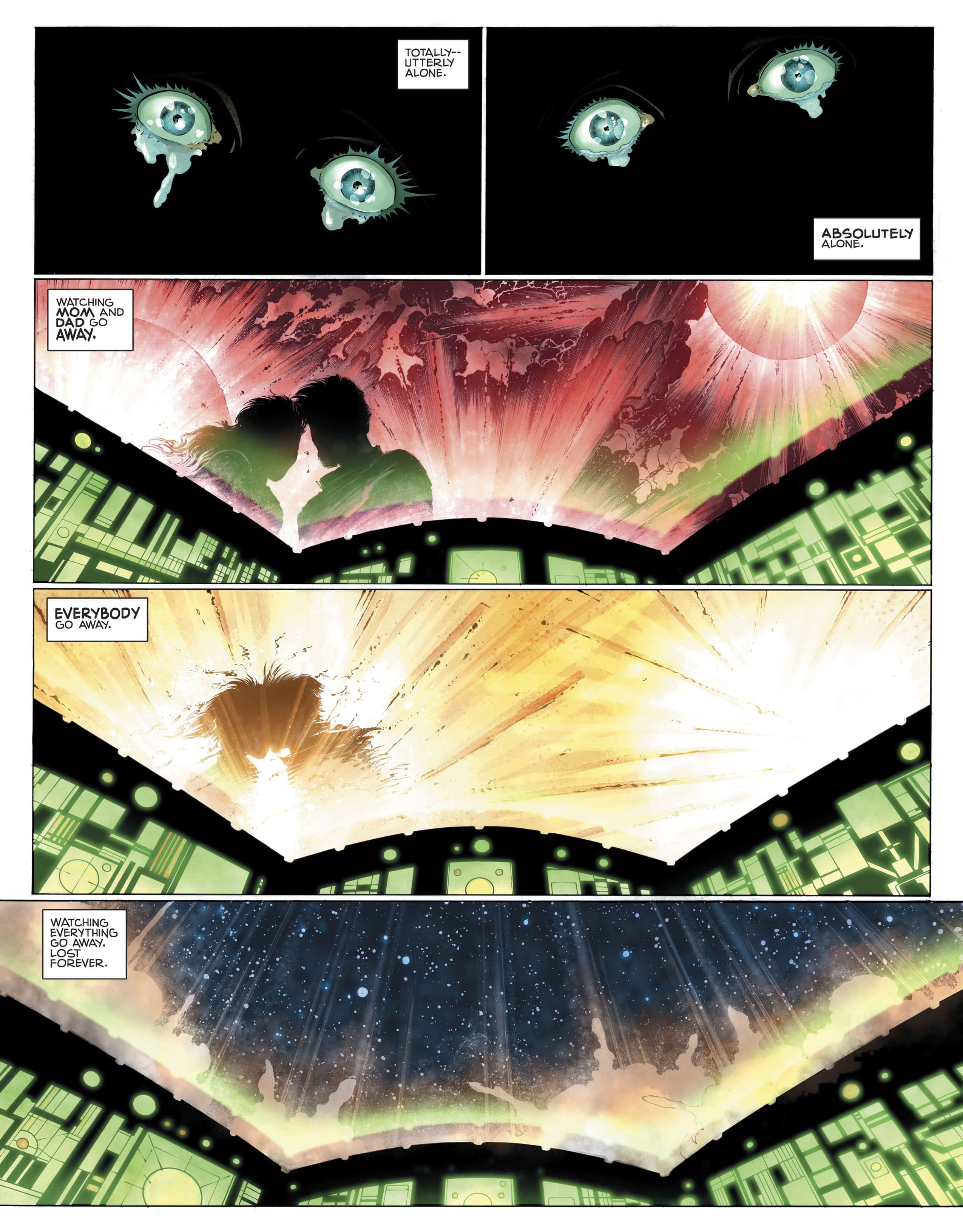 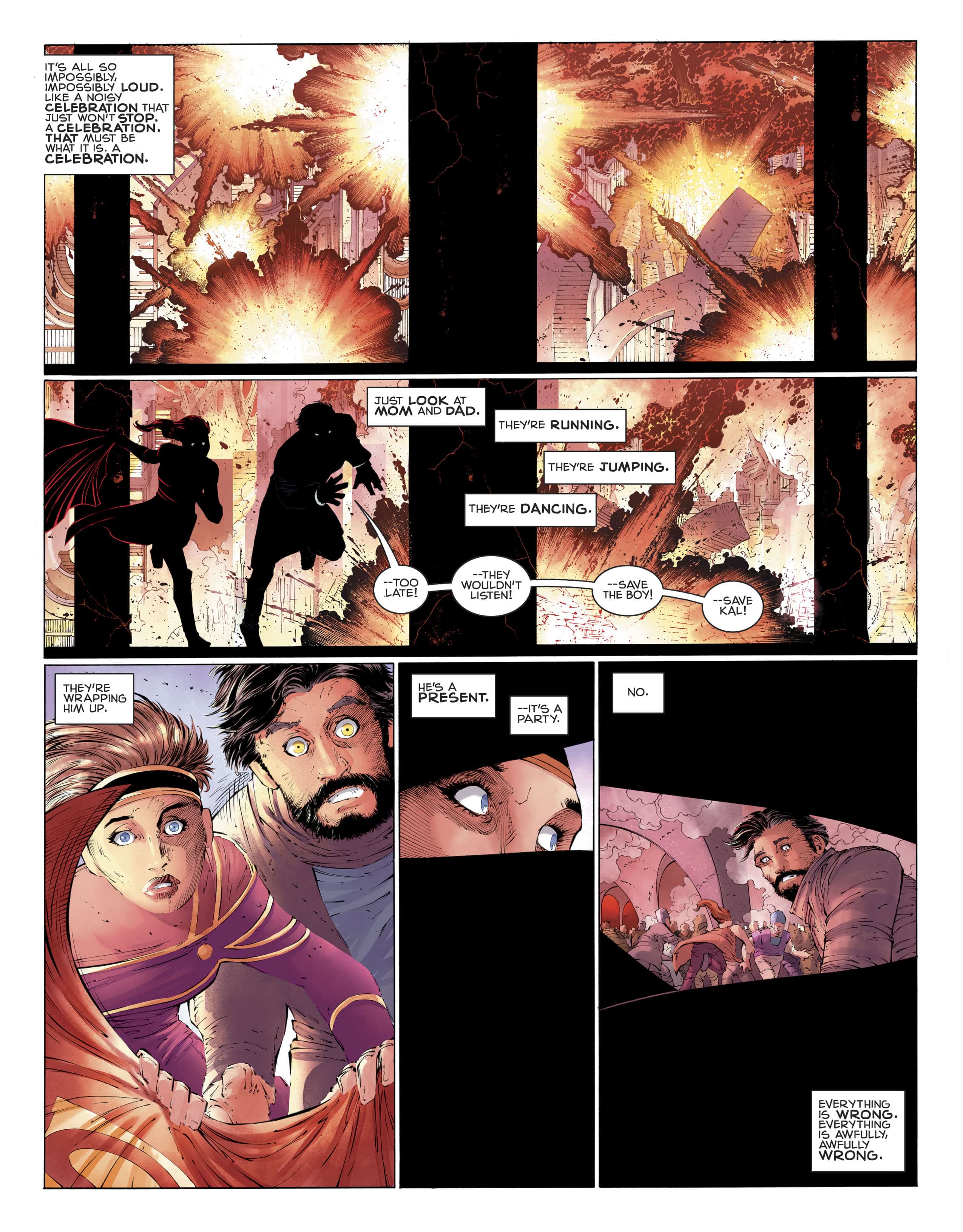 Next we land in high school, probably. It's hard to tell with the art by John Romita Jr portraying the characters like a bunch of 11 year old shaved gorillas. (admittedly it's pretty good for JRjr, but most of them still look like gorillas) For the most part this high school sequence is basic and a bit long in the tooth with some lame stock bullying... until we get to the Lang farm...

**please note that although the act isn't completed, this next part could be a little upsetting to some**

In a scene out of A Clockwork Orange or Suburbia the bullies, who up until this point have been casual classic style locking kids in lockers douchebags, encircle Lana Lang and begin to push and touch her with strong allusions to an impending sexual assault before Clark rushes into them and knocks them all away without hurting them too terribly, and Clark gets Lana to safety and it turns into a romantic moment with basically no attention given to the attempted rape besides Clark peeing in the spot they were (WTF) and to my recollection no criminal charges filed. This in my mind was in no doubt an attempted rape and it was treated with just a hair more severity to pushing Pete Ross over. What in the hell was the point of that? 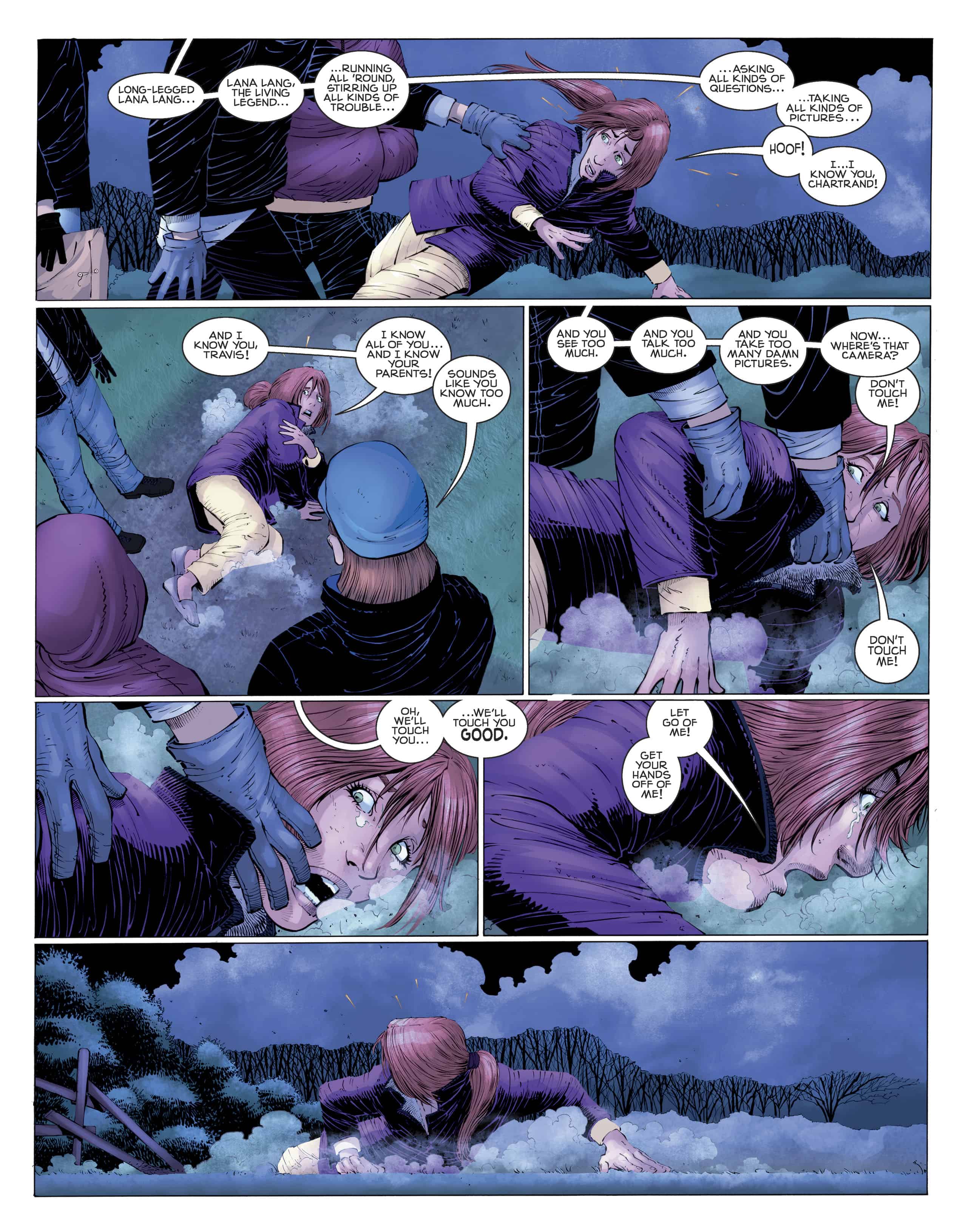 We slide back into minutiae with Clark and Lana courting a bit and a couple jokes that assure us that they are in fact doing what high school sweethearts do, again pretty unneccessary. It is eventually revealed that Clark, in his zeal to see the world, has joined the Navy, to his mother's chagrin.

Alright, first thing I want to get out of the way, this story is NON CANON. For those unaware that means it has no bearing on any ongoing Superman, it’s basically an imaginary story (outside continuity) or an Elseworlds. That doesn’t make it a good issue, but it does invalidate complaints about Superman joining the military and to a lesser extent the poor characterization of the Kents, non canon means there are no wrong answers, technically. 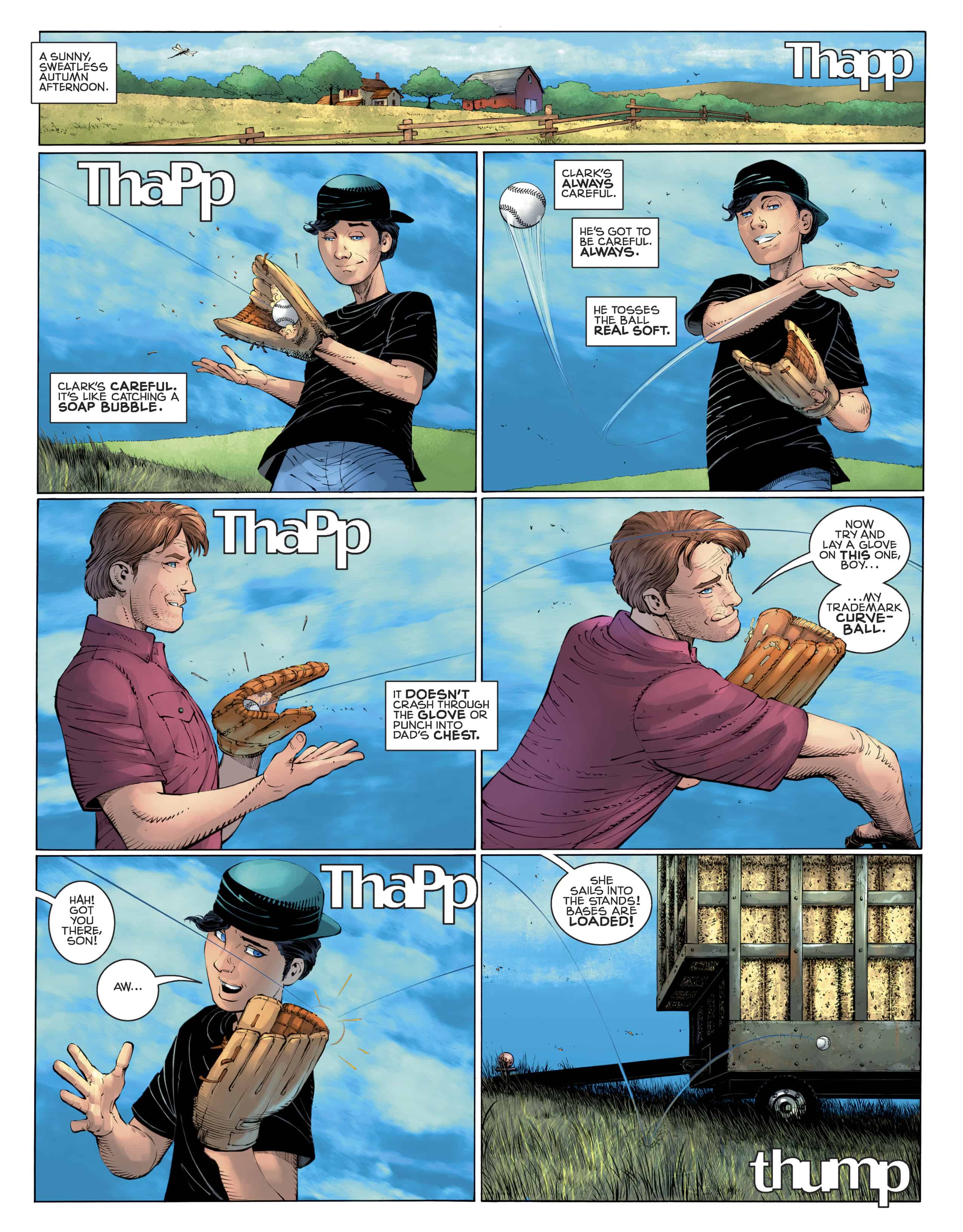 That said, my first and biggest complaint about this story lies in the further degradation of the Year One moniker. In fairness, this series of stories was started by the globally famous Batman Year One, written of course by the same man that wrote this issue, Frank Miller. Part of the appeal of the original story in my mind was it began with what could be considered the start of Batman’s career and moved forward a year in quantifiable time. At some point this literal interpretation of the title was lost. Between this, Flash Year One (currently running in the current Flash series) and multiple other attempts at the style, none successfully in my opinion with the exception of the 1995 line wide annual event of the same name (the Superman and Batman ones are all really good) the Nightwing miniseries and the Justice League of America maxiseries by Mark Waid. The issue I have is it defeats the purpose of the Year One name as anything other than a selling point if it’s used interchangeably with a simple origin tale. This book spans about 18 years give or take, and minus a couple points (mostly regrettable ones really) could have started on the last 2 pages and saved me 62 pages of nonsense and the time it took me to write this paragraph that makes me feel like a know-it-all.

My biggest takeaway from this book has nothing to do with the attempted rape scene, the strange choice to have Clark join the military, or the overly bucolic Kents. This book is BORING! A planet literally explodes to a dull, plodding narration (although the visuals are pretty great, possibly the best JRjr art I’ve seen in decades). It just goes downhill from there, without growing up as Superboy the intrigue and tension mainly comes from villains that are frankly so beneath Superman it bothers me. There was a glimmer of a “maybe” after the first time Clark fought the bullies and seemed on the verge of a lesson about violence not solving anything in the situation, but instead of finding some other way of dealing with his problems the situation escalates and, yep, violence solves all his problems (also peeing), no lesson is learned and a romance is born out of attempted sexual assault. 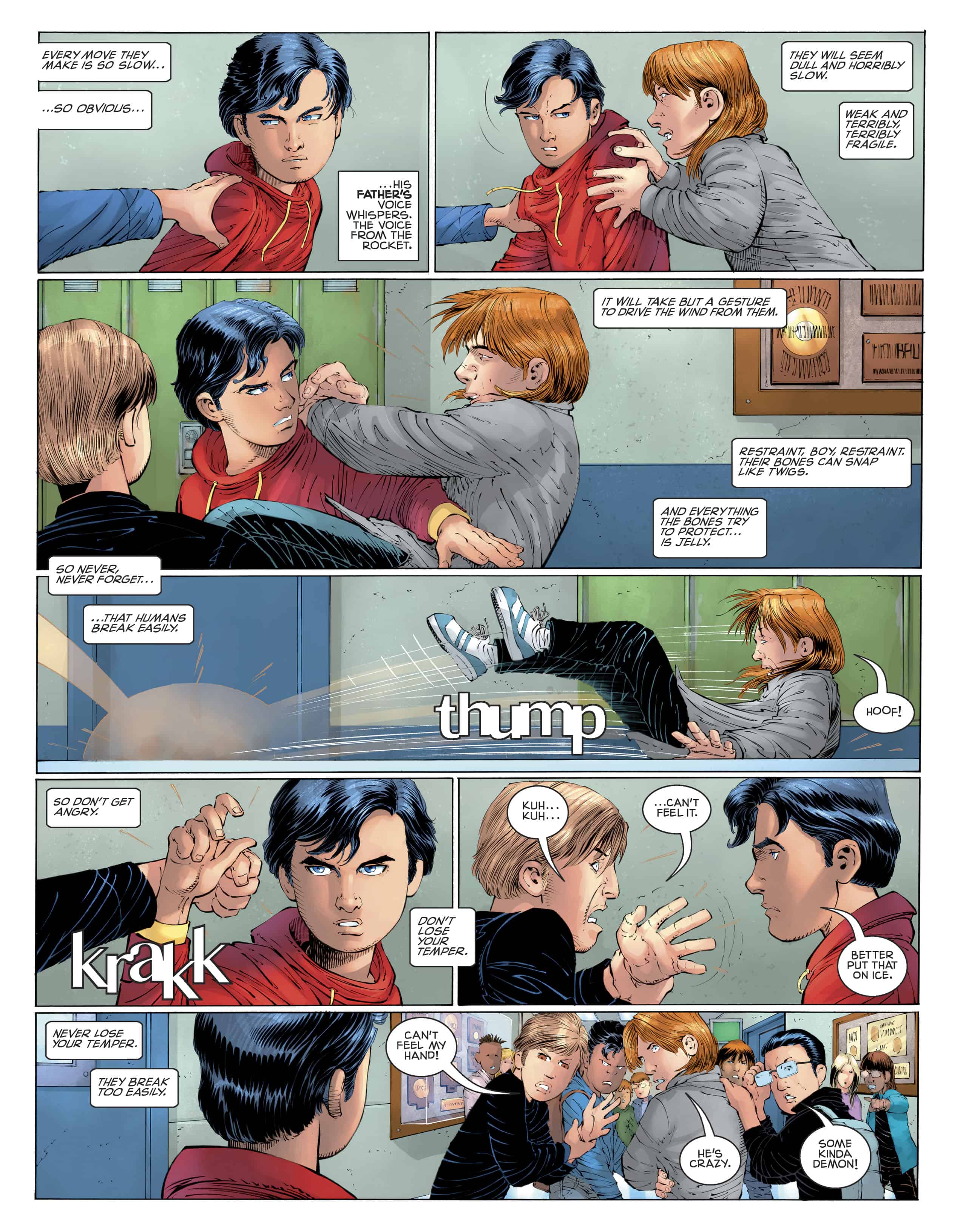 Now we move on to my next issue with this book, the Kents. Pa Kent alternates between talking like Kenneth from 30 Rock and a crappy commercial for Iced Tea or something. Maybe Pa’s folksy down home attitude is annoying, but Martha’s casual subservience and submissiveness really bothers me as well. Granted, Ma Kent isn’t quite the feisty spitfire an Aunt May or Superman’s Aunt Minerva (“WAIT SUPERMAN YOU FORGOT YOUR RUBBERS!” would have a very different meaning in a Frank Miller book…) but she has a damn spine and isn’t just a backdrop to yell things her son is doing! Awful.

Then comes Pa’s folksy wisdom about women that is completely dismissive and succeeds in making Martha Kent out to be an indecisive moron. 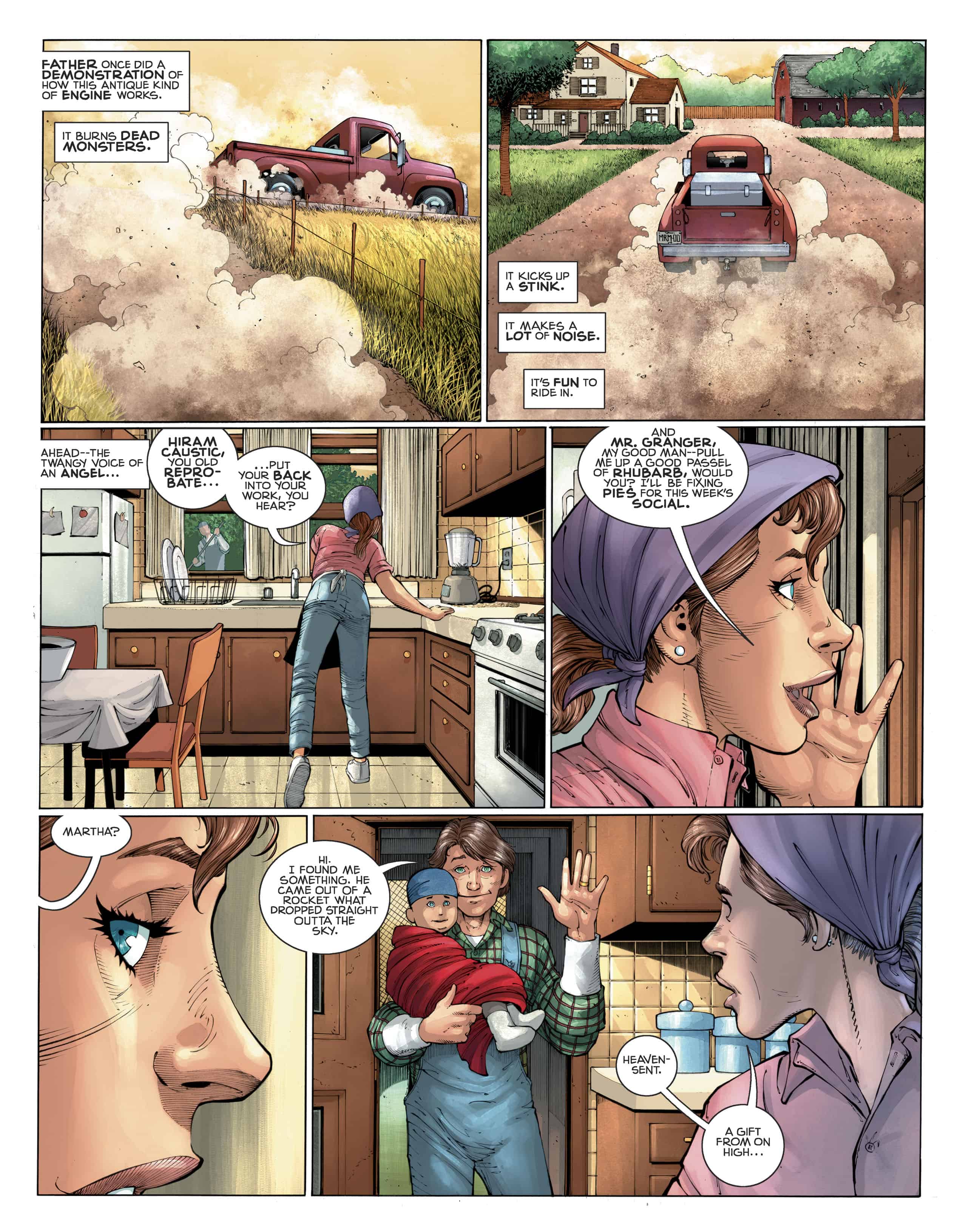 Likewise Clark’s school chums are basically faceless macguffins to create empathy to tempt Clark to lash out, which would have been better than this boring ass story. I half-expected Brightburn, but instead we got the Riverdale version of Smallville. Stupid.

I am reserving judgement on the decision to have Clark join the military, if it takes this story in a proper non canon divergent direction I’m in favor of it. I don’t need another Superman origin story.

The art by John Romita Jr, Alex Sinclair and Danny Miki is really good at points and passable in others, but sometimes slips into the classic JRjr pitfalls of gigantic cheekbones, low foreheads and weird body proportions. All of the action scenes take place off panel, so there isn’t much dynamic movement to judge by which is usually Romita Jr’s time to shine. I will say there are some landscape shots such as Clark brooding on top of a silo that look really great, and the opening scenes in Krypton are pretty good visually. 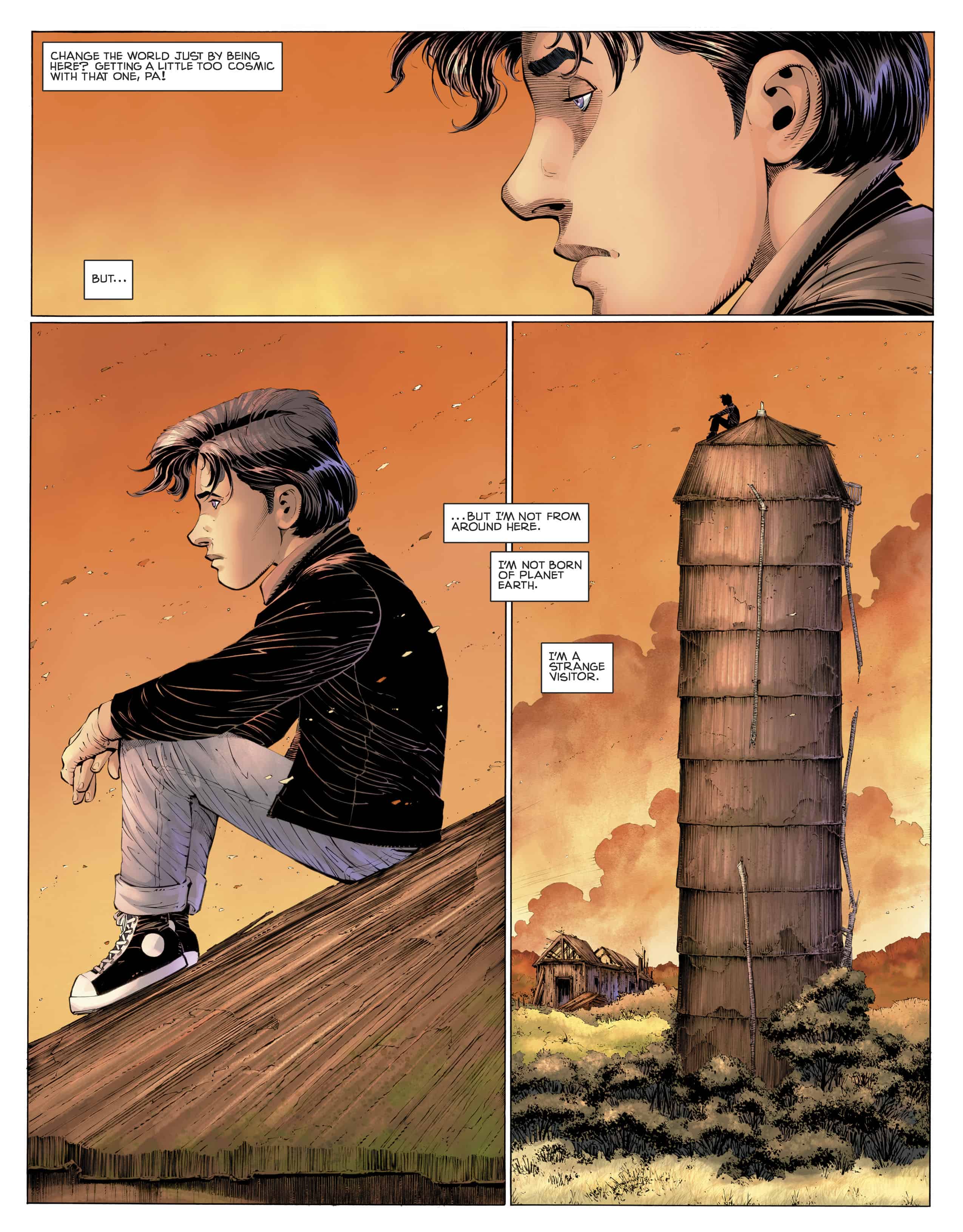 This long form story with one issue every 3 months might be the way to go for Romita Jr., as this is the most consistently decent work I’ve seen from him in a long time and he doesn’t have any of his usual signs of being rushed. I just wish he had picked a better book to apply himself on because this thing is not being received well.

On a final note, I will just voice my disappointment that a non canon book is being played so generically with fairly basic changes. Miller had the chance here to do something different and he has done anything but that as of now. So unfortunate.

If you've got $8 and are at the comic book store, buy something else.