Superman Year One: Seriously, Why?

Superman Year One trounces the character in a way no villain ever could. The character assassination of the Man of Steel by fedora enthusiast Frank Miller is made complete through a number of ways. This poor plot and dialogue work is unfortunate as this is seriously the best work John Romita Jr has done in years, possibly since Thor in the late 90s.

I won’t devote too long to this review as this series isn’t worth the hours I could spend writing about it. Characters are poorly written and depicted, worst of all not a single character has any bearing on the story for more than half an issue or less for the entire series. There is no villain but Superman resisting the urge to kill people as he calmly strolls through one altercation after another constantly talking about how dangerous he is and such, with a couple exceptions (in issue 3 his rescue of a toddler warmed my heart a little, although it was overall a stupid scene) no interaction with a human seems to mean a thing to him. No one is significant, he learns nothing. Despite having invented the ‘Year One’ nomenclature it apparently has evolved beyond Miller’s skill level with even the recent middling to decent Flash Year One (did he steal those shoes?!) running circles around this bloated travesty of nonsense. Granted this book is out of continuity which buys it a little leeway, it just doesn’t deserve that leeway. This book isn’t good, buy something else. 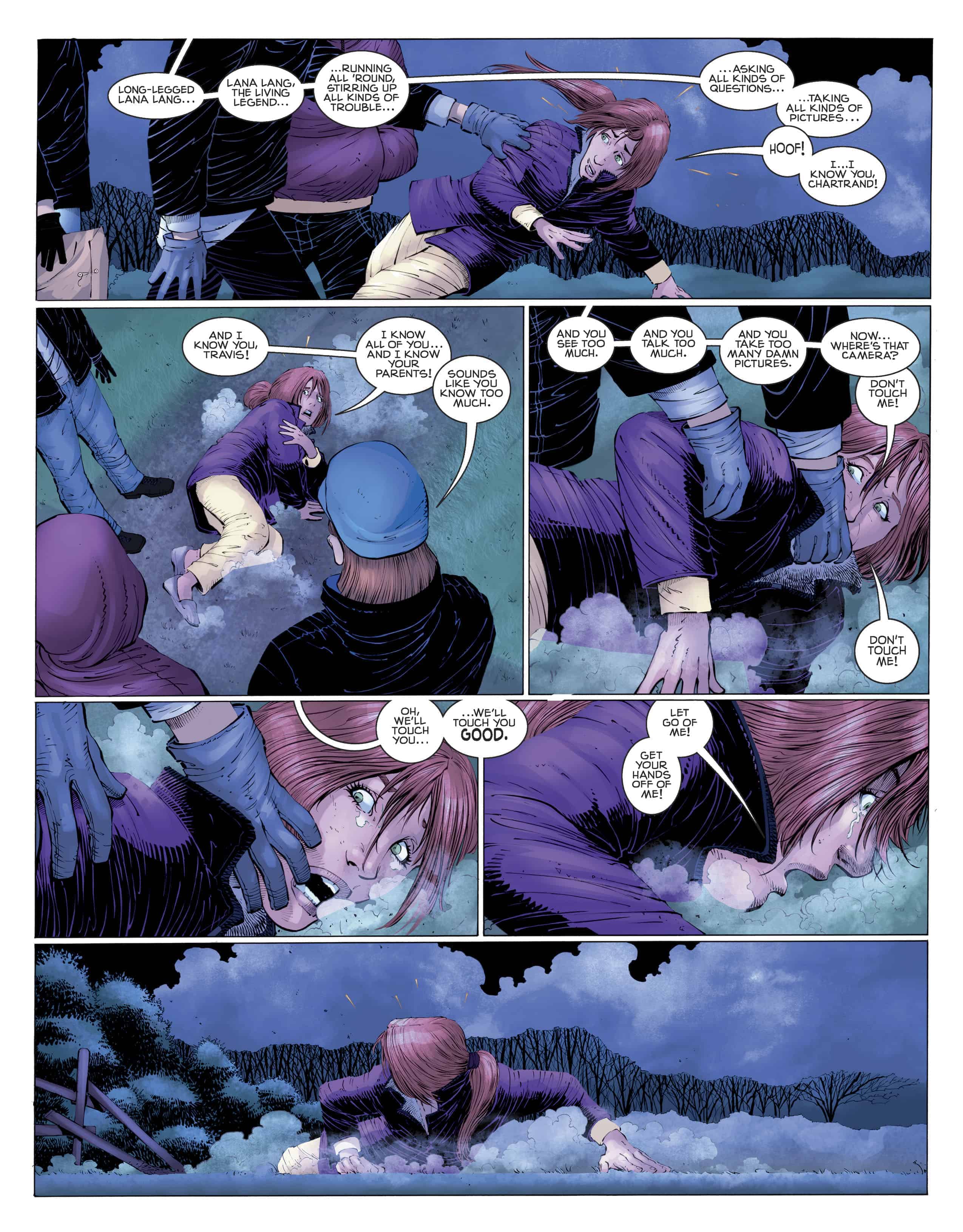 If you didn’t cringe you might be a sociopath

Here is a short quick list of things I didn’t like, to appease the people thinking the above isn’t enough, I don’t want to elaborate much further here (but will explain if anybody asks). From issue 1 and working forward:

Pa Kents dismissive attitude toward Martha and general hayseed attitude
The goth kid who stabs Clark with a pen, what was the point of that?
Lana Lang almost being raped which is promptly forgotten.
Most of the military stuff rings like nonsense, any questions about this I’ll field to our editor Cody. Worst of all of these being a bunch of recruits being sent out on a counter terrorism mission barely trained.
Lori Lemaris swoops in as quickly as Lana is forgotten, basically nothing in Atlantis makes sense. 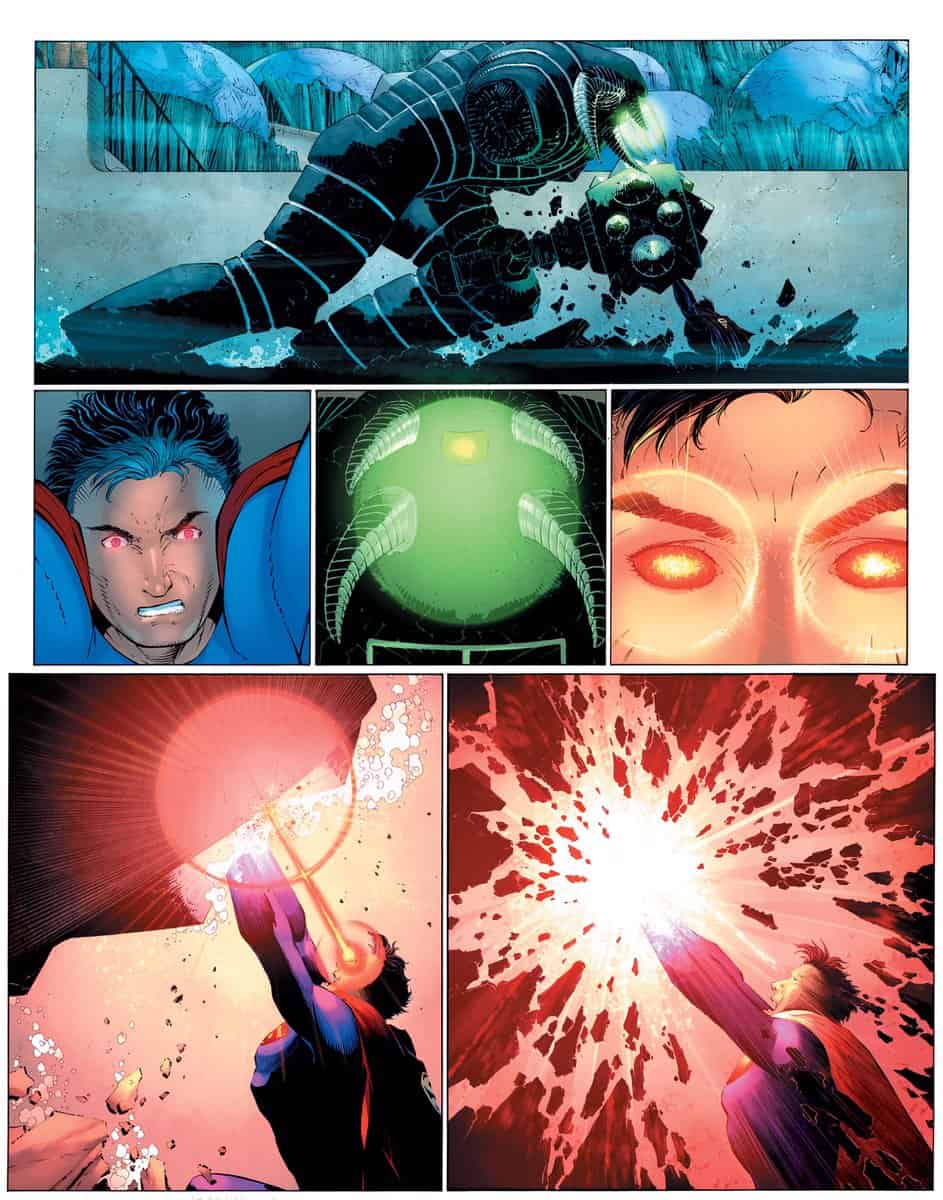 From this point forward every bad guy talks and acts the same, the same basic tone as the mutants from TDKR.
Clark goes to college in less than one year, while AWOL, it’s not like he quit a paper route…
Batman is just awful, it’s like a crappier version of Millers previous crappy Batman.
The hostage situation feels almost exactly like the hostage situation in TDKR with a couple especially stupid twists like Miller repeatedly acting like the terrorists are middle eastern despite none of them looking or acting that way.

Luthor is… actually not bad. WW isn’t terrible either. There are a couple of OK scenes in this three issue arc, but not nearly enough to justify the bloated price tag.

As I said above John Romita Jr. turns in his best work in years, it just sucks it’s for this. In particular his Lois Lane and Lex Luthor are GREAT and I loved the monsters in Atlantis. 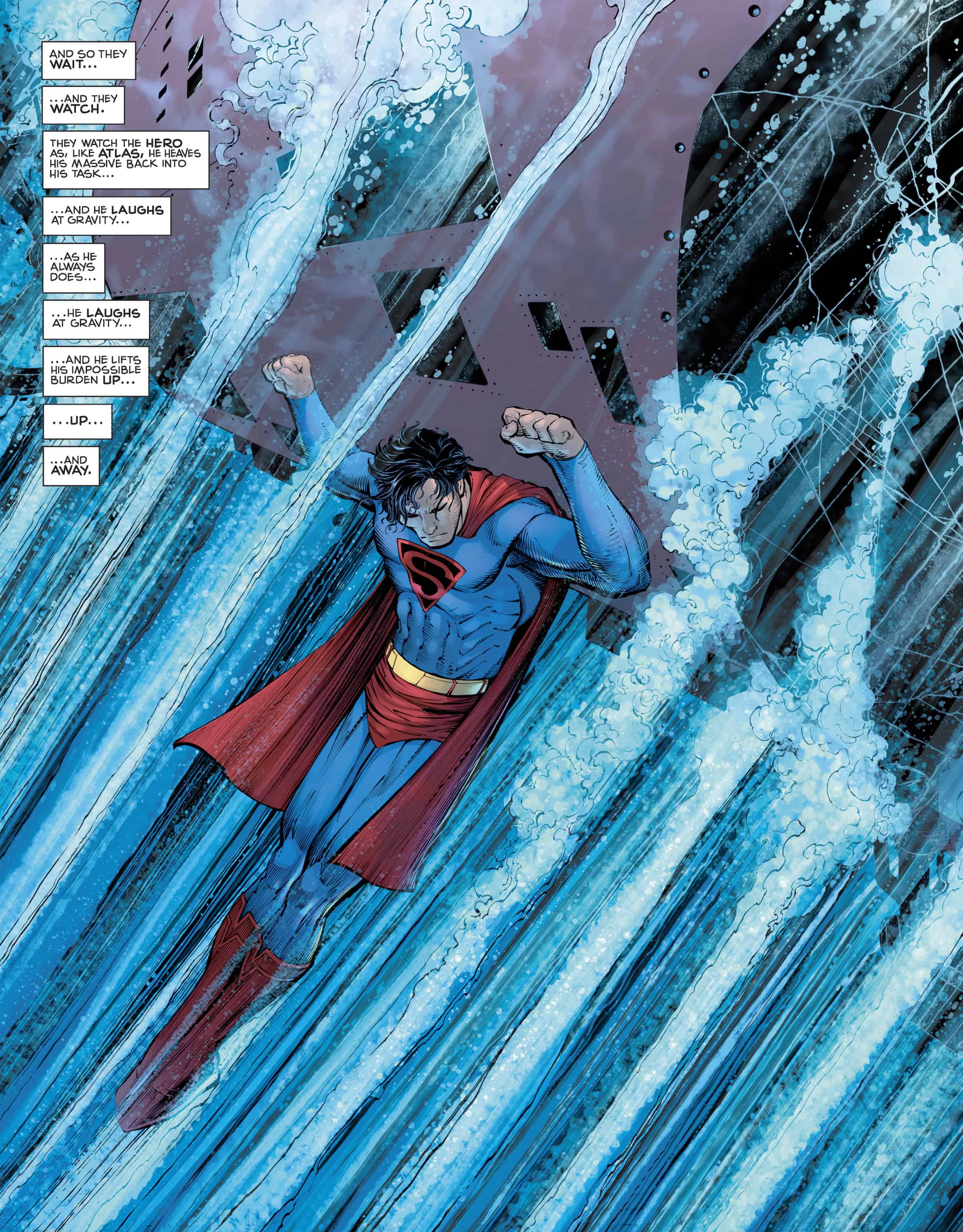 This book is not good and should be avoided.

Superman Year One: Seriously, Why?