Superman:Son of Kal-El #5: The Kiss 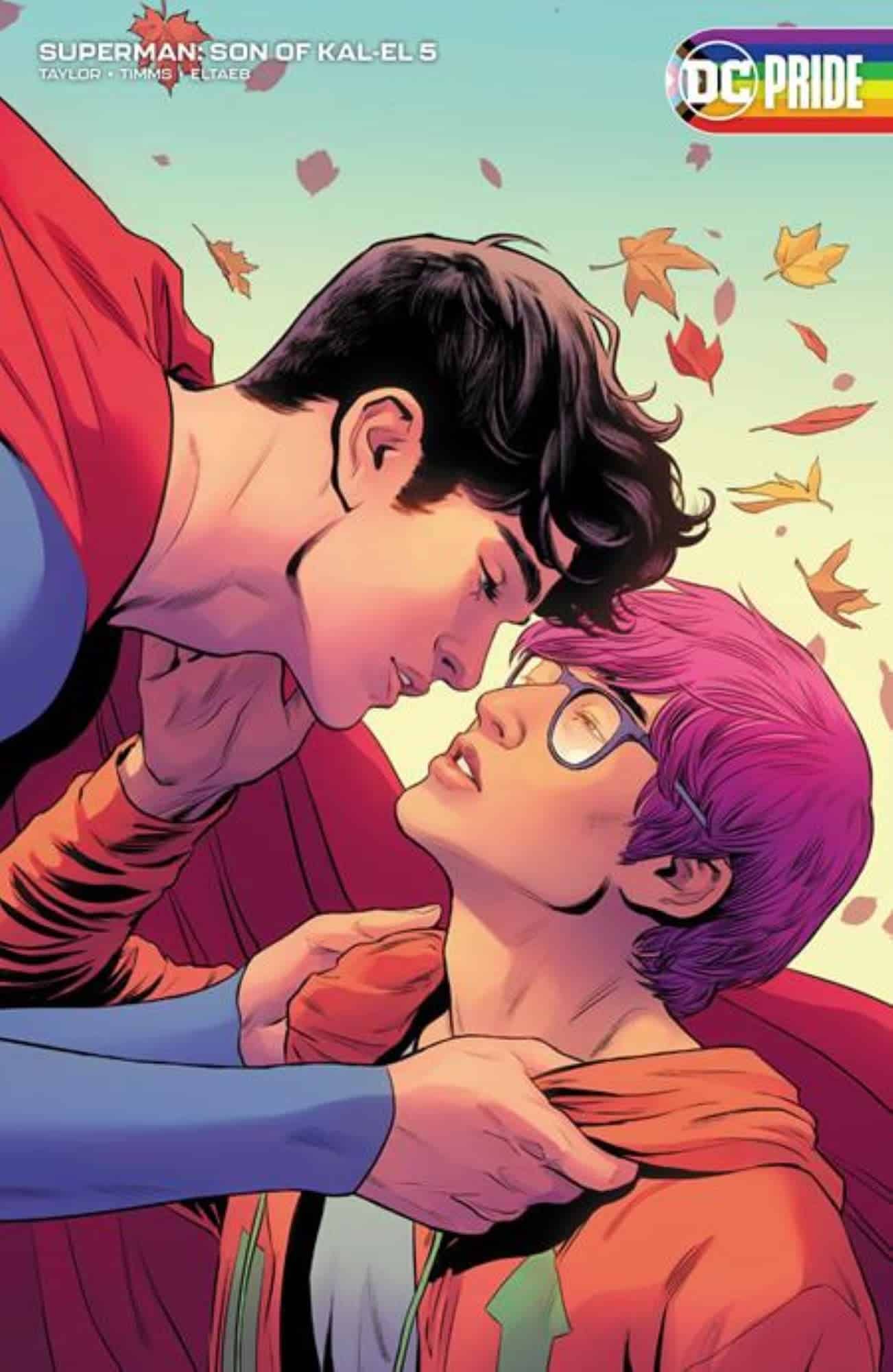 Bendix has boosted Superman's power beyond the breaking point. How can Jon save anyone else if he can't save himself?

This issue shouldn’t be divisive. It’s a sweet, heartfelt story, written with Taylor’s usual mixture of intelligence, humor, and heart, but I guarantee you that, by the end of the week, there are going to be thousands of screeds (riddled with hate speech and misspellings) uploaded by people who have never read it. Who will never read it. And that’s a shame. I’m glad that Taylor lives in Australia, where the gun nuts cannot reach him.

On the other side of the aisle, among my fellow members of the LGBTQ+ community, I’m personally bracing for the usual refrain of there not being enough ‘evidence’ for this character to be considered bisexual (the usual chant is: he’s/she’s/they’re definitely queer, but likely gay) despite the many, many affirmative statements that have been made by the writer. Honestly, as a bisexual non-binary person, the furore that has been built around this issue has been absolutely exhausting. The cis het male neckbeards and conservative pundits are far worse, obviously, but all of the bisexual erasure that I’ve seen around this character for the last month or so has been profoundly disheartening.

Ah well. The same thing happened with Kate Pryde, earlier in the year. ‘You’re not gay enough’ is a familiar refrain for people of my stripe. And the fact that Jon hasn’t said the words ‘I’m bisexual’ in hard text yet (though I think that he will) are definitely going to extend the argument. None of this is Taylor’s fault, of course. He’s doing wonderful things for representation, and his marketing of this issue has been incredibly shrewd. I’m especially glad to have another high profile bisexual character. Things like this make me, and millions of other Bi people, feel validated and seen. So Tom, if you’re reading this, I deeply appreciate it. Keep up the good work.

Anyway. I should probably talk, a little, about the actual book, right?

I loved that Jon and Jay’s romantic moment emerged from a place of genuine care and relative equality. Jay’s phasing power means that he cannot be hurt, by Superman or anyone else, and this allows Jon to not only relax around him (for once he doesn’t have to worry about accidentally hurting anyone, a point which was very beautifully handled by the script) but also it allows him to, for once, be taken care of. Jay can provide care for Jon. Jay allows Superman to rest. He gives him the space (and resources) to take care of his own physical and emotional needs, so that he can serve the needs of others.

But it’s important to note that Jay isn’t a damsel. His powers are different from Superman’s, but they mean that when they are together Jon doesn’t have to worry about protecting him. They can just be two young men in a relationship. And that’s absolutely beautiful.

Taylor has a genius for writing characters that are good but not boring. He understands that only assholes mistake viciousness for depth, and that means that his prose is as refreshing as a draught of cool water after a long, hot walk. Jon’s goodness, his profound (almost existential) desire to help is itself interesting. His determination to rescue as many people as possible, pushing even his hybrid-Kryptonian physiology to the brink, raises interesting questions about why. Why is this character, who is almost a god, so determined to help these pitiful creatures who are constantly electing idiots, razing the environment, and putting their neighbors in peril for insanely asinine reasons?

So far, the answer seems to be: Because he views himself as one of them. And that is excellent. Jon is a part of this world in a way that his father isn’t quite. And his roots have gone in deep.

John Timms’ art is uniformly beautiful. His figures are incredibly expressive, and it’s wonderful to see action (such as, oh, Jon carrying a bridge over his head) balanced with quieter moments. Such as a kiss. Every scene has been perfectly weighted, planned to hold just the right amount of energy and emotional weight.

This is a wonderful story, told with tremendous skill and illustrated with art that verges on gorgeous. I cannot recommend it highly enough.

This is a wonderful story, told with tremendous skill and illustrated with art that verges on gorgeous. I cannot recommend it highly enough.

Superman:Son of Kal-El #5: The Kiss