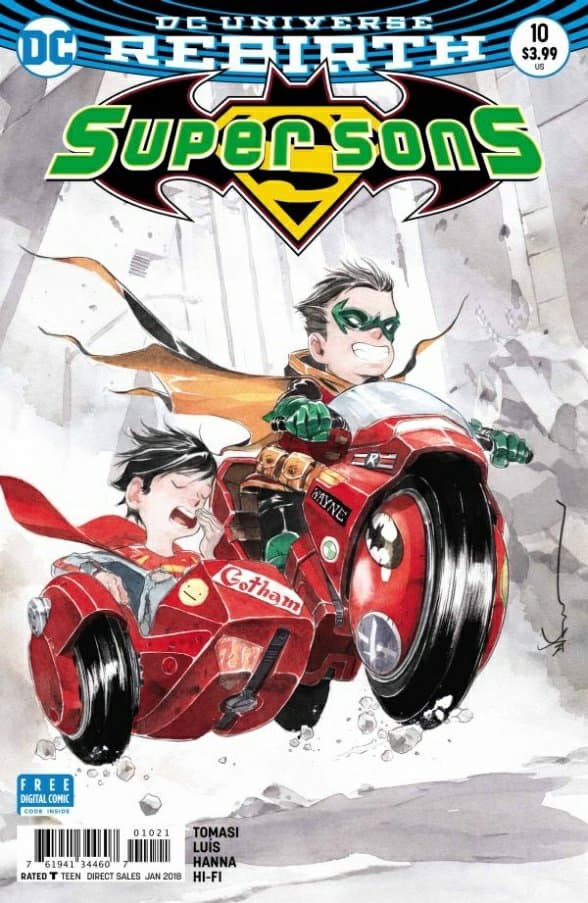 The Supersons are enjoying a day out with their fathers, and it’s a day they won’t soon forget!

What You Need to Know:
Damien Wayne, the heir to The Batman, is the newest and youngest member of the Bat family and the most recent to wear the uniform of the boy wonder. John Kent is the super son of Clark Kent and Lois Lane. At ten years old he started fighting for Justice under the name Superboy, and together these two young heroes are none other than the SUPER SONS!

What You’ll Find Out:
When the boys are out with their fathers they seem to be able to bring the best out of each other. Both Damien and John although young have developed complete different personalities, more than likely thanks to the influences given to them through life. When all those differences are set aside these kids make one of the most unique and fun co-op teams in DC comics. John shows everyone that he’s finally mastered flying (for the most part) and while everyone watches as he fly’s around the sky they give off some very down to earth dialogue. 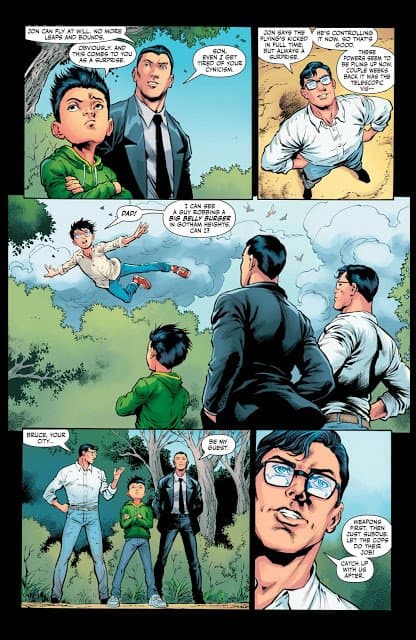 Tomasi once again shows his love for this group of characters with great character chemistry and some fun lines shared between Clark and Bruce that once again reminds me of old Loeb and Lee’s Worlds Finest stories.

The main story is cut off in the middle for an “intermezzo” which is interesting. Set in what looks like the future. A different kind of Batman picked up what looks to be ripped up Batgirl costume remains. Although we don’t get much information on this, it’s an interesting set up for what will probably be the next full arc. The new Trench coat sporting Batman seems angry and ready for revenge. Maybe this is the defeated Time Drake from Detective Comics? Who knows. 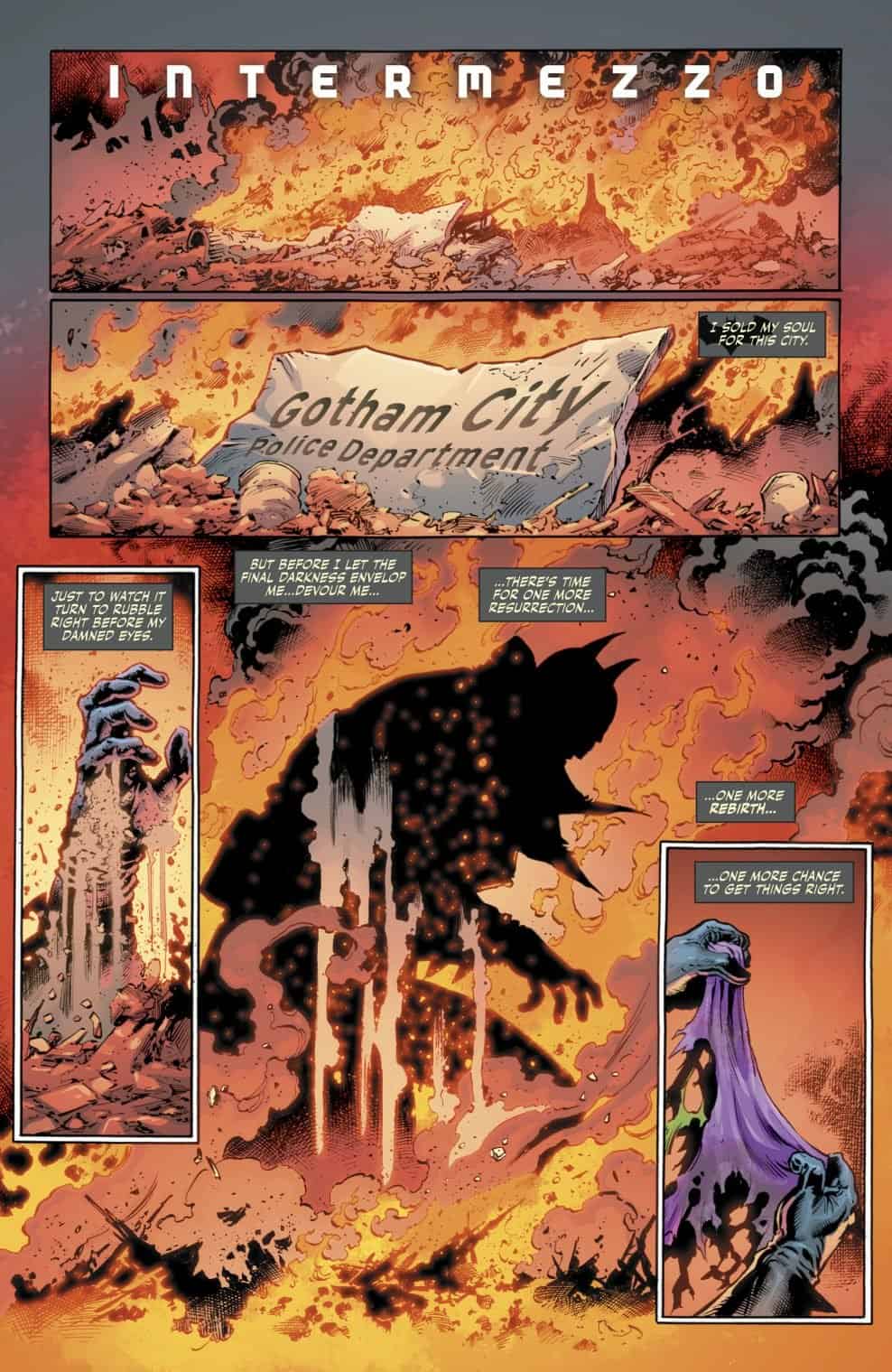 After said intermezzo ends we go back to the story at hand. Our youngest of the two hero’s is sound asleep when he’s surprised by his father asking him to get dressed. The older of the two is already set to go when his dad tries to wake him, and they set off for an unknown location. This underwater base is the brand new headquarters for our team that John happily names the ‘Fortress of Attitude” and almost immediately Damien is suspicious. Clark and Bruce go on to tell them they will be starting private school together where John and Damien will both at a loss for words, but for very different reasons. Damien is astounded that he’d be forced to be schooled by people under him (so he says) while John is all too happy to have his best friend with him at his new school. Before either two can argue their point further an alert comes across their new computer screen as the Super Sons race to save the day!

What Just Happened?
Tomasi and Luís deliver one of those fun filler issues you need after a heavy arc, and nine times out of ten filler issues can be pretty forgettable, but Tomasi finds a way to make this a key issue for any fan of new DC locations and fans of the world’s finest in general. The storytelling is fun and comprehensible with just enough to keep you interested while not overfilling a one-shot story.

I love when Clark and Bruce hang out with the boys, each character bounces off of the other so well, and naturally. Honestly, if the duo didn’t show up so often in this series I’d call for a four-person team-up between them all (maybe a future arc?). The dialogue alone keeps you wanting more when these four are together with fun Jokes and sarcastic cheek sucking from Damien. Nothing beats the world’s finest and their younger counterparts sharing a comic page together.
Luis does a great job following Jimenez with these characters, not trying to take to much artistic direction, and building off of what came before. We get well-done panels with great character design, and even the beginning has a familiar nine-panel layout that’s been popular with all the Watchmen talk lately. The style seems a little more old school reminding me of how the characters looked in the 80s and 90s.

Final Thoughts: I find it tougher to give a single number rating to a filler issue like this. Although there is nothing very useful here it’s still a fun read and is the type of comic that helps you understand these characters in a more realistic sense. These types of issues can make you feel connected with these characters, unlike a full arc can. The fact that this will be a key issue due to the first appearance of the “Fortress of Attitude”, plus it also has some intense secrets to what the future holds. I’d say all of that together makes this an issue you don’t want to miss!