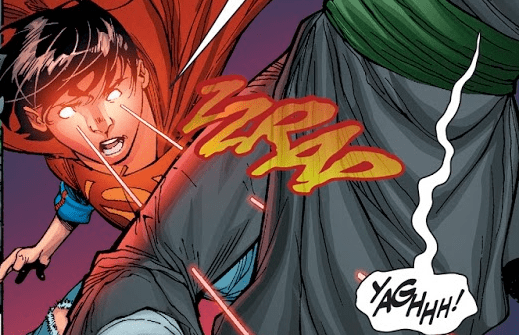 As the boys try to transition into their new classes, Talia decides that she has other plans for Damian. John finally learns more about Damian’s past, but will this news hurt the boys’ friendship? Find out in Super-Sons! 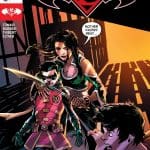 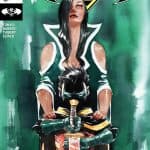 What You Need to Know:
The super duo of Jonathan Kent and Damian Wayne have been teaming up with the supervision of their fathers (for the most part). Every now and then the boys decide to take matters into their own hands as they fight through the likes of Kid Amazo, Lex Luthor, and have even found a world full of superheroes.
The kids have even been given their own HQ thanks to Batman and Superman. The team has been through so much, and Damian and John have grown to actually like each other, for the most part. However, all good things must come to an end, and Talia might just be the mother to ruin a good time.

What You’ll Find Out:
Bruce and Clark have decided that their sons need to live a somewhat normal life. They decide to send the boys to public schools and the duo has very different reactions. Damian loathes the thought of a school filled with people his age but not up to his stature, but John can’t wait to meet new friends, but no matter the argument, what dad says goes. 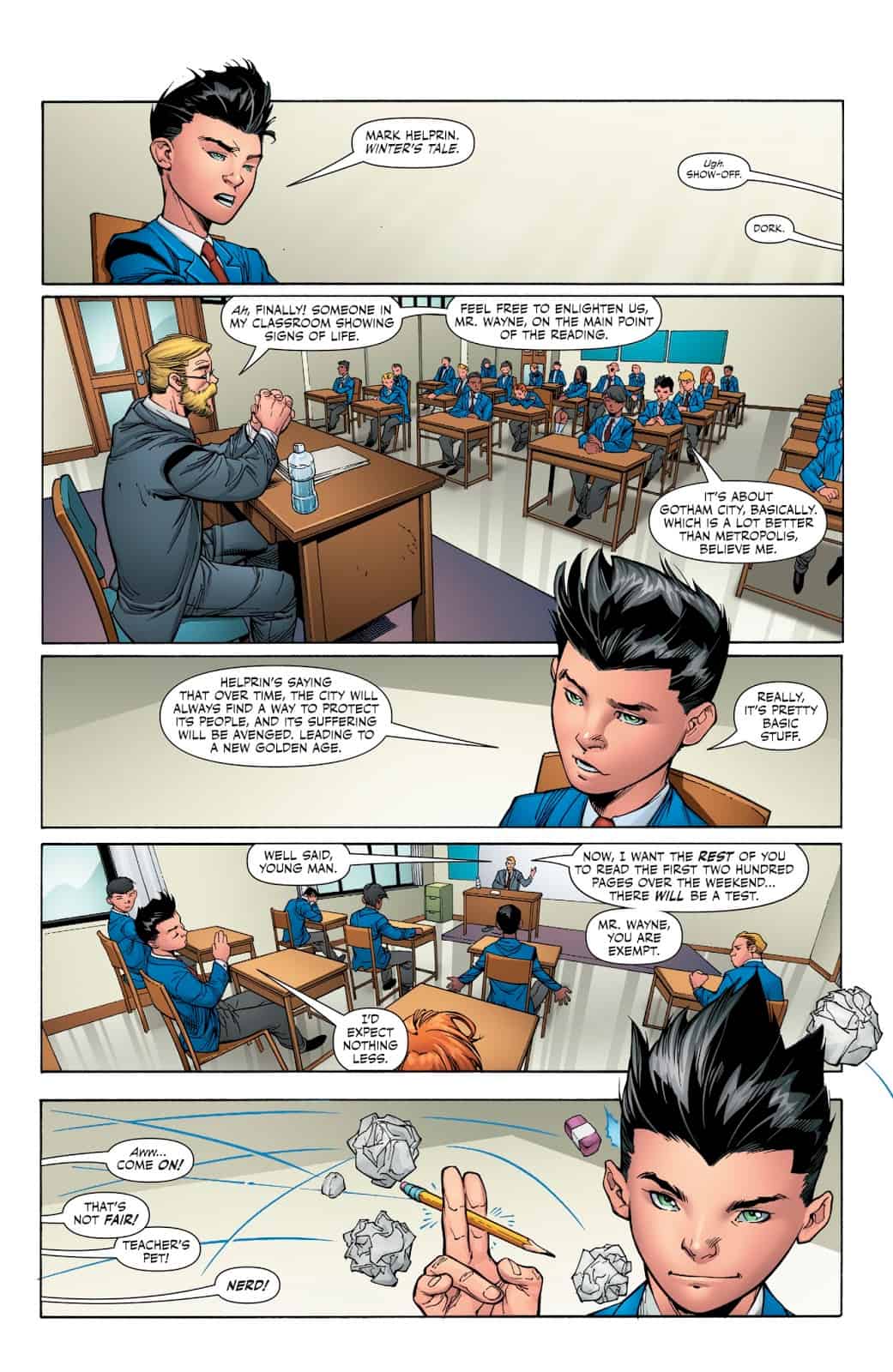 When the boys finish school for the day a surprise visitor decides to have a look at the boy’s new school. Damian quickly realizes that they aren’t alone and finds his mother Talia Al Ghul sneaking around the school. 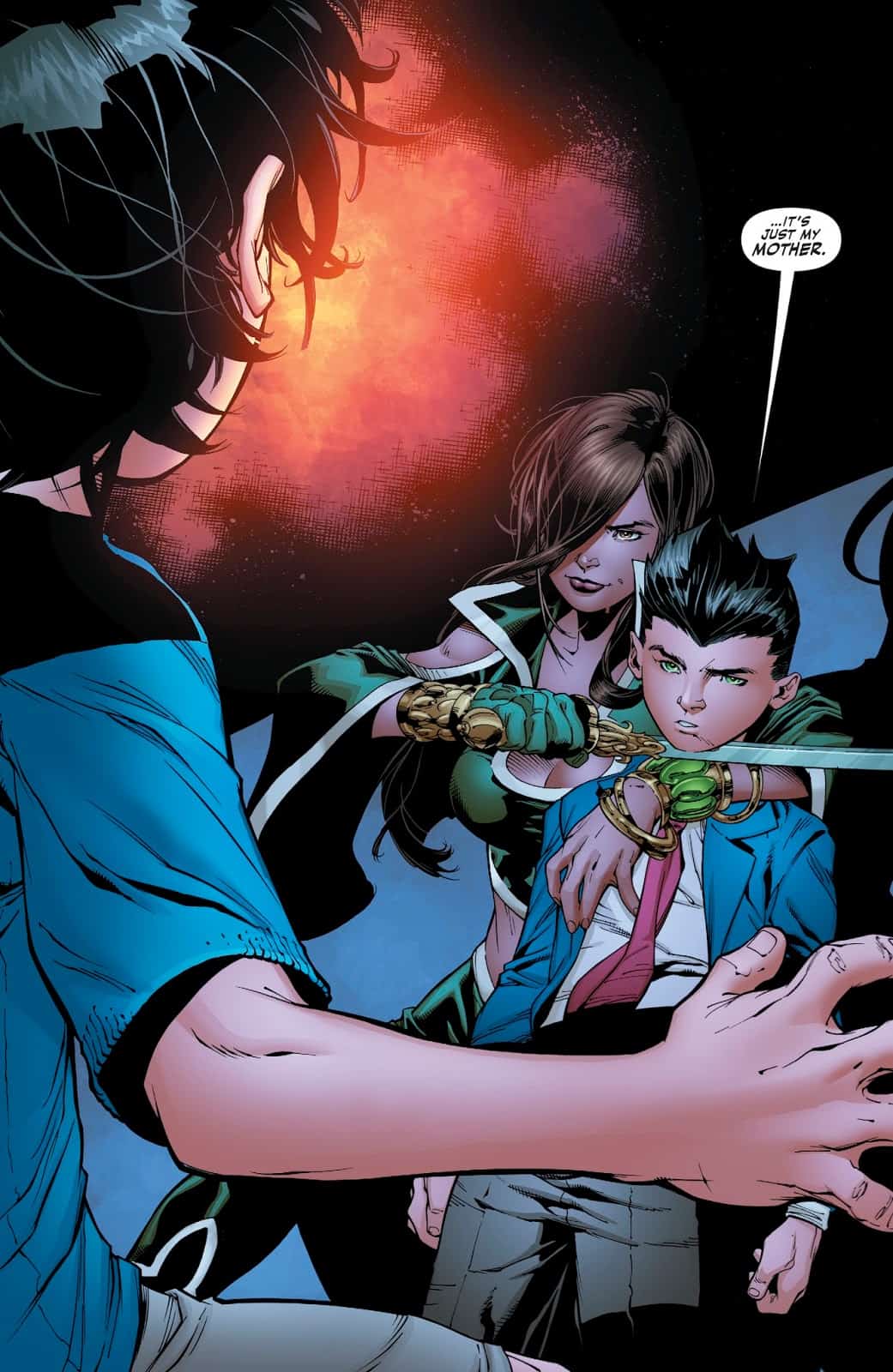 Talia doesn’t believe school is the best place to home in his skills as an assassin and that Bruce isn’t using Damian to his full extent. Talia lets Damian know that she has important matters to take care of and needs the best of the best, to her, that’s Damian. Talia keeps trying to break Damian’s stride by bringing up his past while John starts to figure out that there’s a lot he doesn’t know about Damian.
After a fun conversation between John and Damian in the HQ that has become my favorite parts of this title, Damian leads them on a mission to find out exactly what Talia is up to, and maybe put a stop to it. 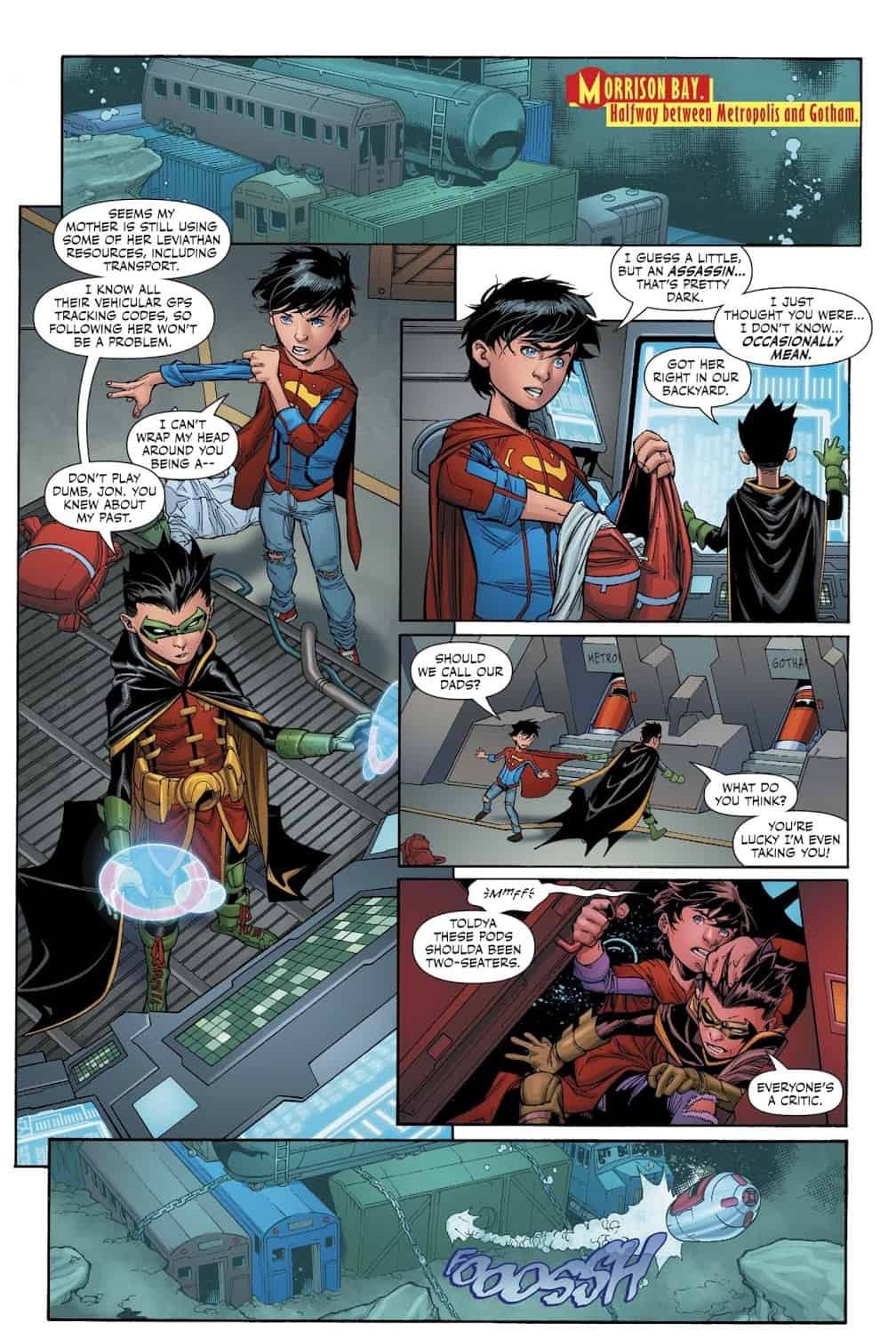 They break into a building owned by Tilden Troy, a business model that supplies the Gotham underground with drugs and weapons (learn more about Tilden Troy in The Silencer). The boys find a whole team of League of Assassin ninjas, 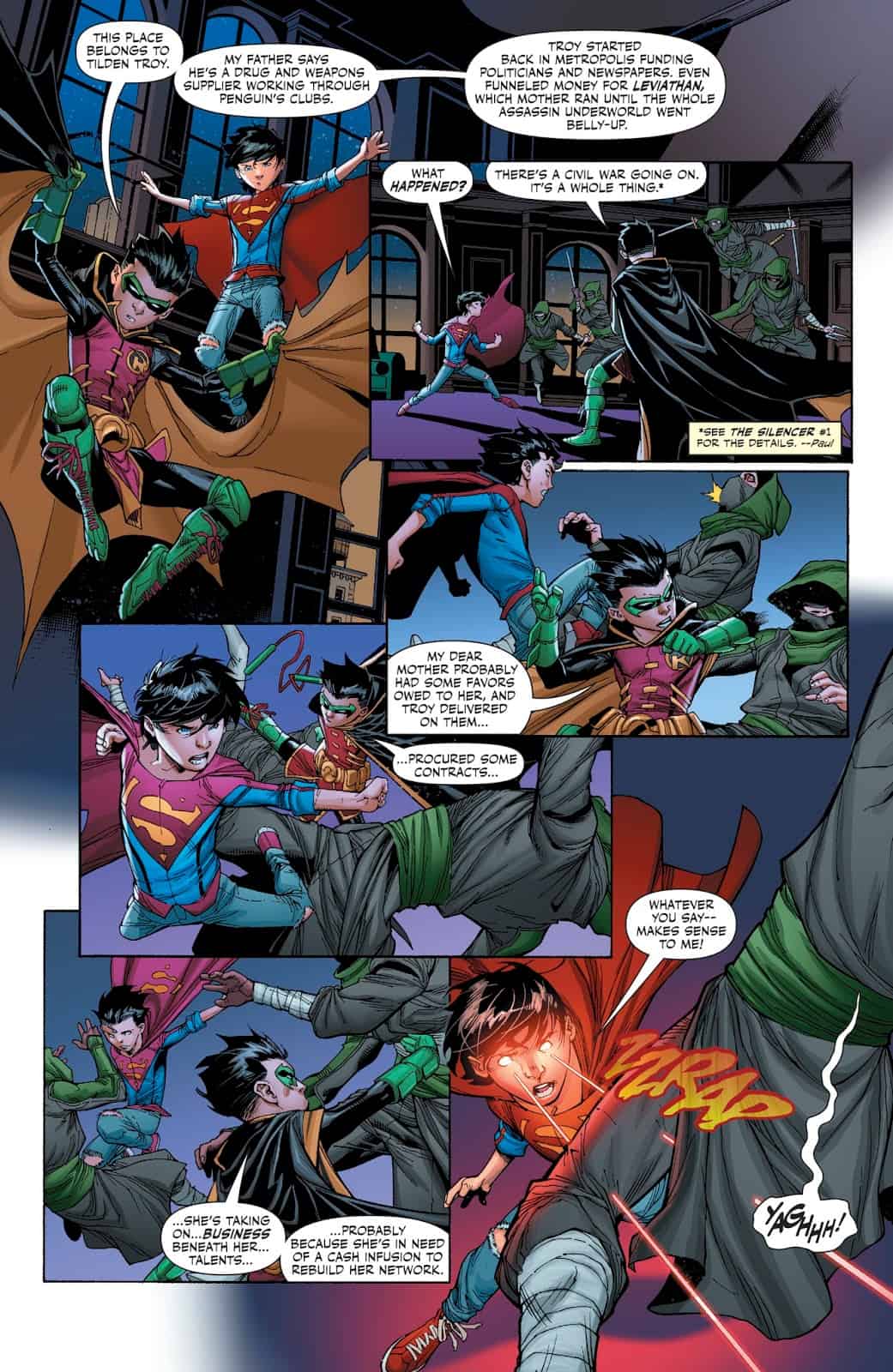 but before they can pummel them the ninja’s surrender at the sight of Damian The Demons Son! Finally, John starts to realize the full extent of Damian’s past but quickly forgets when Damian lets him know who his mother’s next target is, Lois Lane.

What Just Happened?
In a very well written setup issue, we find the boys in school clothes for the first time. Their chemistry even at school never changes and always leaves me wanting more moments between John and Damian. We even get to watch Damian kick some but in his school uniform which is only as elegant as it sounds. The “Mother and son” story they are setting up seems like it will be a fun piece of history for the boys, and will hopefully have some long-lasting effects on the boys.
The art in this series is always nice to look at. It’s a style that fits these characters, even if every face shape Carlo Barberi seems to draw is a teardrop shape. The dark blues and greens seem to devour most of this issue, which is fine seeing how most of the story takes place at night. The real stand out moment in this issue for me is watching john execute a league member with a direct heat vision shot to the knee, that member might not be much of an adventurer after that.

Rating: 9/10.
Final Thoughts: This last arc is shaping out to be a good family-building story that I hope knocks it out of the park before Super Sons comes to its very early end after issue #16. I am very sad to see this series ending as it was easily one of my favorite Rebirth titles. Peter J. Tomasi promised we would see the boys again soon, not including the Hanna Barbera crossover the boys will have soon. I believe Tomasi will give this title the send-off that it deserves with this last arc, and this issue was definitely a good start to the end.