Swamp Thing #7: In My Infancy; Part 2, Time to Face the Past 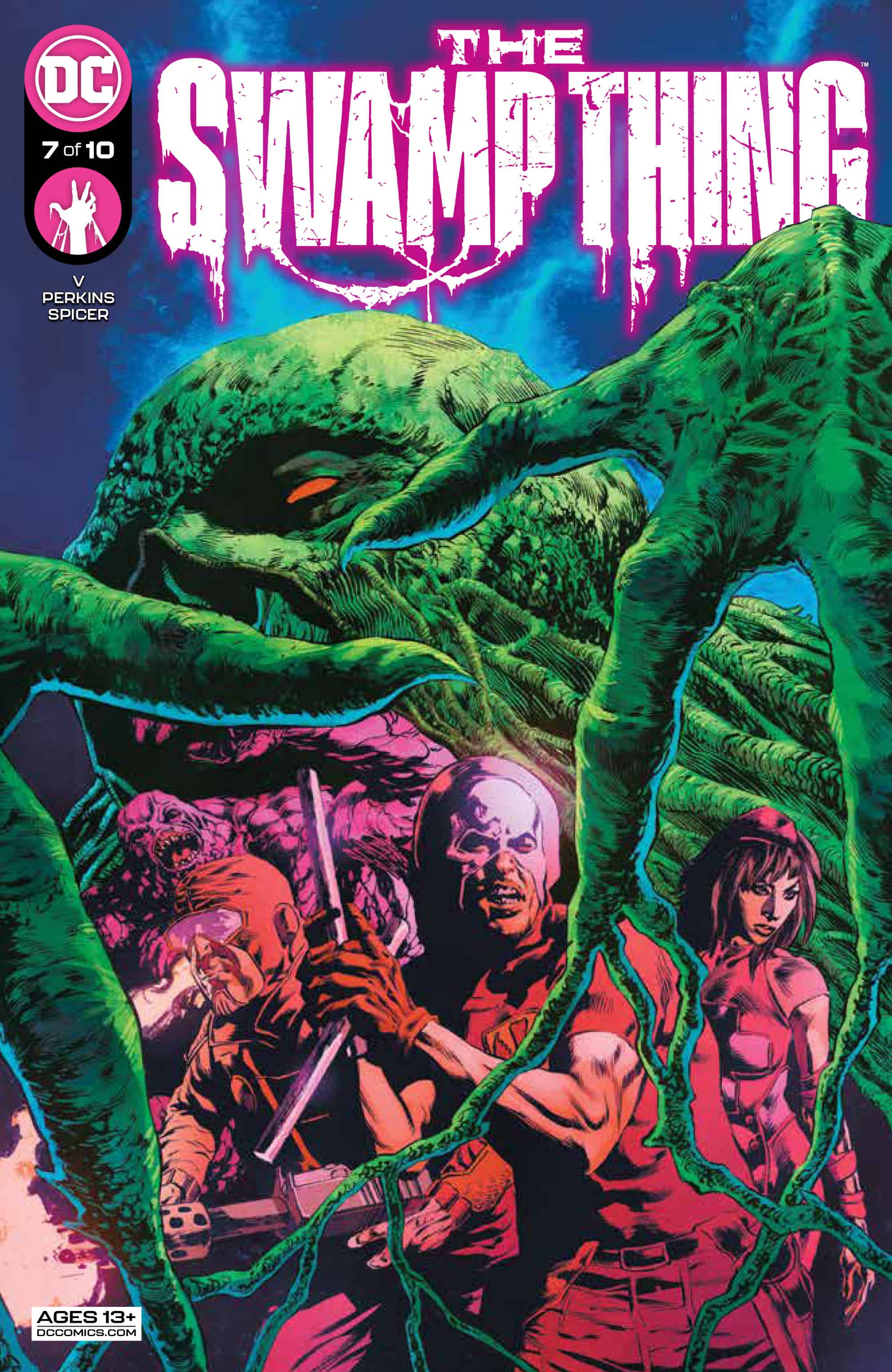 Broken and untethered from the Green, the Swamp Thing is on the run and being hunted by the Suicide Squad, deep in the forests of Kaziranga. Having learned about the true nature of the Green, Levi Kamei knows that if he is to make it out alive and regain his powers, he must choose to embrace the memory of the events that made him the new avatar of the Green—no matter how painful. But time is running out, and Levi must make his choice, as an old nightmare now stalks his steps. 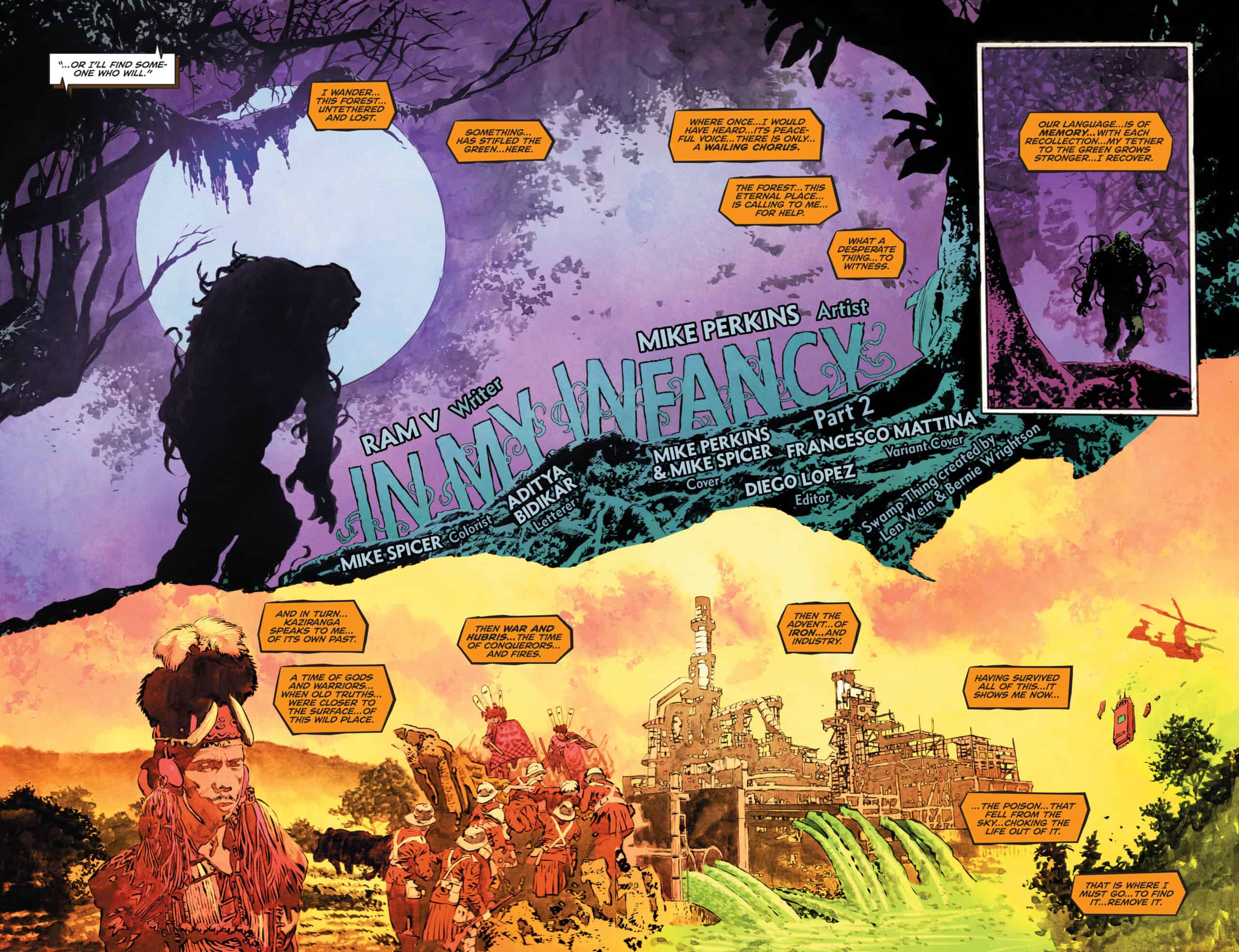 Ram V is a masterful storyteller, that much we have learnt over the course of this series of The Swamp Thing. And Issue #7 might just be the best one yet.

When I started reading V’s Swamp Thing, I was not expecting to see a South Asian man as the lead, and over the course of the series, I have come to appreciate how V weaved Levi’s South Asian background throughout the story, without them feeling forced or ingenuine.

What stood out to me in #7 was the importance of memory. As Levi must face the past, the memories he does not want to re-visit, we too are forced to face the reality of how the West can abuse its power, and force its will on other, more vulnerable countries. It would be hard to not to draw comparisons of Prescot to those of corporations like Coca-Cola, who force their way into Indian villages, ‘buying’ up their land, threatening to destroy their history and culture,  and exploiting their resources.

As a South-Asian immigrant myself, it is also powerful to see a divide between the ideology of levi, who has lived in America, and his family, who are based in India. There is a stark disconnect between what both parties deem important, and it is something I myself am quite familiar with. it may not be something that everyone can relate to, but for those of us who can, it is of extreme significance to see that divide, that struggle, that pain to be acknowledged and  represented.

Paired with V’s storytelling, is the breathtaking artwork of Mike Perkins, and this is a partnership which I want to see more and more of. We were already aware of his unsettling and eerie depiction of of the forests and the monsters, which could easily run a chill down your pine, but in this issue, we get to see that he is just as brilliant in his depictions of regular people and their conflicts. The flashback scenes, an integral part of the series, stand on their own two feet, and reflect all the pain and hurt which Levi was holding back.

The focus on Levi and his past in this issue was an important one, and I cannot wait to see the rest of the story unfold.

Visually brilliant, chilling and heartbreaking, issue #7 offered a much needed insight into Levi’s past. We are getting closer to the finale, and I for one cannot wait to watch it all unfold!

Swamp Thing #7: In My Infancy; Part 2, Time to Face the Past