Sweet Paprika #3: Even Devil’s Have Trauma 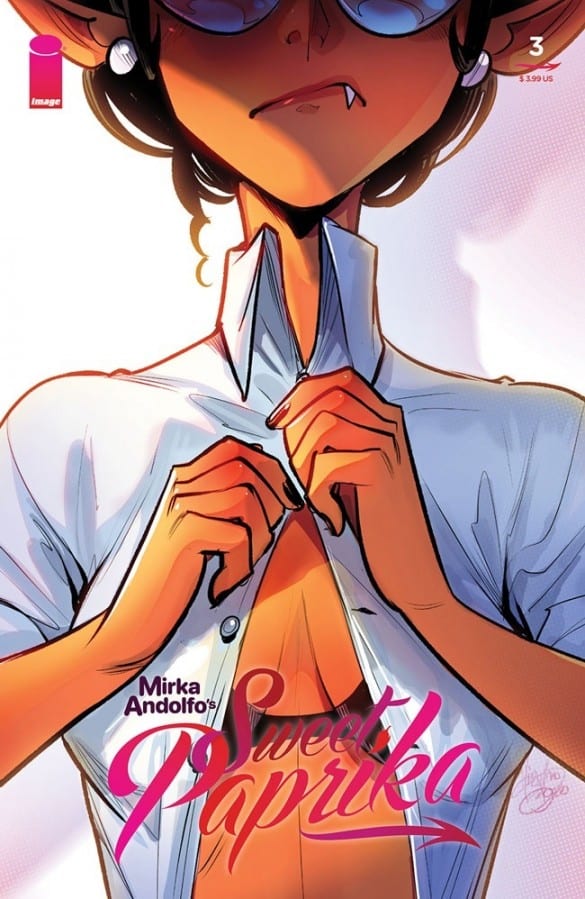 Paprika’s “forced fun” night doesn't seem to be too bad, perhaps—but, in the end, not too great either. Come on, staying together for so long, for no real reason...how can people like it? Then, while her father seems to be recovered and healthy again, Paprika will have a nasty surprise...

Sweet Paprika continues to be a story that seeks to humanize a very literal devil. Paprika is a character that I think most people can find relatable in at least some way, whether it’s the sexual frustration, the struggle to make friends, the drive to prove something to others, or a want to work hard and earn your keep. All those different things that Paprika struggles with or sets out to do come to somewhat of a head here in Issue 3, which takes place in a major social gathering– the exact opposite of a place Paprika likes to be.

Hot off the heels of her father’s heart attack, Paprika would rather be anywhere else. Parties aren’t her thing; she simply sees them as business opportunities, which definitely makes her hanging around to spend time with a fellow devil much more out of left field. Especially since up until this point, she’s seemed to be unable to stand anyone. 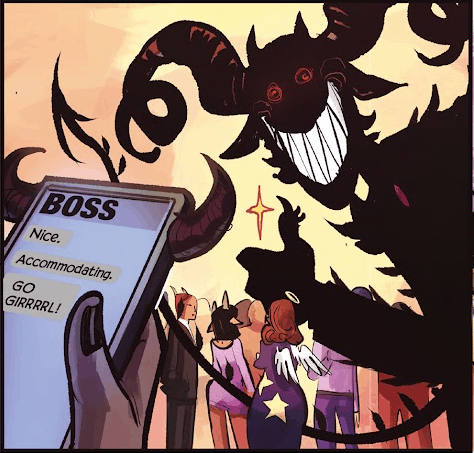 This party also serves as a good chance to let us see how her and her ex interacted, as it is a party for his book getting a movie deal. We’re told previously that Paprika’s father greatly approved of him. Which is easy to see. He’s polite to everyone, but he’s judgemental of Paprika in the same ways as her father. He sees her as something to be covered up and not allowed to express herself in any form of sexual way. Which is something I feel many readers can relate to.

These experiences with her ex and her father have clearly caused some form of trauma, as she self-sabotages pretty heavily when she finally finds a chance to make a companion– another thing readers can heavily relate to, myself included.

This issue very much shows us different sides of our main characters: a vulnerable and saddened Paprika, as well as a more serious and comforting Dill, who comes to Paprika’s aid. Their relationship seems like it will be vastly different going forward due to their interactions this issue.

Issue 3 was definitely one of the strongest so far in terms of really pulling me in and getting me invested. I’m excited to see where things go from here.

Mirka Andolfo continues to deliver a compelling story about a person who struggles with companionship, sexuality and work/life balance. The book continues to remain relatable despite the outlandish characters. Once again I've found myself enjoying Sweet Paprika from front to back.

Sweet Paprika #3: Even Devil’s Have Trauma