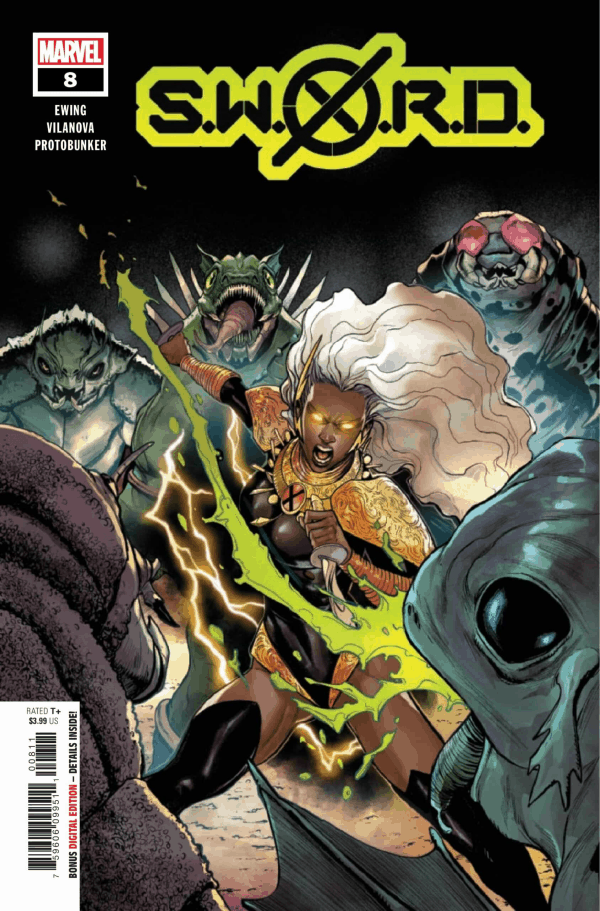 In which we learn about the government of Arakko. It's, unsurprisingly, very stabby.

There was a great deal to love about this issue. For long-time fans of Storm, it’s difficult not to love watching her effective, no-powers fighting. The fact that she was recently depowered and made to fight in X of Swords (in almost exactly the same context) is forgivable since this issue did it better.

I’m always interested in learning about the sociology of new fictional cultures (I’m a nerd. Bite me) and Ewing provided loads of insight into the culture Storm has become a part of in a way that felt organic and believable. A culture like Arakko’s would definitely test the newcomer, and Storm has the strength of personality, the gravitas, fighting skill and deceptive beauty (the beauty of a clear spring day in avalanche country) required for someone foreign entering a warrior culture. 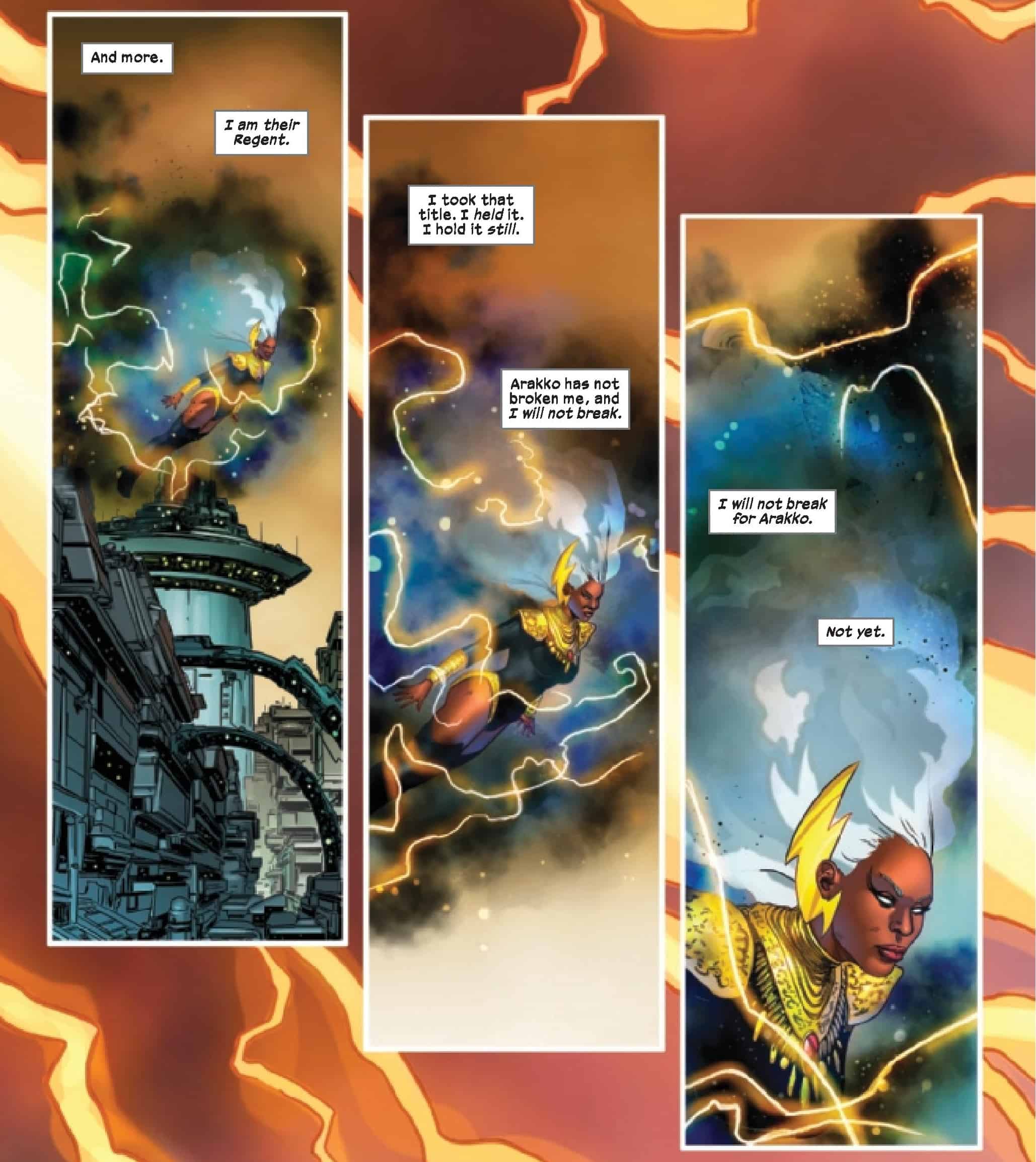 The focus of this issue was character, both the face of the Arakkoan nation, and the character of the woman who is now its Regent. Both were explored well. As I said, the fact that Storm can fight effectively while she’s been rendered powerless and deeply in pain is not surprising to anyone who’s read any of her major stories. It would have been so easy for Ewing to handle this badly or to not put much effort in, but the writing is so good that we’ve been presented with a deeply effective story. Seeing Storm in this context was as refreshing as a cold wind after a long, hot run.

I love that so much care has been put into establishing Arakko as a culture. The Island That Fights Like A Man will likely be the setting of at least a few years of stories. Groundwork, like the fact that ‘improving’ someone is a cultural insult, or that anyone can challenge a ruler to a fight at any time and thereby claim their power, lays fertile ground for many future stories. And I can’t wait to read them.

Guiu Villanova’s art was violent and expressive— especially during Storm’s transformation. Her humor, joy, cool determination and rage was on full display. He managed to give Tarn’s rather featureless face a variety of deep expressiveness, and without that the book would have been much less impactful.

This beautifully rendered issue serves as a deep dive into the characters of both the Arakkoan nation and the new Regent of Sol. It’s well worth reading.

This beautifully rendered issue serves as a deep dive into the characters of both the Arakkoan nation and the new Regent of Sol. It's well worth reading.