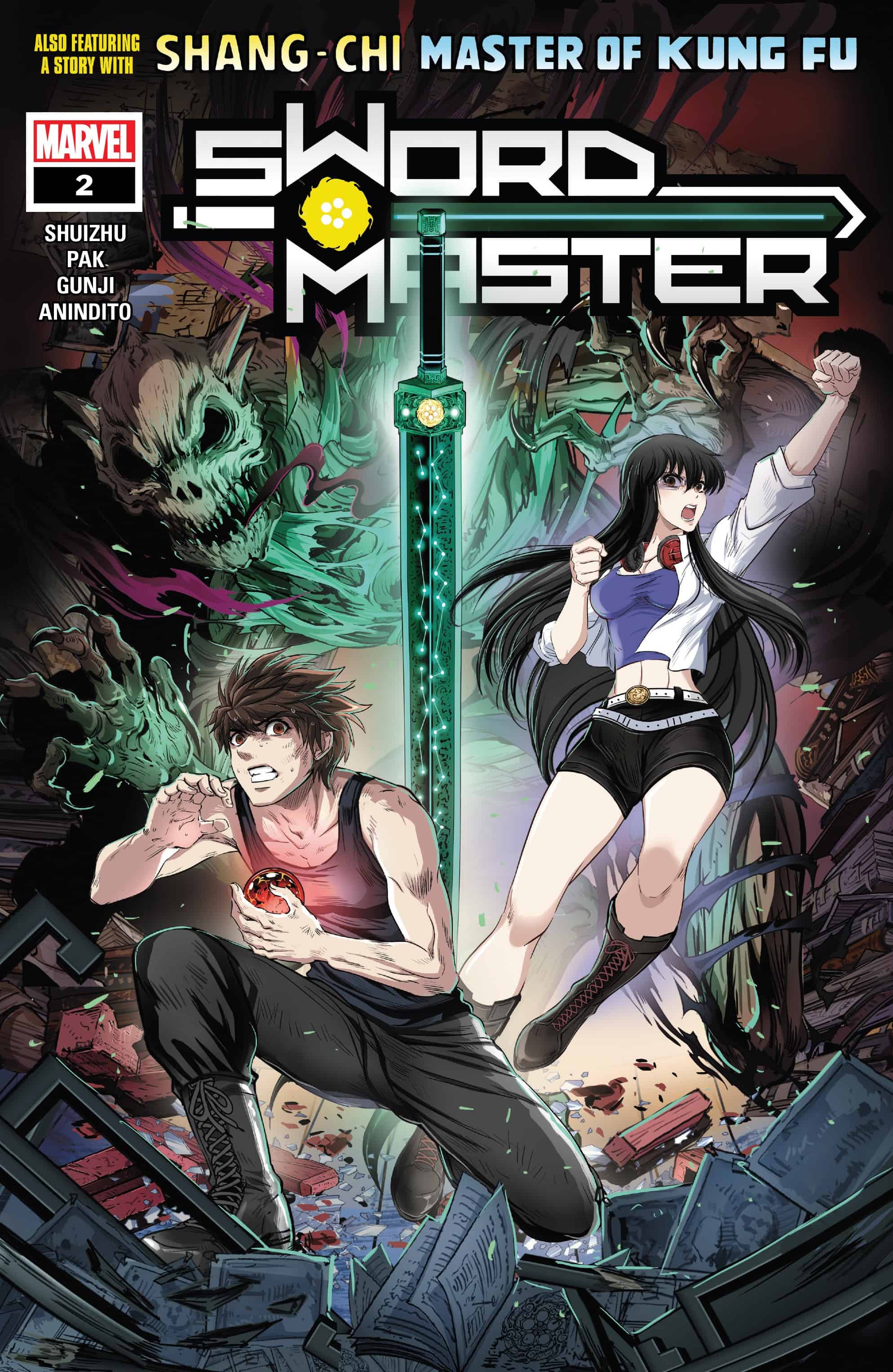 WHO’S YOUR MASTER NOW? SWORD MASTER’S origin story continues as he battles a demon from beyond — and awakens his black blade for the first time! But will the awakened sword prove more bloodthirsty than the demons themselves? And in our second story, SHANG-CHI and LIN LIE team up to search for Lin’s father. But Lin’s rashness and Shang-Chi’s suspicion of all things magic set the stage for doom!

The first story from Shuizhu and Gunji continues the mysterious origins of Lin Lie and the magical sword his lost father left behind. This has quickly become the premiere story thanks to tight and engaging scripting mixed with incredible anime-inspired artwork. 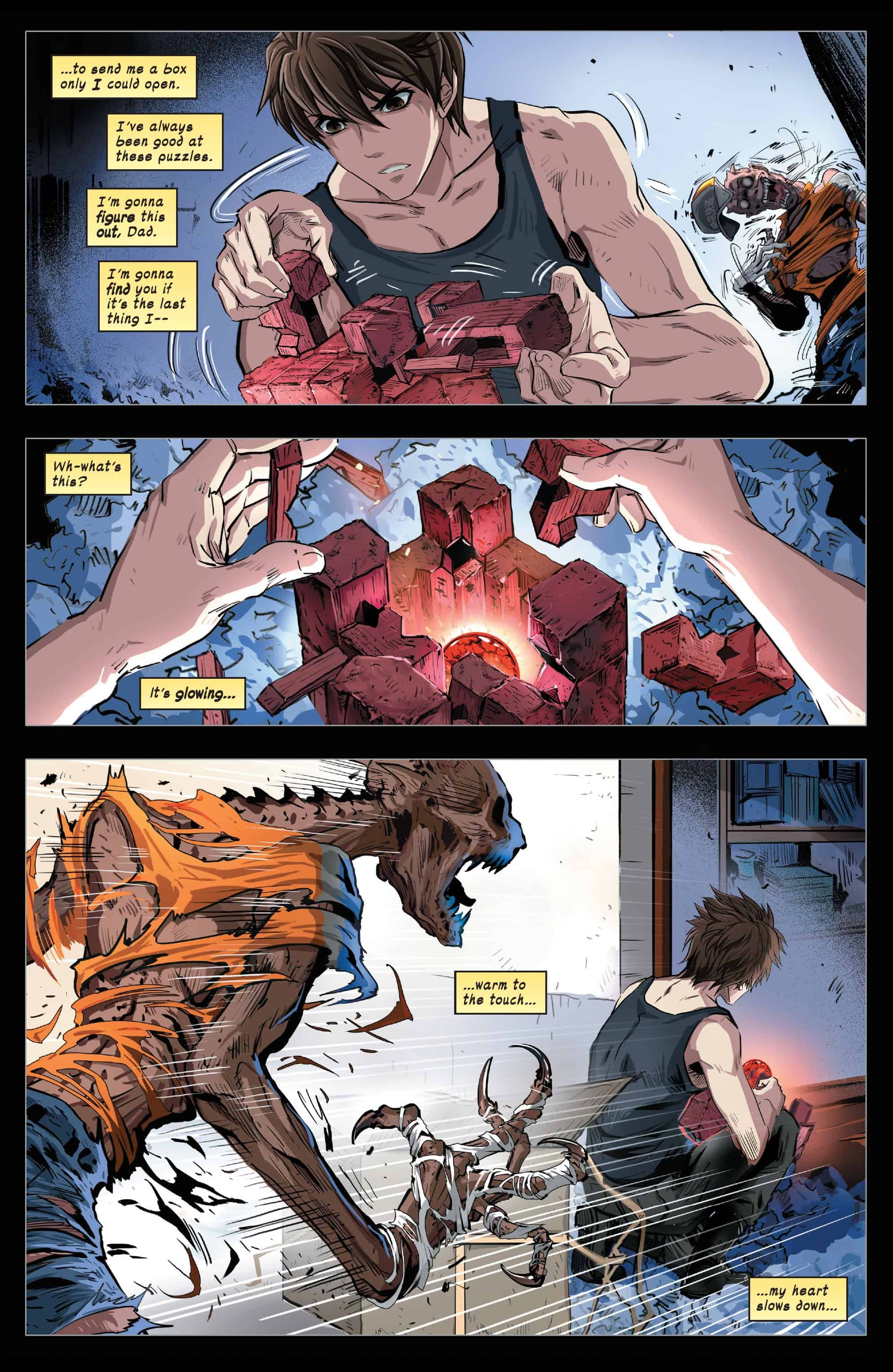 This is a story that perfectly utilizes the artwork to keep reader’s engaged. A series titled “Sword Master” is undoubtedly going to be action packed, but there is also a great amount of dark mystery involved as well. The package from his father turned out to be a puzzle meant only for him, but the delivery demon doesn’t allow nearly enough time to figure out what’s going on. The hectic sequence that ensues both builds momentum and starts to introduce the action elements that we are sure to see more of soon.

We also get to see the arrival of a new character who is featured prominently on this issue’s cover. Ji Shuangshuang heroically saves the day with her timely arrival to stop the demon from killing Lin Lie. It’s beautifully depicted and pushes the story forward in a very interesting way. While we don’t exactly learn any more information about the origins of Lin Lie, there are still important moments such as the Sword essentially being activated by Lie’s blood and it acting on what seems to be its own free will.

The artwork is undoubtedly the star in this first story. Gunji is doing remarkable work using an anime-inspired aesthetic in a western comic format. This direction gives the book a unique sense of authenticity and allows it to take the creative liberties it needs to truly be successful. The character design, backgrounds and overall layout all contribute to a book that is downright beautiful to look at.

Fans are in for a real treat with this story!

The second story in this double feature once again ties much more closely to the larger Marvel universe, bringing in Shang-Chi and even one more surprise at the end with Ares, the God of War. Although the story isn’t as focused on Lin Lie, it still builds on what happened in the previous story and it’s also just interesting to see him interact with more familiar faces! 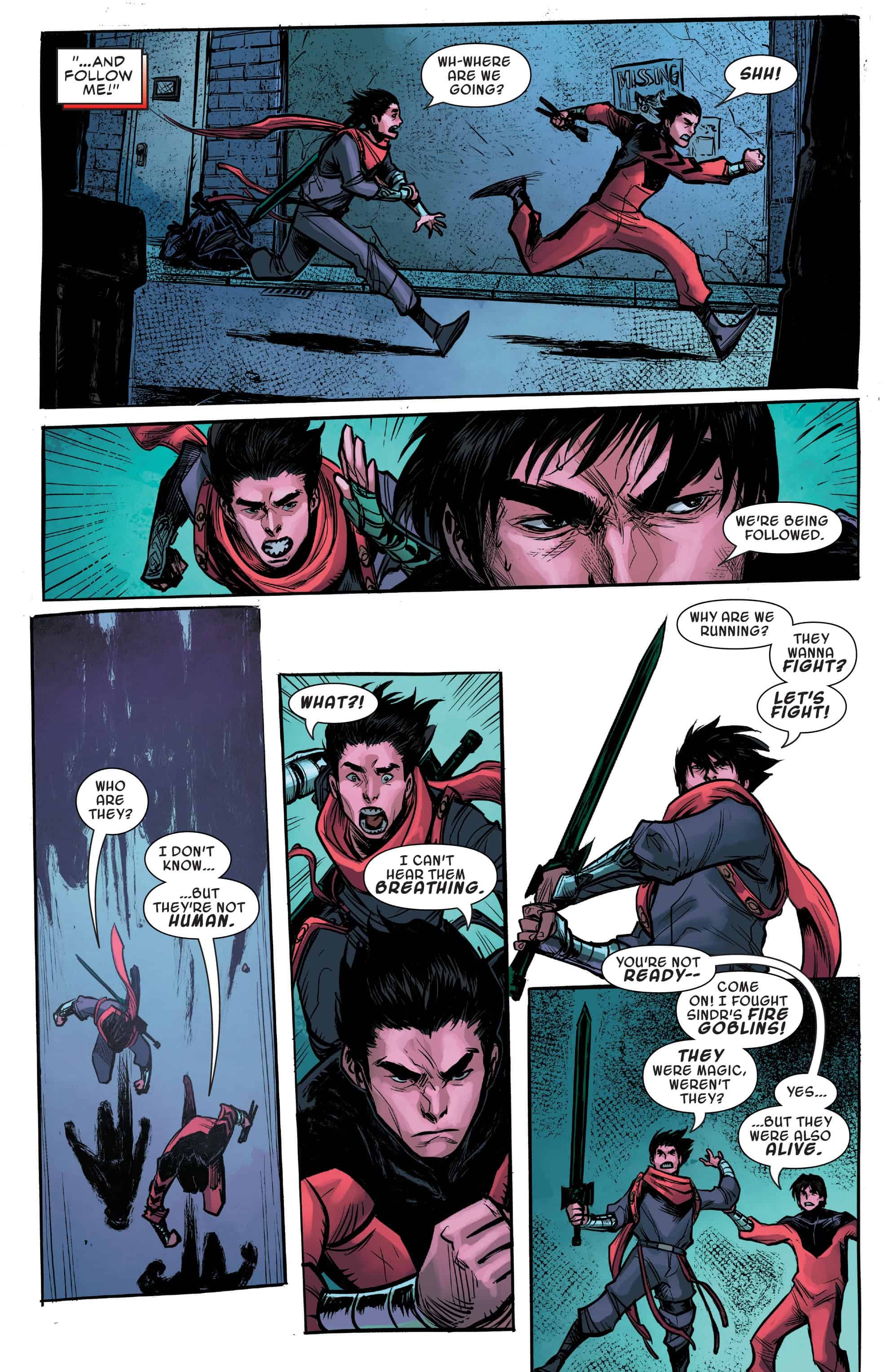 Shang-Chi’s apprehension regarding the presence of the magical sword proves to be well founded with the arrival of Ares and his warriors. Though the fight that we see is rather brief, it does offer some great chances to show off Lin Lie’s abilities.

This story is a bit more by the book than the first one, giving the impression that this is ultimately something we have seen before. It hits a lot of right notes like the action and chemistry between Shang-Chi and Lin Lie, but it also feels like we are still waiting on the hook to sink in. Hopefully the battle between Lin Lie and Ares starts to build some more excitement going into the next story.

The artwork, like the story, isn’t quite as good as the first feature we get in this book, but it isn’t bad either. The backgrounds are still lacking, but the action sequences are dynamic and the colors are vivid. The overall vision is solid, but it somehow feels like it just needs to be fine tuned slightly.

Hopefully it will only continue to get better in future issues.

The second issue of Sword Master once again delivers strong writing and beautiful art to prove this is a book that has staying power.