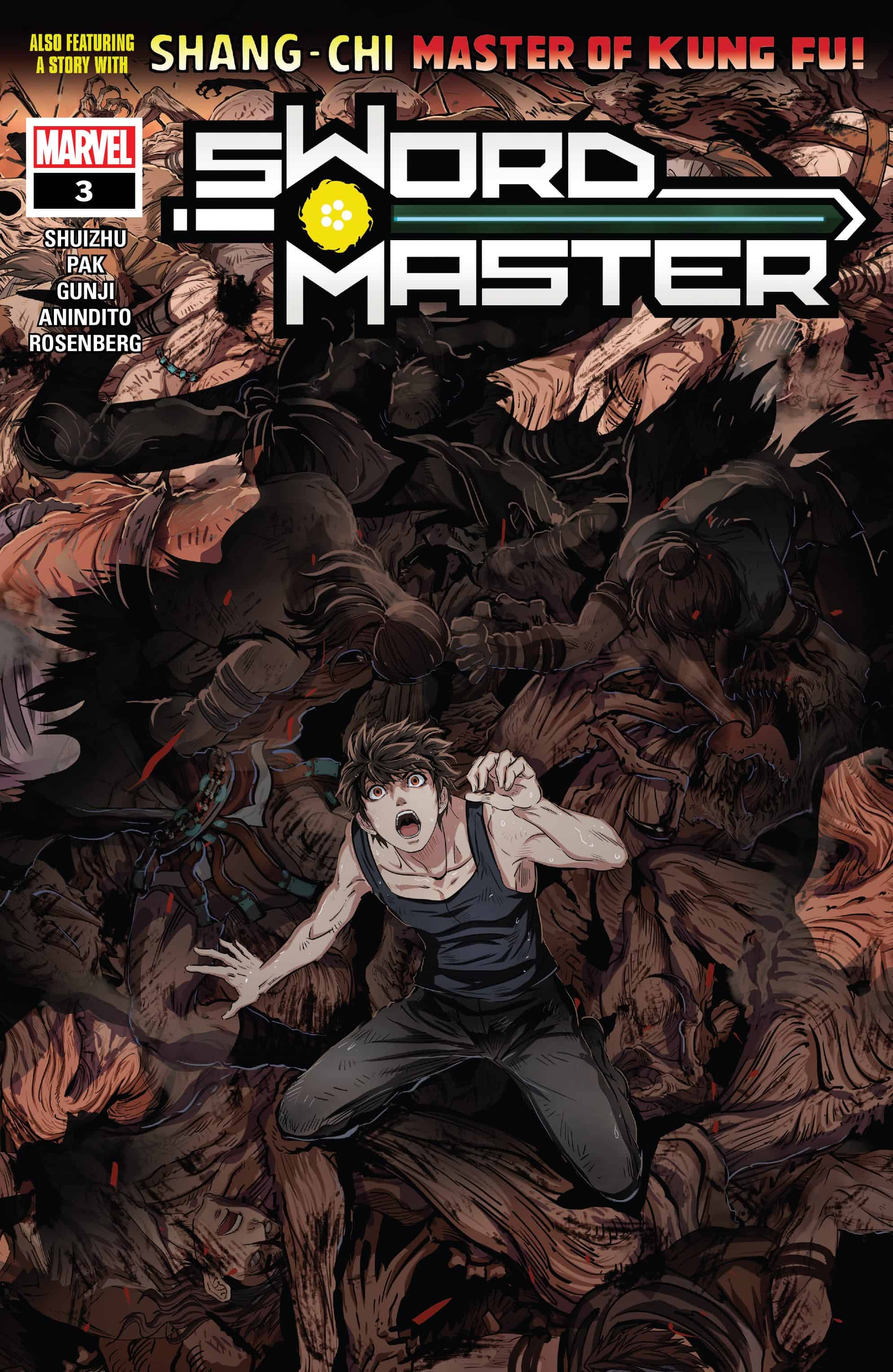 GODS OF WAR! SWORD MASTER faces the fight of his life against a mysterious warrior woman in our time – and a horrifying battle against CHIYOU, THE GOD OF WAR, in the past! What’s real and what’s a nightmare – and what does it reveal about the true nature of LIN LIE’S terrifying sword? Meanwhile, in New York, Sword Master and SHANG-CHI face an entirely different God of War in a conflict that could precipitate a massive shift of power in Marvel’s mighty pantheons!

Sword Master continues to be a hidden gem in the always-long list of Marvel publications, delivering a highly original and truly entertaining story that hinges on a dangerous family mystery. 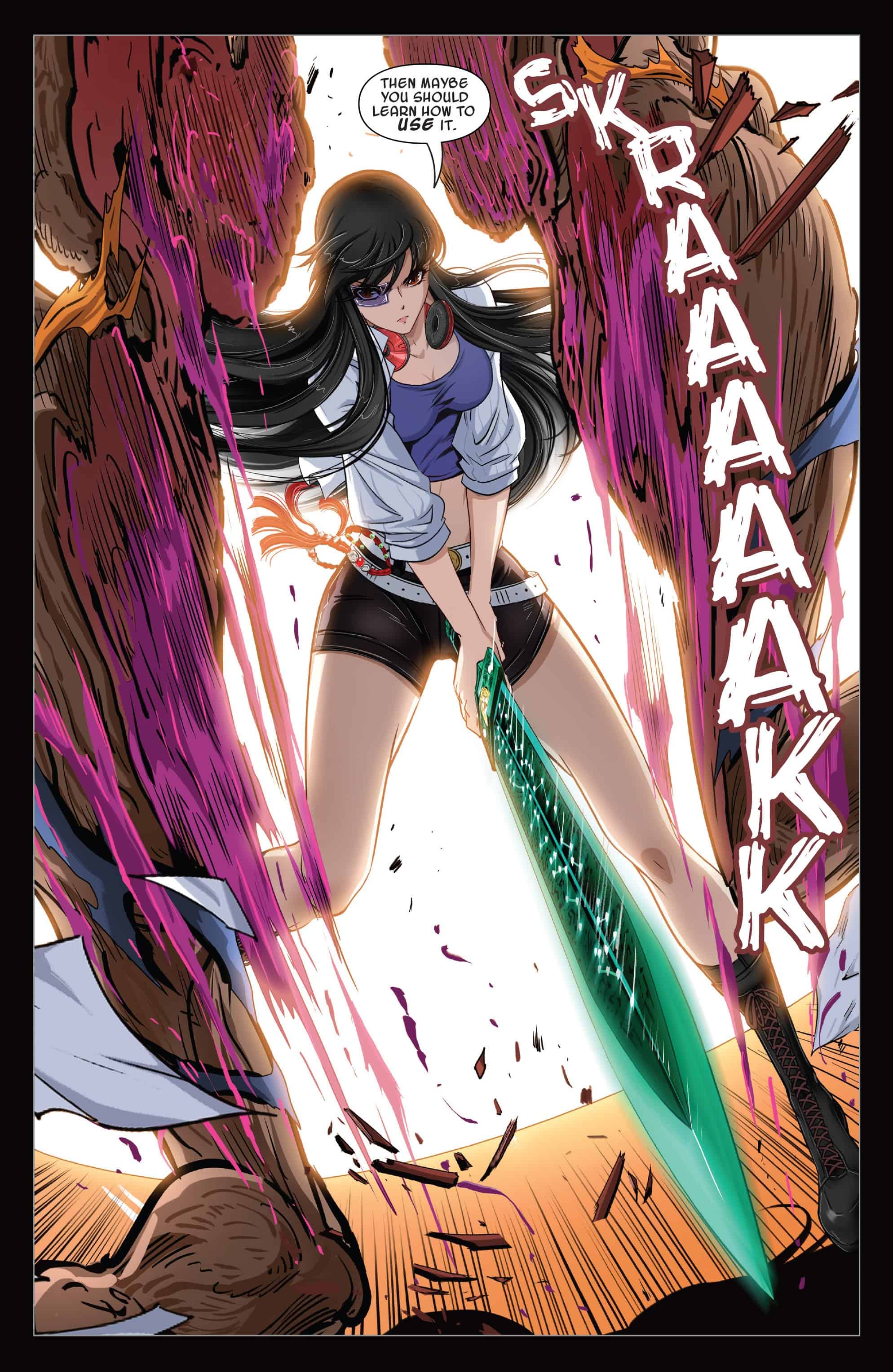 The action horror genre is one that I personally feel doesn’t get quite enough credit. While each of the Sword Master issues so far have been packed full of action, including this one, the horror elements are when series starts to truly shine. Honestly, who doesn’t want to see an actual demon severed in half by a divine weapon of three Emperors?

We get a new character introduction and some dramatic developments, but the appearance of Chiyou the God of War is what makes this issue a real delight. We are thrust into a battlefield where Chiyou is slaughtering everyone in sight after the “crazy lady” who just saved Lin Lie plunged his father’s magical sword into his chest. The visuals are nothing short of stunning and the implications are thrilling. Though we are only just introduced to this wild scenario, it’s a critical moment for Lin Lie that will hopefully shed some light on his situation in the coming issues.

The pacing of this story so far lends itself toward the notion that this is a fully realized narrative that knows exactly where it is going. It isn’t episodic or even all that concerned with hitting typical tropes for comics. It feels wholly focused on just telling this origin story at its own pace and it’s all the better for it. There is a very interesting origin at the heart of this series, but hopefully it can remain focused on that aspect.

We also get another short story from Pak and company continuing the adventures of Lin Lie and Shang-Chi. I wouldn’t say it’s inconsequential by any means, because we are once again dealing with the God of War, just very much not the same one as the previous story. I have to say, seeing him as just another buff guy is a bit disappointing after his counterpart’s rather epic introduction just a few pages back. However, the short story is still engaging and something I look forward to reading after the main story.

Overall, Sword Master #3 continues an intricately told origin story with all the right ingredients for something great. It still feels like it is on the verge of exploding into this gorgeously epic journey of self discovery, but hopefully the story begins to take us there sooner rather than later.

Sword Master #3 feels wholly focused on telling Lin Lie's origin story at it's own pace, and this issue is all the better for it.