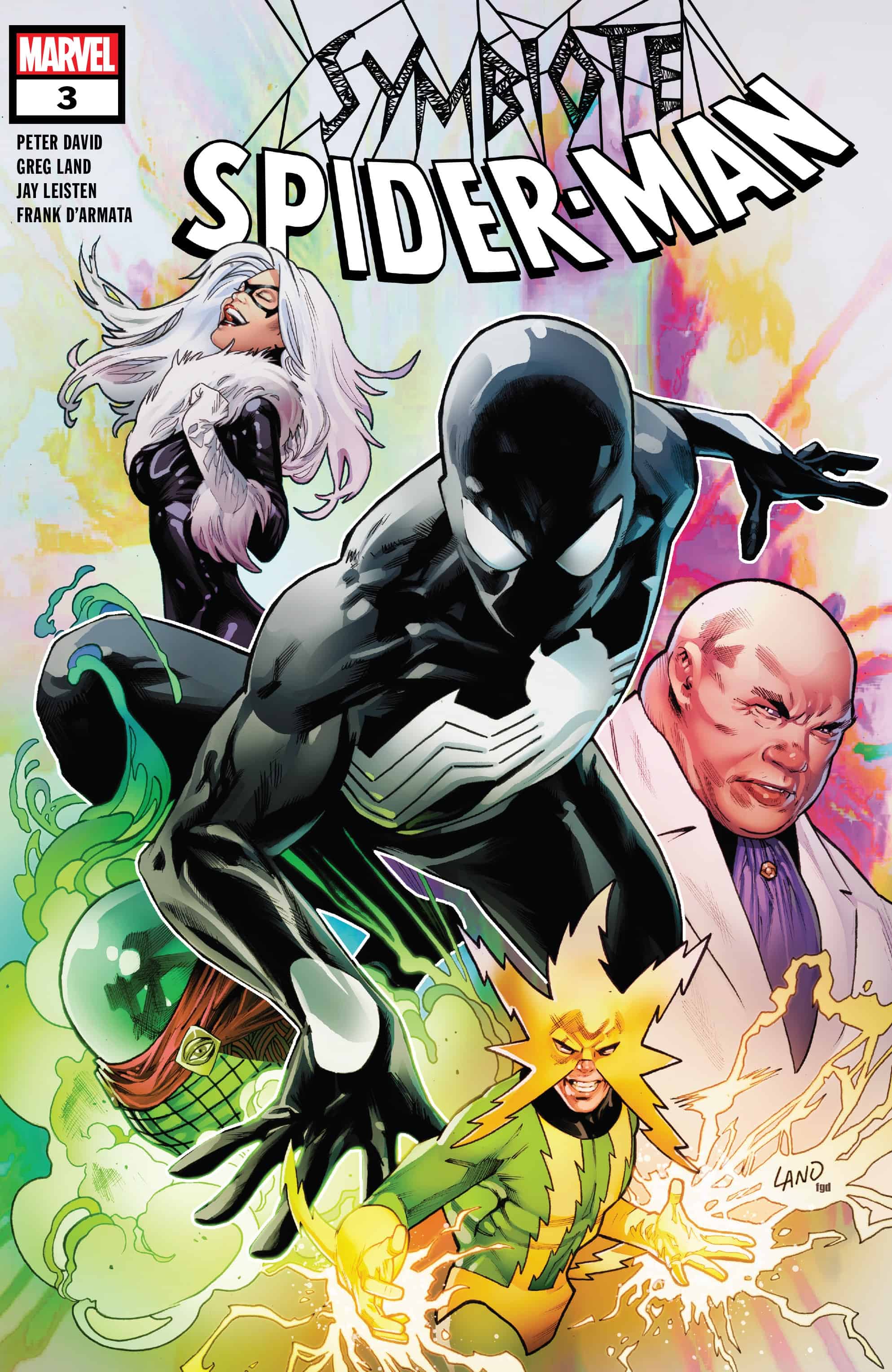 It's Spidey versus Electro... on Broadway! (On Broadway, on Broadwaaaaay...) 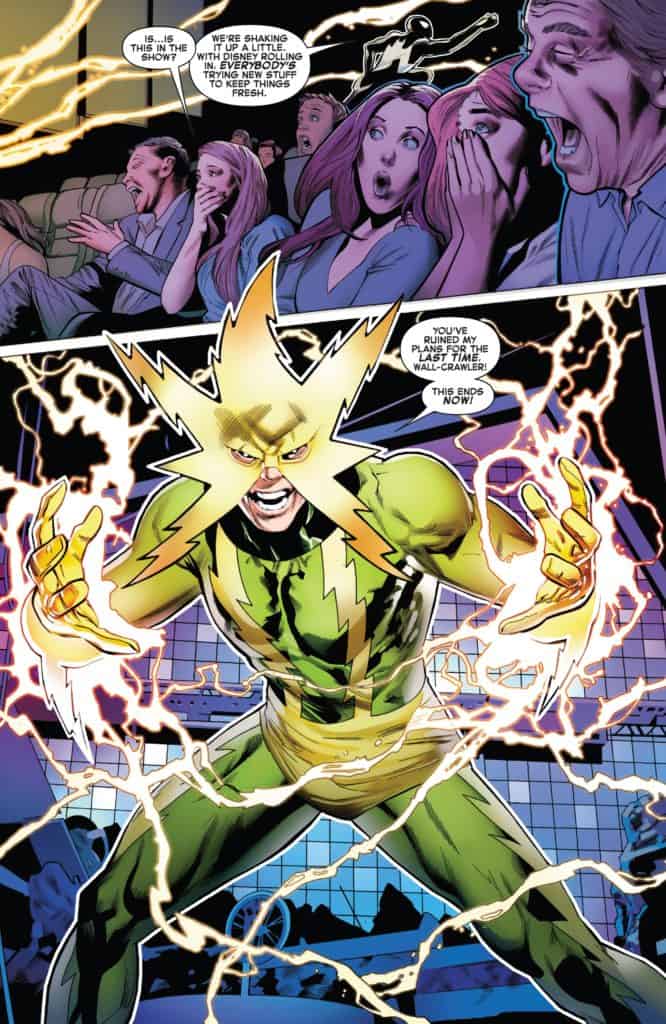 The conductive villain is relatively easily dispatched, though, and Spidey goes on with his night... which, unfortunately, ends with an argument with his girlfriend Black Cat over whether or not he should share his secret identity with Aunt May. 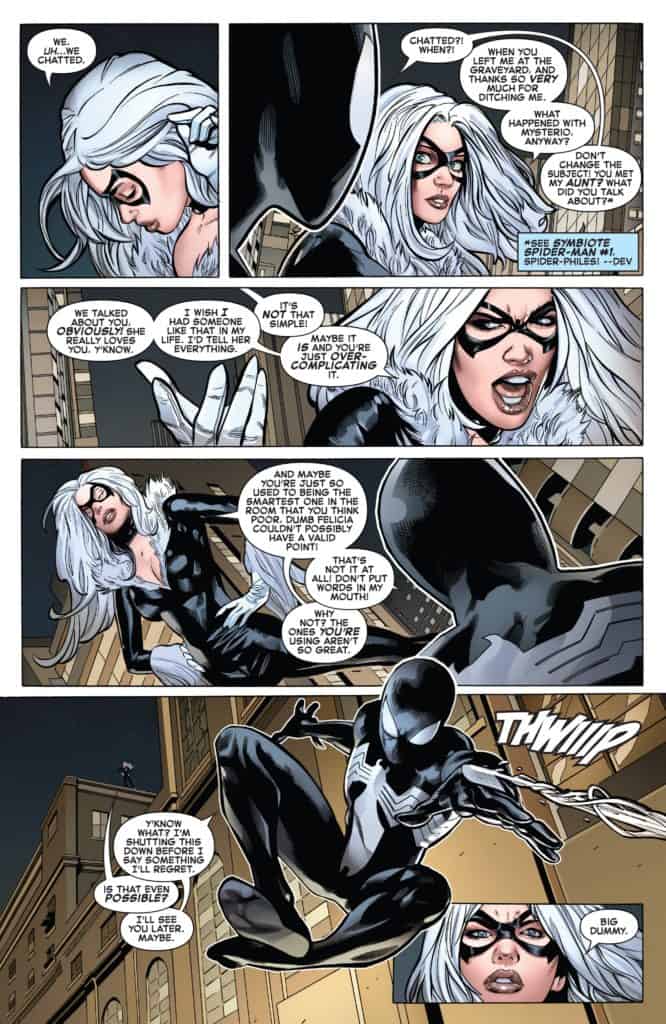 Burned by their argument, the Cat heads home... only to be ambushed by Mysterio! 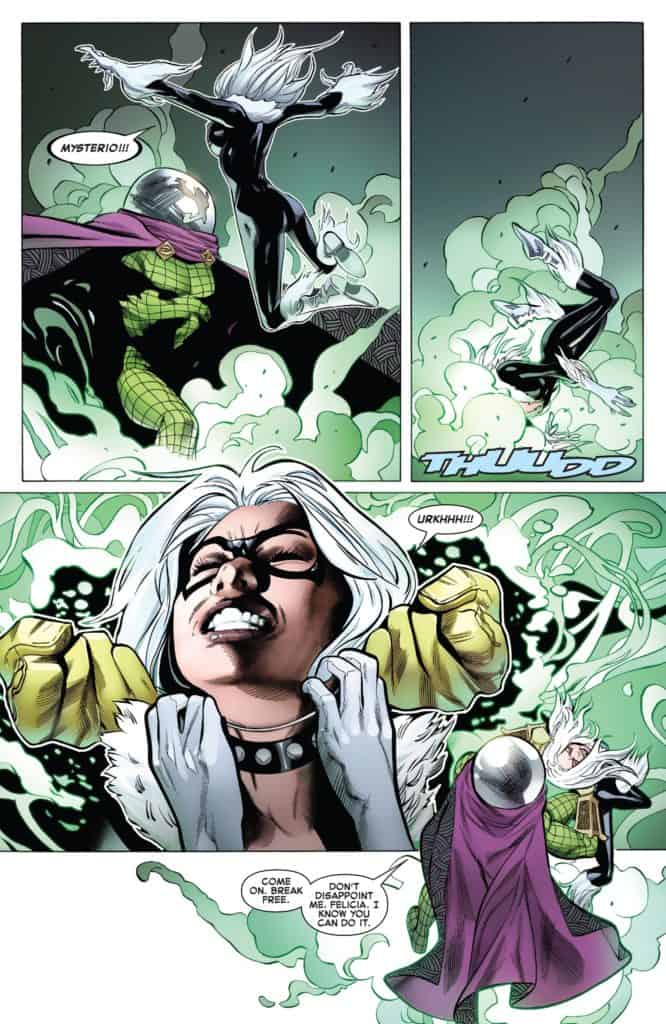 Mysterio wants something from Black Cat, and isn't above blackmail to get it: either she procures a piece of Spider-Man's mysterious new costume for him to study, or he reveals that she got her "bad luck powers" from the KINGPIN to Spidey! What's a morally-ambiguous former thief to do?

Symbiote Spider-Man proves to be a fun, no-strings-attached romp through Spider-Man’s past. And although Mysterio is as much – almost more – the star of this story than Spidey or even Black Cat, the idea of looking at the effects of the symbiote suit through the eyes of a villain – unsure of what he’s witnessing – is a great one. 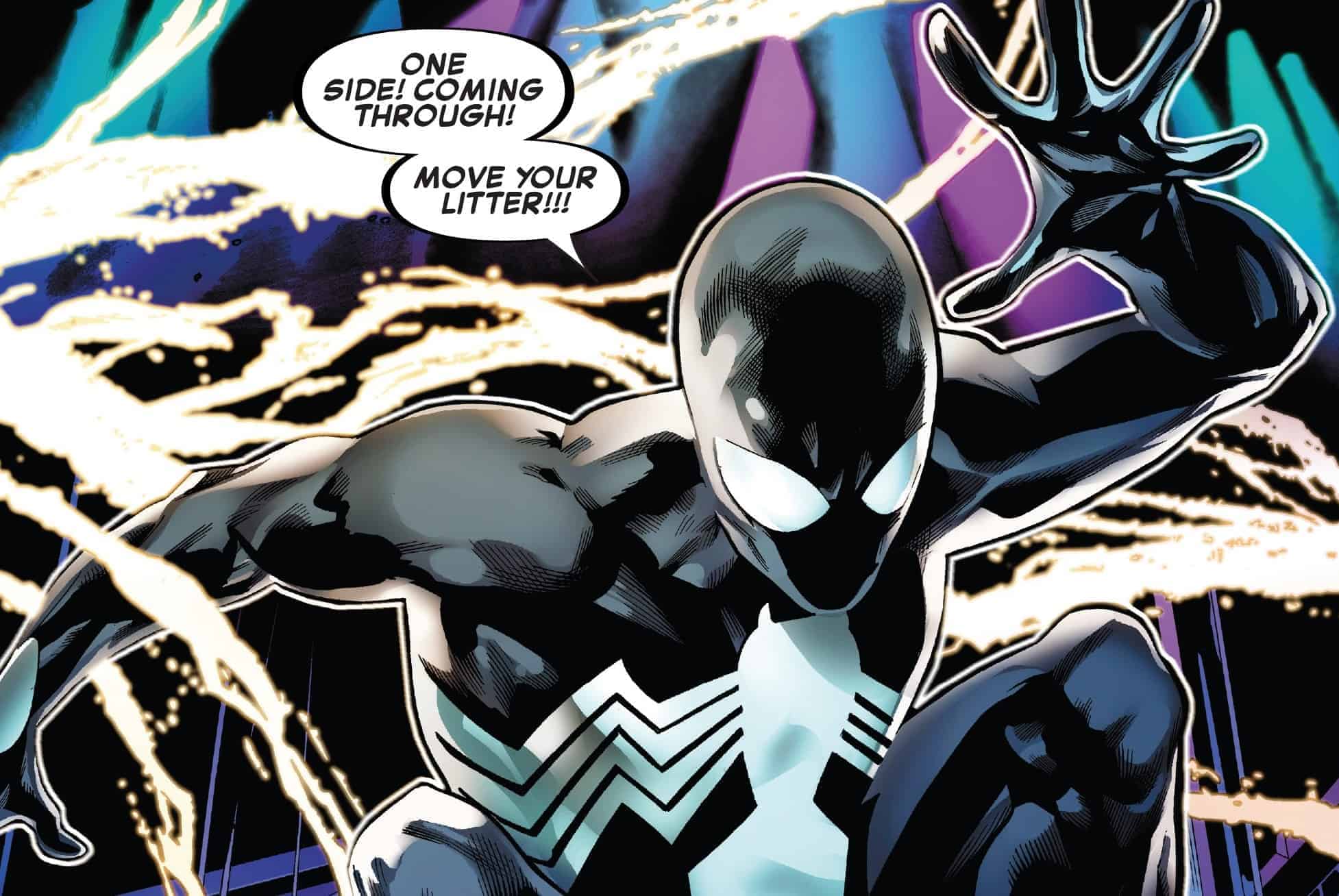 Writer Peter David shows he knows Peter Parker as well as anyone, even if he doesn’t write the character all that often. Peter’s neuroses about revealing his identity to his “frail” aunt is completely consistent with the character’s history, even when it becomes a detriment to his relationship with Black Cat. Granted, that relationship was never the most healthy (ably demonstrated this issue), but the fact that Peter is willing to put it at risk over something as frivolous (at least in modern context) as his secret identity speaks volumes to just how guilt-driven Spidey is and always has been.

And speaking of Black Cat: there hasn’t been a character since Emma Frost more perfectly suited to Greg Land’s unabashed cheesecake art style. Fortunately, her superficialities are offset by David’s apt playing on her insecurities.  And that’s what Peter David does best: gets inside his character’s heads, and lets them run wild, seeing where they go and what they’ll do next.  But because he has such a great understanding of psychology and basic human nature, none of these moves ever feel forced or out of character.

But it’s the symbiote that hangs over everything, and the issue never forgets it. There’s a vibe of creeping terror emanating through everything, even something as innocuous as Spider-Man waling on Electro at a showing of “Cats.” Move your litter!

Symbiote Spider-Man continues to be a fun dip into its title character's past, but through the lens of one of his oldest foes. Anyone suffering from Amazing Spider-Man fatigue would do well to check it out!