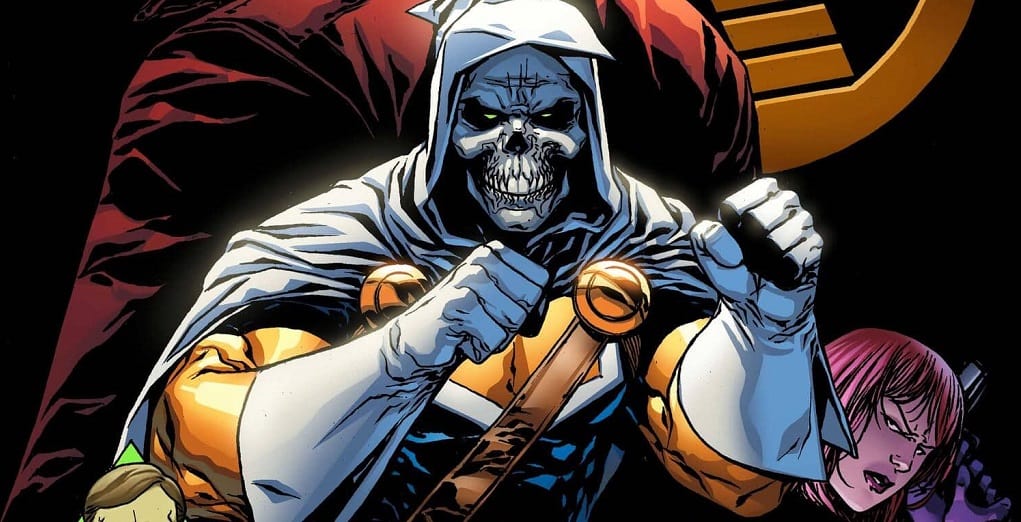 Taskmaster has gathered all three signatures for the RUBICON TRIGGER. He now has to find it and crack it before Black Widow gets to him and takes him out for a murder he didn't commit (this time) but Tony can't shake the feeling he is being played like a harp from hell...

Taskmaster is a bastard but he isn’t a dumb bastard. Writer Jed MacKay does a superb job on two fronts in the issue. In the first place, he shows why Tasky is as good as he is at what does and we not just talking about his fighting ability but because Tony understands his limits and he isn’t stupid and MacKay shows that in the issue and has across all the issues with his analysis of his opponents. In this issue, Tasky knows he’s overmatched by Black Widow. Secondly, Tasky is and always will be a stone-cold bastard, he may be a bastard that makes you laugh, and really I have laughed this whole series but he is nobody’s hero and I like that MacKay has not tried to make him one in this series…he does what he does out of necessity and that necessity is about looking after number one…himself. MacKay manages to make him entertaining in the process though.

MacKay wraps the plot and storyline up very neatly as the last issue reveals who is behind setting Tasky up for Hill’s murder and we learn what the Rubicon Trigger is and what needs to be done about it. I’m avoiding spoilers so you’ll need to read the book to find out who we talking about. We get an excellent fight scene between Taskmaster and Black Widow but not before Tasky antagonizes the hell out of Fury and then fireworks ensue only to reveal who has been behind the entire scheme the whole time.

One of my favorite things about this series has been Alessandro Vitti’s ability to draw panels that perfectly deliver MaKay’s dialogue, writing witty or serious dialogue only gets you halfway there if the images are not complementary to the writer’s tone but having an artist of Vitti’s ability that can draw a facial expression that perfectly matches the delivered line be it serious or humorous has gone a long way to heighten my enjoyment of this issue and the series as a whole. Throw in a killer hand-to-hand fighting scene and well what we have here is good old-fashioned fun comics that never takes itself too seriously but delivers a thoroughly enjoyable romp where the central character is no angel.

Lettering is as always on point from Caramagna and Guru-eFX continues to prove that he is a superb colorist with a variety of coloring styles to suit different art styles and if you look carefully at that cover by Valerio Giangiordano and Arif Prianto, which probably the best one of the series, it tells you more about the story than most will probably notice.

Taskmaster #5 rounds off a superlative series from Jed MacKay, Vitti and the rest of the team that reminds us that Tony Masters is to be taken seriously and that if you need a bastard call Taskmaster!