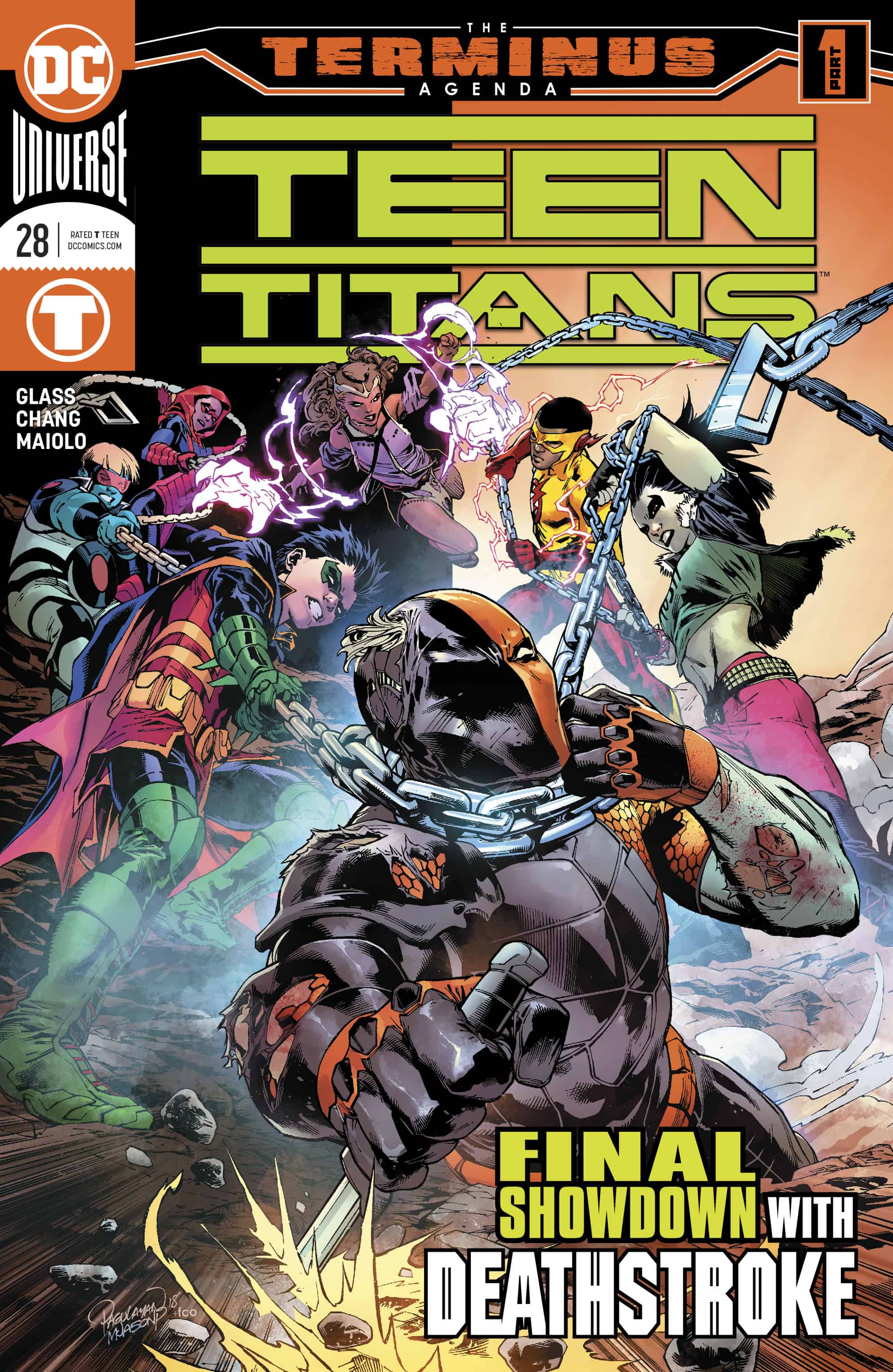 Burned by the recent events of "Deathstroke vs. Batman," Robin has a plan, and he's been waiting for the opportunity to enact it. And lo and behold: Slade Wilson has broken out of Arkham, and left a trail of bodies in his wake. (Deathstroke may or may not have lost his mind, but Robin doesn't know that. See: "Deathstroke: Arkham" for details.) Too bad Robin doesn't want to tell his teammates the truth about his ultimately selfish motivations:

After some spirited debate, though, Robin manages to convince the rest of his team of the rightness of their course. 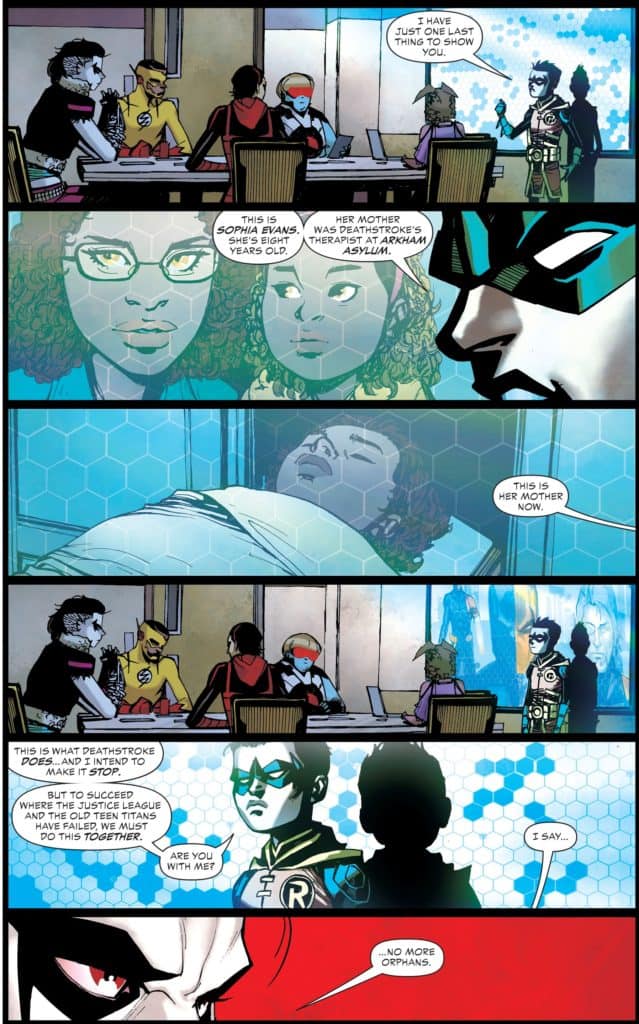 Red Arrow, though, is onto Robin's scheme. 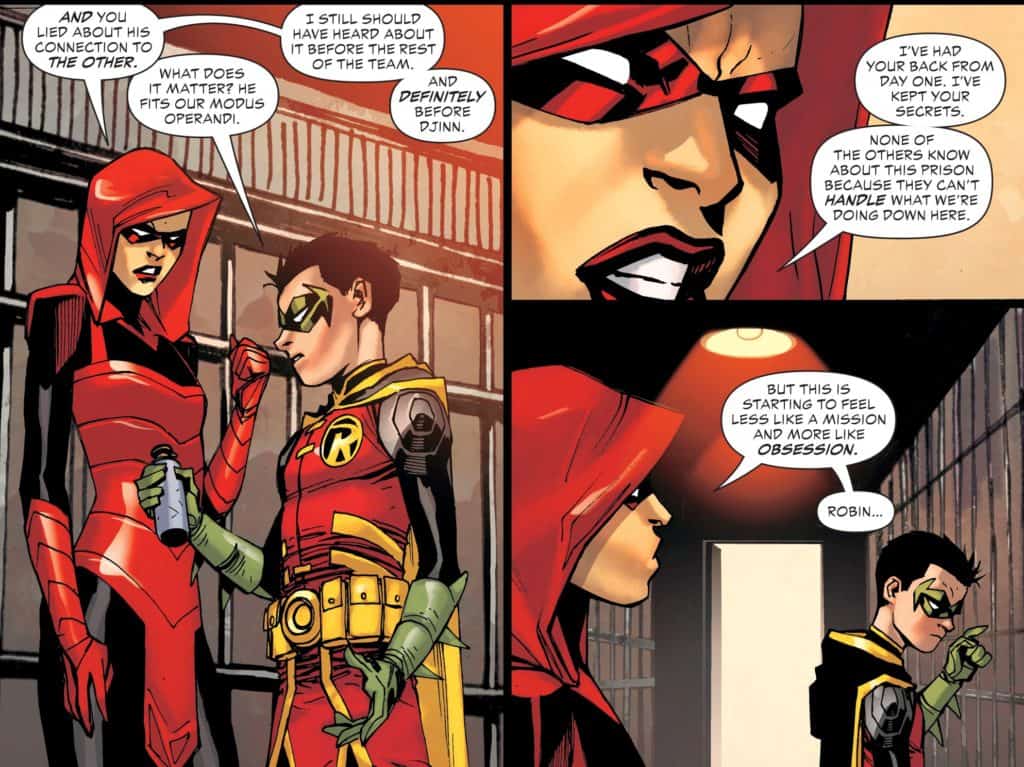 Meanwhile, Deathstroke goes for a haircut... 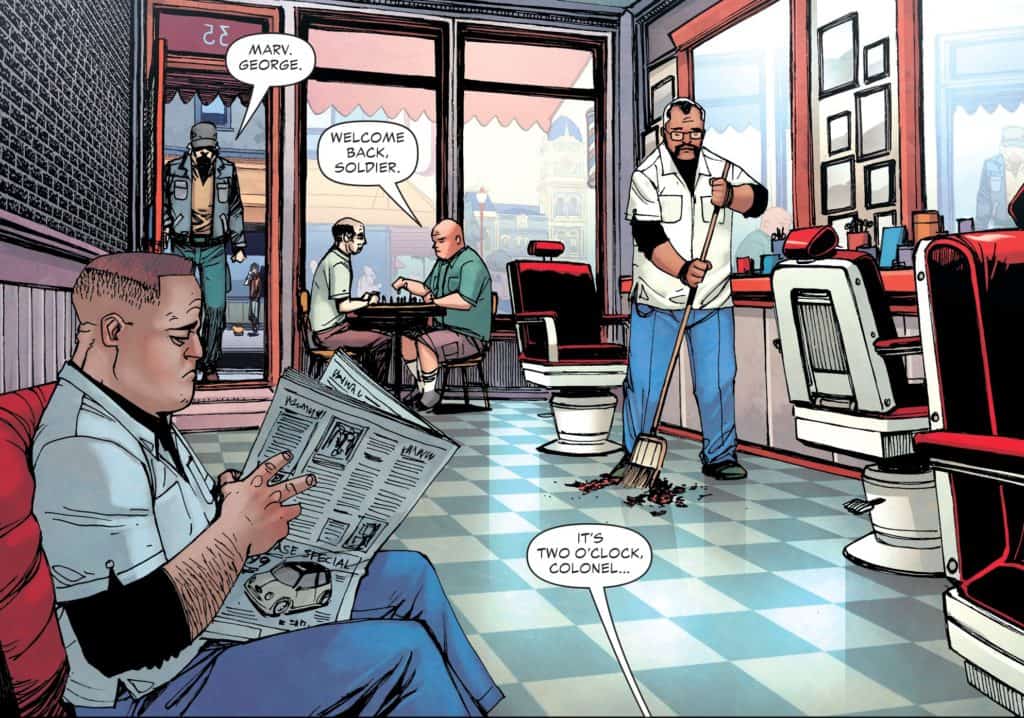 ...but immediately notices something isn't right. 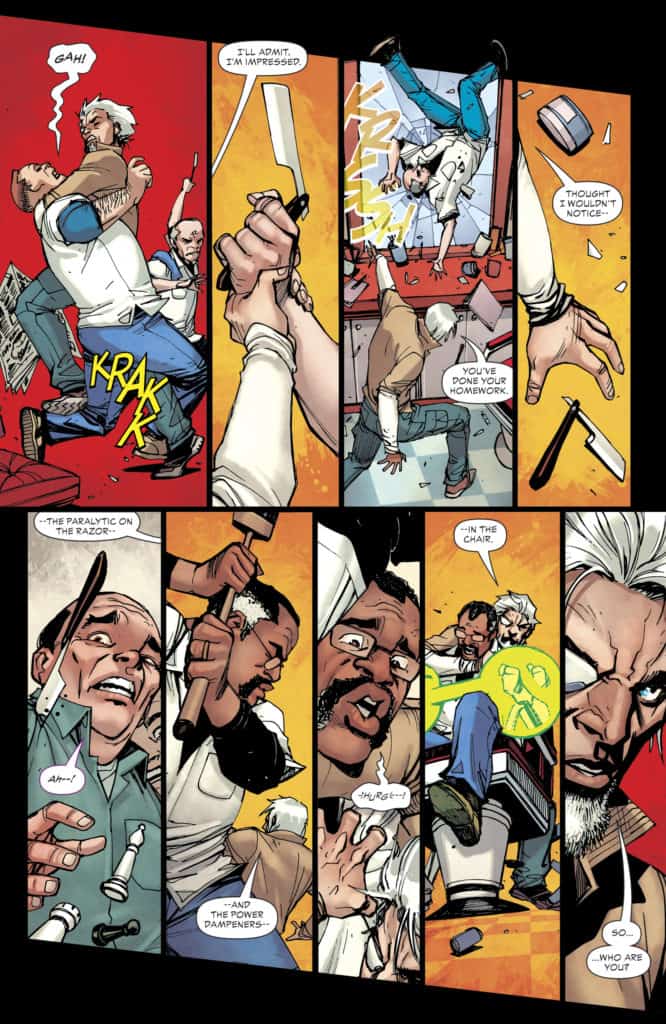 It's time for Deathstroke versus the new(est) Teen Titans, round one! 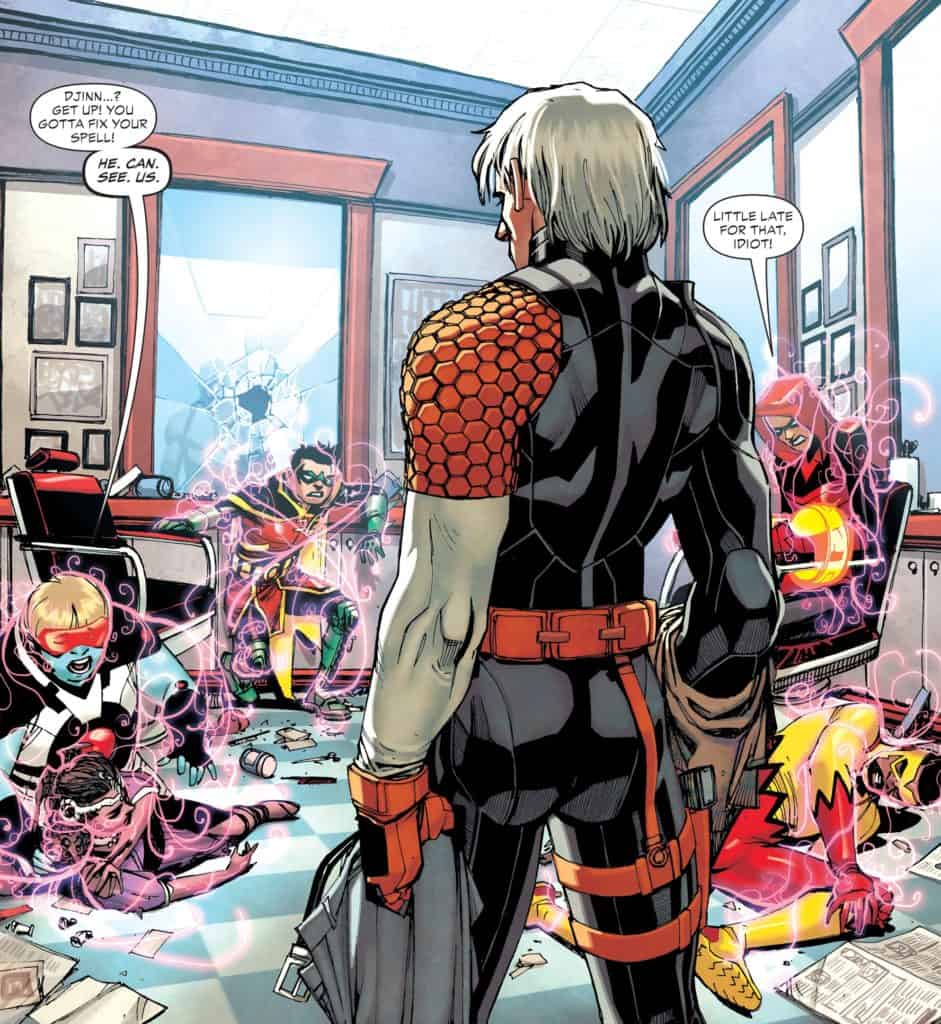 Deathstroke has been fighting the Teen Titans for almost forty years now. He is, without a doubt, their preeminent foe, far more than even Brother Blood or Trigon or any other venerated villain from the classic Wolfman/Perez era. And yet, with Deathstroke, it’s different. Not only is he, broadly speaking, a cut above the rest – he’s gone toe-to-toe with the Justice League more than once and walked away – but the character of Slade Wilson is so wonderfully, deeply defined, that he can’t help but bring any conflict with the Titans to a whole new level.

What makes “The Terminus Agenda” different is the fact that Robin is dealing from the bottom of the deck now, too, and is frankly not much better than Slade in terms of how low he’s willing to sink to achieve his objectives. His secret villain prison is the tip of the iceberg; he’s also been lying to his teammates for months about pretty much everything under the sun in order to further his own agenda. It could be said that for all the evil he commits, at the very least Deathstroke is always honest – a claim Damian cannot make.

Which begs the question – when the line between good and evil is so razor thin, how much difference is there, really? Do the ends justify the means? That seems to be the central theme of “The Terminus Agenda,” and in the more-than-capable hands of Adam Glass and in particular Christopher Priest (who specializes in writing protagonists operating in moral grey areas). By the end of this issue, all of Damian’s secrets seem poised to be brought into the light for better or worse – a powder keg lit to blow.

As has been the case for months now, Bernard Chang’s pencils are spot-on, but Marcelo Maiolo’s coloring feels a bit to obviously computer-generated for my liking. It’s distracting, taking the reader out of the moment. However, it’s not the worst I’ve ever seen by any means, either, and he certainly knows how to contrast lights and darks in away that creates some singularly bold images. Maybe all he needs a little more time to grow as a colorist.

"The Terminus Agenda" gets off to a fun, action-packed start, bringing several of Teen Titans' ongoing plot threads together as well as kicking off the latest Titans/Deathstroke clash. It asks readers some heady questions, and seems poised to shake up the current Titans dynamic before it's all said and done. (It also seems poised to have a smarmy, ethically-challenged teenager get kicked in the head by Deathstroke, and hey, isn't that what all comics should aspire to?)