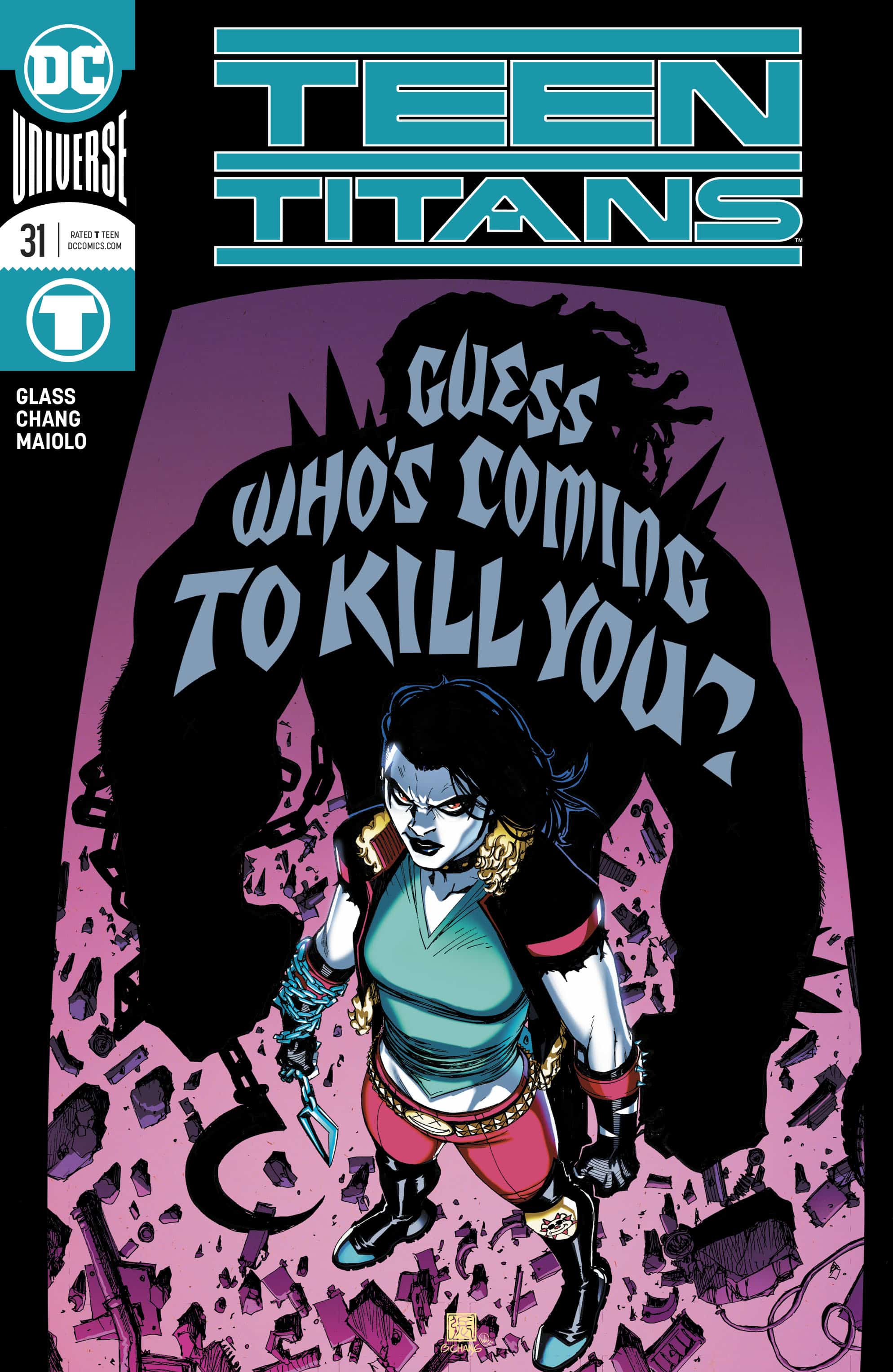 For years now, Crush has dreamed of nothing but confronting her biological father, the Main Man himself, LOBO! Little does she know, daddy dearest is on Earth right now, taking care of a little business. 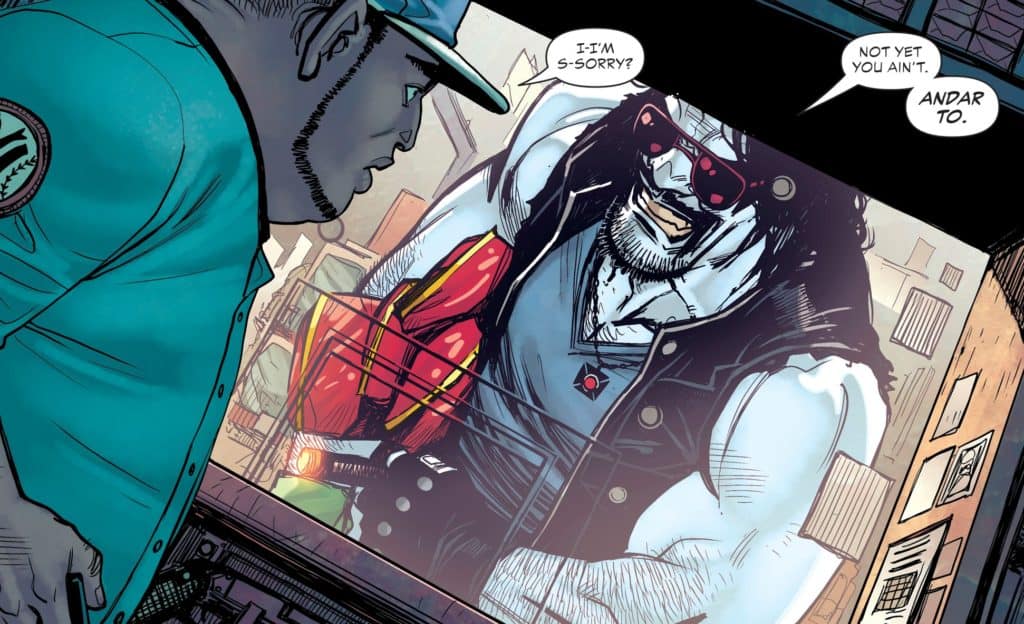 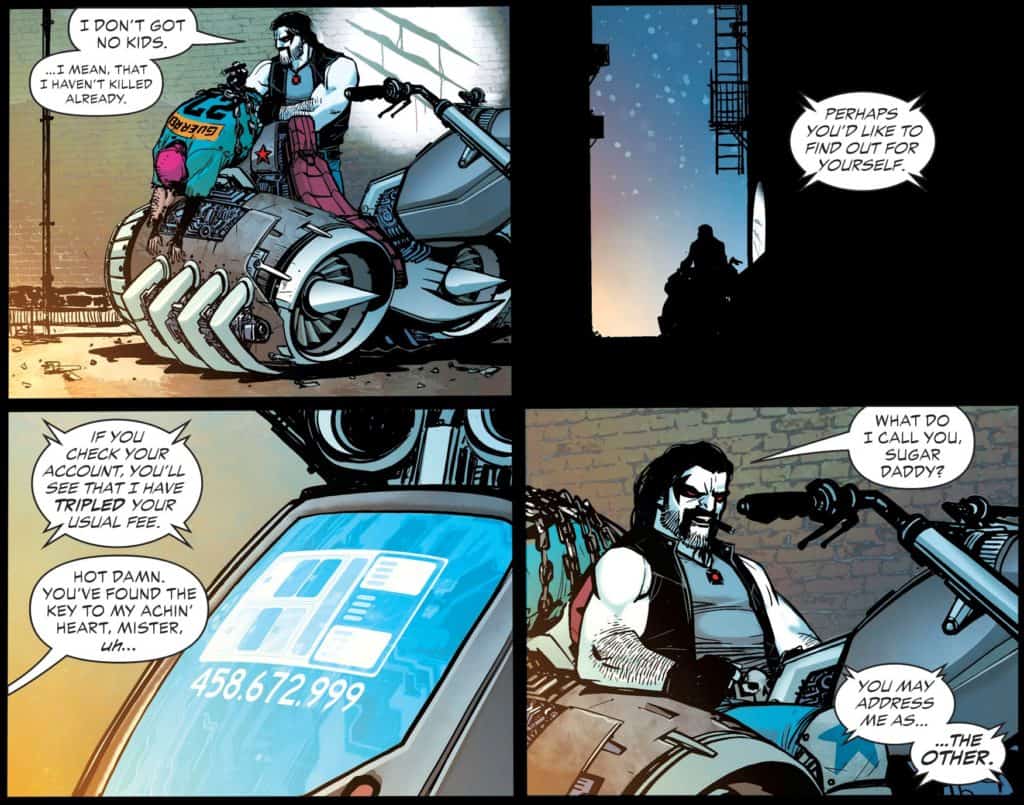 ...which brings us back to where we left off at the end of last issue! 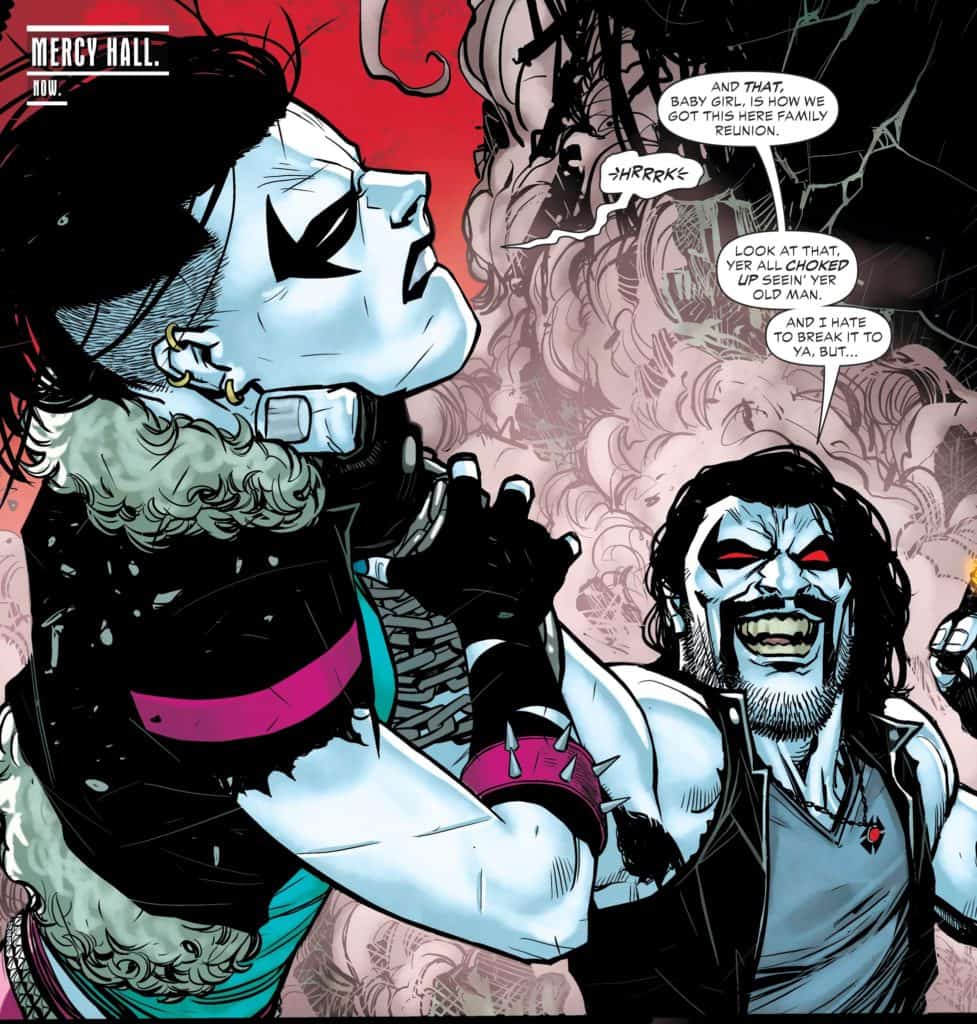 The Titans, though, aren't much of a match for the Last Czarnian, especially with their ranks still fractious from the still-hotly-debated events of "The Terminus Agenda." 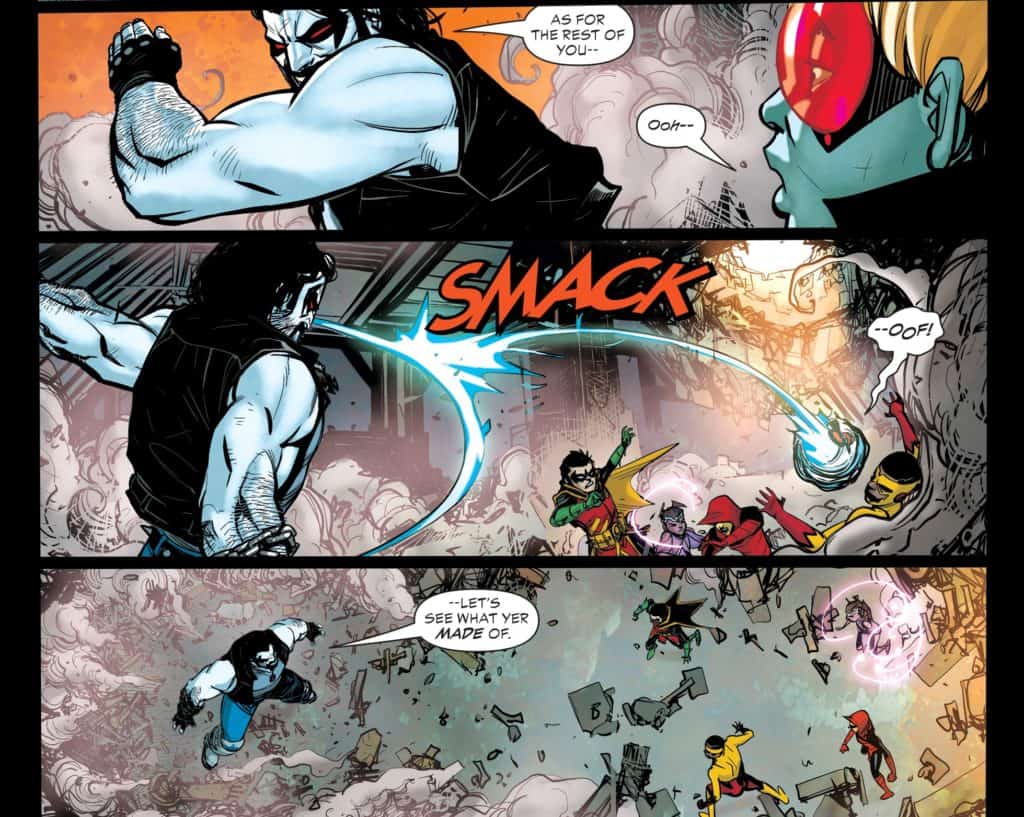 With the Titans quickly sidelined, Lobo turns all of his focus on Crush, with harrowing results! 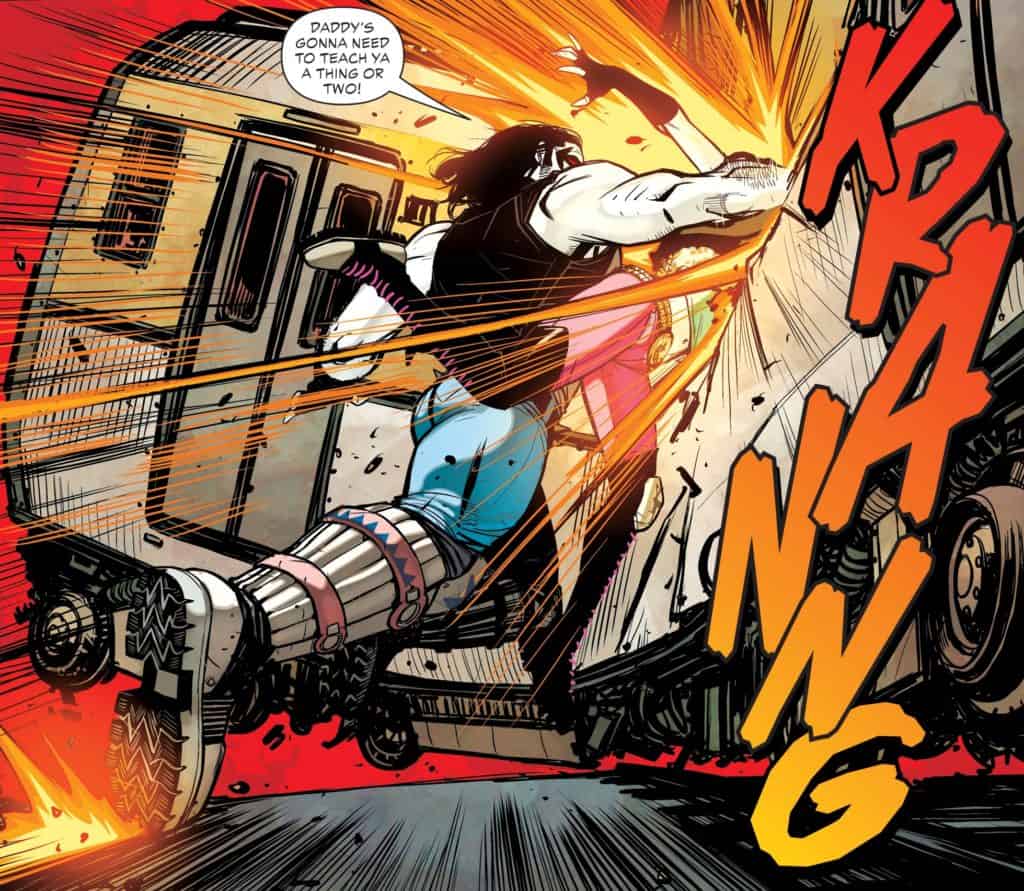 Things look bleak for Crush... but they're about to get so, so much worse..!

Writer Adam Glass continues his recent trend of “giving readers exactly what I hinted at giving them for months with nary a surprise in sight” in this issue of Teen Titans. It’s not necessarily a bad thing, but when you telegraph a plot point so broadly, it usually means – in the hands of seasoned or at least more imaginative writer, at least – that a twist on expectations is on the way.

Am I being unfair? Maybe a little. But after months and months of buildup to the Crush/Lobo connection, I was expecting more – some sort of twist, something to throw readers off the scent, some “Ah-ha!” moment that defied everything we were sold was coming soon to a comic near you, but made perfect sense nonetheless. But for two issues in a row now, Glass has instead opted for the safe approach, and just gone through the motions of what he’s set into play instead of going for any sort of a surprise reveal.  It’s a letdown, especially considering what strong character work he’s put into his run so far.

But for what it is – and judging this issue solely on his merits, not on missed opportunities or what I was hoping it would be – it’s still a fun if breezy ride. After last issue’s moralizing, finger-pointing, and hand-wringing in the face of Robin’s poorly thought-out prison plan (not to mention Red Arrow’s culpability in Deathstroke’s murder, as in, that is a thing she did), it’s a welcome change of pace to just cut loose with some non-filtered action. The action beats are solid (capably rendered by Bernard Chang), and frankly, the @$$-beatings handed out by Lobo are not only hardcore, but effortlessly show how outclassed the Titans are.

Crush’s parentage may not be the bait-and-switch I was pining for, but there’s still a wealth of drama to be had amidst the action. Chang does an outstanding job of conveying Crush’s emotional rush during the proceedings: anger and self-righteousness to fear to defeat in a brisk 20 pages. It’s far more obvious than I was hoping for, but it’s well-written enough in its own right to be entertaining if nothing else.

Though something of a letdown in terms of storytelling, Teen Titans #31 is still a solid if breezy, all-killer-no-filler action bonanza with our titular heroes facing off against a villain who hopelessly outmatches them.