Teen Titans #33: When in Doubt, Go With the Brainwashing 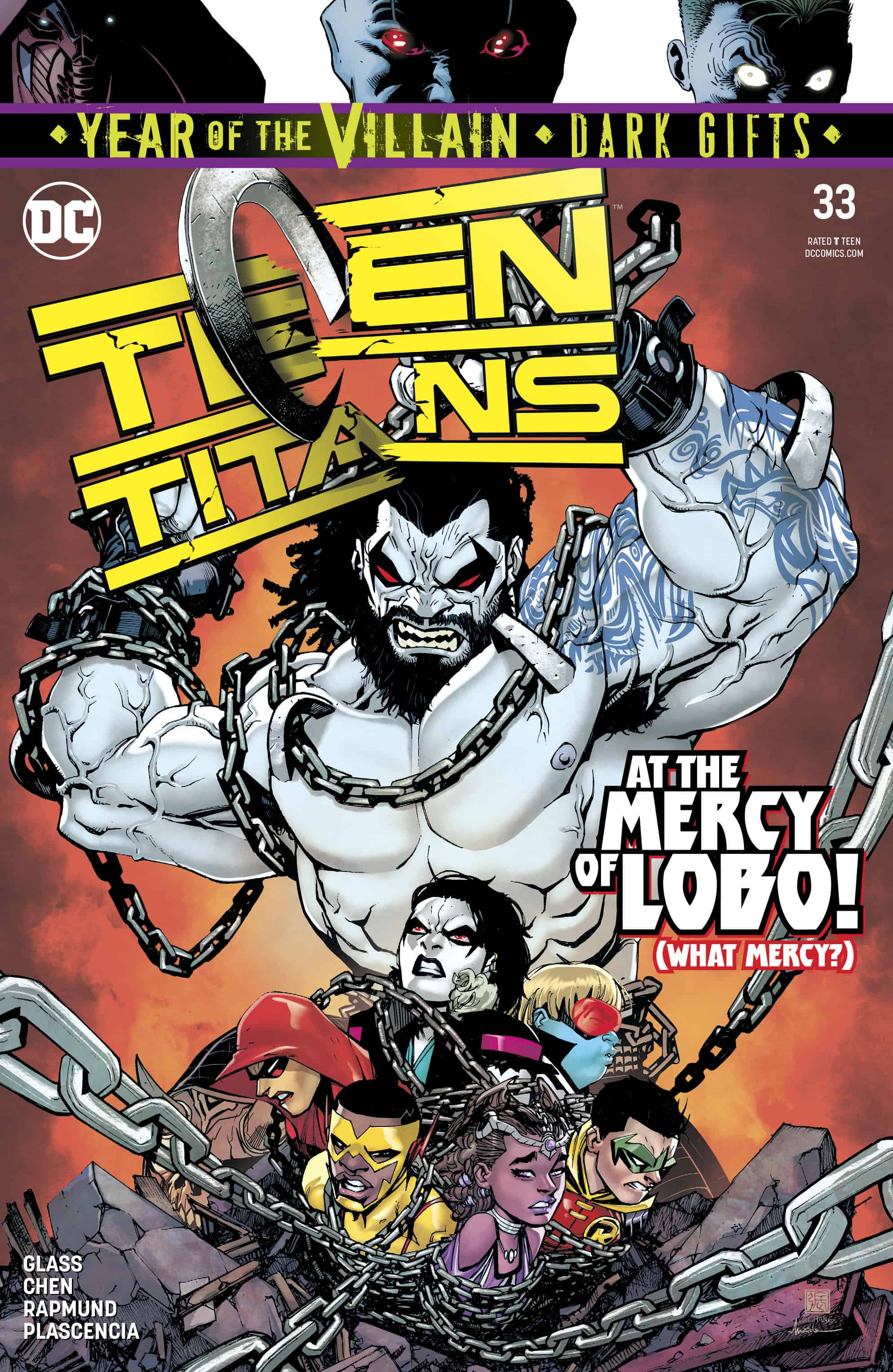 In the aftermath of his defeat by the Teen Titans, Lobo is met by Lex Luthor with a particular offer... 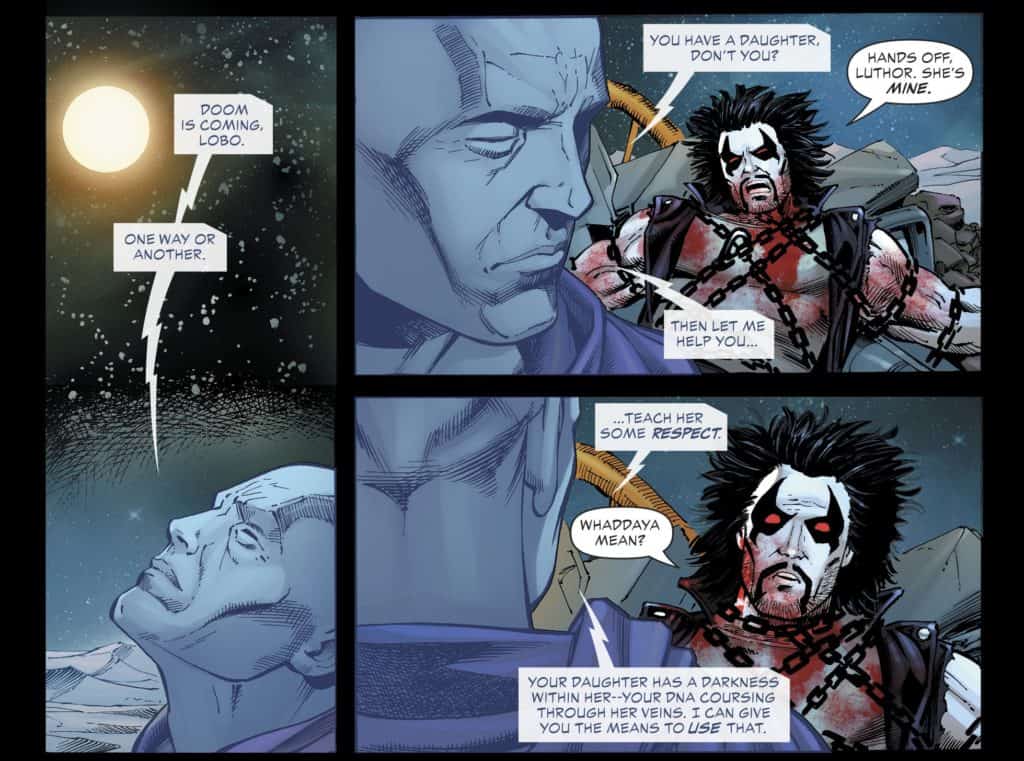 Meanwhile, the Titans get back to the business of waling on the bad guys, in this case, Mammoth and Shimmer. 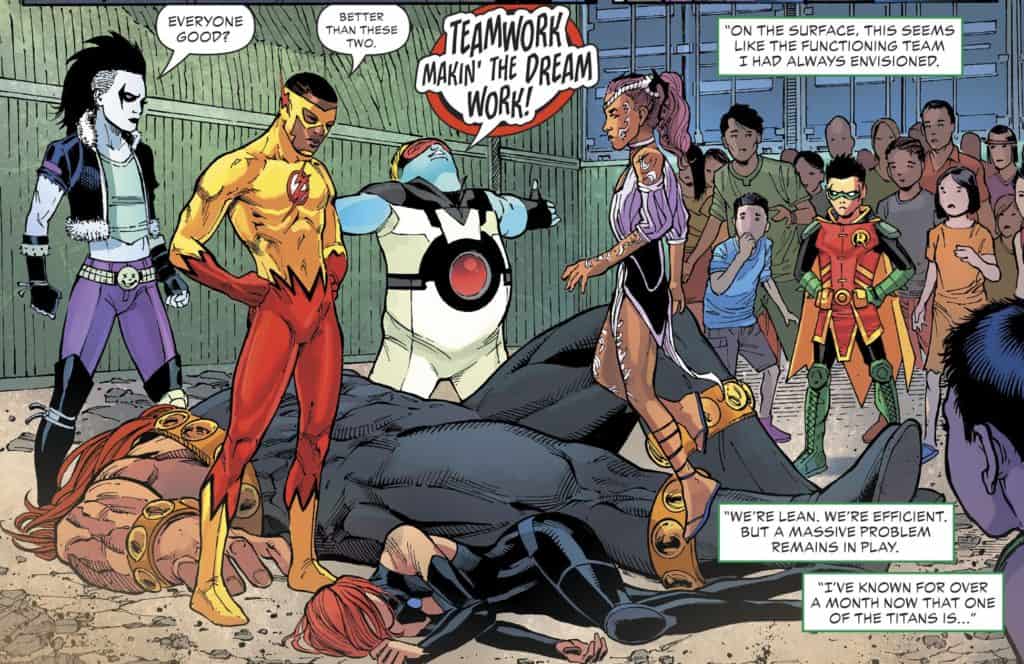 In the wake of Robin's prison scandal and Red Arrow's killing of Deathstroke, though, the team is only functional at best. Red Arrow in particular, has quit, and Robin is persona non grata. But that doesn't mean they're out of the mix completely, strategizing behind the scenes in manners most Machiavellian. 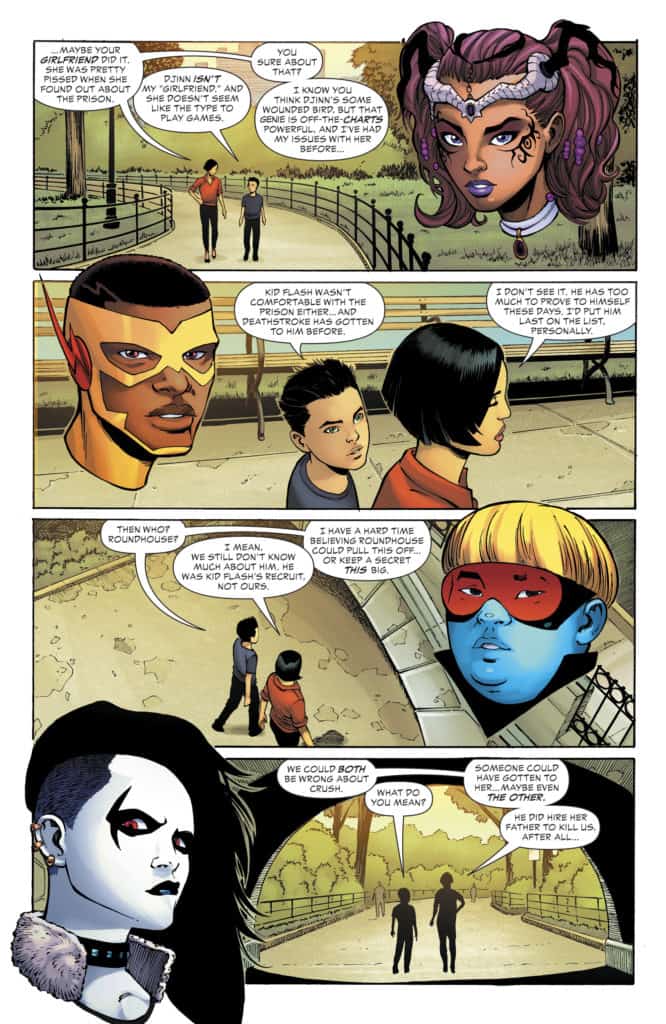 The problem is, someone opened the doors to Robin's prison cells and released all the villains. It's just a matter of finding the traitor!

But despite the failings of his prison scheme, Robin hasn't given up on his plans to permanently change the game when it comes to villain disposal. With Djinn at his side, he's resorted to brainwashing his captives into believing they're harmless citizens! 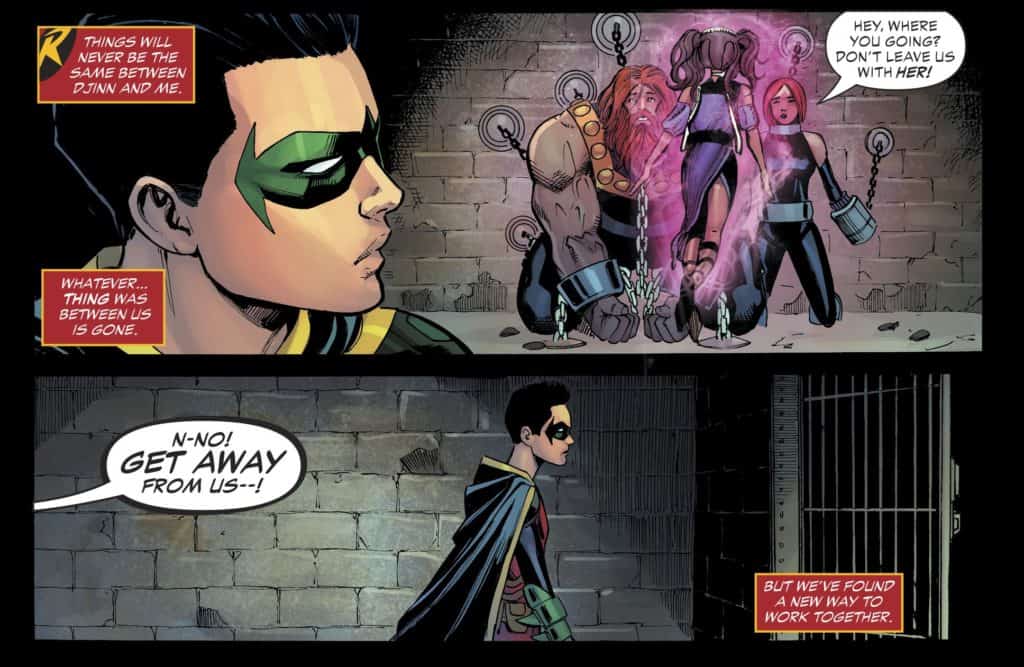 It’s Identity Crisis Part 2 as writer Adam Glass’ Teen Titans tenure moves into a new – if familiar – phase. Here we are no more than three months removed from the exposure of Robin’s secret prison, and he’s running another secret scheme of dubious morality. When are the other Titans going to realize they shouldn’t be working with someone as ethically-challenged as Damian Wayne? And don’t give me the “they just don’t talk to him anymore” nonsense. Kick him out of the band!

Still, despite retreading familiar ground with such a quick turnaround, Teen Titans remains a base-level pleasure to read. The characters are all strong and play off each other well, and the plot moves forward at a zippy but not too-fast pace. The problem is the plot itself, which has most (in)famously been done before in Identity Crisis. It’s impossible to have a story about heroes brainwashing villains without thinking about that watershed (and controversial) tale. It may have been fifteen years, but it still reverberates. Comparisons are inevitable. A cheap knock-off should not be.

The art from guest-artist Sean Chen is, in a word, fine. It’s capable and safe, eye-appealing without truly impressing. It’s a less-blocky version of regular series artist Bernard Chang, and works… well, fine. Guest-colorist Ivan Plascencia does a workmanlike job as well, but is notably subdued from the work he’s doing over in Martian Manhunter. The cover, rendered by Chang, is an oddly ugly thing to behold from a usually dependable artist. And as with all YOTV “The Offer” covers, it lies to the reader, promising a rematch with Lobo that has nothing to do with the actual story within. Editorial mandates are one thing, but an entire month’s worth of covers promising one thing but delivering another..? Not okay.

Teen Titans hits some choppy waters plot-wise, as it not only retreads recent plot contrivances of its own, but cribs mercilessly from Identity Crisis. Thankfully the characters are still sharp, or this title would be in a lot of trouble. It's still treading water, but at least its cast is worth caring about. For now, that's going to have to be enough to keep this title from sinking completely.

Teen Titans #33: When in Doubt, Go With the Brainwashing