Teen Titans #34: It’s Not Paranoia If They’re Really Out To Get You 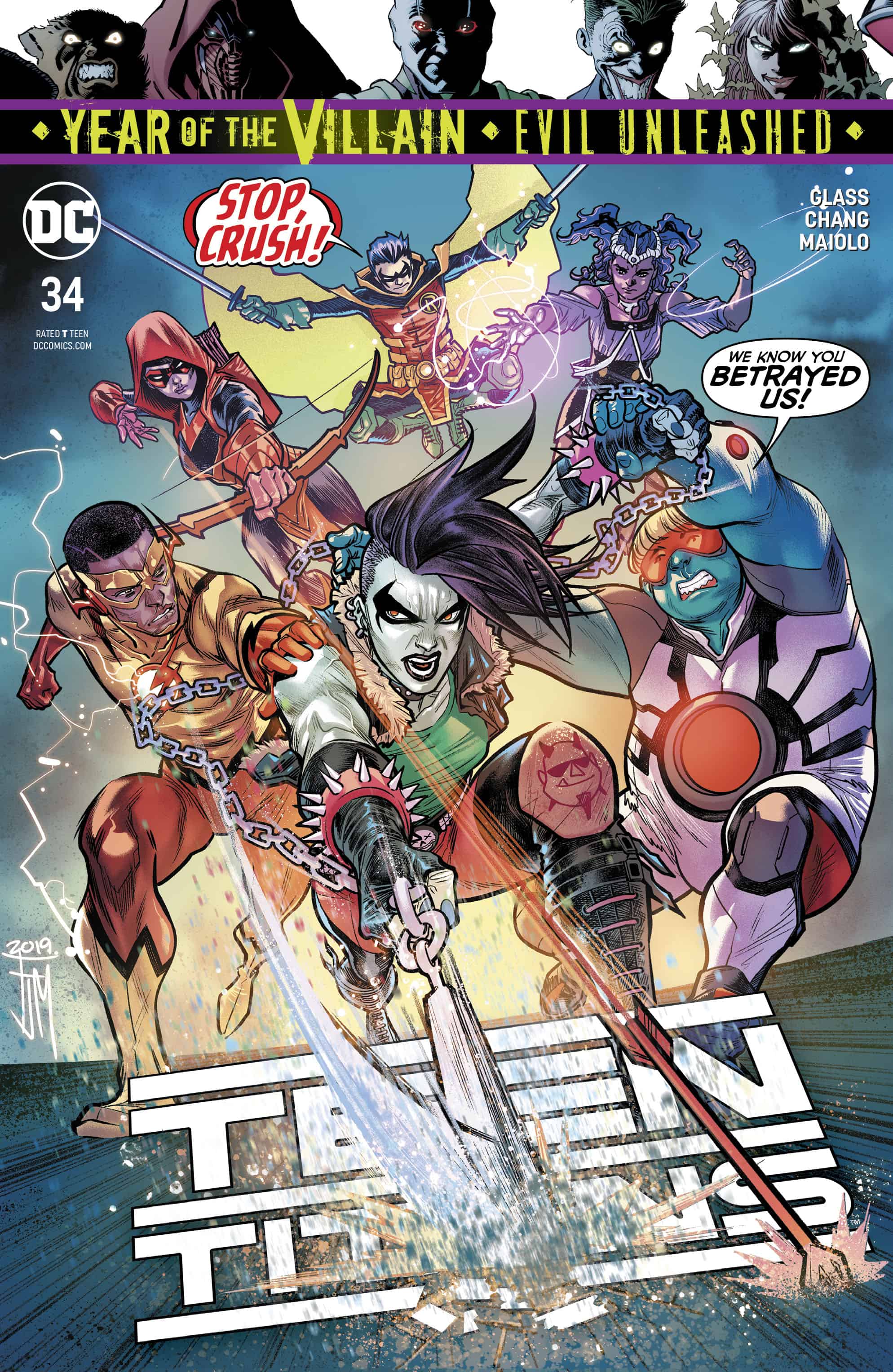 Even as Robin slowly sells Kid Flash on his scheme to brainwash captured criminals and return them complacently to society, the unexpected happens, and everything quickly spirals out of control... 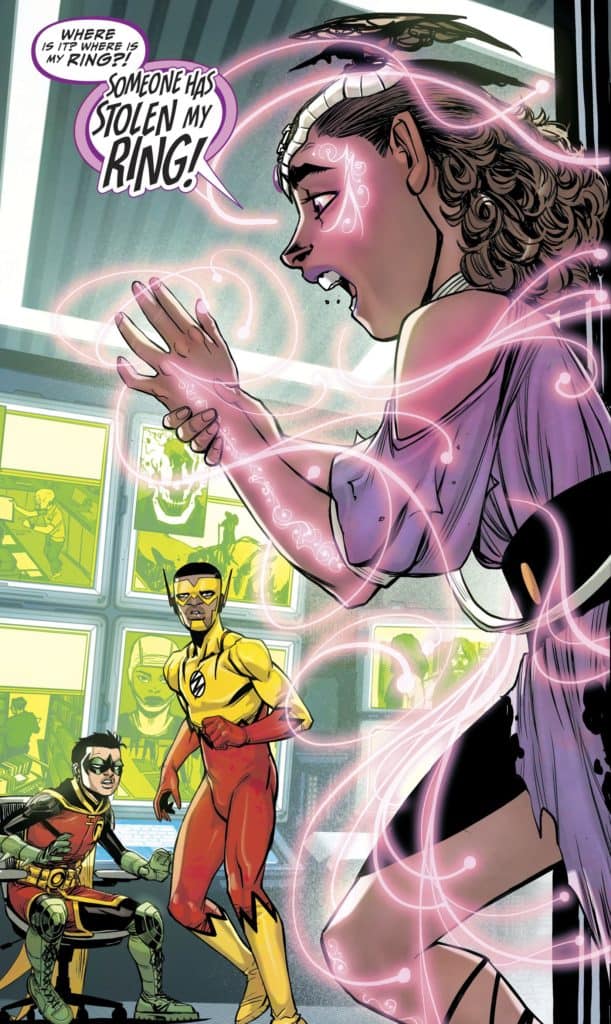 Djinn's ring is what gives others control over her. Without it, she's at someone's mercy... but who? And why now? Robin interrogates each member of the team in turn, but comes up with nothing...

Unless, of course, somebody is lying. Could there really be a traitor in the team's midst? And does it have anything to do with Robin's secret villain jail getting opened a few issues back?

Writer Adam Glass finally shakes off the doldrums he’s been plagued by the last few issues, and turns out a truly unpredictable issue. Tensions have been mounting within this iteration of the Teen Titans pretty much right from the start, and thus far, the end results have been pretty well telegraphed. This has been to the title’s detriment, as any real sense of surprise has been sucked out of the proceedings. Now, though, events have taken a major turn – and, no hyperbole, the team absolutely will not be the same after.

Glass pulls a trick he’s done recently before and stages Robin’s interrogation of each teammate the same on each page, creating a deliberate repetition. This sort of metered pacing could, in the wrong hands, become dull and predictable. But by limiting the space allotted for each exchange, Glass and his deft co-conspirator Bernard Chang move the story along at a rapid-fire rate, bringing events to a stunning and completely unforeseen cliffhanger. It’s clear Glass has been deliberately sowing the seeds of mistrust for a while now so that when it came time for this final move, everyone was a suspect. Bravo. It seems there was a method to the madness behind this highly dysfunctional team after all. Now, if Glass can pull everyone back together, he’ll have accomplished something truly remarkable – an inversion of the classic “Judas Contract” story were instead of the team being shocked to find a traitor in their midst, readers are instead shocked when everyone who has a motive isn’t the culprit. Brainy storytelling, and maybe-just-maybe Teen Titans‘ return to glory after five or six issues being stuck in neutral.

Teen Titans #34 delivers one jaw-dropper of a surprise on readers after setting up a mystery where everyone is a suspect but in truth only one isn't actually what they seem. For the first time in months, I cannot wait to get my hands on the next installment. If you've maybe felt this title was adrift for the last few months, have no fear - the resurrection is at hand!

Teen Titans #34: It’s Not Paranoia If They’re Really Out To Get You