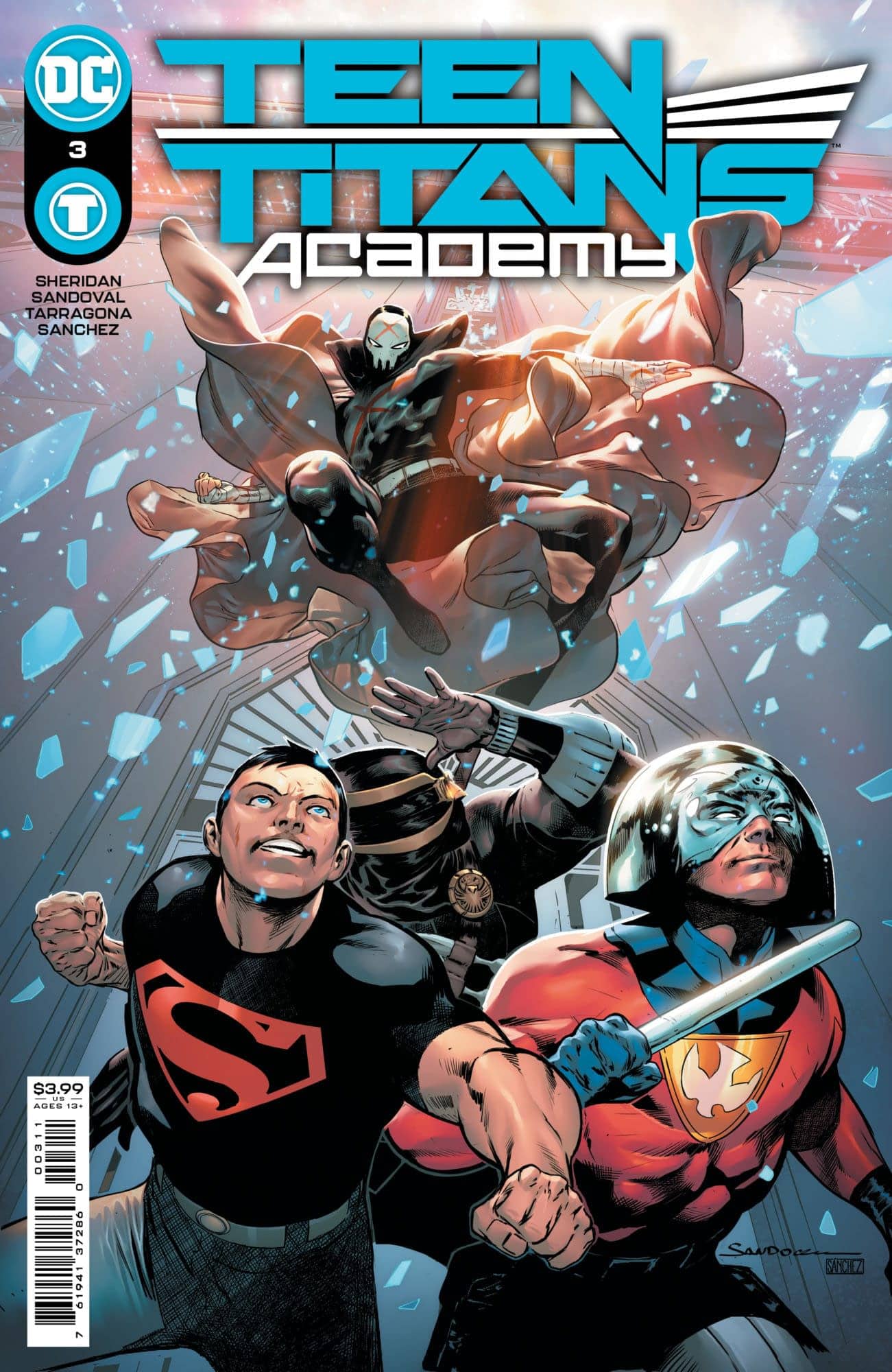 Having only been established for what feels like a couple of days the brand spanking new Teen Titans Academy is battling with the mystery of the all new Red X and the imminent threat of Waller's new look Suicide Squad. Will the kids be alright?

I have been loving Teen Titans Academy so far and seeing it crossover so quickly with the equally expectation defying Suicide Squad, giving us a plethora of characters new, old and underused in the past, makes for one heck of a read.

This issue begins by back tracking to the events leading up to the end of Suicide Squad #3 in which the squad infiltrated the school with the help of the mysterious and still unmasked Red X to detain Bolt. This expands of Bolt’s character and gives us back story, showing that of all of the new characters introduced at the academy that Bolt is going to become a major player. The pacing of the issue is some of the best from the recent batch of DC books, slowly building in mystery, forcing us to ask questions we are definitely not getting the answers to so easily before dropping more twists before the issue closes out. 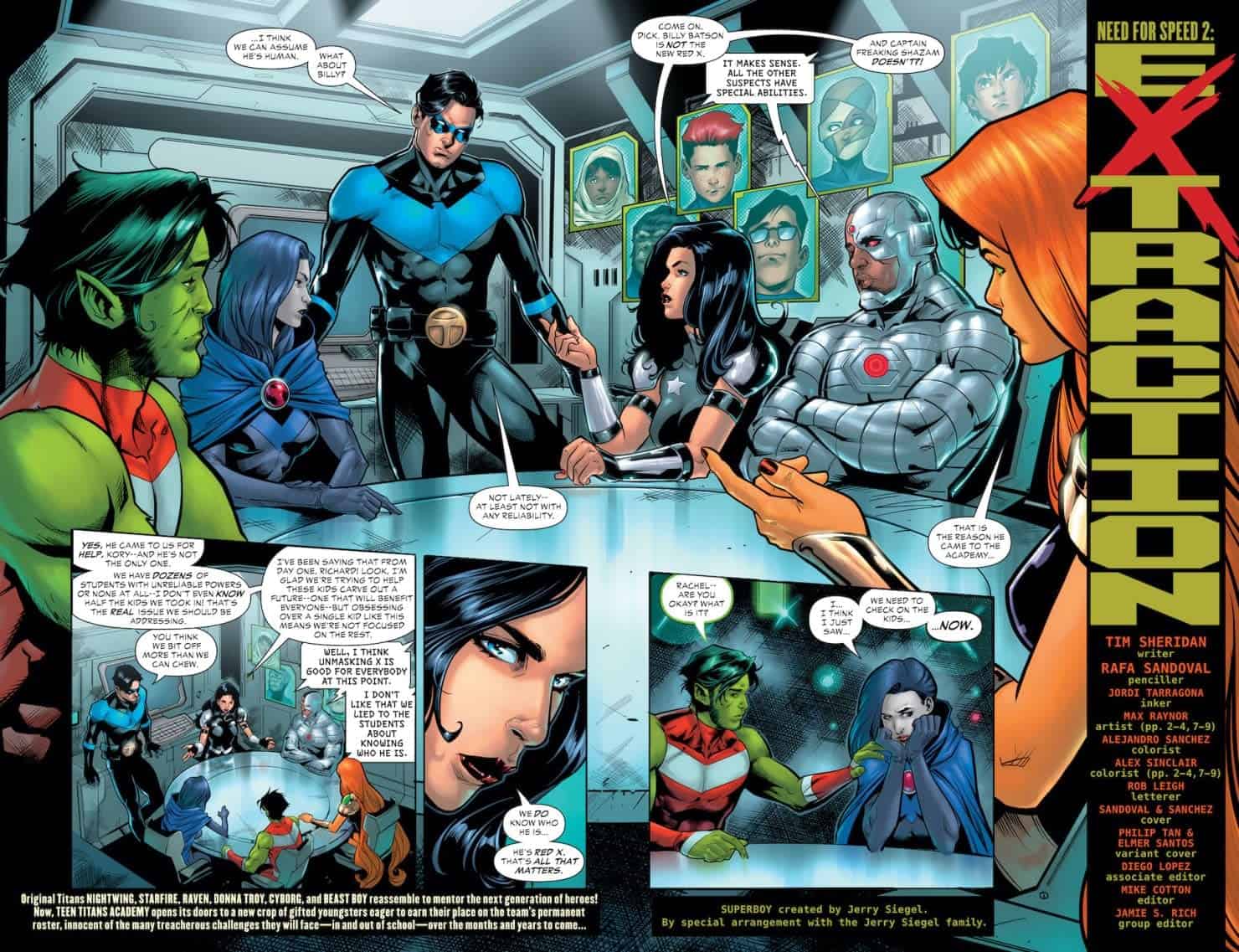 One thing the book does highlight is just how unhinged Amanda Waller has become which draws attention to her concerns over the next big bad that could wipe out the entire universe and after both Perpetua and The Batman Who Laughs failed it begs the question: what is coming?

Teen Titans Academy appears to be one of the more underrated books from DC’s Infinite Frontier which is a shame due to those not reading the series missing out on potentially big plot points of the current DC timeline.

The art is also “high end” for what is essentially a brand new line and it has been on point since it’s inception. Although it’s a book about characters who are essentially school children the art keeps the book heavily grounded in the Young Adult/Adult rated comics making it accessible and enjoyable for readers both new and old.

Other than some slight irksome characterisation of Cyborg in which he refers to Raven having a premonition of the imminent danger the kids are as "-- one of Rae's little premonitions" (Whilst she is sitting RIGHT there) the rest of the story is so packed full of mystery and heart racing action it makes the smallest of blips forgivable.

Both Teen Titans Academy and Suicide Squad are taking risks with the lesser known characters taking the lead and the "big names" gently pushing the story forward from the side-lines but it seems to be paying off with plenty of fresh perspective and a direction that we may not see coming.