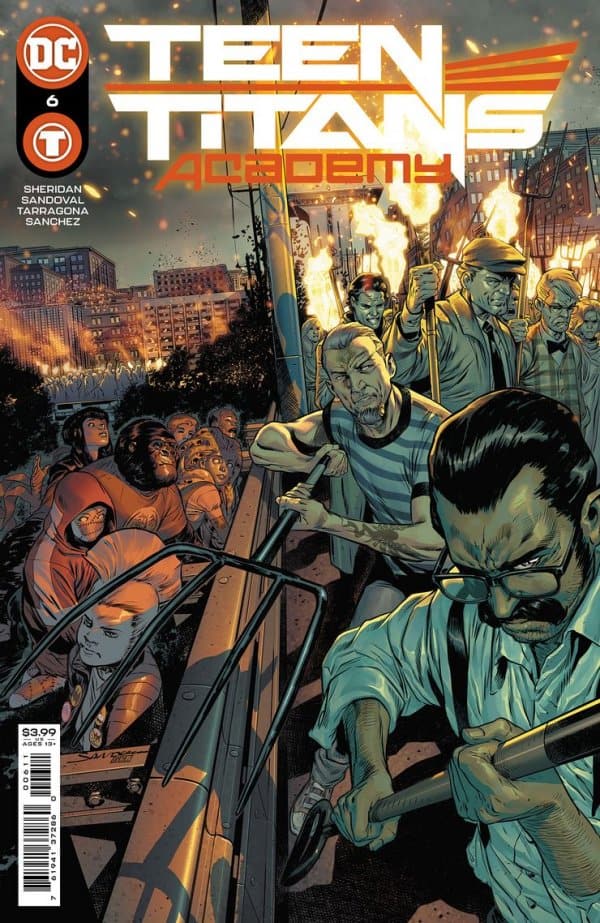 When an entire town in upstate New York turns on the students of Teen Titans Academy, while the adult Titans are on a mission, Gorilla Greg, Chupacabra, and the other new students find themselves fighting for their lives against a chaotic mob. But is there something driving the town's madness more than just intolerance?

Teen Titans Academy has us following a group of students as they make their way to a vacation spot called Beach Pond during Summer Break. At this point in the series it’s nice to have a group of students being able to explore stories without much assistance from their teacher’s backing them up. This allows them to develop more into their own characters without being shadows of older Titans. Sheridan uses this issue to continue to explore the connections these students are building and how they interact under pressure of a crazed mob trying their hardest to hurt them. 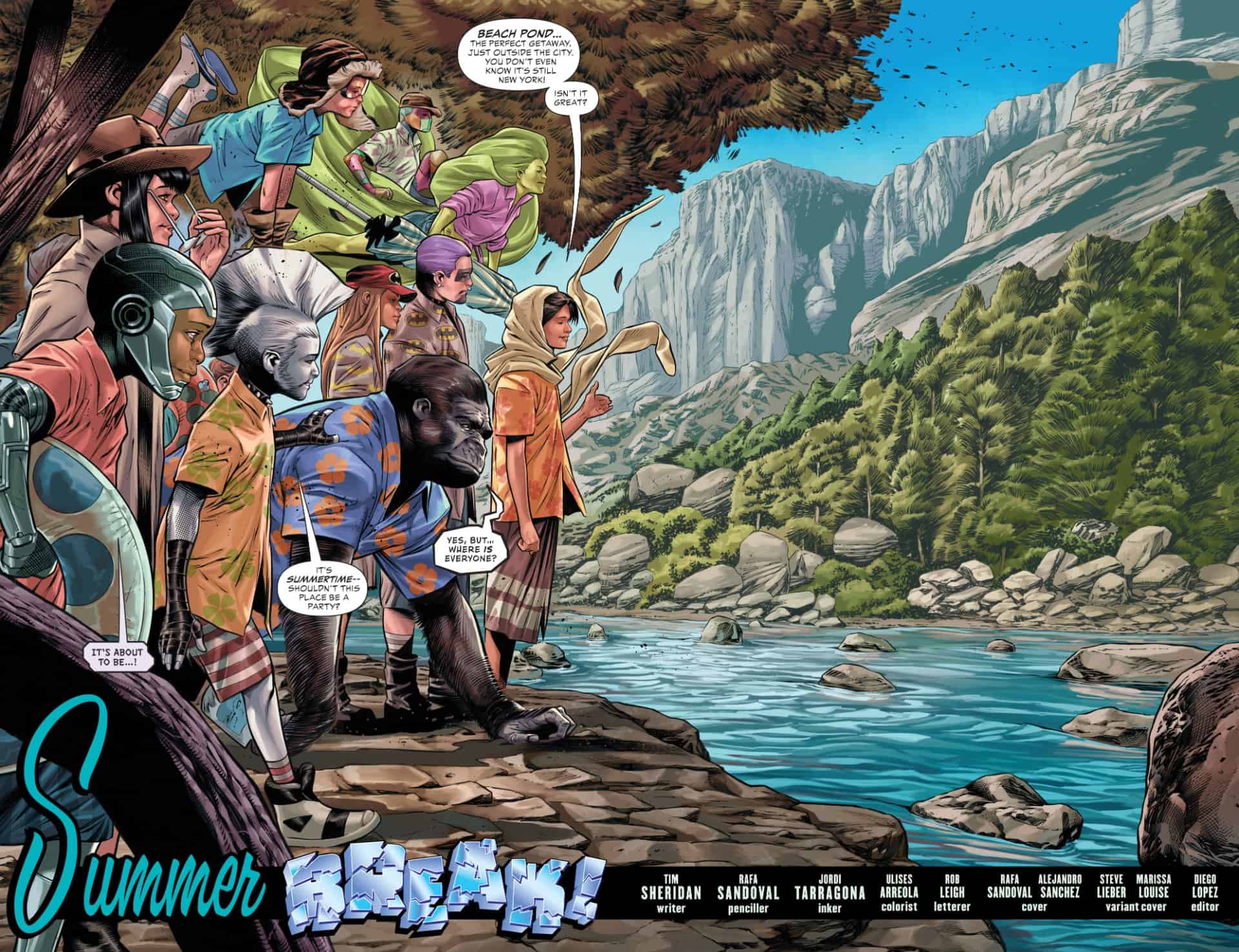 Sheridan having the team of kids as the Scooby gang for a moment is an incredibly fun choice. I love the coloring especially for the quick glimpse of the shot we see of them dressed like the infamous team. What’s also great with this metaphor is that Scooby Doo has spanned decades and been a part of the lives of many generations just as the Teen Titans have with fans over the years.

My favorite character to see drawn in this series continues to be Stitch as they have a very fun design. Stitch is quickly becoming a personal favorite of mine as they are an unpredictably fun hero and it truly means a lot to see genderqueer representation. I’ll be waiting to one day see a funko pop of them! I absolutely adore the cute little “Subplot” lines that Stitch throws out twice which is very clever from Sheridan. I really appreciate the lettering from Leigh that is used for Stitch to show how different their voice might sound from others.

The art in this issue completely blows me the hell away throughout the story. Sandoval and Tarragona are absolutely knocking it out of the park for the art and the inking. I can’t stress enough how much I love the coloring done by Arreola.

This creative team is quickly developing a fun new generation of Titans with members who have so much potential to shine in future stories. With the combination of gorgeous art, coloring, and fun writing this is continuing to be a fun series for any Titans’ fan. I will always enjoy the idea of creating new characters to tell stories for a new generation of fans while continuing to keep the love alive for older characters.