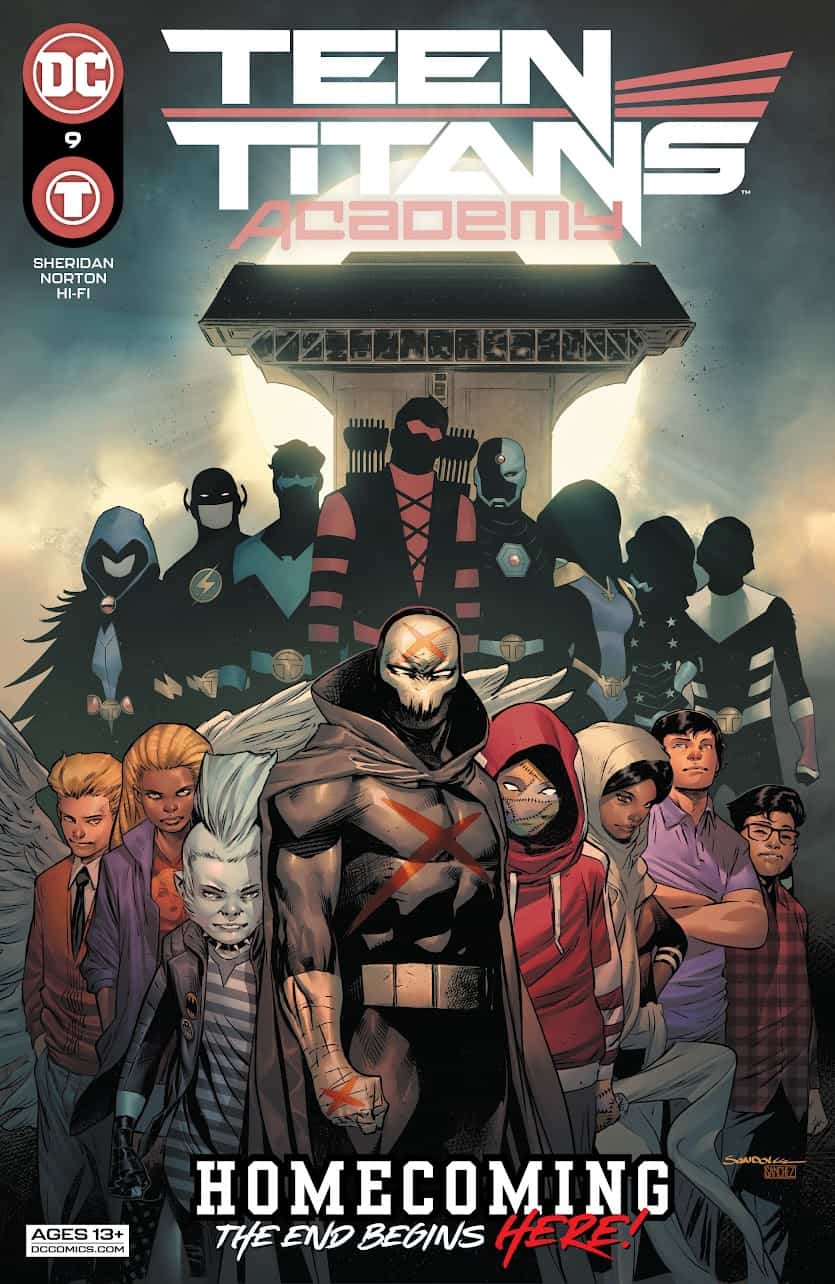 Homecoming continues! Homecoming is a time for reunion and reflection, and the shocking news that Roy is alive has left the Titans—and the Flash—with plenty to reflect upon. As old wounds are ripped open, the Academy's very existence is called into question, leaving the futures of its vulnerable young students up in the air and exposing them to the fury of an old foe out for vengeance!

Our issue starts with Wally sorting through the halls overhearing the startling news of Roy somehow returning from the dead. With excitement he immediately does what he can to show his appreciation of him being alive. 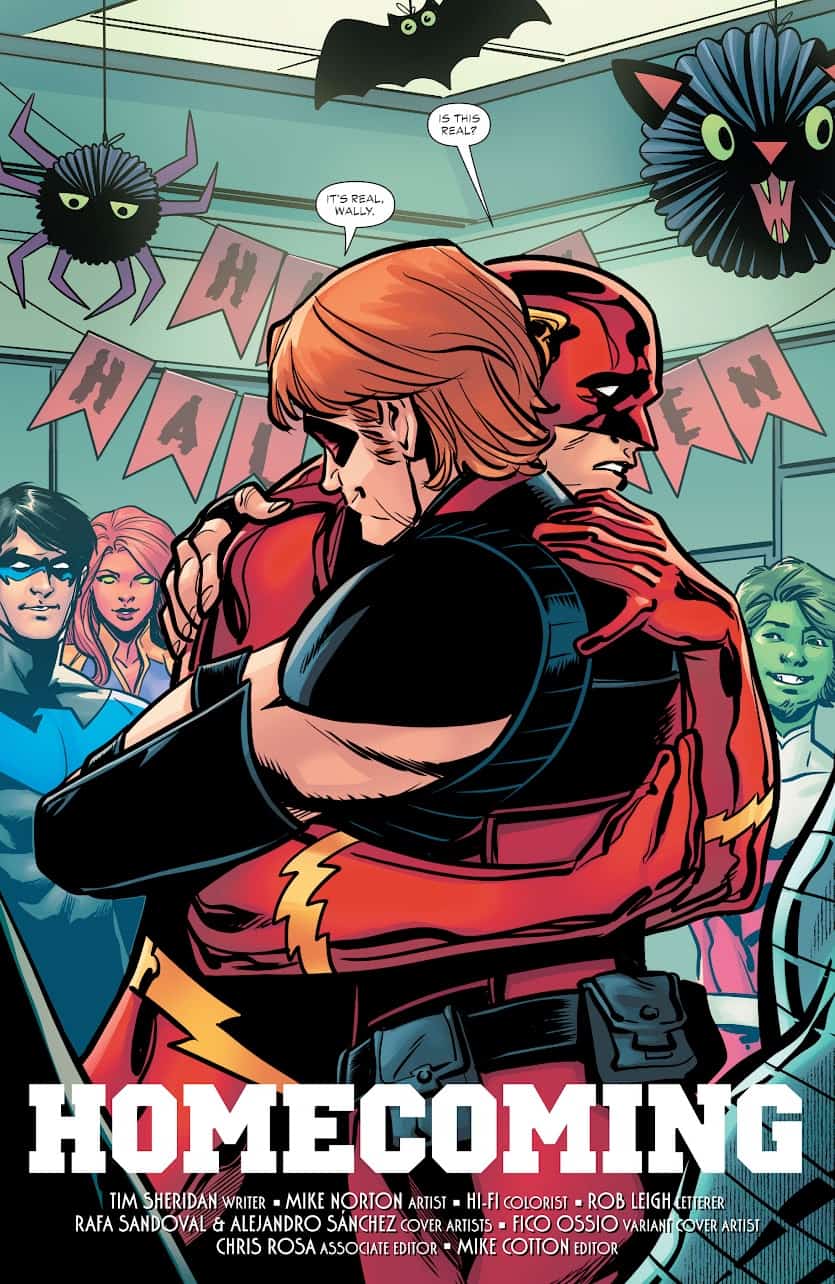 Throughout this happy filled moment we see a few of the students getting brainwashed in the middle of the night and leaving their dorms. We see the students appearing in a creepy room to only be greeted by the villain Psimon. Psimon doesn’t have anything better to do than to round up some of the bright students. He reveals he forcibly brainwashed them into arriving to him to join his Fearsome Five.

In a short scene we see the Titans at the tower ready for the big Homecoming event to begin! At this moment I really adore Hi-fi’s coloring. It really brings alive how special this moment would be for students. It is however, short lived when it’s brought to their attention that some of the kids are missing. Raven is quick to reveal their psionic traces are bizarre. I did absolutely laugh out loud seeing Roy immediately jumping to the conclusion of Psimon being behind a “psionic” issue. I enjoyed Sheridan’s decision to have a funny way for the Titans to quickly gather who could be behind the kidnapping.

Moments later the Titans arrive through a portal to save their kidnapped students only to find a shocking scene of Red X holding the decapitated head of Psimon. The villain was trying to manipulate children into a horrendous life of terrorizing people. I can’t say I could really blame Red X for his decision as he was on the other end of the manipulation. I really love the eeriness of Norton’s depiction of this scene. It’s a sad scene because at the end of the day they are still kids and as much as the Titans have been trying to prepare them there is no way they can be prepared for everything.

I'm curious what this shocking moment means for the cast and especially Red X. He made a difficult decision that is going to alter the course of the rest of the series. I wonder how the students will respond when they find out or how long it'll take for them to find out after what the Titans witnessed.