Terminal Punks Vol 1: It’s Not Just A Dream To Me 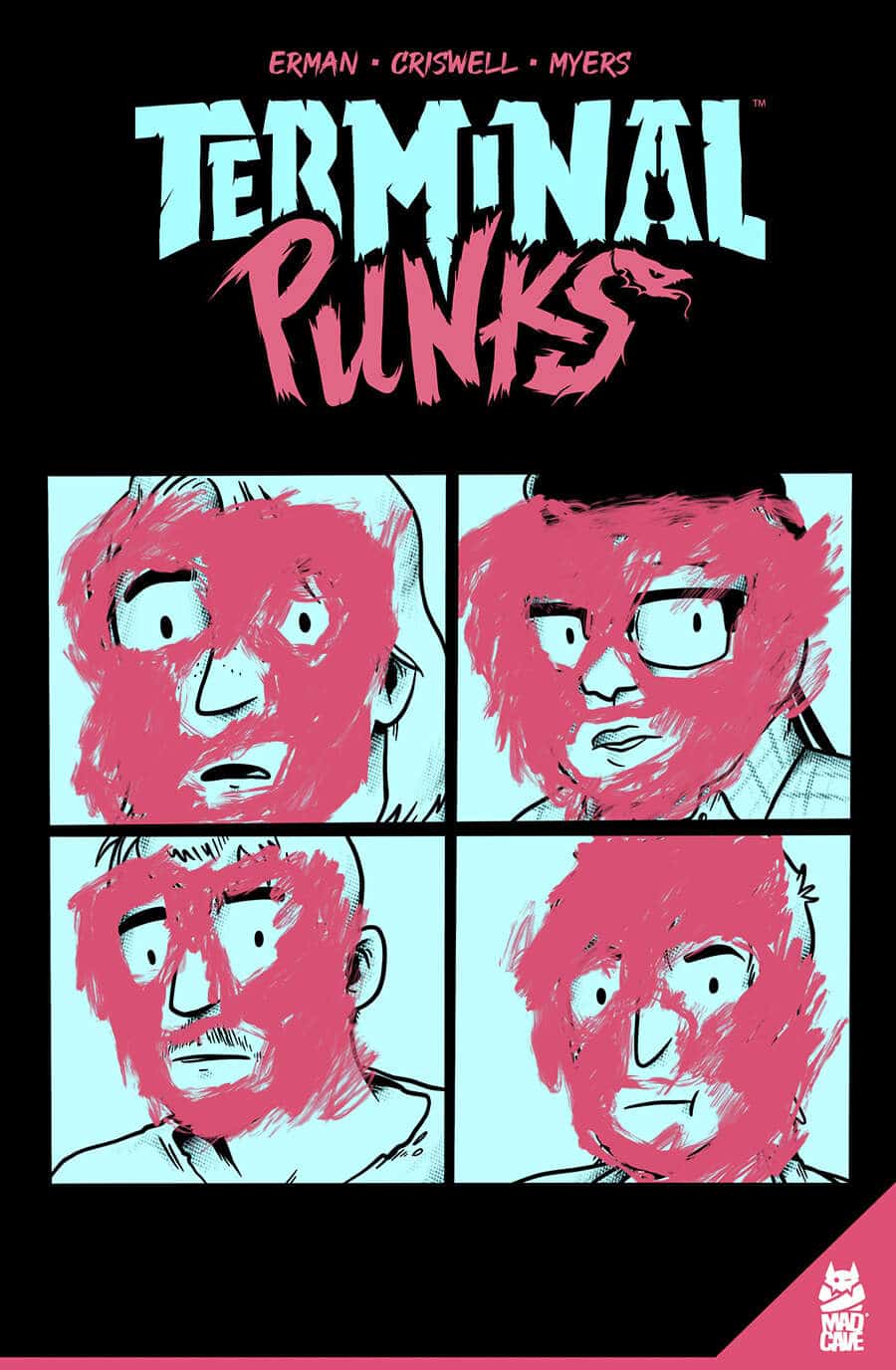 Four greasy gutter punk teens are en route to their big show in the Big Apple, but when things go monstrously wrong and mutant animals are unleashed in the airport, our heroes must put on their combat boots, fly their Black Flag, and survive a viral genetic mutant nightmare. Terminal Punks is a blaring love letter to the music and attitude of rebellion!

Terminal Punks is as fun and good at sucking you in as its graciously put together soundtrack in the first page (which has a Spotify reduced version but honestly I recommend the full one from the book! 😉 ).  So, let’s press play and enjoy the ride. 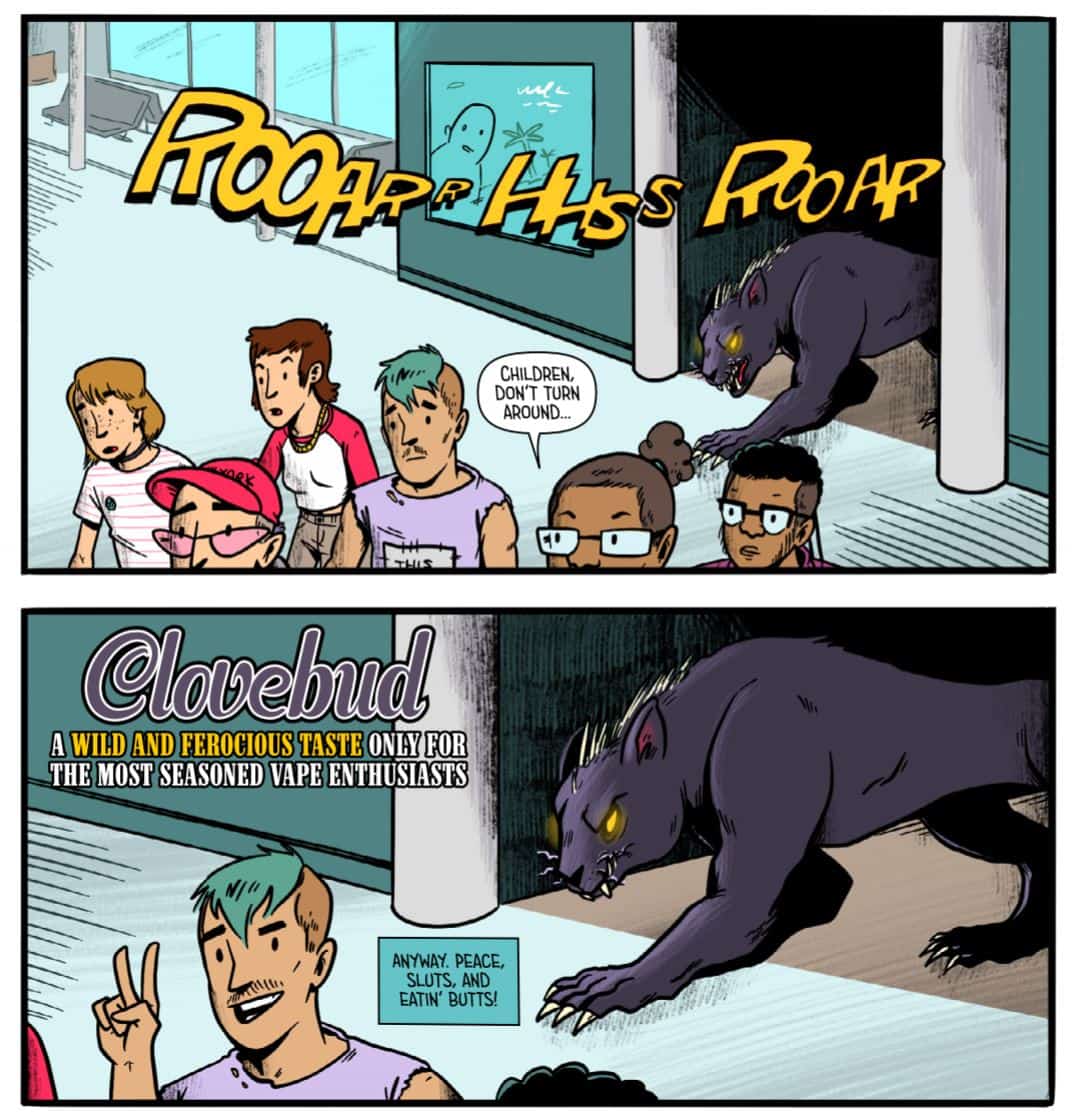 After a sit in through this volume while I played its loud punk music at the side, the thing that has stood with me the most is the way the relationships develop through the book, which gives both a deep sense of familiarity (like these are the punks you’ve been knowing all your life) and of growth within the characters, making the trope of bonds strengthen during apocalypse feel earned. Matthew Erman takes the ‘get a bunch of likeable characters together in a stressful situation to push their boundaries and bonds’ to the greatest of extents, and Shelby Criswell’s breezy, gaudy, expressive art makes that just, work on the page. The coloring and visual composition are special highlights of this volume, where the design of each chapter’s opening pages combines perfectly with the overtly saturated, bloodstain filled background gradients (it sometimes is a bit too saturated but you can’t help the distortion!); and the pages trade structure for dramatic impact, with lettering and FX as out of this world as it is out of the panel, popping right into your face. 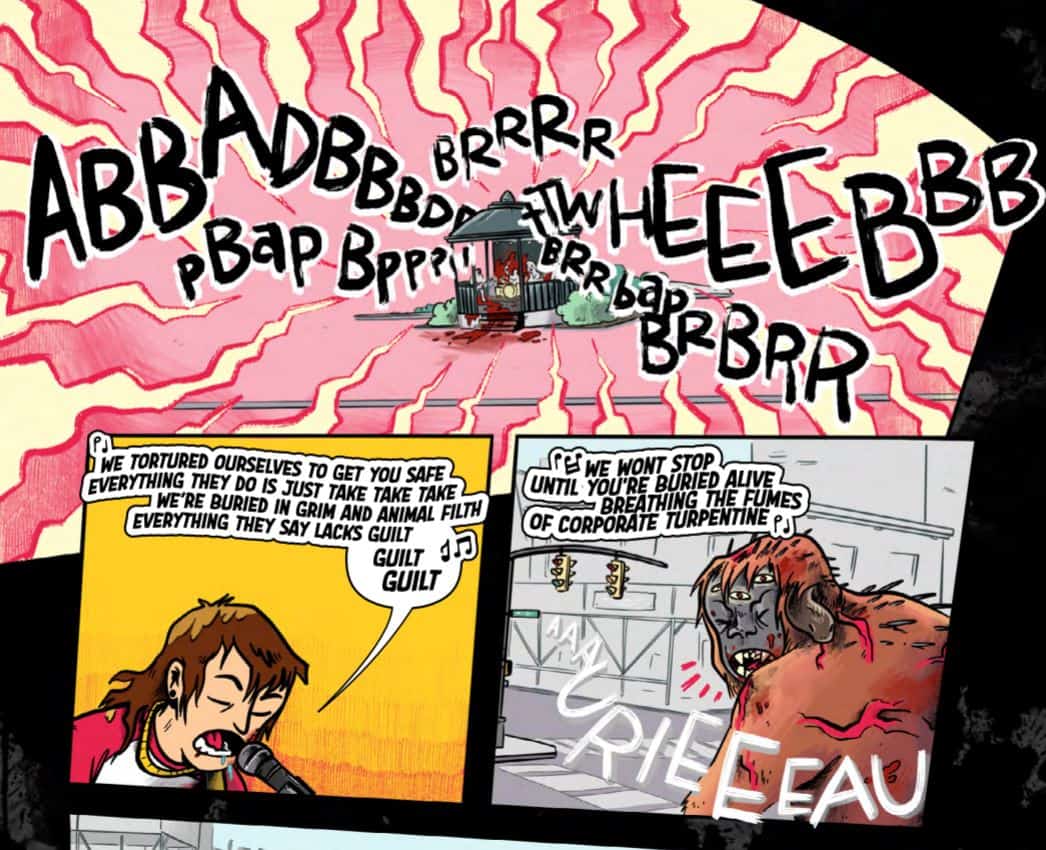 The broader criticism of capitalism of this book is by itself a strength at its core, with the rebellious tone of the story pointing in the right direction as soulless millionaires create a catastrophe that our main characters can only work around one way: with loving and understanding each other and telling them to fuck off. And, a lot of blood. And, for real, the best package for that is this mix of bloody B-movie vibes with cartoonish but detailed character designs and a breeze of punk zine all over it. 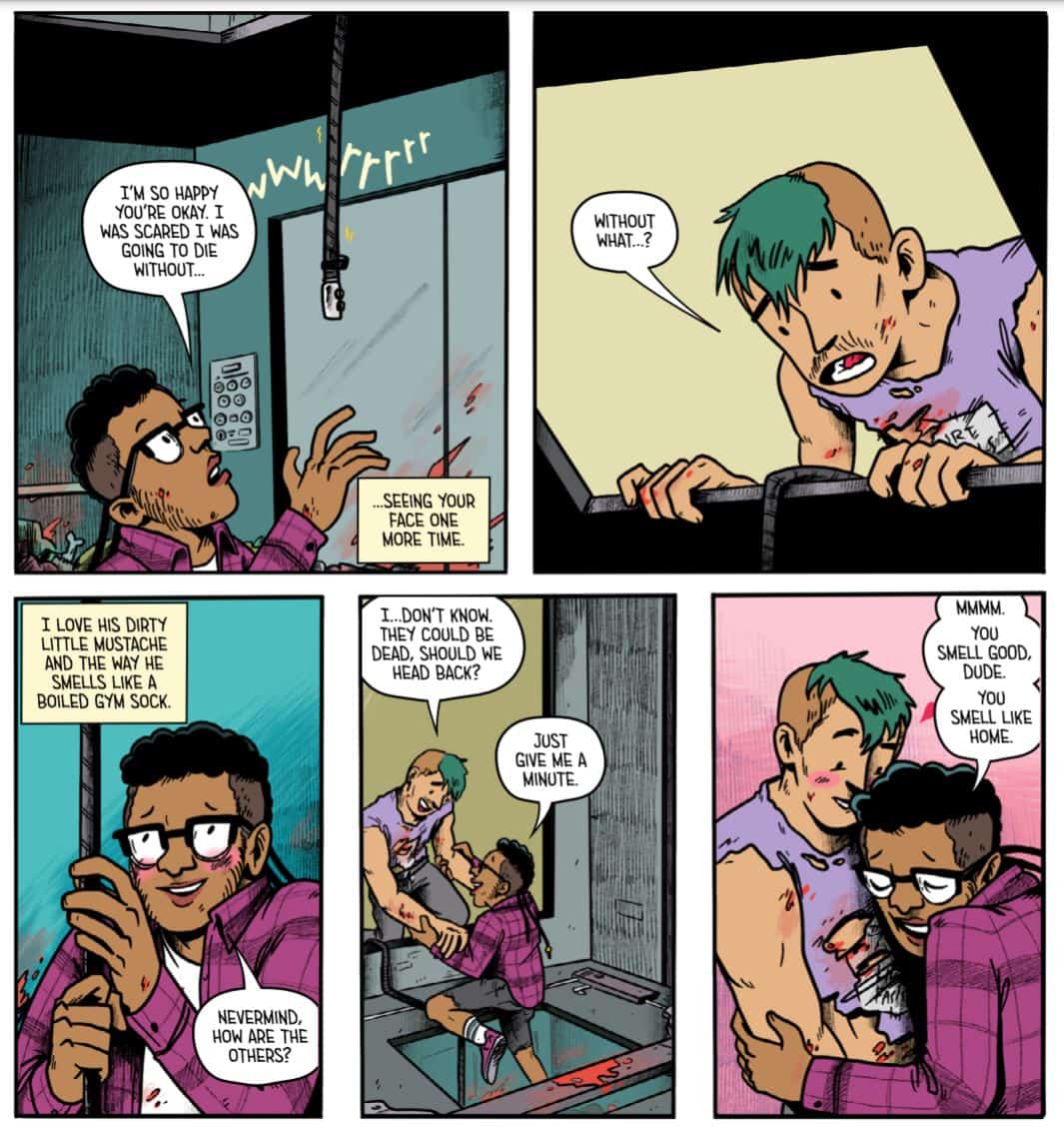 My favorite chapter is Chapter 4: B’s for All The Punk Kids, as it delves into a non binary’s character very gay crush on their best friend, while there’s a lot of screaming and a fever dream. Gotta love that shit. It’s also a delight to see gender non conforming and non binary characters drawn by a non binary artist, not cause it plays an specific part on story narrative (this book is just fun relatable personal shit stuff for its whole narrative, it’s not gonna tell you a story about gender), but in the sense that how they look, behave and express is not coded in the usually overgendered expectations that we’re used to in comics, and the way the characters dress, express and their physicality on the page feels starkly free from those constraints. It also has a song by She/Her/Hers, one of my favorite artists and a dear friend, in its soundtrack, so, I might be biased.

Terminal Punks is a book that's gonna make you want to mosh, scream, rejoice in its messiness and hold your loved ones close. And it's gonna make you hate capitalism even more, duh. It also understands exactly why punx win.

Terminal Punks Vol 1: It’s Not Just A Dream To Me