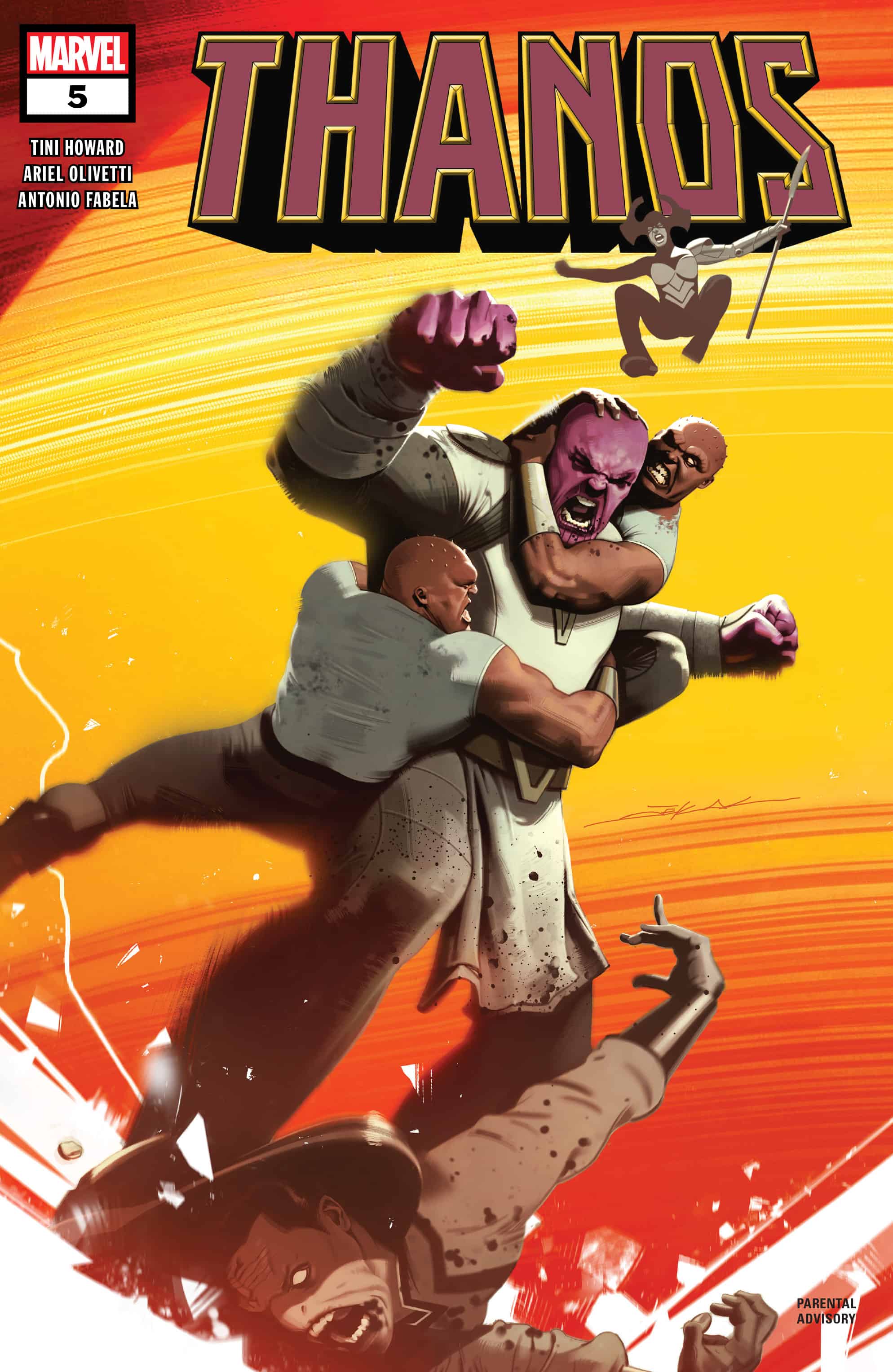 Gamora has been left to fend for herself against Thanos' mutinous crew, including the Ebony Maw, Proxima Midnight, and the Blood Brothers! 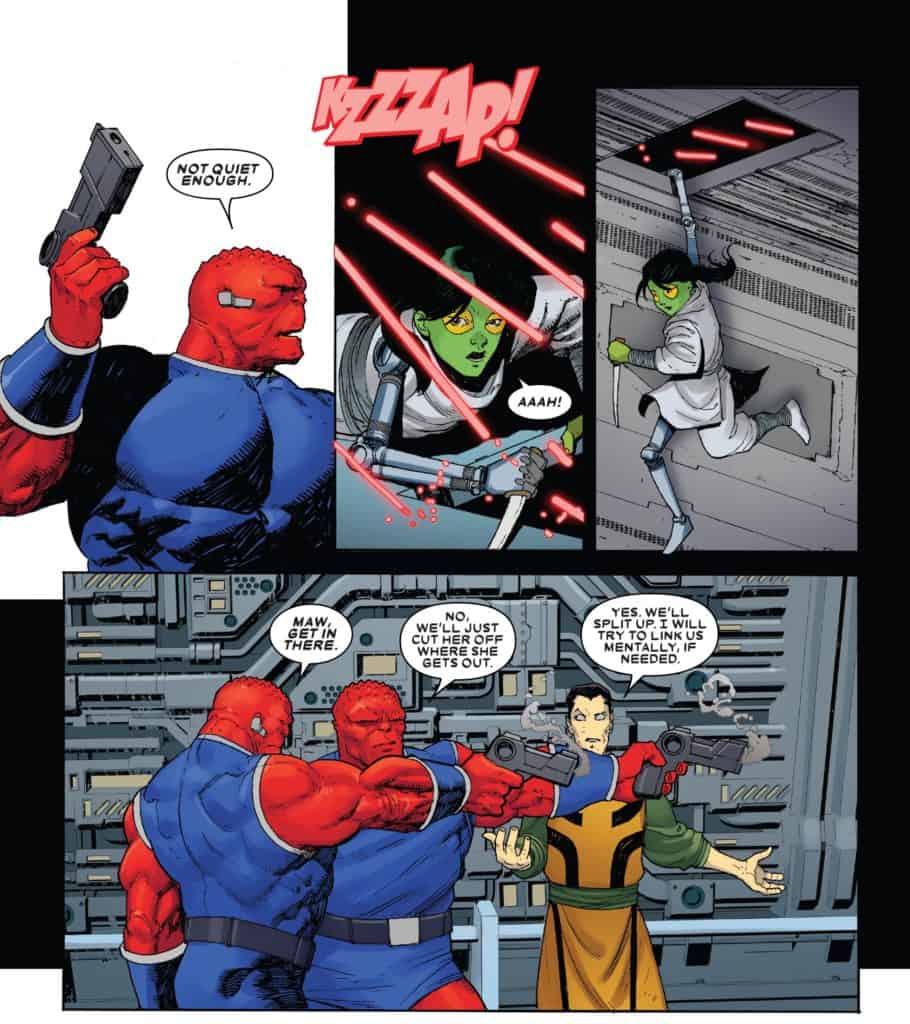 Meanwhile, Thanos goes to remedy his ongoing conflict with the Magus!

Final conflicts are on the horizon as everything comes to a head. But in the present, Gamora finally reveals who her travelling companion is as they arrive on Halfworld, and it's a revelation that throws the presumed end of this story completely into question!

Thanos #5 sees this miniseries delivering on some of its early promise, although I’m hard-pressed to say this shouldn’t be entitled Gamora rather than named after ol’ Purple Puss. Gamora is the real emotional core of this story, and although the overall execution of her arc leaves a little bit to be desired, it’s affecting nonetheless. Seeing her fight for her life is a fun treat, too. She’s nowhere near the warrior she’ll become, but she’s still scrappy and resourceful. Bonus: Thanos’ forces aren’t written as hapless buffoons in her presence, but merely overconfident. If writer Tini Howard had leaned toward the former, the scene would have had less impact.

Speaking of being less impactful, though – Thanos’ war with the Magus continues to be unimpressive. It’s an attempt at being a clash between two cosmic titans, but plays out like a petty high school cat fight. There are no real stakes to their conflict; it’s mainly just a lot of trash talk and wang-measuring. As alluded to in the above summary, there’s a little present-day twist at the end of the issue that throws the conclusion of their fisticuffs into question, but it’s more confusing than the “Ah-HA!” moment it hopes to be.

Unfortunately, Ariel Olivetti’s art continues to be basic at best. The painterly skills he employs on the cover do not translate to his sketchy, detail-less pencils, and the colors by Antonio Fabela are flat and dull.

In the end, will any of this matter, other than serving as a brief vignette into Gamora's trainwreck of a childhood? Perhaps, perhaps not. But at the end of the day, the story needs to feel like it matters - and this Thanos miniseries, despite some good intentions, comes off as more of a piffle than an explosion.