There Was Never Any Doubt. Thanos Wins! (Thanos #13 Comic Review) 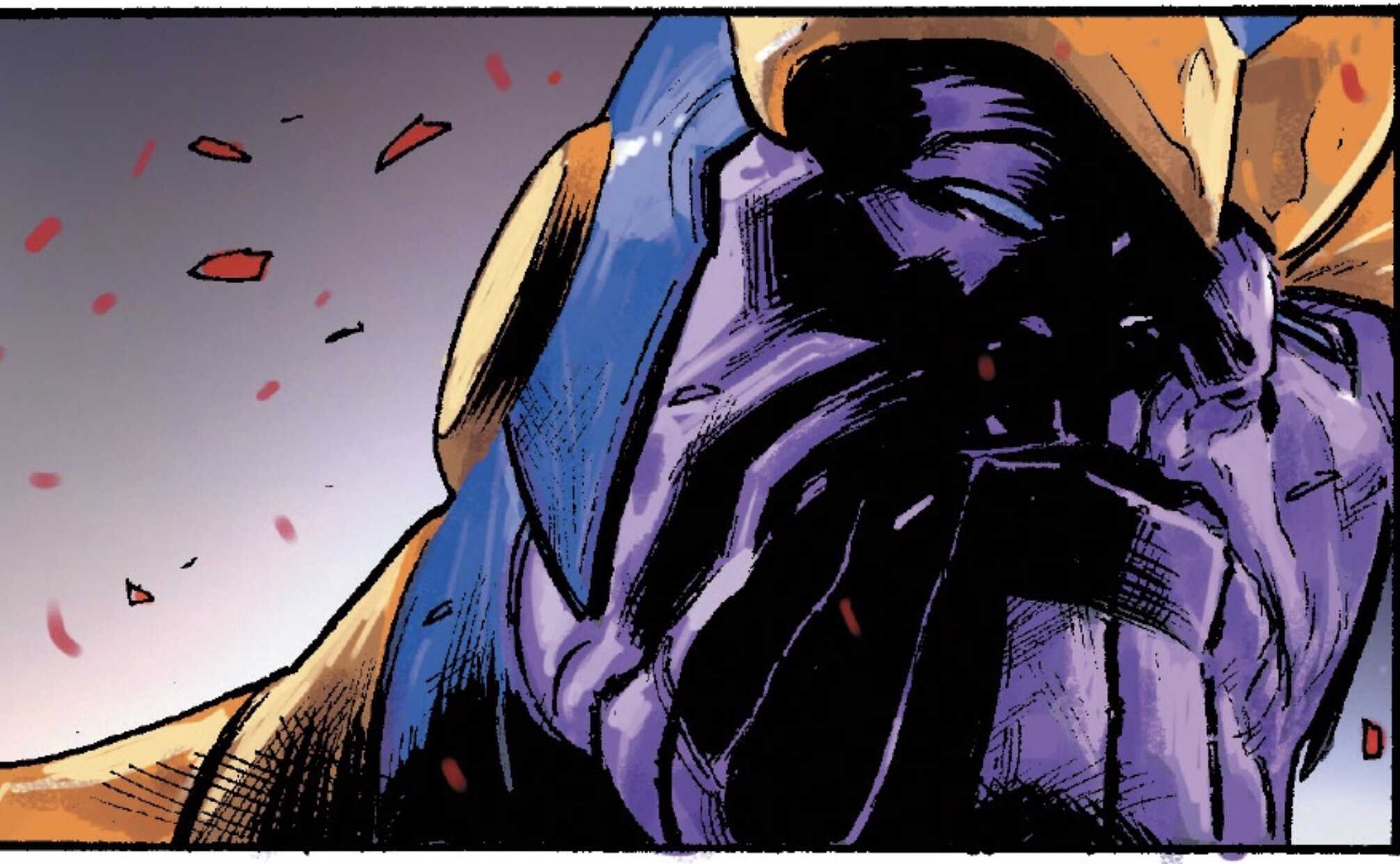 In the end, it was Thanos who wins. It was always going to be Thanos.

What You Need to Know: Thanos has recently gotten his power back to full strength after facing his trial in the God Quarry. Vanquished his son Thane who had possessed the power of the Phoenix Force. And has begun a new campaign to conquer the universe. Thanos is back! 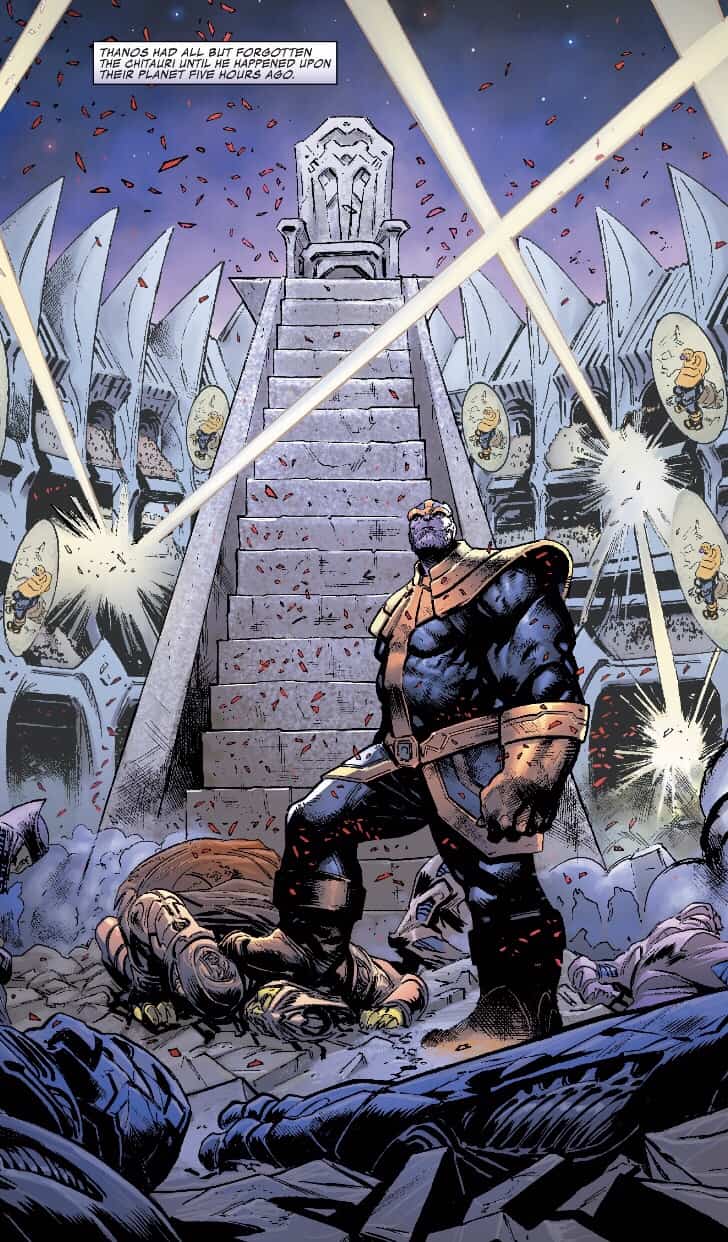 What You’ll Find Out: This issue begins with a simple revelation, one that every being in the universe would agree upon. Thanos will one day win! Thanos will conquer, kill, and outlast every other hero, god, and being that exists. Cut to Thanos conquering the Chitarians with relative ease and the ominous revelation seems like only a matter of time. And while Thanos should be basking in his glory’s. He is simply bored and annoyed by one of the Chitaru he left alive. Perhaps Thanos would have killed the annoyance if not for the appearance of the cosmically powered Ghost Rider. Excited at the prospect of a true fight, Thanos is ready and relishes the thought of killing Ghost Rider. However, this Ghost Rider is from the future and not here to battle Thanos. Instead, Ghost Rider traps Thanos in the chains of Cytorak and uses the time stone to bring Thanos to the future. Still seething at Ghost Rider trapping him hurling them to the future, Thanos is still ready to kill him. Until the revelation is made even more apparent. Thanos sees his future self, sitting inside the hollowed skull of Galactus. Thanos now realizes, he has won! 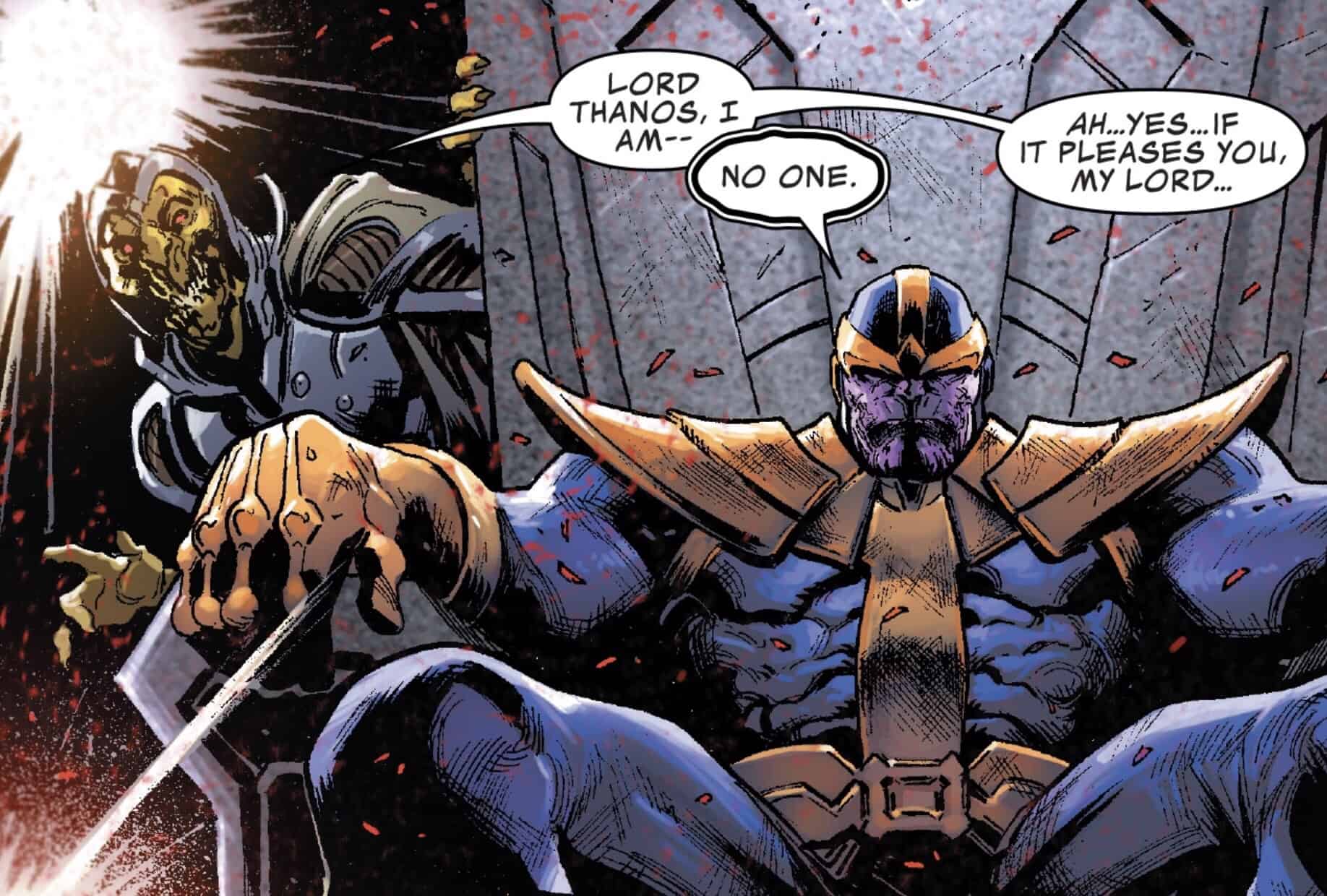 What Just Happened? Donny Cates cuts right to the point of who Thanos is…a conqueror! After the first 12 issues of witnessing a weakened Thanos who fought to get his power back. Cates waste no time in getting right to the business of what Thanos is all about. As a fan, I can say, it’s about damn time! Don’t get me wrong, I enjoyed the first arc and learning who Thanos was a character beyond a power hungry insane despot. But now the fun begins and it’s off to a great start. The beginning is ominous and foreboding in its message. No matter how hard the heroes of the universe fight. One day, it will be Thanos who stands above all. Cates treats Thanos exactly as he should be treated. The greatest villain in all of Marvel.

Geoff Shaw is just a magician when it comes to his art. Great detail and just a true understanding of how to make Thanos look exactly like the threatening titan he is. Antonio Fabela colors are just as magical as his tones and textures fit the hard and rough features of not just Thanos. But of everything that surrounds him. While it all comes out as beautiful art, the ugliness of what happens when Thanos is present also comes out perfect. This isn’t a hero book and both Shaw and Fabela make that clear in their art. Things are dark and gritty and exactly as it should be. 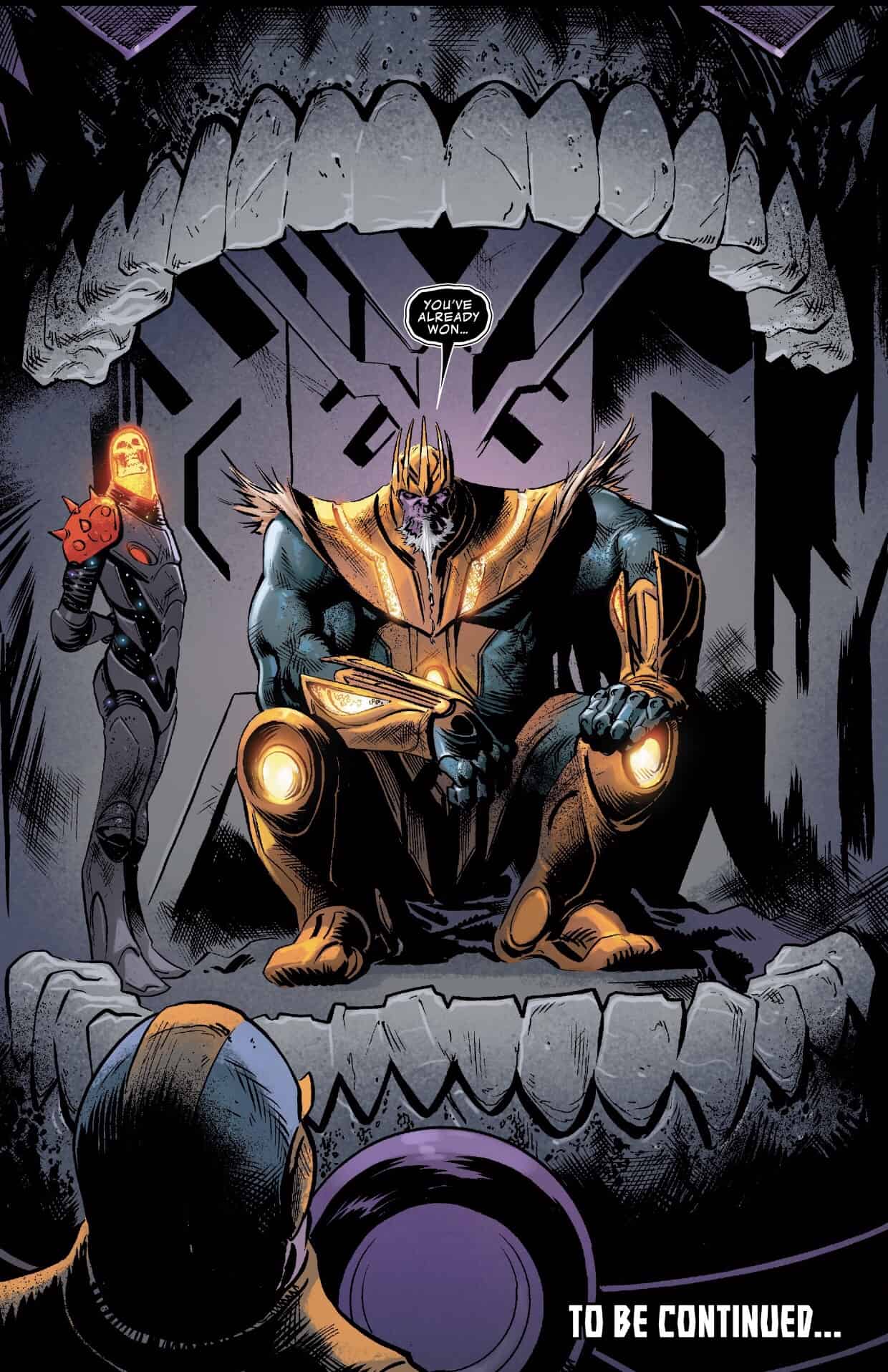 Rating: 9/10. Final Thoughts: A great start to a story where we will get to see the Thanos we wanted to see all along. This is the mad titan in all his power-hungry glory. And I can’t wait to see what happens next when his future self and Thanos interact. What will we find out beyond “Thanos Wins!”? Did Thanos get everything he ever wanted? Or will this just bring about another side to this titan we never saw coming? Either way, it’s refreshing to have Thanos back at full power. As it often happens that a writer will water down a villain in order make them more vulnerable for story sake. What’s more exciting, is reading a story from the villain’s point of view after winning. Thanos is a great book and I would recommend this to any comic reader.