That Texas Blood #12: All About Evil 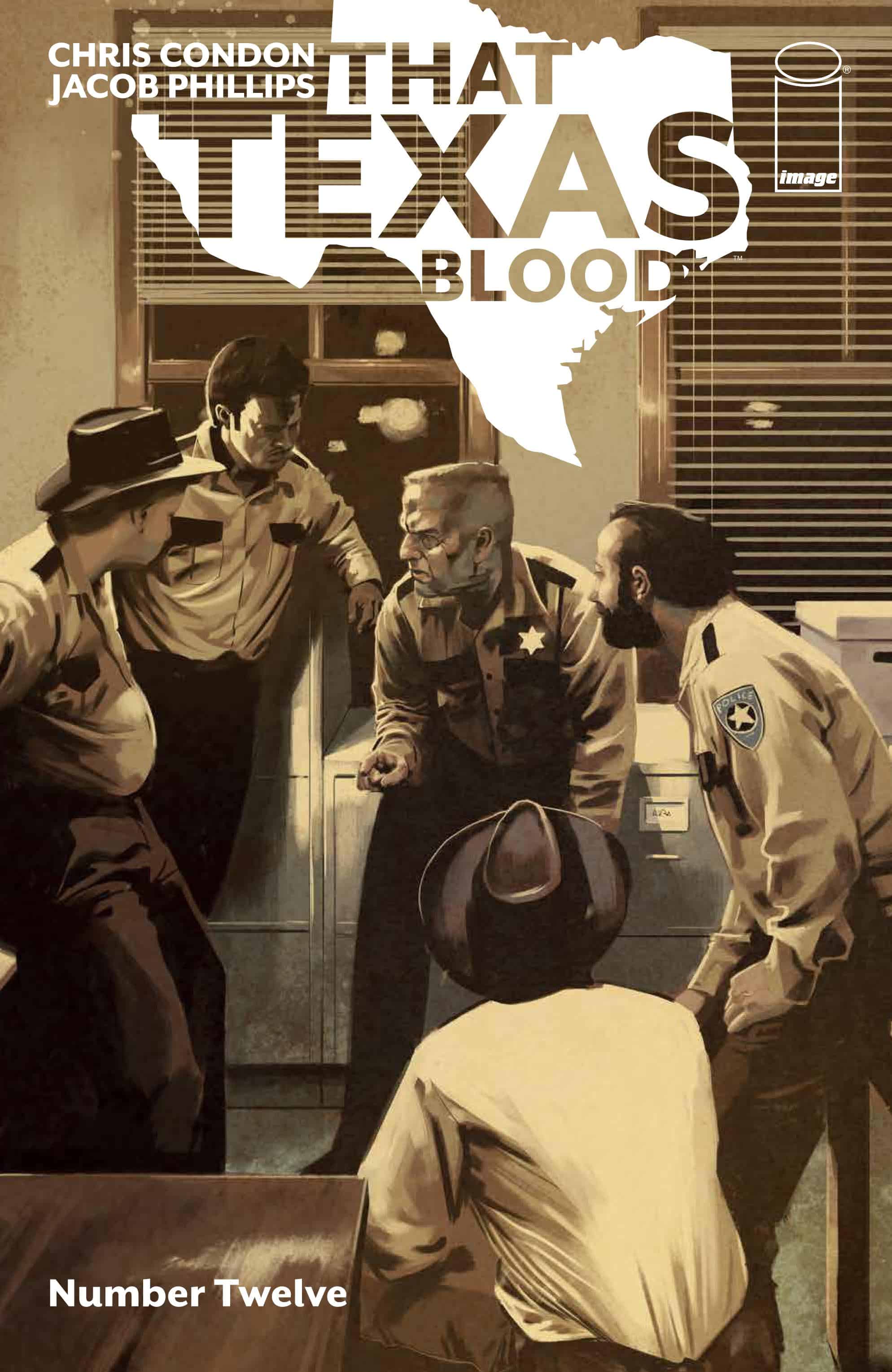 The “EVERSAUL, 1981” storyline ENDS here! Joe Bob wrestles the ghosts of the past as he recounts the frightening conclusion of the Cult of Night’s ritual.

In life, there’s never a neat and tidy ending. That desire for closure, a nice little bow to tie up the threads of events, is something that can drive a person crazy. Stories are normally a way to compartmentalize and construct events in a linear fashion, where the day is saved and life has a natural conclusion. When stories reject that model and present something a little closer to reality, where there are more questions than answers, the story sticks with its audience. It seeps in and reminds of the real world, and it gnaws at the mind, hovering in the fringes as it consumes a person’s thoughts.

That gnawing sensation is at the core of That Texas Blood #12, which sees writer Chris Condon and artist/colorist/letterer Jacob Phillips bring the book’s second arc, “Eversaul 1981”, to a close. The issue on the surface serves the role of a conclusion, winding down the action of a vicious cult trying to sacrifice a young child, and sees evil stopped in Ambrose County. Condon has Joe Bob narrate the end of the story, providing exposition on the fallout of the experience, where the various players find themselves, and how the town moves on. Condon’s framing device ends and we then follow as Joe Bob attempts to put those demons to rest, having exercised the story of evil, then reaching out and checking in on that young girl so many years later. On the surface, it appears that Joe Bob has put this specific event in the past, but the last page of the issue makes it clear evil is not done with Joe Bob. Every attempt at closing the story, and to provide resolution, is met with a hostility of reality, where that closure is seldom the case.

Phillips’s art reinforces those lingering tensions, using blacks and shading to add an oppressive air to the most cathartic moment of the book, a present-day Joe Bob chucking a rock at the mansion, the heart and home of evil in Ambrose. In what one artist may draw as a triumphant success against a lingering demon, Phillips presents as an ominous warning of more to come. Phillips cycles through various angles and panels to construct this moment, and it’s telling that he chooses to use the full page to render an image of darkness and southern gothic horror, rather than the moment of Joe Bob reaching out to the survivor of the horror. It’s two sides of the same coin, moving away from the past and looking to the future, but while one side points to hope and healing, the other is a more prevalent feeling of dread. Dread of what was unleashed into the world in ‘81 and how it’s going to come for Joe Bob.

That Texas Blood #12 is in its essence a tale about how the story is never really over, and how real life does not have natural closure. Condon and Phillips take the notion of tying up loose ends and turn it on its head, showing that nothing is ever really over, and trauma and evil linger past their believed conclusion. As the book moves from this arc, into its interlude issue and third arc, it’ll be fascinating to see just how much darkness was released into Ambrose county, and how Joe Bob will be forced to confront it. Hopefully, Eversaul is still kicking and prepared to reappear and help Joe Bob keep it at bay, just like they did in ‘81.

That Texas Blood #12: All About Evil