That Texas Blood #13: The Tell-Tale Iron 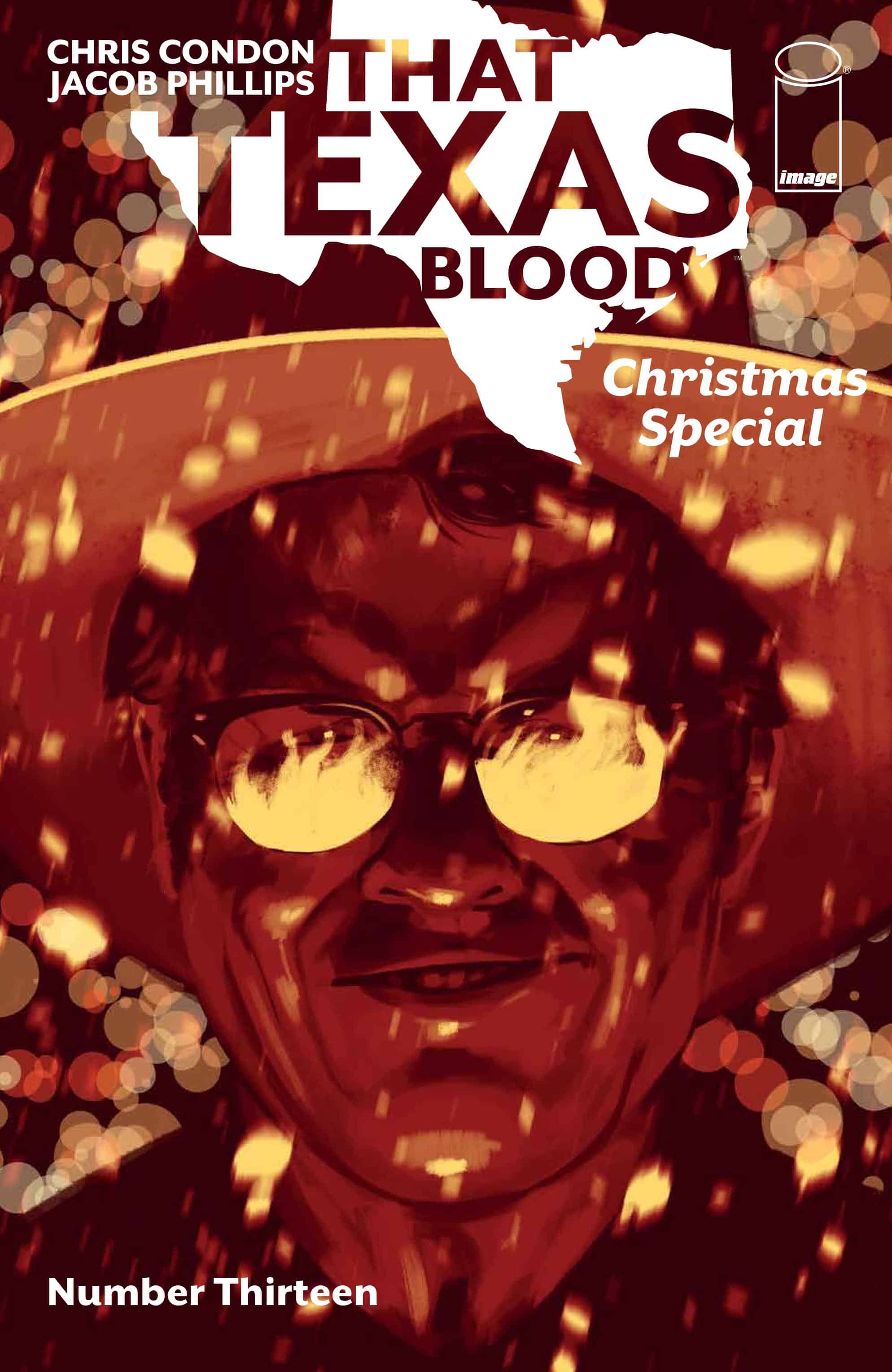 “WHAT BUSTER GREER GOT FOR CHRISTMAS” At the office Christmas party in 1981, Sheriff Sam Cooper spins a ghostly yarn about the low-down scoundrel Buster Greer.

There’s something dark and messy that festers underneath the candy cane veneer of Christmas. While the stories set at the holiday are generally festive and celebratory of season, beyond that is a sense of seasonal depression, as the days grow dark and cold. For many, Christmas can be a time of giving and goodwill while on the other end of that spectrum, it’s the season of being reminded they cannot afford little luxuries, or they have no desire to share with a revolting world. Those paradoxes complicate Christmas in a way that a majority of pop culture refuses to acknowledge. That Texas Blood #13 written by Chris Cordon with art, colors, and letters from Jacob Phillips, is not just willing to acknowledge, but revels in the chance to highlight the darkness of the holiday.

Cordon pivots from the darkness of the 1981 arc and the town’s ritualistic cult to tell a self-contained story of a previous Sheriff and his eventual downfall. The issue immediately sets itself as a one-and-done story by employing a new frame, using the office Christmas Party to carry on the current Sheriff’s tradition of telling a ghost story before the holiday. Cordon’s scripting is as tight as ever, not wasting a single moment or page of the story, using an efficient story of a corrupt Sheriff murdering his wife and descending into a life of debauchery. It’s a southern gothic twist on Edgar Allan Poe’s The Tell-Tale Heart, and Cordon adds his own spin through the gripping details of the crime.

It’s the little details of the heinous act, the sounds of a hissing iron, the description of the smoke’s scent, and the cool touch of the iron’s face that ground Cordon’s tale. The world Cordon’s narration guides the audience through is not the utopian dream of falling snow and sugar plums, but a ground reality of deceit, murder, and corruption. People act and kill out of pettiness and jealousy, strike out in tragedy and carnal desires, and there is no lesson or reason for any of these things to happen. Cordon ends the tale with the corrupt Sheriff getting his comeuppance, but this isn’t A Christmas Carol, and there’s no universal theme or lesson to be learned. It’s the cycle of death and murder that continues on, and a sign that darkness still lingers, even in times of cheer and holiday rapture.

Phillips takes the premise of a Christmas ghost story to explore the use of color, shifting to a palette of orange, black, and white. The palette is evocative of Halloween, with the orange emphasizing Philips’ linework, drawing the eye to certain details of each panel. Sometimes, it’ll be the splattering of blood across an ironing board, while other times it’s an inconspicuous shadow or shift in lighting. The experimentation with the simplistic coloring makes the story feel like a different time in place, while still maintaining Philips’ style and feel. After seeing Phillips explore different coloring techniques on Sean Phillips’ art, it’s clear Phillips is a true pioneer of the medium.

That Texas Blood #13 is a perfect one shot to bridge the gap between the book’s last arc and whatever twisted story Cordon and Phillips are concocting next. It’s a devilish pleasure to see the creative team tackle the darker side of Christmas, and recognize that for every bright north star in the sky, there’s a dark void waiting to engulf it. For anyone that has not read the previous issues of the book, or those who have poured over the first twelve issues of the series, this issue is a stunning pit stop in which the writing and coloring get to stretch their legs and tell a dark tale of corruption and restitution.

That Texas Blood #13: The Tell-Tale Iron