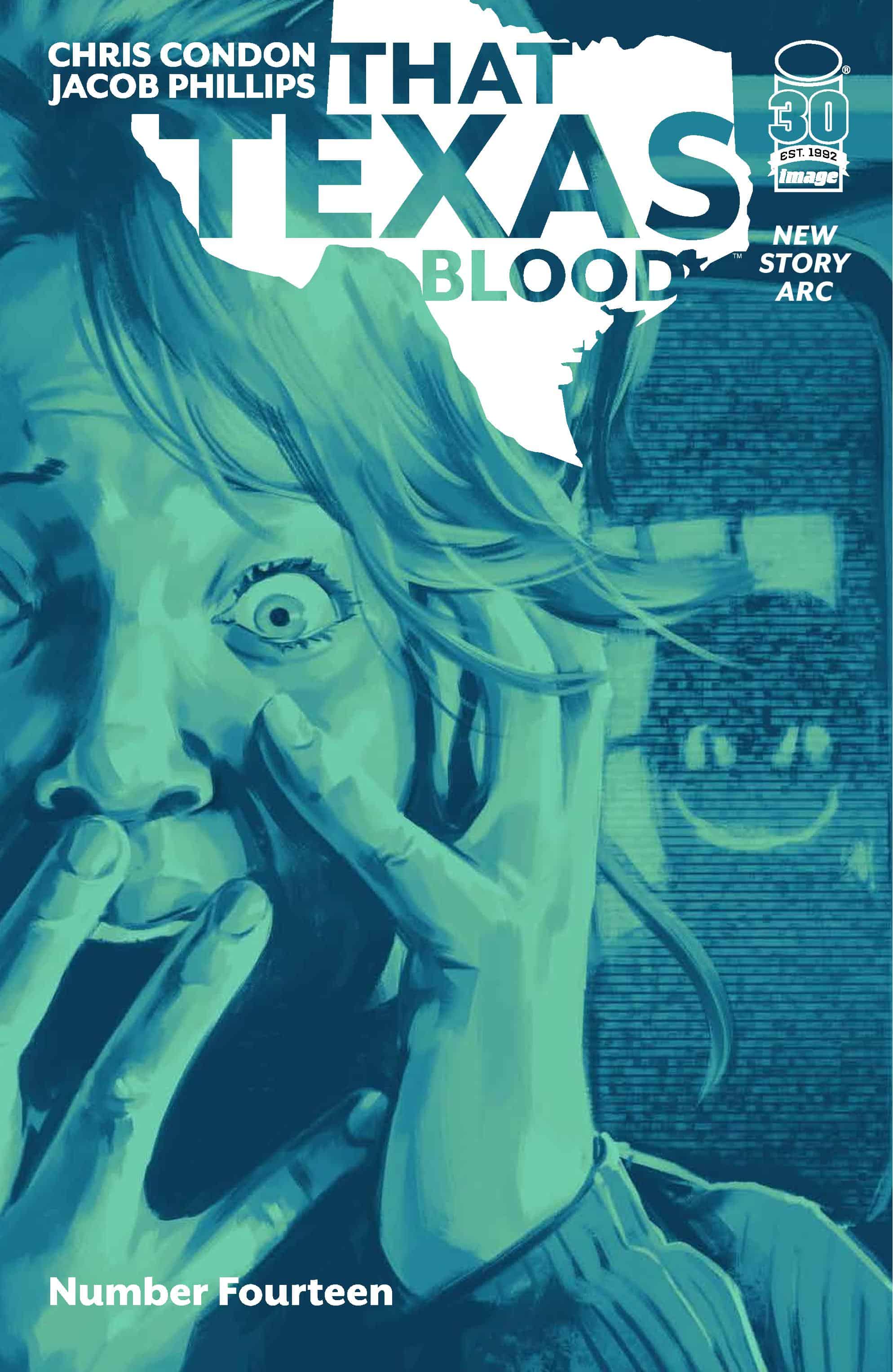 “THE SNOW FALLS ENDLESSLY IN WONDERLAND,” Part One THAT TEXAS BLOOD returns with a BRAND-NEW STORY ARC! As a winter storm looms over Ambrose County in January of 1992, a local woman’s body is discovered and believed to be the latest victim of a horrifying West Texas serial killer.

The Empire Strikes Back set the template for the ideal sequel, equally building on what came before, while still giving plenty of new to the audience. It also perfectly manages to invert the tone and atmosphere of the original Star Wars film, descending into a darker, and more somber world just as Luke descends to his internal darkness on Dagobah. It’s not a stretch to say a lot of sequels strive to channel the essence of what makes Empire great, both the tangible and intangible, but many miss that mark. With the start of the newest arc in That Texas Blood #14, poetically titled “The Snow Falls Endlessly in Wonderland,” it’s clear the arc is evocative of what makes Empire such a striking installment.

The issue, continuing from the creative team of Chris Condon and Jacob Phillips, and new color assistant Pip Martin, drops the reader straight into the story, feeling like a plunge into a pond in the dead of winter. It’s harsh and disorienting, with a chill flooding into the body, all the way down to the bone. Condon opens the issue with a sequence that channels classic slasher flicks, with a young college grad freezing in front of the TV, the heater not working as a figure stalks her through the icy home. It’s a tense, constricting atmosphere as the young woman, who we learn is Ambrose County legal star Patti Doyle struggles to stay warm in an unexpected cold front. Condon employs sparse dialogue throughout the sequence and the silence weighs down the air of the scene and builds the tension as Patti moves towards her inevitable demise. The kill is gruesome in its implication, with Condon and Phillips wisely not showing the viscera and gore before cutting to Joe Bob and the police station. The horror is implicit up until the end of the issue and is centered in Joe Bob’s perspective, and after what he’s experienced in the previous arcs, that choice only strengthens it.

After that stunning cold open, Condon spends the rest of the script focusing on where Ambrose and Joe Bob are, here in the winter of 1992. The County is bracing for the worst weather in recent history, and Condon infuses the tension in the looming cold (and personally, having survived a couple of crazy Texas winters, the issue, and that dread hits a little harder). That external fear pairs wonderfully with the threat of this killer that has returned to Ambrose, the two feeding into the despair the other brings. It’s those touches that blanket the issue in a layer of anxiety that’ll come to head as the weather descends further into the out of the ordinary. That external also makes the tone of the series veer into a darker territory, which matches with the arc’s subject matter and threat.

Just as Condon infuses that tension into the script and dialogue for the issue, Phillips deftly employs a starker color palette and harsher linework to extend further into the dark. Phillips’s linework is tighter and more focused in both sections of the issue and feels more controlled as the story is primarily set in interiors, compared to the sprawling Texas backdrops. The way he uses negative space and shadows to swallow the killer in the cold open, or the greenish-blue hues of a wintery day as the harsh winds of the day, all point to just how much Phillips is getting to stretch in this arc. Whatever magic Phillips has conjured to refine this coloring is enthralling, and the addition of Martin to the coloring team only strengthens the element of the book.

Those elements ratchet up the aesthetic and atmosphere of the issue and push the reader deeper into that cold pond that Condon initially pushed them into. The coloring also bites like the winds of the issue, and almost every page has a striking panel playing with the colors or blacks, like seeing an alarm clock’s face, the looming mask of the killer behind Patti, while only the TV’s bluish light illuminates the foreground of the issue. This book is worth picking up to see Phillips’s art and coloring working in tandem and to see the style deepen and evolve with every arc.

That Texas Blood #14 is a perfect comic, a chilling start to a tense arc in which a serial killer/slasher returns to Ambrose County. In 29 pages, Condon and Phillips prove that they haven’t missed a beat in between arcs, and the technical aspects of the series have only sharpened with the previous issues under their belt. This is a book that’s perfect for the new reader looking for a dark crime story and rewards the continuing readers as it builds on the last arc and the Christmas special issue. No matter who’s picking up this book, it’s clear that That Texas Blood is something special, and whatever is to come will only continue to confirm that.