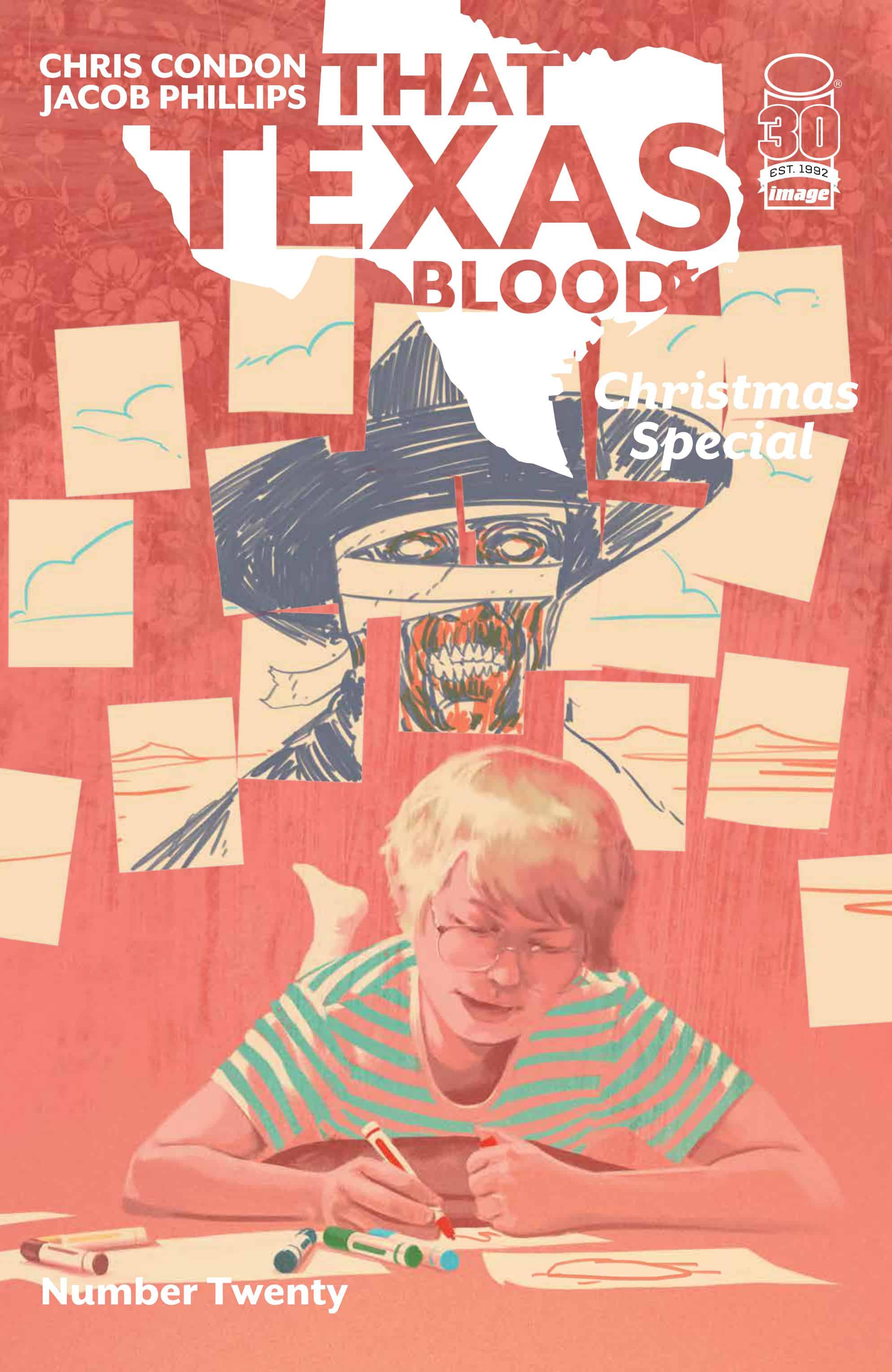 On Christmas night in 1992, Joe Bob and Martha listen as their son Billy spins a wild yarn about a mummy, a vampire, and an extraordinary place called Ambrose County, Texas.

Christmas is a holiday that I can’t help but associate with genre stories. The best tales of the holiday usually involve ghosts, angels, or elves in some capacity, and those elements began the connection between the fantastical with the holiday. But it’s in the best gift I was given as a child, the original Star Wars trilogy DVD box set with the bonus fourth disc full of special features, that cements that union of Christmas and genre. The holiday is when I embark on an annual rewatch of the series, still enthralled by the mythical epic that has defined every generation in some way since its original release.

That gift has altered my understanding of the holiday irrevocably, and it’s why from the moment it was announced, I knew that this year’s That Texas Blood Christmas interlude was going to be special. This review should be prefaced by saying this issue should be read with as little knowledge as possible, as it delights in ways that are almost impossible to replicate. From its cover and going forward, it channeled that sense of childlike wonder I get when I sit down on Christmas to watch Star Wars. For full effect, it deserves to be read in a state of no expectation or as little info as possible, to exceed past any notions and strike at the purest level of emotion possible. And by extension, save this review for after the issue, even with my avoidance of detail, so that a cold reading of the story allows for that raw emotion and craft to wash over.

That Texas Blood #20 – written by Chris Condon, drawn, colored, and lettered by Jacob Phillips, with color assists from Pip Martin – is the second standalone story of the series, following on issue #13’s holiday-themed tale. Instead of telling a factual story from the history of Ambrose County, this issue comes from Billy, Joe Bob, and Martha’s son, as he weaves a tale of mummy sheriffs, vampire barons, and the mythic nature of the county. Two-Gun Khamen is the old west sheriff of Ambrose, a mummy married to the aptly named Princess Mummy, who is kidnapped by Wyatt Slurp, the vampire with chipped teeth.

Billy explains to his parents the epic yarn of Khamen having to battle Slurp, who’s committed these evil deeds in search of a friend. Slurp has also stolen the magic meteor that granted Khamen life, which Slurp plans to use to raise a horde of zombies. Its magic reaches beyond the henchman Khamen guns down and brings one of the greatest comic panels of all time to life. I won’t ruin the moment here as it deserves to be experienced with fresh eyes. Khamen confronts Slurp, defeats him in a creative act of quickdraw, and smooches his wife. Back in the real world, Billy lets Joe Bob in on the reason for the story. It’s a poignant moment to close out the issue with, and hits just right for the season.

Condon’s script captures the wild, unbridled energy of a young kid creating, and spinning a story that doesn’t feel like an adult putting words in a child’s mouth. By wrapping the tale of Two-Gun Khamen in the frame of 1992’s Christmas, Condon creates two worlds and dictions that flow perfectly into one another but ensure that Billy’s voice is clear from page one. Condon ensures that Billy’s story has a fun internal logic that is consistent but outrageous in the best way. Six gun mummies, vampire villains seeking companionship, and zombie townsfolk are the holy trifecta of weird west elements that make this script sing, and when Billy lays out the story there’s no picking at it. Condon’s script makes it so that the strung-together children’s story is so compelling it could fuel its own series.

Just as Condon’s script channels a child’s storytelling ability, Phillips does the same for the pictures Billy illustrates for his tale. The taped-up pictures of Khamen, Slurp, and the various moments from the story are the perfect scribbles, with the little details selling the drawings. The hands over the guns, the blocky figure of Slurp, and even the composition of the shoot-out in the background of a panel sell the styling. When the story shifts from Joe Bob’s living room to the tale, Phillips’s pencils and colors gain a harsher feeling that aligns with the old west genre. The yellows of the desert and the thick linework of Khamen’s design sell the serious tone Billy takes with his tale, and it shows across the page.

Phillips’s art treats the story with the same reverence that is given to the main series, and that gives a heft that makes this story an instant classic. Phillips’s art is suited for the slower, tense moments of earlier stories in the series, but shines in the genre-bent, quickdraw fight between Khamen and Slurp. On a pure pulp note, Phillips renders mummies, vampires, zombies, cowboys, and more with a deftness that is screaming for the artist to tackle a fantasy series. Between Condon and Phillips’s bibliographies, this is a duo that should be given free rein of picks at Marvel, either in the mystical or street level lines, as they would absolutely crush anything on either side of a Moon Knight, Daredevil, or Ghost Rider book.

The two not only capture the best of a genre-leaning story, but the frame of the issue is just as rewarding, giving insight into a new portion of Joe Bob’s life. Getting to see the sheriff, who in the previous arc has just survived the storm and serial killer of the century, spend a peaceful Christmas with his family is a refreshing change in tune for the series. Putting Joe Bob through the wringer is an aspect that makes That Texas Blood great, but seeing this side of his life builds a deeper tension in those stories of him struggling with the deep roots of evil that have taken hold of Ambrose.

That Texas Blood #20 is without doubt the best single issue of a comic this year. It’s the comic equivalent of being a 10-year-old and getting the perfect present on a pivotal Christmas morning. Condon’s script is a perfect balance of emotional storytelling and pulpy stream of consciousness from a young child, expressing love for his father through the genre stylings of a young Texan. Phillips’s art captures both the expressive but technically lacking renderings of a child and the fun, adventurous story those crudely drawn pictures want to tell.

This is a perfect marriage of art and words and encapsulates the raw creative force of comics. It’s a testament to Condon and Phillips’s level of craft that they give a rich, textual story couched in the raw, pulsing creativity that is usually associated with young children. Give this issue as a gift to everyone possible, to share the resonant story of a boy and his father, and the gunslinger mummy.