The Batman Who Laughs #3: Quicksand

The Batman Who Laughs #3 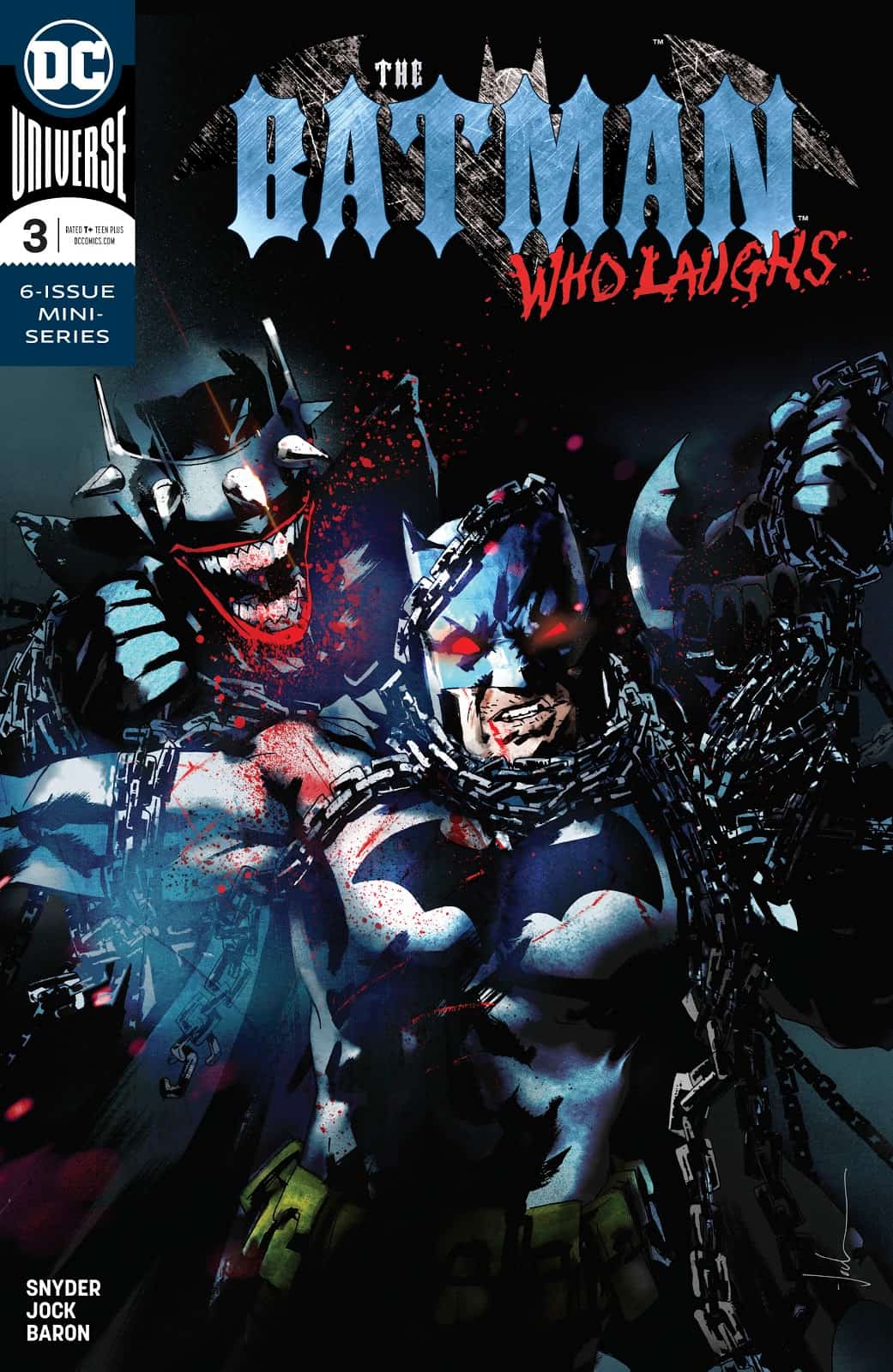 Jim Gordon appeals to his son to help them stop both the Batman Who Laughs and the Grim Knight.  But James (the son, in case you’re not versed with Batman lore) isn’t so sure he can until Batman shows up, followed by the Grim Knight who kidnaps Jim.

This sends James and Batman into the sewers of Gotham, hoping to somehow still activate the Last Laugh protocol that will prevent the Batman Who Laughs from destroying Gotham.  But in the middle of it, Batman gets a worrisome call.

The Joker…the one who was barely clinging to life…has escaped from the Batcave. 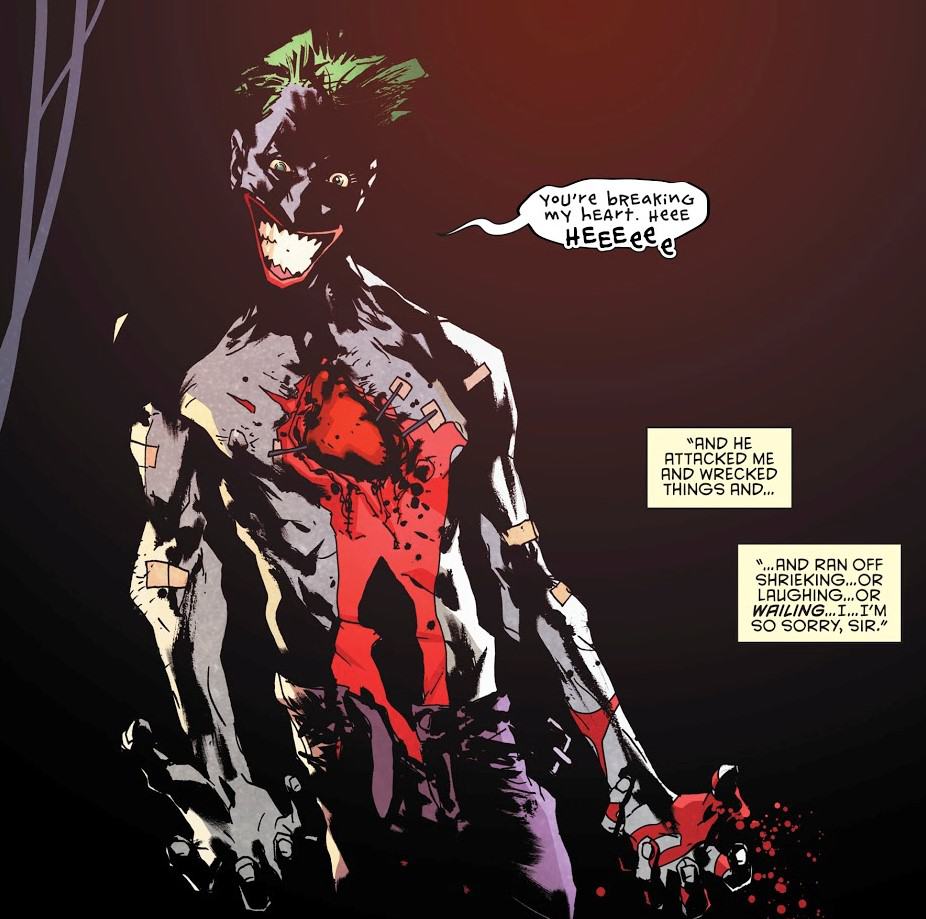 Jeez…it was bad enough to get one perfect counter to Batman, a cruel Joker with the intellect and foresight of Batman, but now we get a second one?  When is Batman going to start calling in reinforcements?

The Grim Knight is proving to be Batman’s match in every way.  Sure, Batman occasionally gets the upper hand, but the Knight has a contingency for everything it seems.

Which does beg the question…when is Batman going to call in reinforcements?  I mean, he has an entire Bat-family to rely on.  Of course, I get that maybe he just doesn’t want to put them at risk since the Batman Who Laughs and the Grim Knight are clearly some of the more dangerous foes Batman has ever taken on.  Not necessarily on the cosmic scale, but on the street level.

Much like the series that spawned this book, Dark Nights Metal, we get a constant feeling of hopelessness.  Every issue is more of the same.  And that’s not to say it’s monotonous.  It’s most definitely not!  But every issue, Batman loses.  He tries to get the upper hand and slips further and further behind.

He’s getting desperate.  And feeling hopeless.

And this, ultimately, is what Snyder seems to enjoy doing (and I enjoy reading).  He’s breaking Batman down, forcing him to take a look at himself and what he’s willing to do.  Maybe even making him look at just how fragile a deck of cards he’s built for himself. 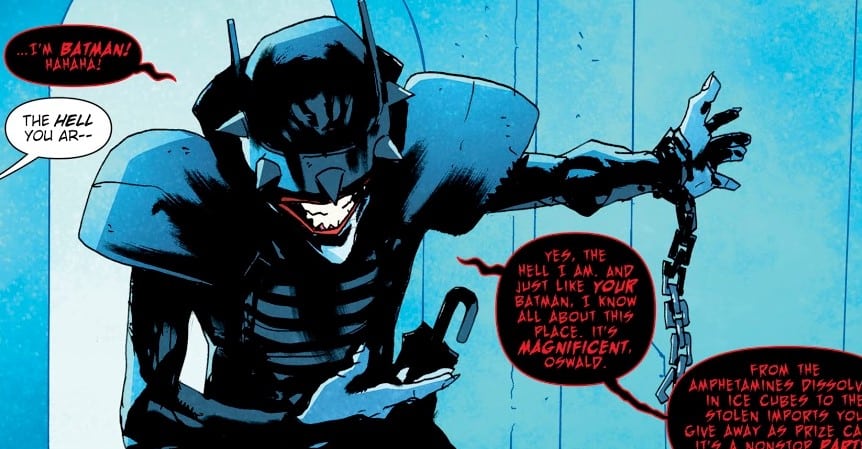 While I definitely enjoy Jock’s art and the horror mood he gives to this, some of the lighter scenes show off his limitations.  Some of his action scenes in broad daylight seem a little static.  But that scene is still great as the idea of Batman attacked in broad daylight by another Batman…well, the irony is not lost on me.  Should we start calling him the Light Knight?  Mmmmaybe not.

So despite a few minor issues, this book really is incredible to read, especially when Batman breaks down over his failures.  I won’t spoil anything for you, but pick it up.

With his breaking down of Batman, Snyder continues to prove why he is one of the best Batman writers ever.  There’s no way out and I’m loving it.  This issue will leave you stunned over the revelations at the end.

The Batman Who Laughs #3: Quicksand