The Batman Who Laughs the Grim Knight #1: Law and Order

The Batman Who Laughs: the Grim Knight #1 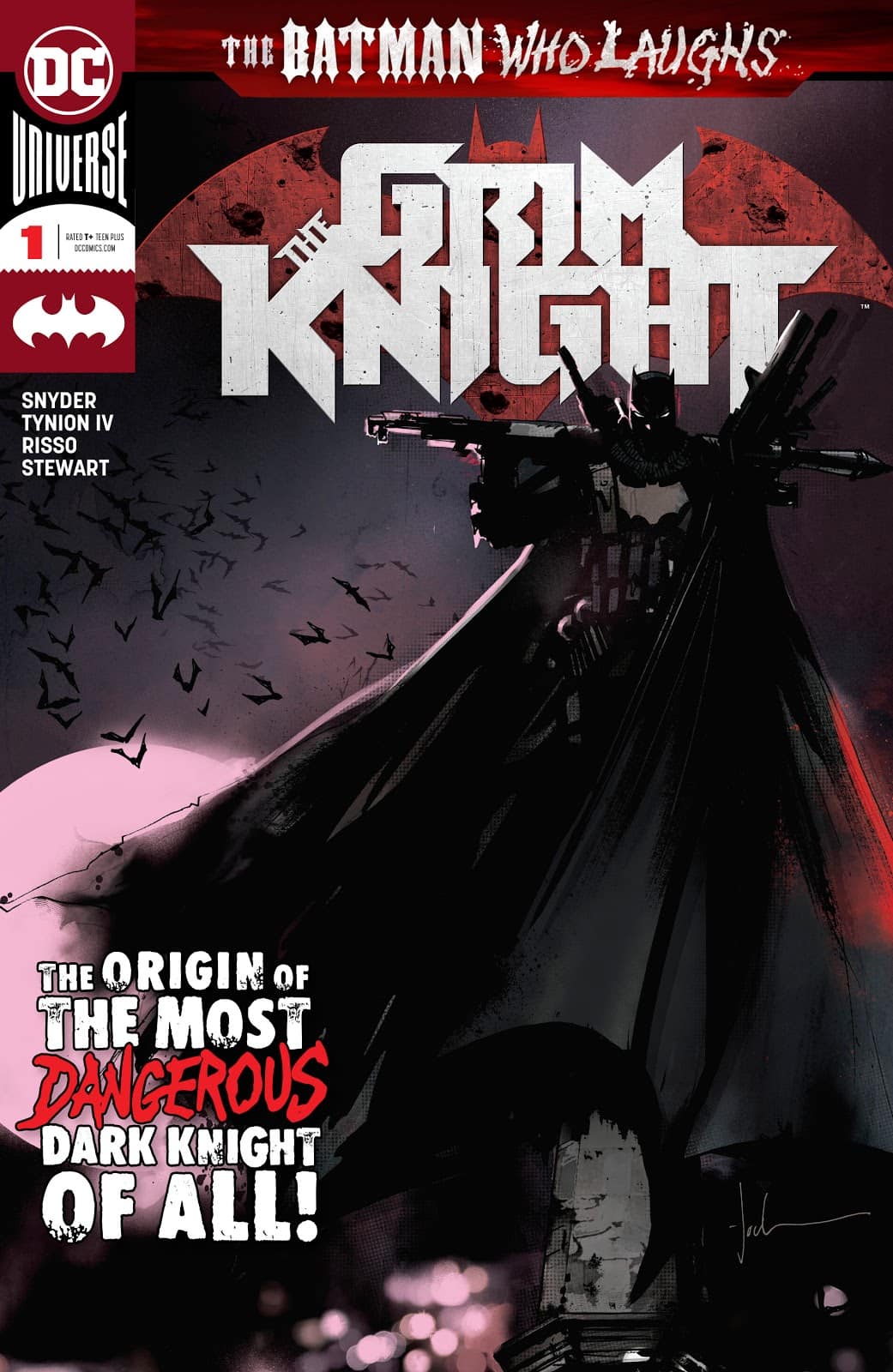 The Grim Knight moves a captive Jim Gordon through the sewers (this is directly connected to the Batman Who Laughs #3).  Through a series of flashbacks, we’re shown how the Grim Knight came to be, how his parents were murdered but through a slight misfortune, young Bruce gets hold of the mugger’s gun and takes revenge.

The Grim Knight then proceeds to murder any obstacle in his effort to rid the city of crime.  In his world, he is Judge, Jury, and Executioner.  Only that world’s Jim Gordon stands against him, somehow having to outsmart the world’s greatest detective. 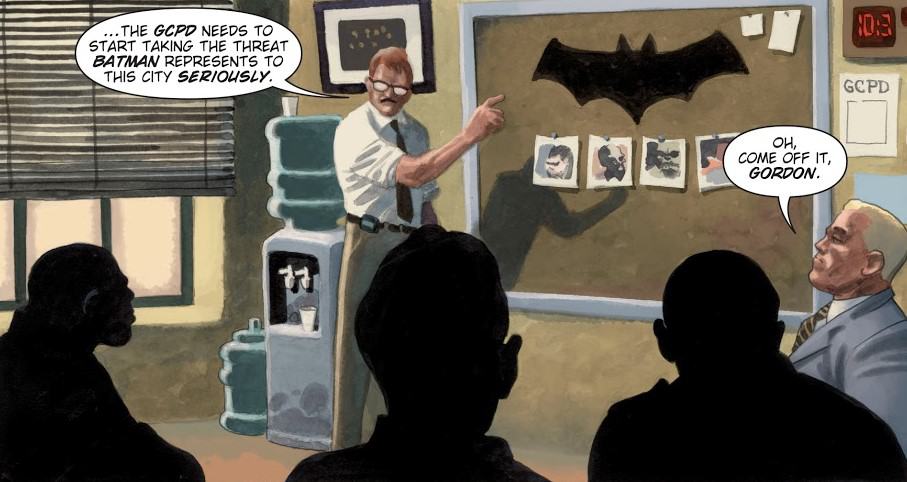 The Grim Knight is prepared to show mercy at first on our Gordon but the Batman Who Laughs steps in at the last moment.  He has plans for Gordon. 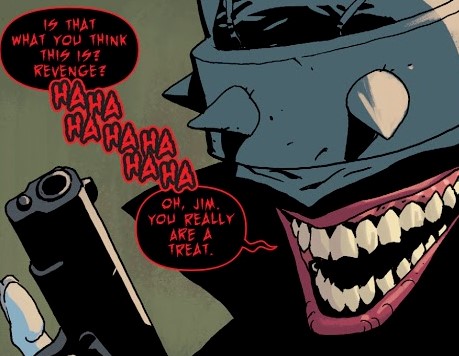 We’ve seen so many origins for the evil Bat-Men that it’s a little easy to be fatigued at yet another story detailing what spawned this twisted version of Bruce Wayne.

I mean, this issue is essentially yet another of the Dark Knights Rising one-shots from Dark Nights Metal.  So if you hated the entire concept of these evil Bat-Men, then skip this.  I don’t see the Grim Knight changing your mind.

But if you’ve enjoyed them so far, then Grim Knight will definitely give you something you haven’t yet read and you will not be disappointed.

The art by Eduardo Risso is hauntingly beautiful.  Coupled with the pale colors from Dave Stewart makes this an amazing book visually.  The framing, use of shadows, the mixing of bright and dull colors make for some great visuals. 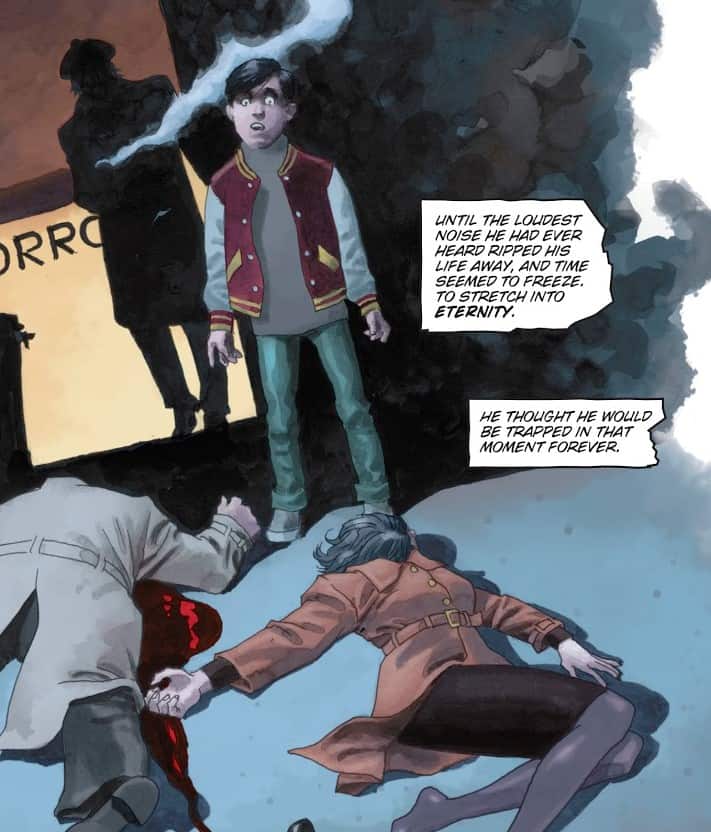 But what interested me more was the social commentary Snyder and Tynion (Snydion) both seemed to be making with this story.  It’s not preachy by any stretch of the imagination, but it seeks to answer the question of how to solve crime.  Whose way is right?  Batman seeks to bring criminals to justice but works within the current justice system, works with the police, hoping to ultimately end crime by using the system.

But the Grim Knight views the system as fundamentally broken.  It doesn’t work.  Whereas Batman may feel that while the system is imperfect, it is good at its core.  Grim Knight views himself as the only one who can bring order to his world and any world.  Order through violence, through killing.  For him, the system cannot be fixed and he seeks to replace it with his own.  His Jim Gordon was strong but he sees ours as someone weakened by the world, not able to do what needs to be done to maintain order.  It’s definitely a deeper look into Batman’s methods than we’ve seen with the nightmare Bat-Men. 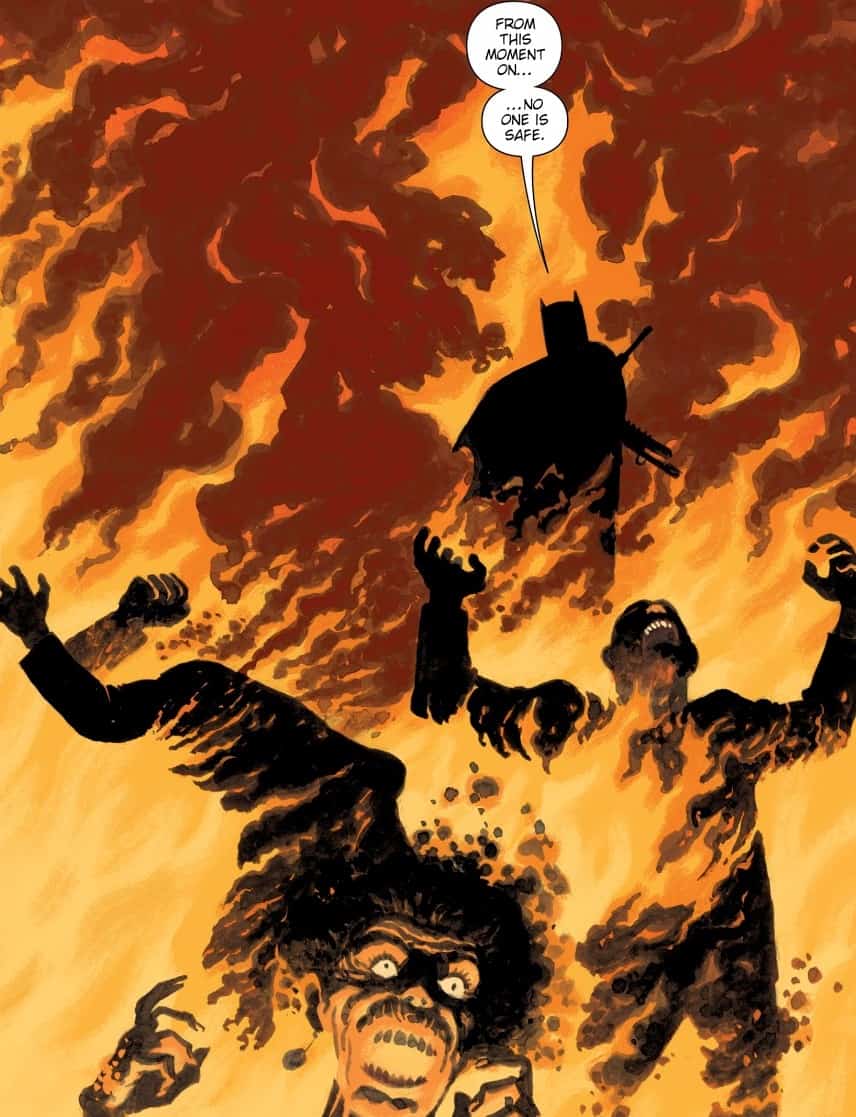 The only real problem I have with this tale is that it seems to leave some dangling ends.  I mean sure, it’s continued in The Batman Who Laughs #4, but it just stops when the otherworld Jim Gordon catches the Grim Knight…and that’s it.  There’s no explanation or anything.  I mean, it seems like THAT should be the end of the story and Grim Knight shouldn’t even exist.  It’s so abrupt, I read those couple pages three times to see if I’d missed something.  It’s not like Snydion to miss something like this so I have no doubt we’ll see more of his backstory, but in a book that’s supposed to be his origin…it just feels off.  Unfinished. 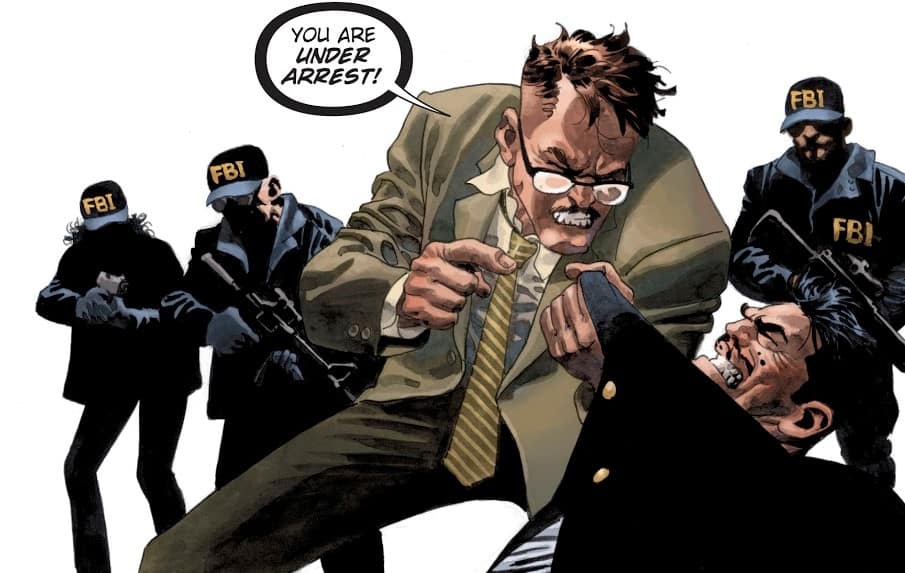 Snyder and Tynion give us the origin story for a character we didn’t know we needed until a couple months ago.  The Grim Knight is dark, ruthless, and a reflection of where we would be if our justice system was irrevocably broken.  It’s a frightening tale that only they could bring us so well!

The Batman Who Laughs the Grim Knight #1: Law and Order