The Batman’s Grave #1: “I Can Only Think Like a Victim”

The World's Greatest Detective must try to inhabit the mind of a murder victim to solve a case-without filling the empty grave next to those of his parents. Can Batman imagine the life of a corpse with a half-eaten face without dying himself?

Warren Ellis and Bryan Hitch, one of the most legendary creative partnerships of the modern age, reunite in this maxiseries about life, death and the questions most are too afraid to ask.

Ellis and Hitch. Reunited. On a Batman story. In my twenties, this exact scenario was everything I could have ever dreamed of. This is the Fantasy Sports of comics for me. When this book was announced, however, I found myself nervous for its impending arrival. As a reviewer, I have had this comic in my hands since last Wednesday yet have been afraid to open it until now. What if I’ve ruined this perfect thing through my anticipation? The striking possibility of a book like this one became a Schrödinger’s cat. Finally, though, it could wait no more.

My feeble mortal brain had undersold the book after all. In a way, this book is everything a Batman story should be but magnified to a near uncomfortable level. It is in the discomfort– the sheer intensity– that this book stands apart from the majority of the Batman-related fare being published today. In typical Ellis fashion, his take on Batman is one that is defined by his faults yet those faults accentuate his successes. Ellis’ Batman does not “think like a criminal” as Alfred suggests but is forever trapped in the mind of a victim. Ellis’ Batman is one that tells you to have a nice evening on his way away from the crime scene. Too often, Batman’s crusade is written as personal vendetta– a mission all unto his own ends. Ellis reminds us that Batman is also a genuinely caring man. Like Miller’s Batman before him, I envision an Ellis Batman to be a hugger, a crier, a caregiver.

Perhaps the most important character in Batman lore– more important than Batman in many ways– is Gotham City herself. With his hyperfocus on detail in both the macro and micro, Bryan Hitch is uniquely qualified to bring Gotham City to life. From the bright lights of the cinema to the darkest alleys, Hitch gives this city the duality it deserves. His Batman, as always, is immaculate but it is the humanity (or lack thereof) in the unmasked faces that mark his figure work in this text. His Alfred is particularly striking. The layouts in this issue are also worth noting. Given that Hitch (and Ellis) are often credited with the sort of widescreen storytelling that dominated the early 2000s, it is unsurprising to see them dominate this story but they never seem out of place as they often do as more and more artists adopted this style of sequential art. 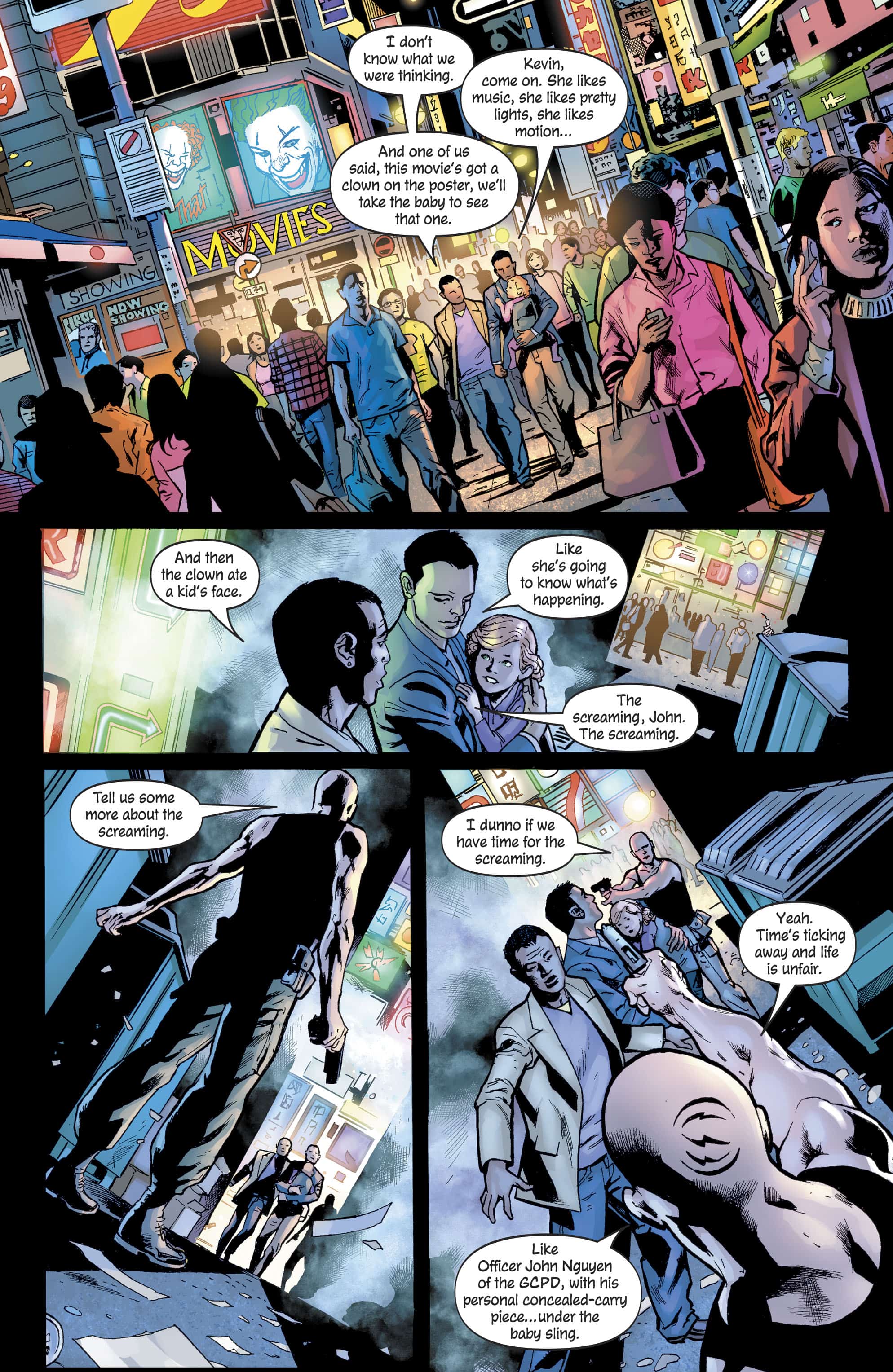 The potential moving forward for this series is off the charts. Ellis fears no depth of character, no matter how dark, and there is nothing his dark mind can conceive that Hitch can’t draw.

The Batman's Grave #1 (Ellis, Hitch, Nowland, Sinclair) is a perfect Batman story in an era that desperately needed one.

The Batman’s Grave #1: “I Can Only Think Like a Victim”