The Death of Doctor Strange #1: “If I die young, bury me in satin; Lay me down on a bed of roses”

The Death of Doctor Strange #1 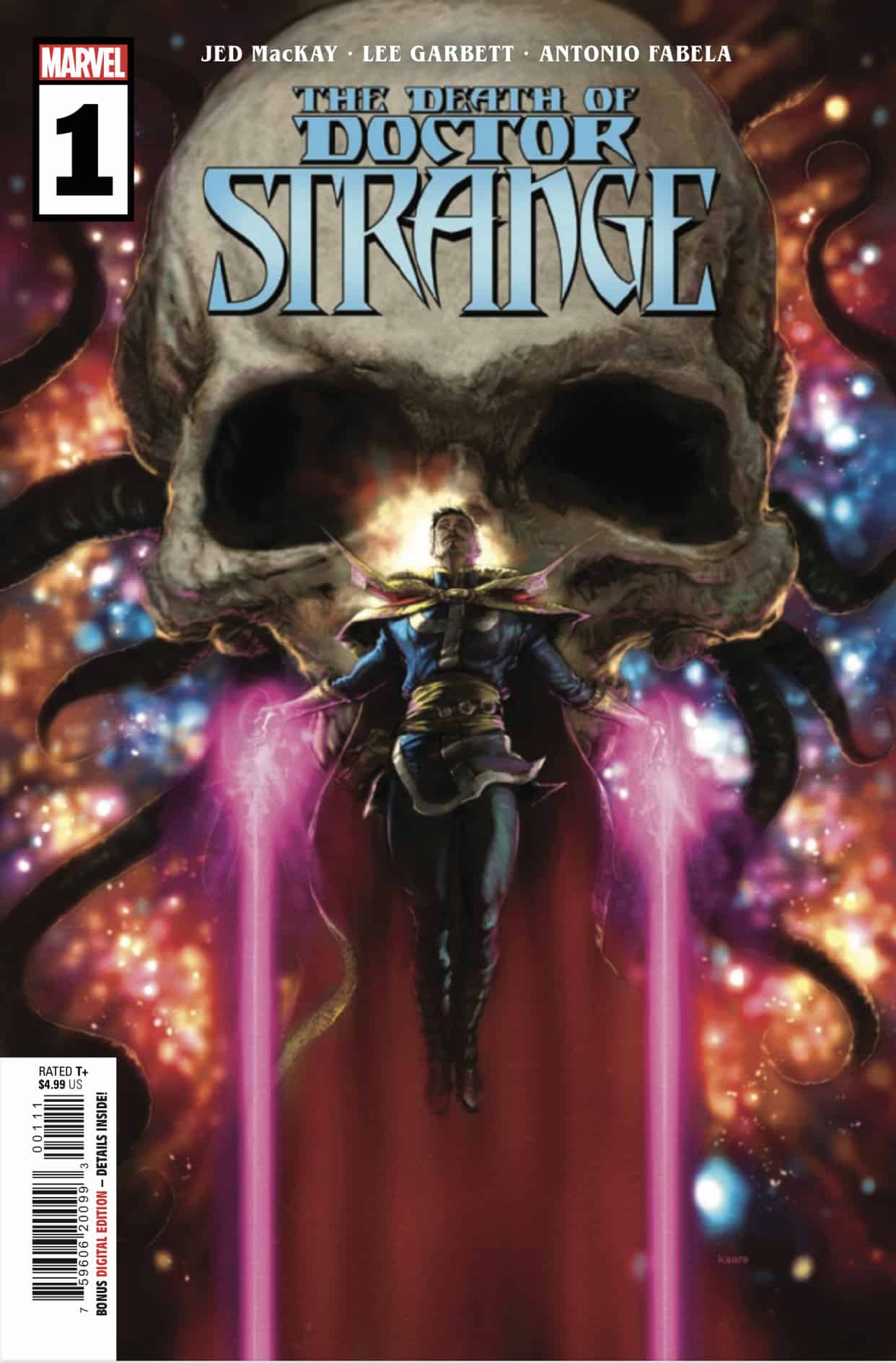 DEATH COMES FOR THE SORCERER SUPREME! Doctor Stephen Strange is the world’s greatest neurosurgeon and Earth’s Sorcerer Supreme. He defends our planet from the supernatural and interdimensional threats no other hero is equipped to handle. But what would happen if he unexpectedly died? Who would protect Earth and keep the mystical evils at bay? And most importantly…who killed Stephen Strange?! The final chapter in the life of Doctor Strange starts here by Jed MacKay (Moon Knight, Black Cat) and Lee Garbett (Captain Marvel).

By the hoary hosts of Hoggoth, and the Crimson bands of Cytorrak! It’s the first issue of the end of Doctor Strange’s life, so let’s get to it. Jed MacKay and Lee Garbett begin the story with the Doc having a rather humdrum day, dealing with Bats, Wong, saving lives through his surgery skills, AND his mystical skills. MacKay does what MacKay does, and gives everyone in the cast brimming with personality. He has a good handle on the Doc, and his cast, and their voices are delightful to read. Even for those who are antagonistic to the good Doctor, it flows really well, giving his last day a relatively normal one…until he’s murdered. Who did it? How did it happen? Well, that’s the point of this mini series, so those answers are waiting to come. One of the biggest disappointments with the issue for me was Mackay not using Strange’s sassy snakes. The snakes are absolute comedy gold whenever they show up, and Jed was able to use them to great success in his first Black Cat run. 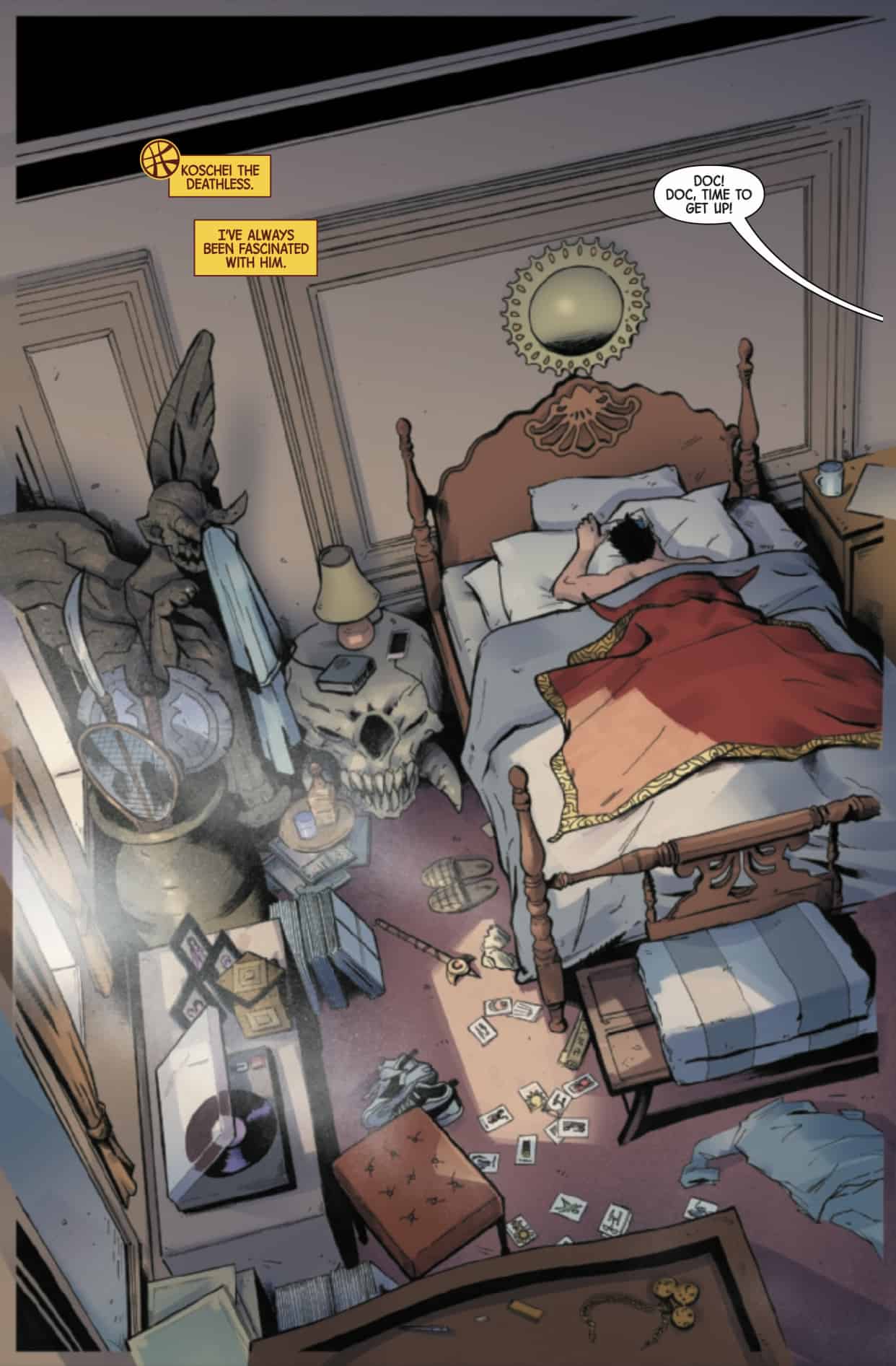 Lee Garbett is on art duties, and he’s giving some stellar work here. I’ve been a fan of his since the 2012 Valiant, where he was the rotating artist with Cary Nord on their flagship X-O Manowar series. There’s not a lot of wasted space in each panel, and the quieter scenes are the standout for the issue. I was a tad let down by the more magical moments though. I just felt like Garbett could have gone bigger, and pushed the fantasy levels up. This mini is killing the biggest name in magic in the Marvel Universe, so the grandeur of it should be at an 11, but only received a 7. I’m not going to be too harsh, because I know that Garbett can deliver, so I’ll wait until the next issue to see what he’s bringing to the table. 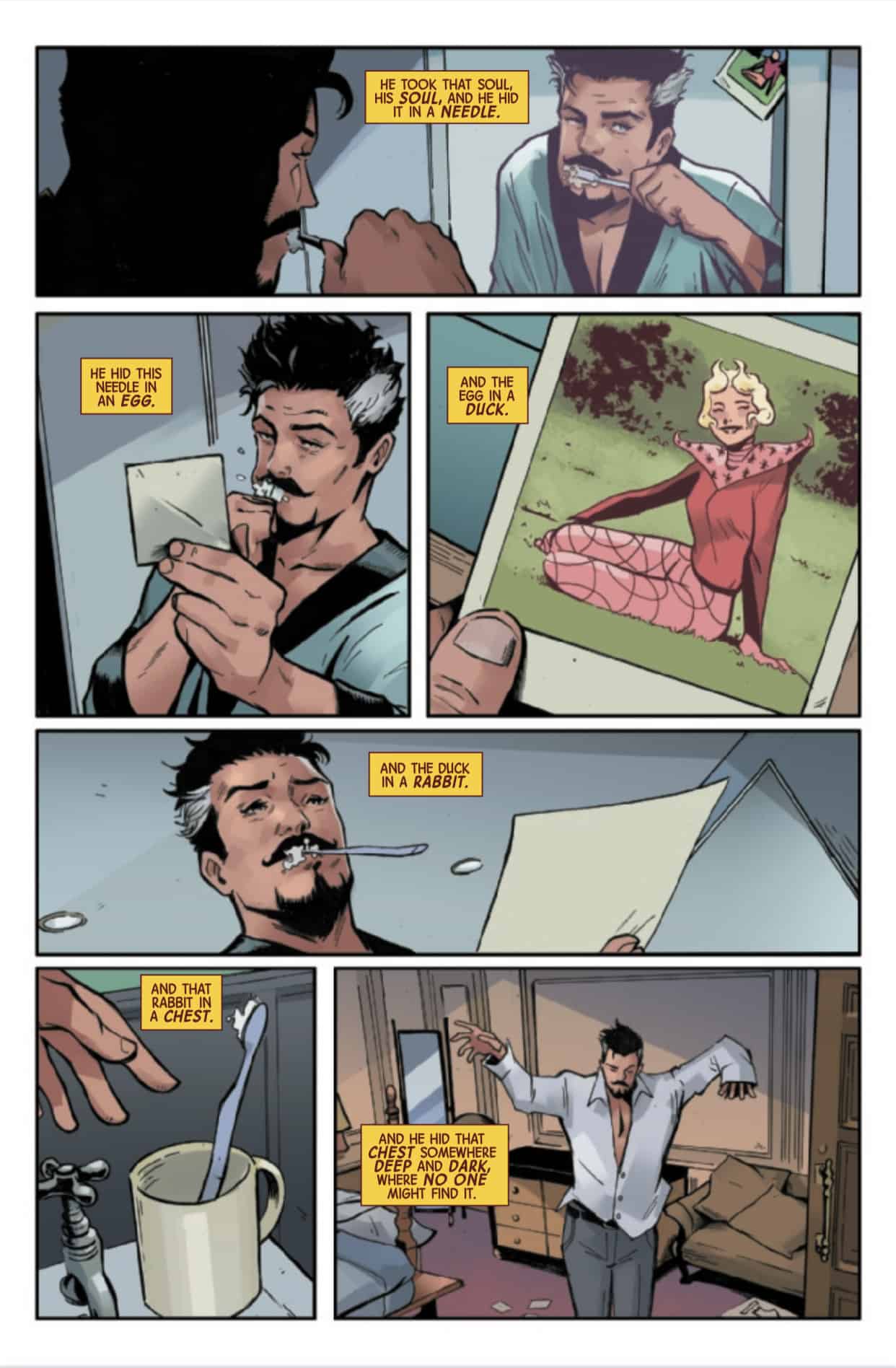 Doctor Strange has had a rather sporadic  publishing history, but is a cornerstone of the Marvel Universe. Created by Stan Lee and Steve Ditko, his book has often been a vehicle to expand the medium. With his new movie coming up early next year I’m not really sure what the point is for the mini yet. Marvel has a track record of maintaining synergy between the series they publish, and their movie releases, so it’s odd that they’d decide to kill him off just before. Hopefully MacKay and Garbett will be able to give Doc the send off with a bang, and not a whimper.

The Doctor is out. Jed MacKay and Lee Garbett are here to provide Doctor Strange his final hurrah. The story is on the lighter side, rather than morose, as I’d expect it to be. The art is quite enjoyable, even though the more mystical and magical moments were a bit of a let down. There’s a few surprises, and I’m sure there’s more to come.

The Death of Doctor Strange #1: "If I die young, bury me in satin; Lay me down on a bed of roses"