The Death of Doctor Strange # 3 THE MOTHER OF ALL AUTOPSIES

THE DEATH OF DOCTOR STRANGE #3 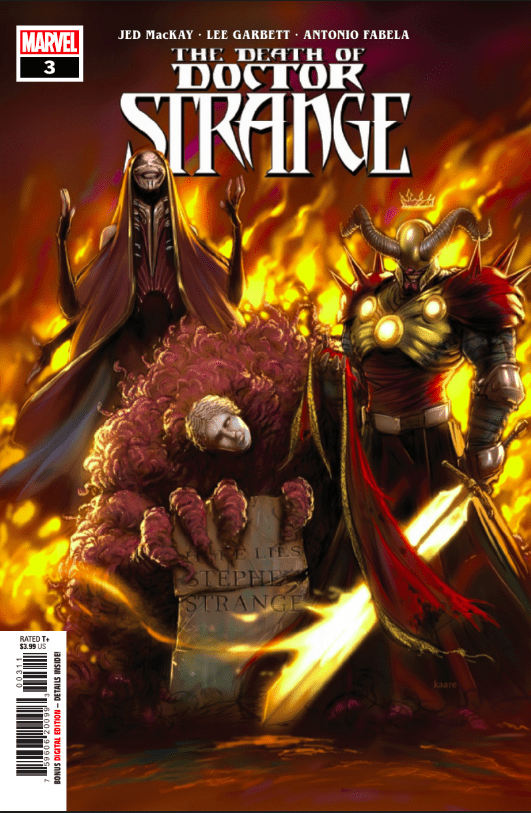 The implications of Strange’s death begin to surface as his body is examined. Stephen and Clea gather with the Avengers to assess the threat level and discuss the Three Mothers and The Peregrine Child. And as Clea tackles the thorny issue of repressed memories, the Doctor makes a house call with his own score to settle. 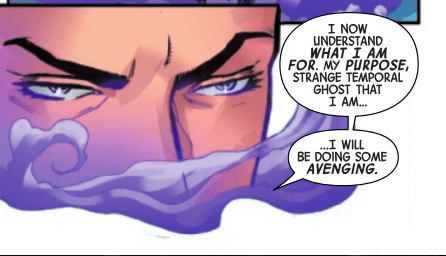 Strange dabbles with time travel to investigate his own murder? This is in the wheelhouse of another Doctor I know of, who oft deals with alternate versions of himself from other times. But Who that Doctor is we shan’t go into, as this isn’t that kind of Doctor, thankfully. The first two issues were equally enthralling as they both delivered a truly spectacular dénouement. First the death itself in the premiere, then the arrival of Clea and the Three Mothers last issue. So this instalment could have run the risk of being an anti climax, especially given the backstory we now have to utilise to fill in the gaps. But no, in the previous two issues we had two full on chapters each, here there were three, each as thrilling as the last. Each giving us a different view into the ongoing drama and all at a good steady pace. ‘The Peregrine Child’ dealt with autopsies aplenty, from the literal body to the dissection of the threat level faced. Most enjoyable was the physical Scullying of Strange and Jane Foster, with added history note of the Grim Reaper incident. Then on top of which we get the obligatory ominous fleshing out of the Big Bad, as Clea grimly informs the gathered heroes on what they are all to face. 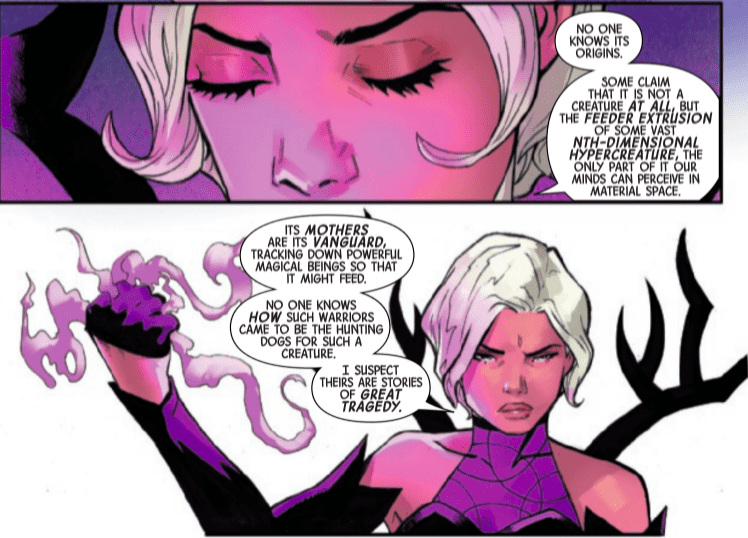 I’ve been chomping at the bit to see more of Clea since way back during the Damnation miniseries… and I’m still smarting we never got that Midnight Sons team we were teased… so to have her back in her current form in full possession of her memories at last is complete wish fulfilment for me. And of course add to this the stilted Strange of yesteryear and Carol displaying that typical Air Force brash gung-ho confidence that the Avengers can save the day, all proving Jed knows his characterisation well. His work on Moon Knight and Black Cat was something special and he continues to delight here. And the threat level amps up as Strange reveals the act perpetrated on him meant his power was stolen and no new Sorcerer Supreme could rise in his place, on top of which the fact the powerful beings of the Outer Dimensions using Earth as a refuge means it is now a target for the Nth dimensional hypercreature. 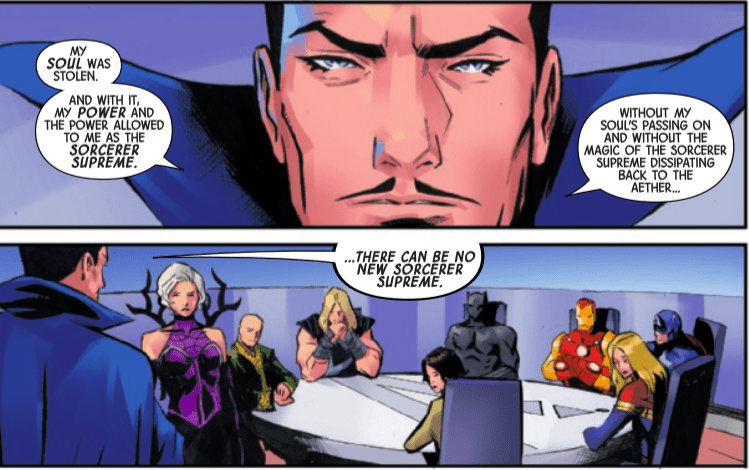 Then ‘A Knife of Memory’ also played on the past with the fixing of the Clea-Cleanse. The only thing that upset me with that Mark Waid story was the way she was mind wiped, so I am LOVING that this travesty is over. And so efficiently woven into the plot as well, making it integral to the story and not just a temporary thing. The eventual reversal I predicted in the review of the very arc she is discussing. Shameful review plug and spoiler alert from two years ago to follow… REVIEW DOCTOR STRANGE #17 As well as the reveal of what happened to Strange’s tools of the trade thanks to Flibbertigibbet. Do all magical practitioners use whimsical names for creatures that do their bidding? It’s just to me light hearted naming conventions are a common theme, as this is reminiscent to me of ‘Awn-The-Blink’ from Tim Hunter and the Books of Magic. But most importantly was the poignant strumming on my heartstrings as the pair approach their relationship from opposite angles….a Song that has been sung before but never with such deep undertones as here. Though I will not be happy until she comes face to face with current-husband and not just past Strange as she is barely known to him. The forbidden nature of the pair as they tear themselves apart to focus on the mission is heavy in the air here and demands resolution. 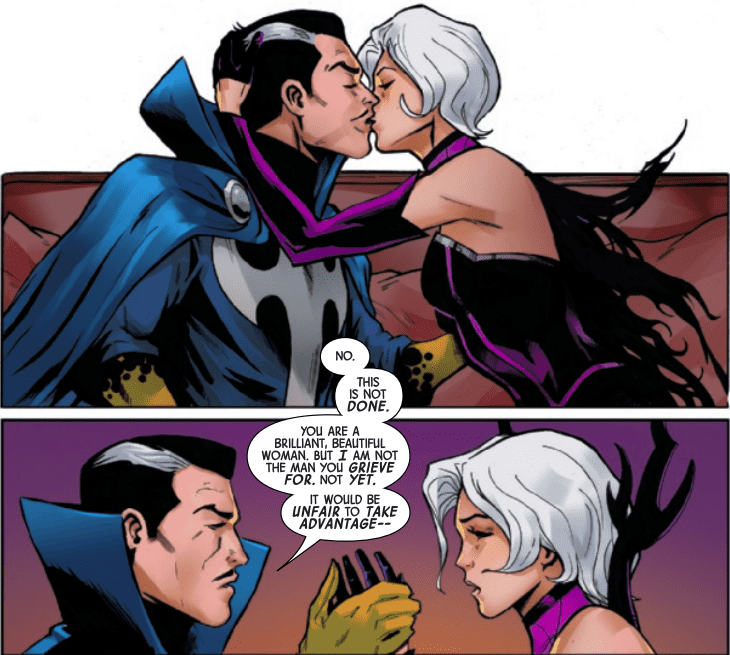 Then finally ‘Invasive Surgery’ arrives and we get the third chapter, which saw us assaulted on two fronts, as the Three Mothers make their move on the Domain of Dagoth and Strange tackles the duplicitous Mordo. The conclusion had me totally gripped as the two separate threads informed each other perfectly. As the Peregrine Child takes its appetiser and Strange serves a cold dessert of revenge, I myself feel fully sated and yet still craving the next meal. The imagery as Strange storms the castle and the visual feast that is the terror on the faces of first Dagoth at the hands of the Three Mothers and those of both Mordo and his henchman, as the Avenging Doctor comes a’calling are etched out to perfection and shows Lee Garbett in all his glory. Though I think there could have been a bit more magic in the air in the initial storming the battlements of both domains. But this was possibly deliberate to ensure the focus was on the true terror this issue. As the arrival of the Peregrine Child entering the scene took center stage and even the climax with Mordo cowering behind the door hiding from the wrath of Strange couldn’t take away the real peril. 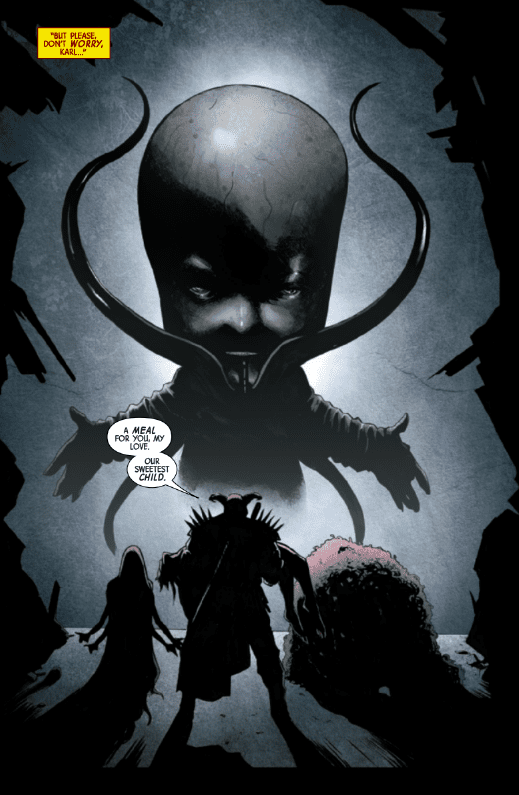 This image alone reminds me heavily of Jae Lee at his best in the Marvel adaptation of the Dark Tower, the shadowing and tone of the scene. And the artist also does the classic Strange and Clea to perfection. In the first issue in her photo Clea looked as she did when she first appeared in Strange Tales #126 and Strange himself is the debonair smoothie with the slicked back hair and clean shaven look with pencil thin moustache. and i can’t get enough of this new look on clea and hope it sticks around….and that she does too. All told the art this issue had been pitched to the right level in each scene. And Antonio Fabela also has a vital part to play with the coloring. The clinical setting of the autopsy and War Room meeting. The gloomy implications of the stuffy library setting of Strange’s Sanctum Santorum. And finally the twin battle scenes lit by eldritch power. All went to feed the story the right balance of gravitas and action.

I am really glad that Jed MacKay is on this book, as he keeps the pace perfectly pitched while still allowing the backstory to fill in the gaps. Meanwhile the art pops in the right places to allow the right scenes to draw the eye.

The Death of Doctor Strange # 3 THE MOTHER OF ALL AUTOPSIES