THE DEPARTMENT OF TRUTH #10: Where the Wild Tulpa Roam…

THE DEPARTMENT OF TRUTH #10 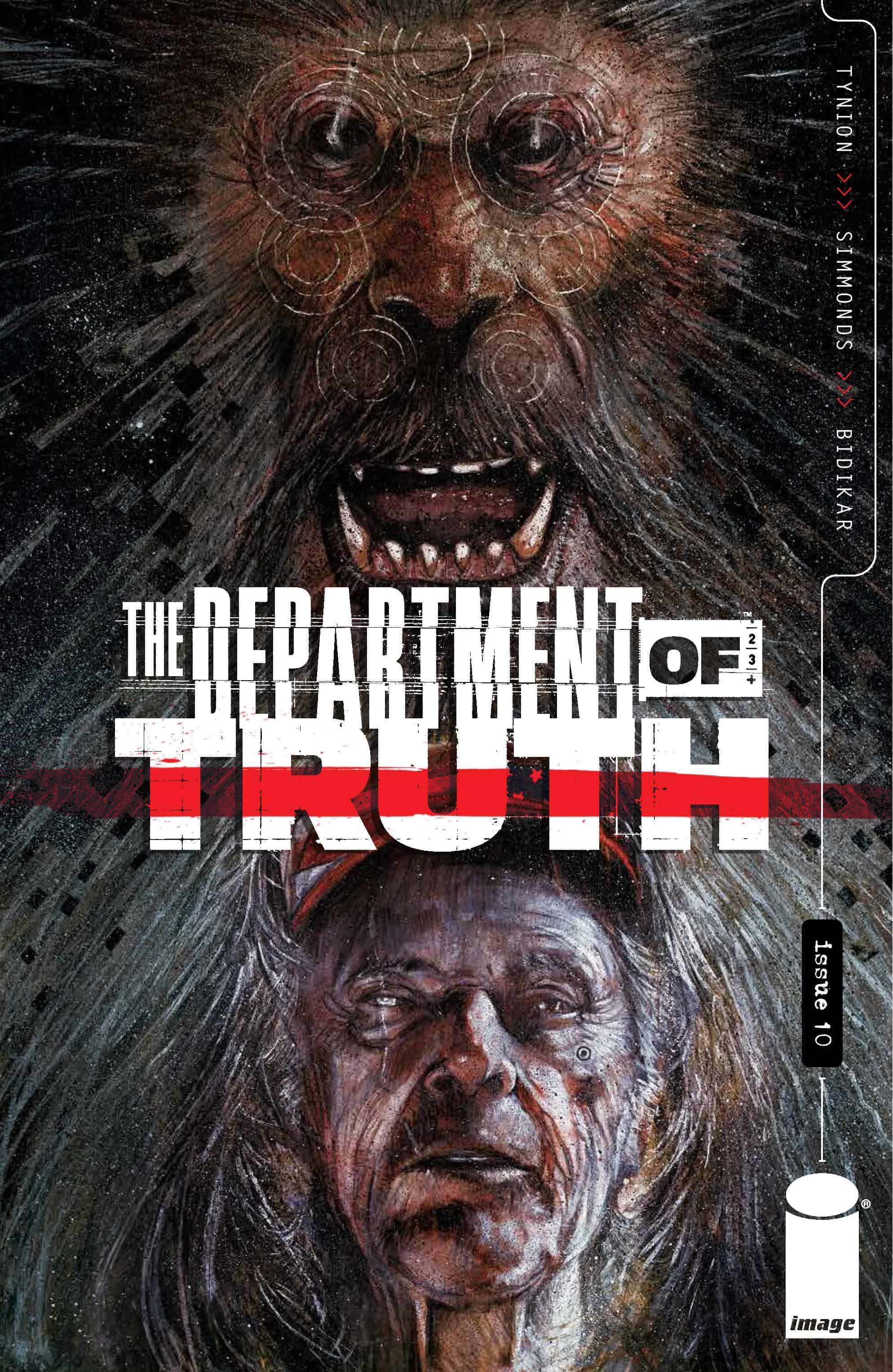 Tynion IV and the team take us deep into rural Oregon forest as Hawk takes Cole on his first hunt for a “Bigfoot,” which we learn is actually a wild tulpa or thought form that has manifested. The idea of Bigfoot gets Tynion’s own spin in the context of the world that we are in as we learn how the Department of Truth also manages these wild manifestations which are not the deliberately manufactured fictions we have encountered in past issues but wild ones and they are dangerous half-formed entities of pure belief. We meet a member of the department’s field office whose job it is to track down and destroy these fictions of pure belief and if necessary do the dirty work of disposing of any witnesses who could help the belief spread… 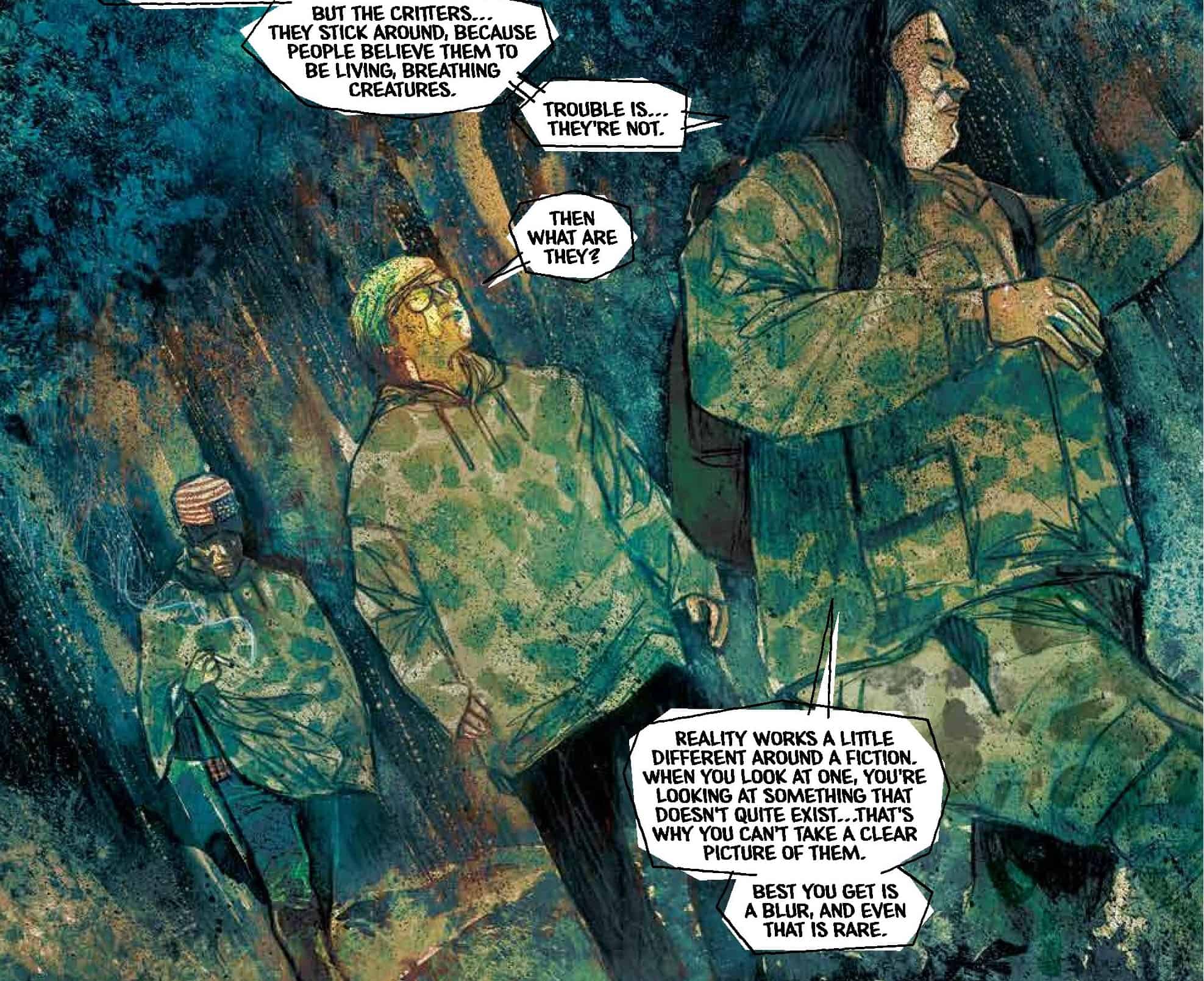 The concept above is fascinating on its own but Tynion IV injects an emotional core into the idea by contrasting what Cole and Hawk are doing by bringing the story of a Bigfoot hunter and believer into the mix through normal paneling and art as well as through a journal written by a child who grows up with a father who’s life is irrevocably changed for the worse with the discovery of a Bigfoot footprint. Tynion pulls no punches as we get to see the cost of belief in something like Bigfoot and the damage a belief like that could do to a family and the influence it has on a young boy who we meet as a man as the two stories intertwine together at the end of the issue. It’s beautiful, terrible, and tragically poignant writing from Tynion IV that carries the promise of tragedy in the issue to come. 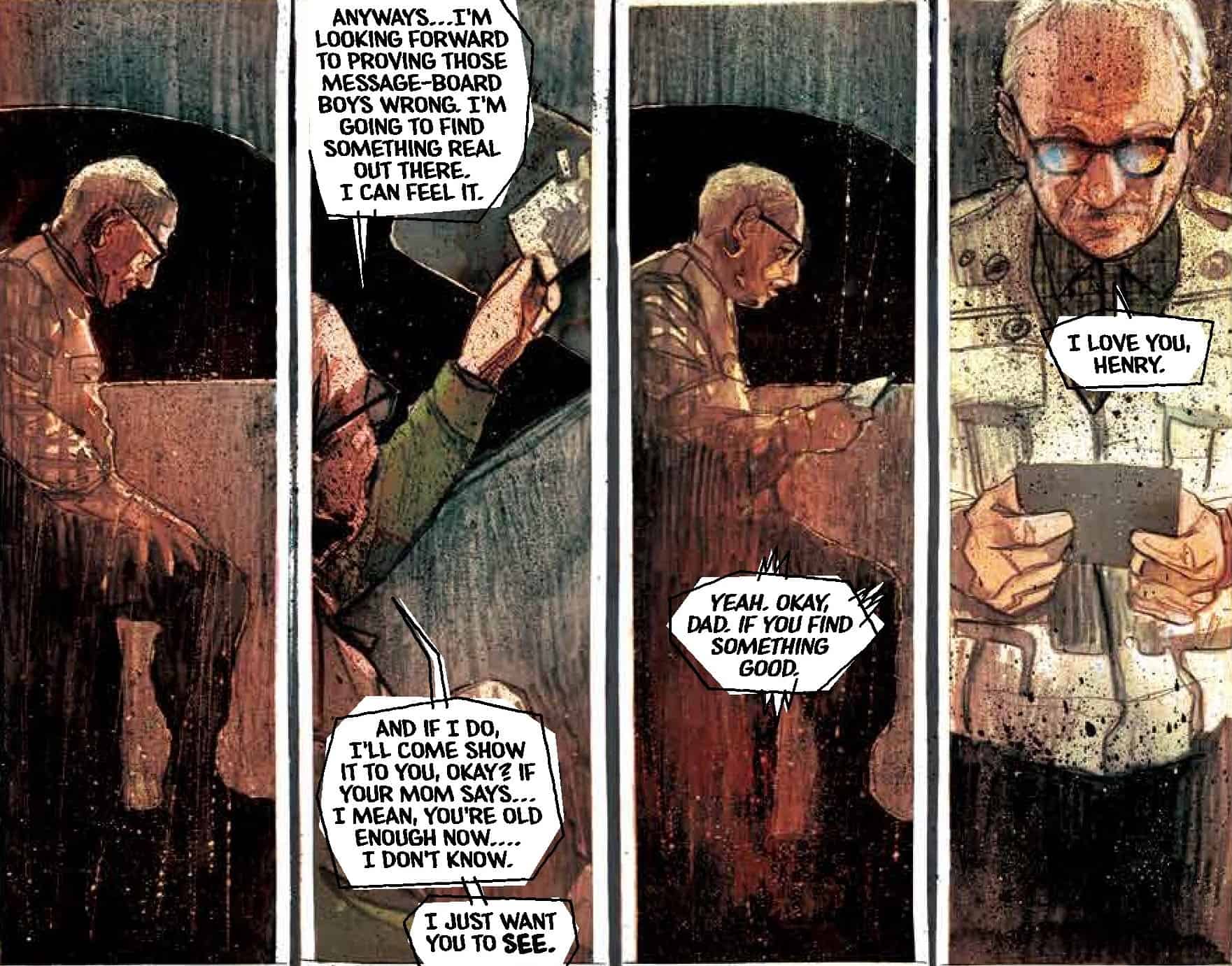 Martin Simmonds is brilliant as usual from the amazing opening bigfoot splash page to the details like how Hawk’s hat is always so boldly colored to stand out against the background to superb page layouts (see the jackalope page) but I’d like to talk about the brilliant collaboration between himself and letterer Aditya Bidikar (who deserves an Eisner for this series IMO). We all too often in comic review and criticism ignore the artistry of the letterer and yes they are ARTISTS the same way that the people who do the line art and coloring are artists. This issue splits itself between the picture line art of the series with its lettered word balloons and a handwritten journal. Sample pictured below: 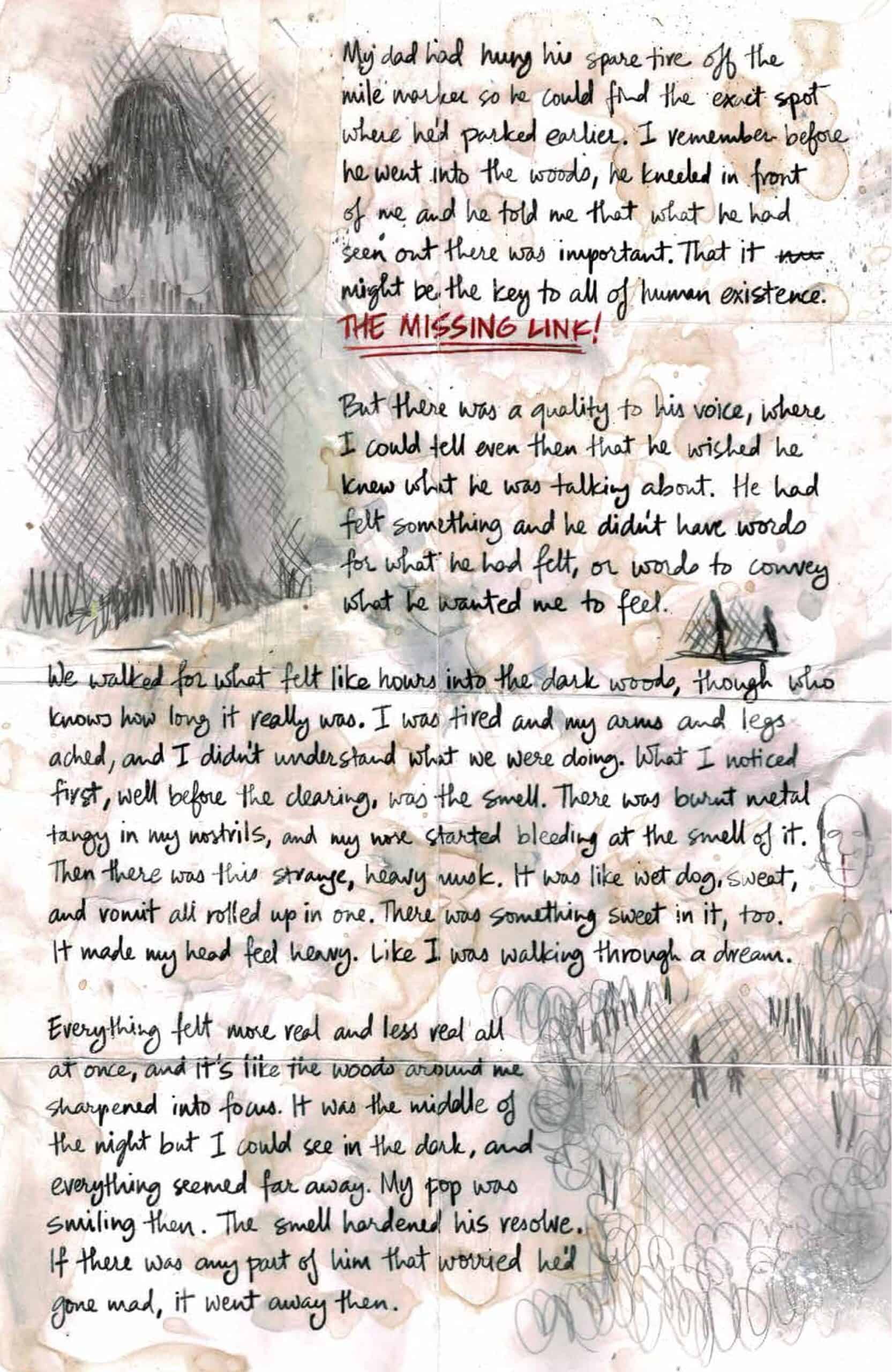 What you are looking at is some gobsmackingly beautiful collaboration between Simmonds and Bidikar that stands out as a shining example of true artistic collaboration between art and lettering as art that I had to highlight. I reached out to Martin Simmonds who was kind enough to answer my query. What you are looking at is hand lettering by Aditya Bidikar which Simmonds then took distressed and then added drawings and textures. It works marvelously as the distressed lettering then becomes as much part of the art as the drawings! Simmonds teased we may see more of this type of collaboration as it worked so well here and I’m deeply intrigued at what these two artists at the top of their game will cook up in the future.

DEPARTMENT OF TRUTH #10 is a pitch-perfect marriage of brilliant writing from Tynion IV that expands the idea of Truth and Belief as physically manifesting forces with stunning artistic collaboration between Simmonds and Bidikar for an issue that is at once menacingly intriguing but also threaded with a deep sense of tragedy that reminds us of the cost of believing in the unbelievable...

THE DEPARTMENT OF TRUTH #10: Where the Wild Tulpa Roam…