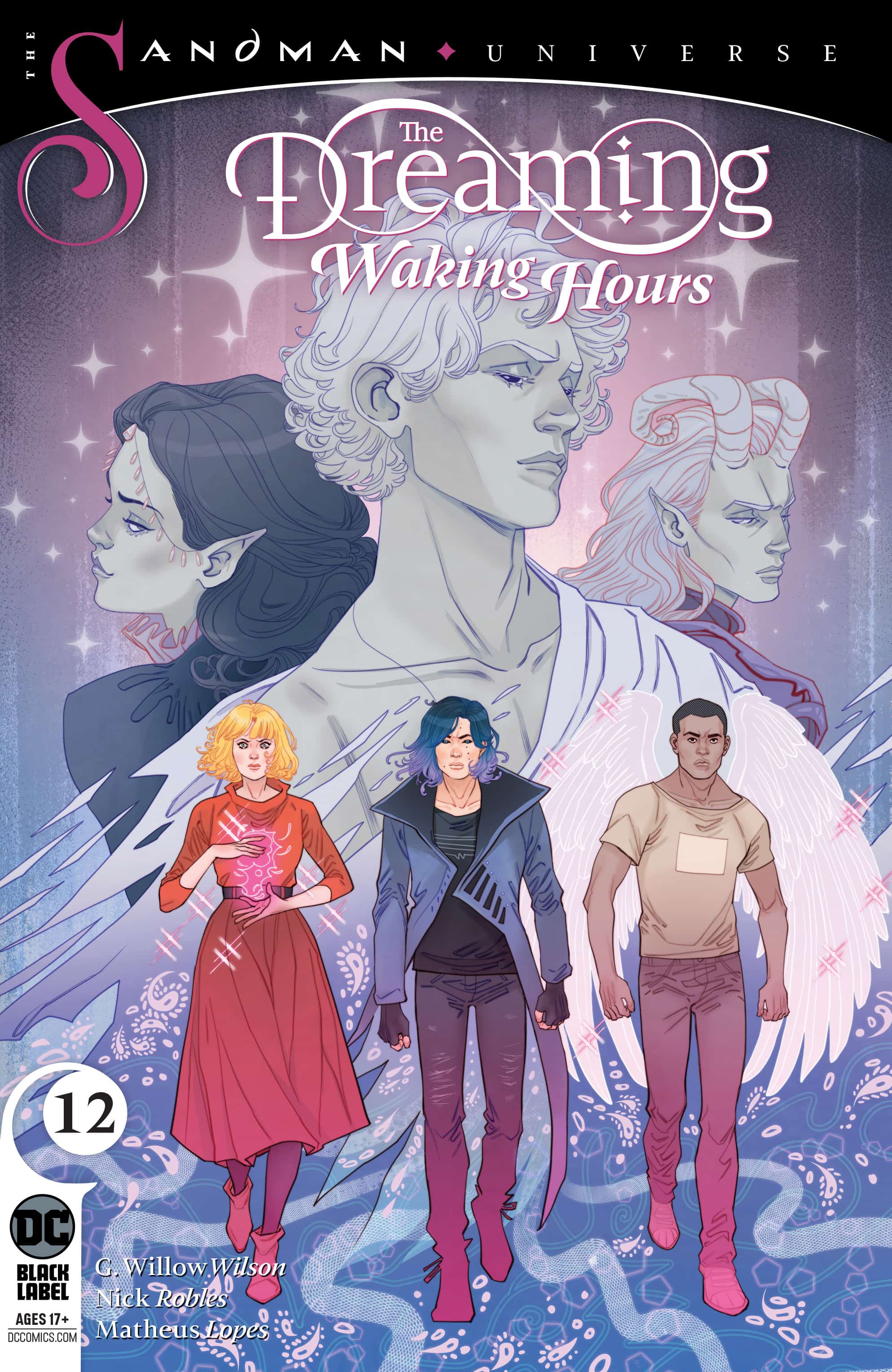 The future of the realm of Faerie lands in Heather After’s hands-and Heather’s not exactly known for her sound judgment. But if she doesn’t use her power wisely, she could call down the wrath of the Dream Lord himself and send her closest confidant, the escaped nightmare Ruin, back into eternal imprisonment…or far, far worse! Will Ruin be unmade before ever knowing the true love he condemned himself to mortality for? Perhaps he just gets what everybody gets-a lifetime. But it’s looking awfully short…

After almost a year on the dot, The Dreaming: The Waking Hours has reached its conclusion. With any Sandman title, the creative team had huge shoes to fill. G. Willow Wilson, Nick Robles, Matheus Lopes, and Simon Bowland filled those shoes so well that they took them out dancing. Is it too on the nose to describe this book as dreamy? Issue #12 explodes with gorgeous visuals. Robles’ pencils are brought to life and beyond by Lopes’ colors. There are several times in this issue where the color dominates the page which I find so appropriate. Recounting dreams are weird. You might wake up from the most incredible dream and lose it in a second. Sometimes you can only remember the visuals or even the feeling of the dream. Robles and Lopes somehow capture this feeling. 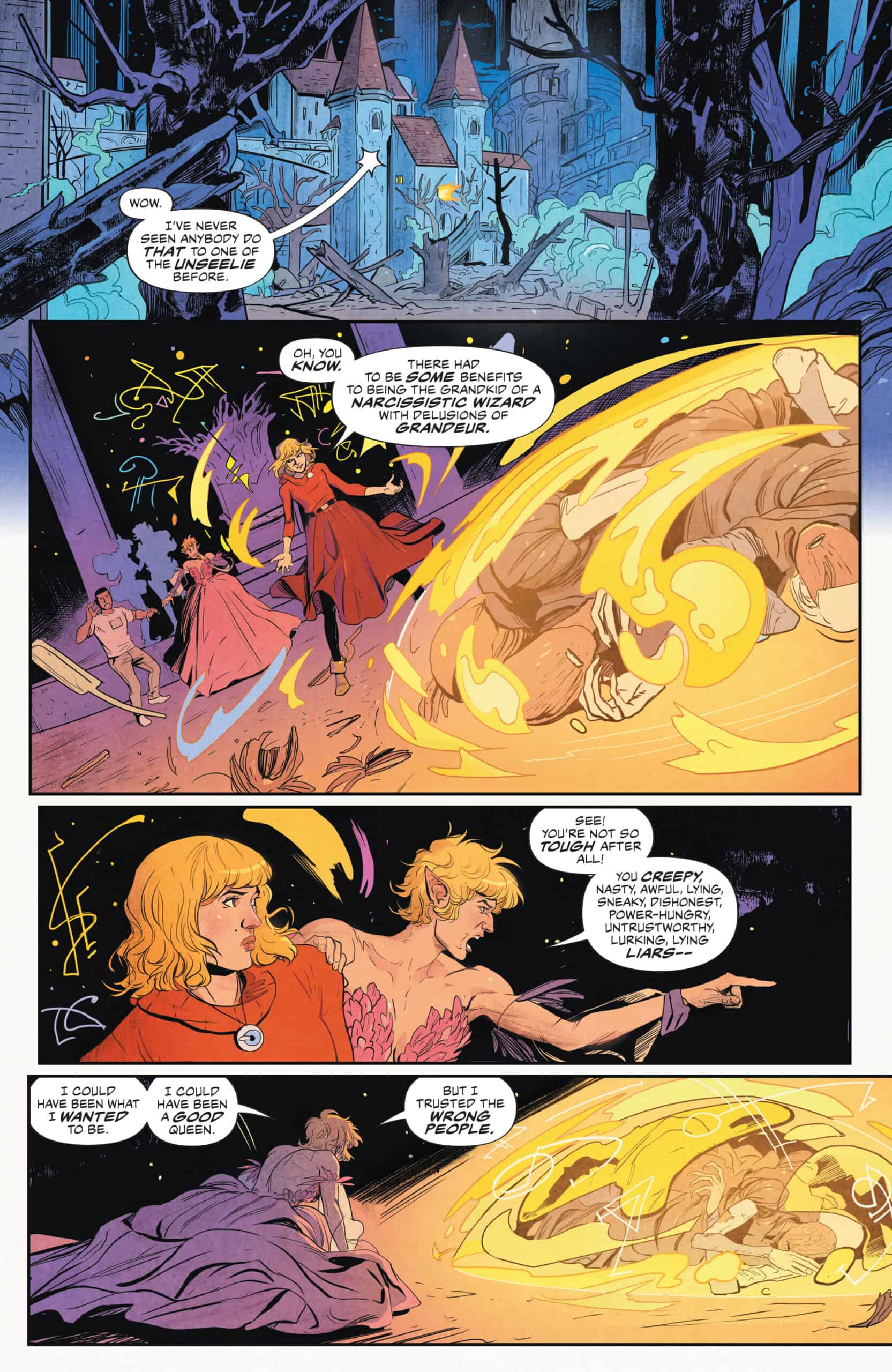 In terms of writing, Wilson has created some of the best characters in the Sandman Universe imprint. Wilson’s characters feel like an extension of the original series. They don’t feel forced or out of place; they just weren’t born yet or around in the original series. Heather feels like a classic Sandman protagonist. Wilson breathes life into a character that feels so real that the magic around her starts to follow. Ruin and Jophiel fit perfectly by her side. The character development and arc resolutions for each of the three are so satisfying that you can only smile as you close the book. 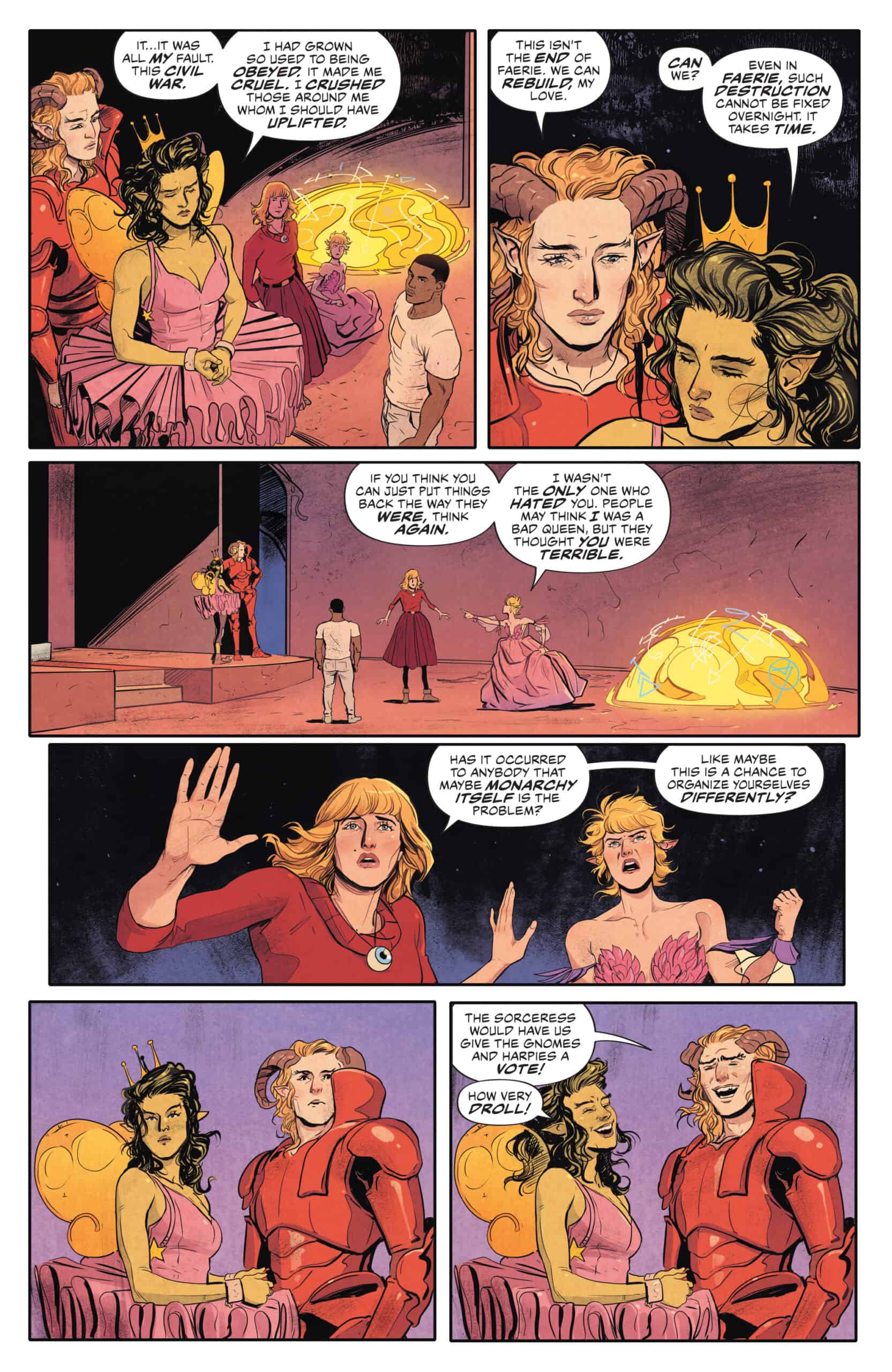 Ruin was a standout in issue #12. Wilson took a concept and gave it a heartbeat. Only in The Dreaming: The Waking Hours can a nightmare feel the most human. We realize that a nightmare is just a type of dream, and even though Dream tells Ruin that people are glad to be alive when they wake up from one, that is all Ruin is. He can’t love or feel. The contrast between Dream and Ruin is apparent in the closing pages of the book, which only amplifies Ruin’s humanity, which Dream is denying. Heather risked a lot to help Ruin throughout the series. Dream declares, “True love is rarely the of any story, Heather After. It’s tempting to believe, but the evidence of centuries suggests otherwise.” Whether this is true or not, Heather’s answer might be the only right answer this is, but you need to read it for yourself.

There are happy endings and sweet dreams in The Dreaming: The Waking Hours #12 as the imaginative and gorgeous limited series comes to an end.