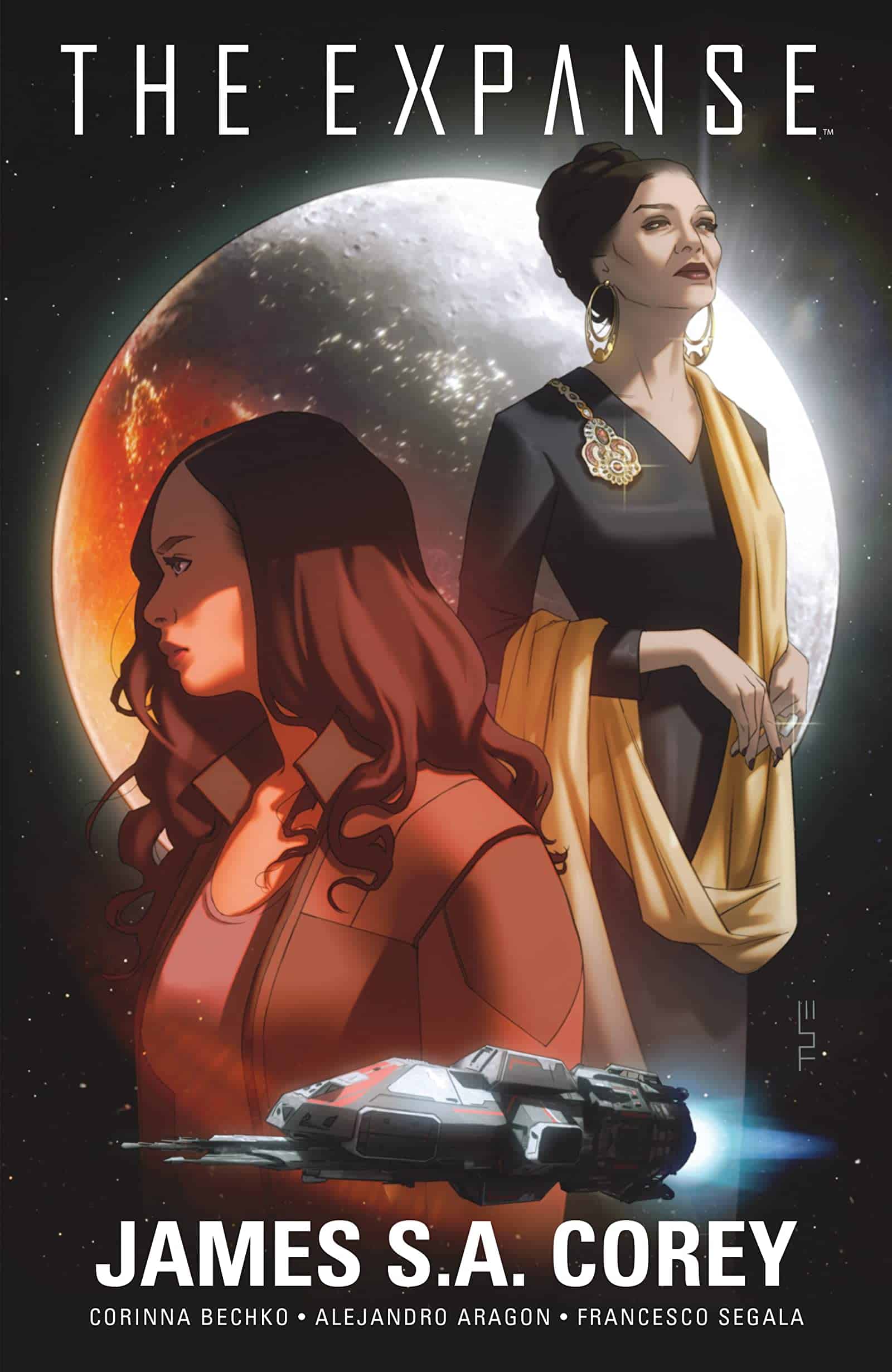 From the cover, this volume is screaming ‘terrific’. It highlights the two main characters in great detail. The planet behind them represents the two worlds ever present in this story, Mars and the Moon. Overall, the cover really makes me want to pick up this book.

The interior art however is not as detailed. A couple of times I had difficulty in distinguishing Bobbie and Chrisjen. I am thankful for the lettering. The blue caption boxes for Bobbie and the green yellow for Chrisjen makes it easier to determine which character I am watching. Overall, the colors are muted throughout and the figures have a scratchy look to them. This is usually not my favorite style but as I read the story, I got more used to the style and the muted colors pointed me to the mystery that will be uncovered.

This story is fantastic and definitely thought provoking. There is not much action in this story but the political intrigue all makes up for the lack of action. One of the reasons I enjoy science fiction is the freedom the writer has in exploring characters and issues, and here there really does not appear to be much in character arcs as the issues take center stage.  Front and foremost is the issue of the slave trade. It is shocking to see so many people crammed into a single cell. It is surprising when the people in the cell do not believe they are being held captive despite the use of the bars and the locked doors. Both Bobbie and Chrisjen are dealing with their past lives and how that influences both their present and future lives.  Bobbie from a military perspective, and Chrisjen from a political one.

Corinna Bechko creates a definite mystery and the reveal of the slave trade is jarring and shocking.  We join Bobbie in her disgust and we feel betrayed by Karl just as she feels betrayed.  The dialog, especially the inner thoughts of the characters, provides our window to what the characters are feeling.  Whether it is the mission driven focus of Bobbie, who will get to the bottom of the mystery despite what others try to tell her, or Chrisjen, who despite being in a non political position does work to put herself back into politics.

This story is so thought provoking, it makes me want to continue to see where the characters end up in the end.  Will be Earth, Mars, the Moon or an entirely new worlds as is teased by several side characters?