The Final Girls #1-5: Surviving, Together 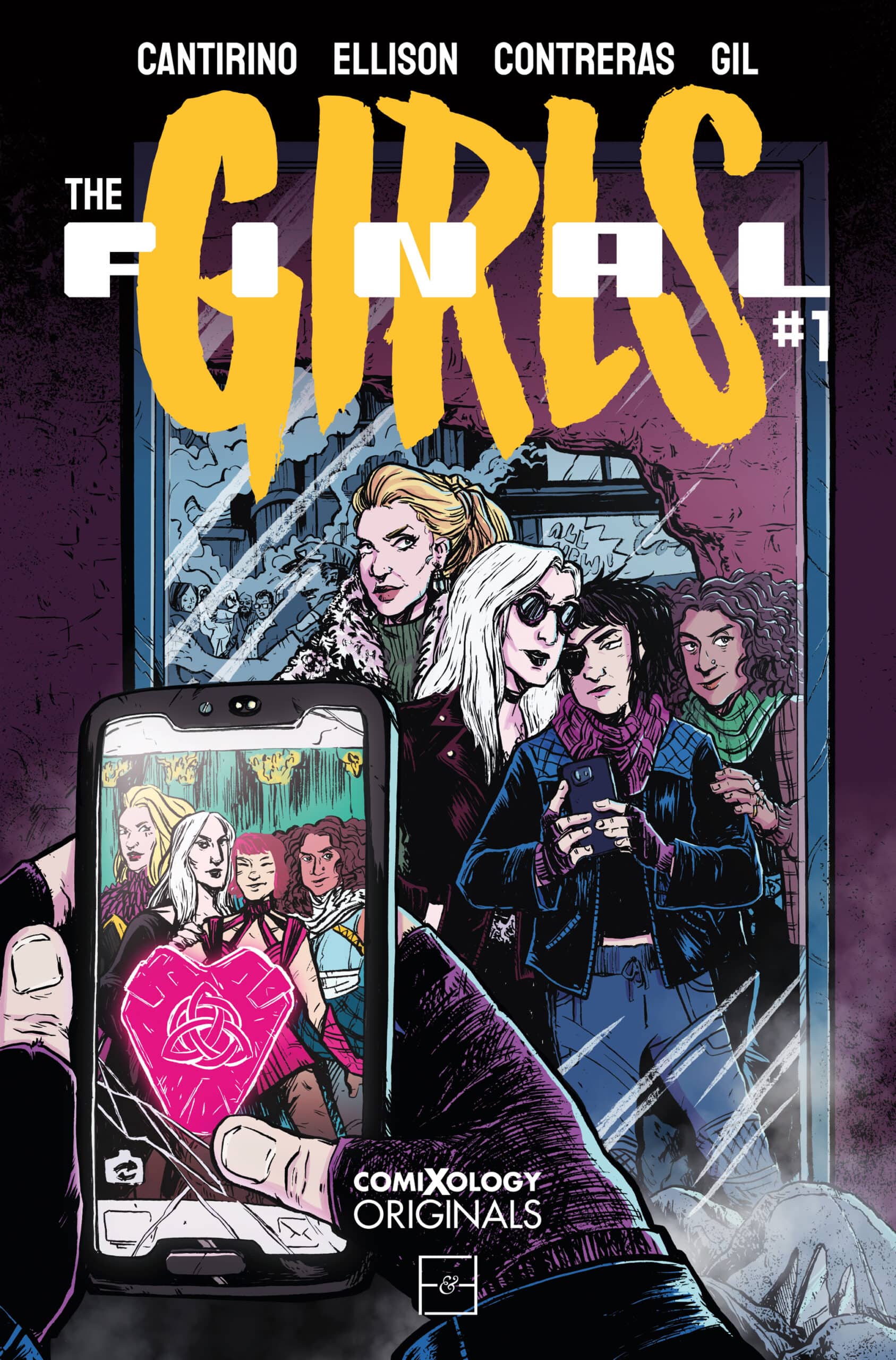 When the world's most powerful working hero asks her retired peers for help, they secretly agree to deal out punishment on another hero in the public eye. But when the weapon of publicity is wielded, it threatens to kick up all of the personal traumas of the heroes, past and present... What does justice look like when violence isn't enough? Out now on Comixology.

Disclaimer: This comic deals with heavy themes like self-harm, suicide, sexual assault, abuse and toxic relationships (including physical and emotional interpersonal violence).  While trying to not spoil the whole storyline if you come here wondering if you should read it (short answer: you definitely should), I will dive a bit into how it relates to these potentially triggering themes and the kind of (relevant) story it tells, as well as how it speaks to me and could speak to you. I also wanna thank Irene Turmalina for helping me word some of the more difficult points.

The first thing you notice about The Final Girls is that it presents itself as a dark take on superhero comics, where characters are not right away likeable or stereotyped “protagonists”. Each one of them is affected by a world that weighs on them as it weighs on us. It also presents a purposely deceitful, biased picture of its facts that slowly unfolds its nuances, playing both in its gothic rough art and escalating storyline with the readers’ expectations and pre-conceptions… It’s fun, sometimes grotesquely fun (like when a character that deserves a beat up actually gets a beat up), but never in a distasteful way that throws you off its threads. It walks a perfect line between comedic, action, horror and drama that, wrapped in a noir take on Scottish folklore, sucks you in from the start.

The first time I read it I couldn’t help but do it in one sit, as the chant of these unusual heroines in a patriarchal world unfolds towards a nuanced, carefully crafted conclusion. Cantirino’s carefree, punk-ish art turns into irrepressible horror or day-to-day casualness easily, with Contreras’ detailed coloring highlighting the powers, action, scenarios (from dirty clubs to greenish blue endless seas) in a way that seems like it’s gonna go out of the page, and Gil’s always graceful lettering rounding it up. It helps that each issue opens with a stellar cover, by different artists with their own take on this enchanting narrative (my favorite is Annie Wu’s!). 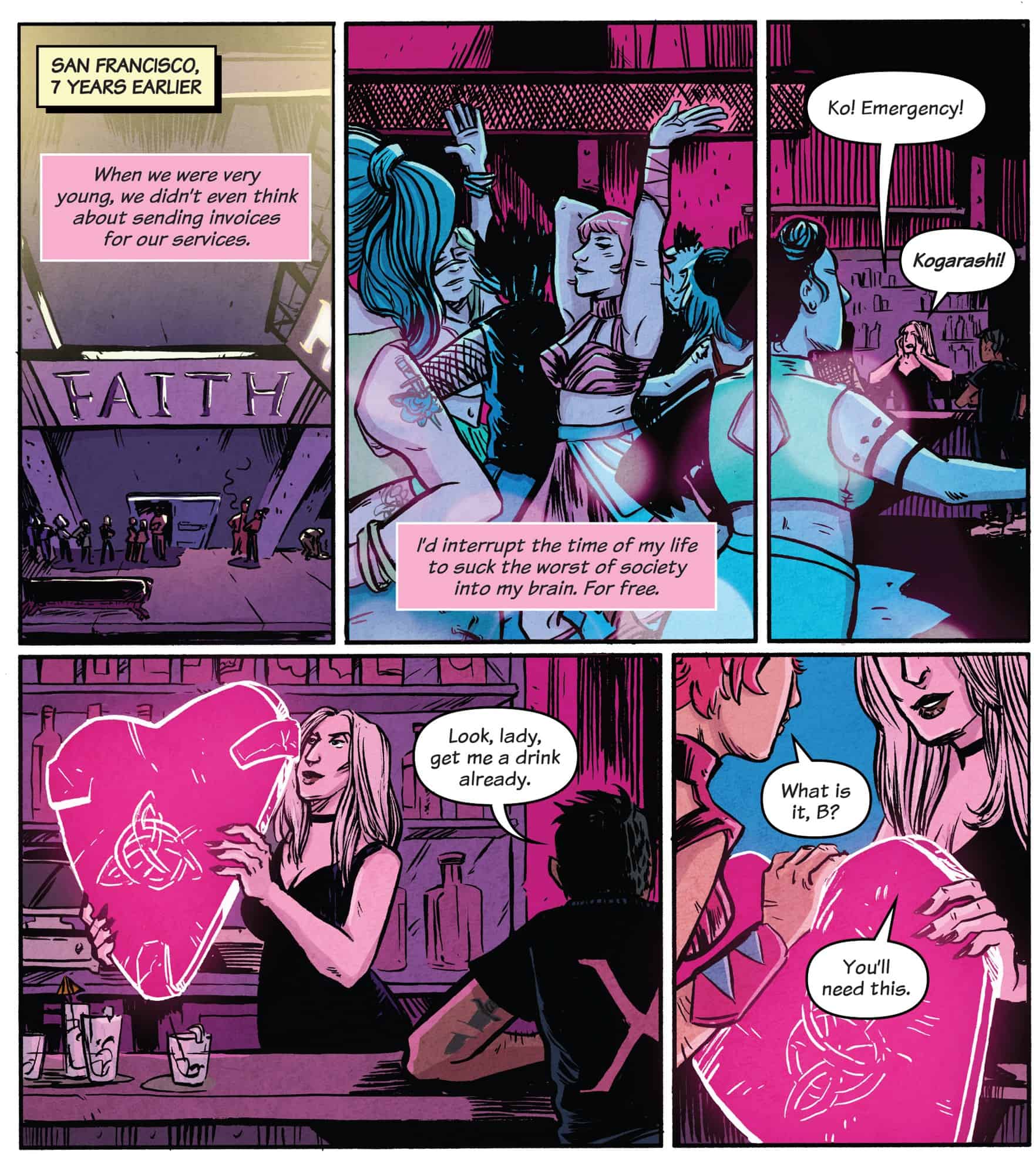 Most of the themes Ellison brings to the page relate to a wider tale of gendered injustice and culture of sexual assault that makes these characters Final Girls of the culture they (and we) live in. The story of Scáthach is the one that touched me more deeply. The most strong – literally immortal – woman is still subjected to rape culture, which speaks volumes to unconventional survivors, “not cut clean” stories, and, as a trans woman who has survived sexual assault, it moved me deeply in how it was expressed. Its everlasting effects, from shame to self-blame, self-harm and an attempted suicide, are handled with care and attention to each detail and how it’s narrated by the shining creative team in issue #4.

Likely, the commentary this comic offers on social media shaming marginalized people disproportionally is as relevant as its comment on lateral violence, or as when it takes on rape culture and how what is culturally understood as rape in TV and media doesn’t usually match real-life experiences of rape survivors, mostly benefiting perpetrators’ lack of accountability. These themes are conveyed in visual narrative that explains itself, with the experience and emotions of the characters doing the leg work. It shows it, right in the gut. 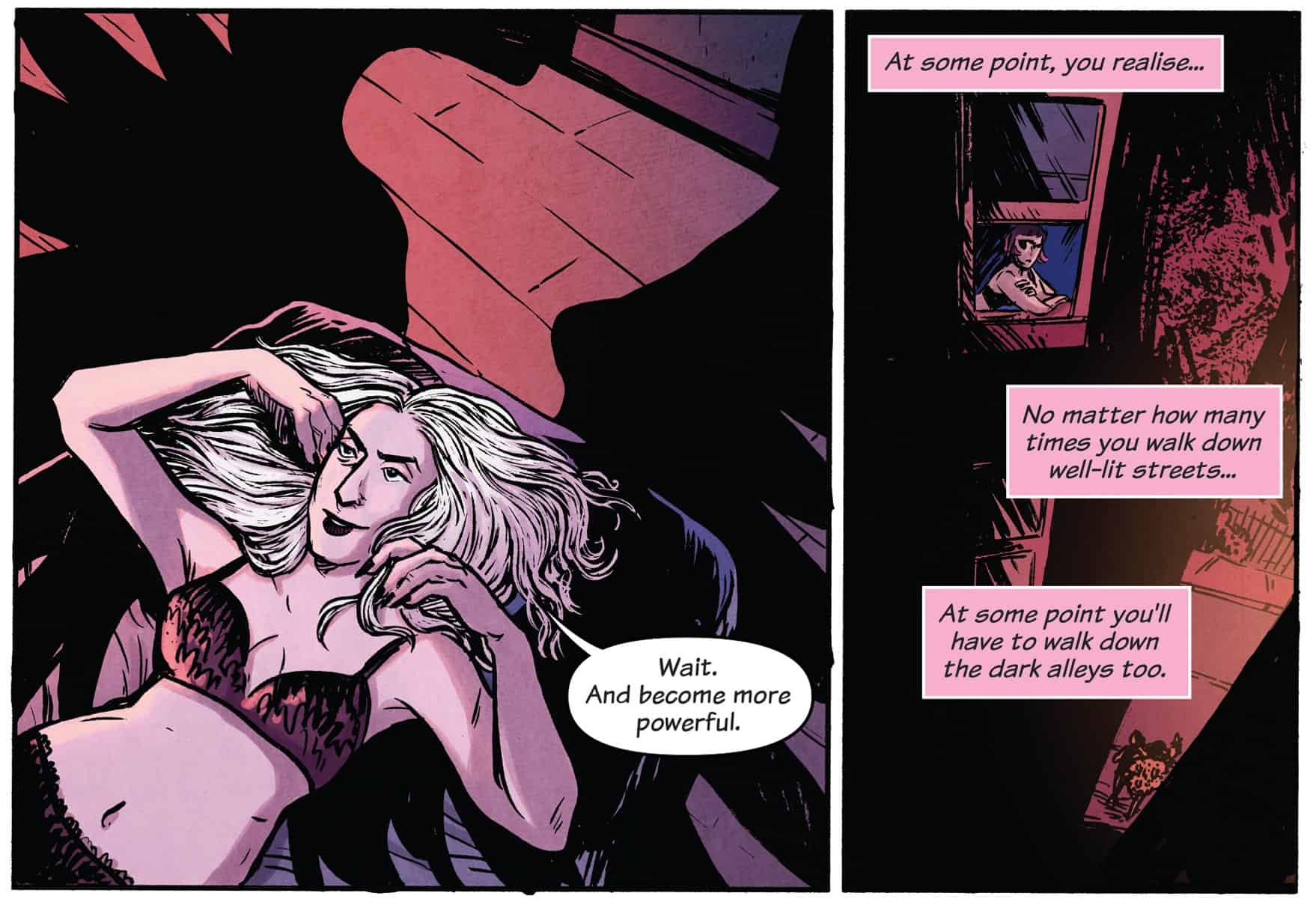 I do have to say I did have complex feelings with how some of these themes are presented to us, especially in the way this comic deceives the reader. Its main character and point of view, Kogarashi, is a bisexual woman that cheats on her to-be-ex-husband with her to-be-wife in the second page, with her relationships painted as messy through the book. However, said setting finally serves towards a really powerful representation of toxic relationships, how difficult it is to get out of them, and the effects they have in the ability to cope with extreme situations, as well as the always present fear of manipulation.

While I do wish, with reasoning, that this comic had other LGBT+ storyline that didn’t start with cheating, I understand the importance of this particular story and I can hold space for that. Similarly, and by the nuanced nature these themes have to people with vastly different experiences, I imagine some of the other plots possibly causing complex and conflicted feelings with other readers. And the conversations that can start are part of why I think comics with risks like these are important.

As we get towards the end of the story, The Final Girls’ take on anti-carceral justice subverts the expectation of the superhero to “punish” (that this comic plays on very intendedly), framing a story that subverts its genre in more than one way, and I’d argue in one that hasn’t been really touched on that much.

The Final Girls tells a story of restorative justice that is especially pertinent in a culture as needing of restoring its victims’ agency as comics (and it is edited by one of the survivors of this culture’s failure of doing that, Katie West). It’s a complex and risky comic in its honesty and realness, which successes scream as loud as the nuances you can look at it from.

It is, overall, a gift that this creative team has given us, and a piece of art worth reading back and forth again and, hopefully, learning from as a culture. It also makes me feel less alone.

The Final Girls #1-5: Surviving, Together