The Flash #63: Been Around the World and I…I…I… I Can’t Find the Answers 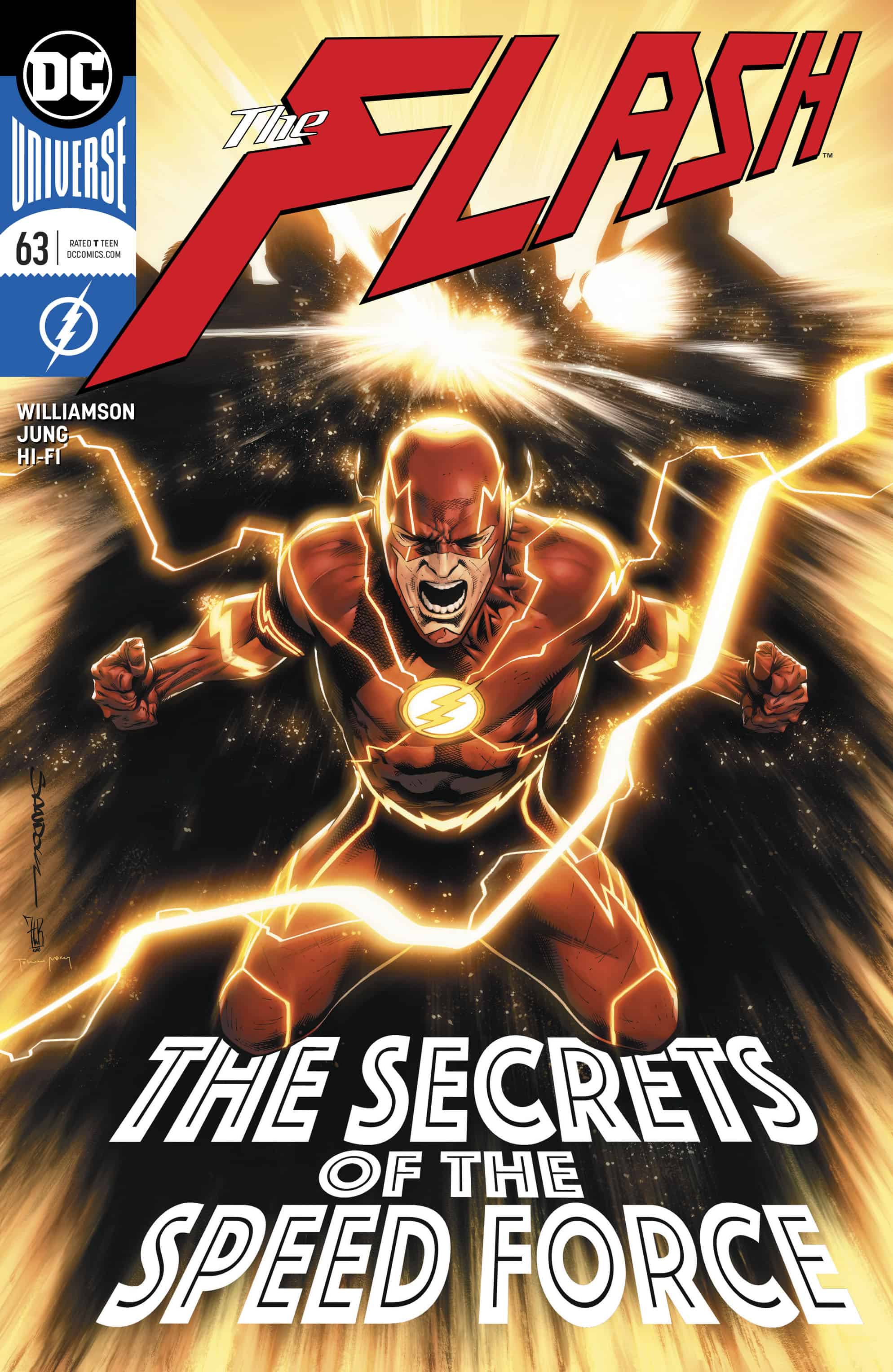 As Commander Cold takes on The Trickster in Central City, Flash's 'Force Quest' comes to and end. Psych and Flash manage to combine their Force powers to defeat Gemini and stop them in their quest for immortality, promptly followed by Psych killing the male Gemini and forcing information gained from Gorilla City on Barry. 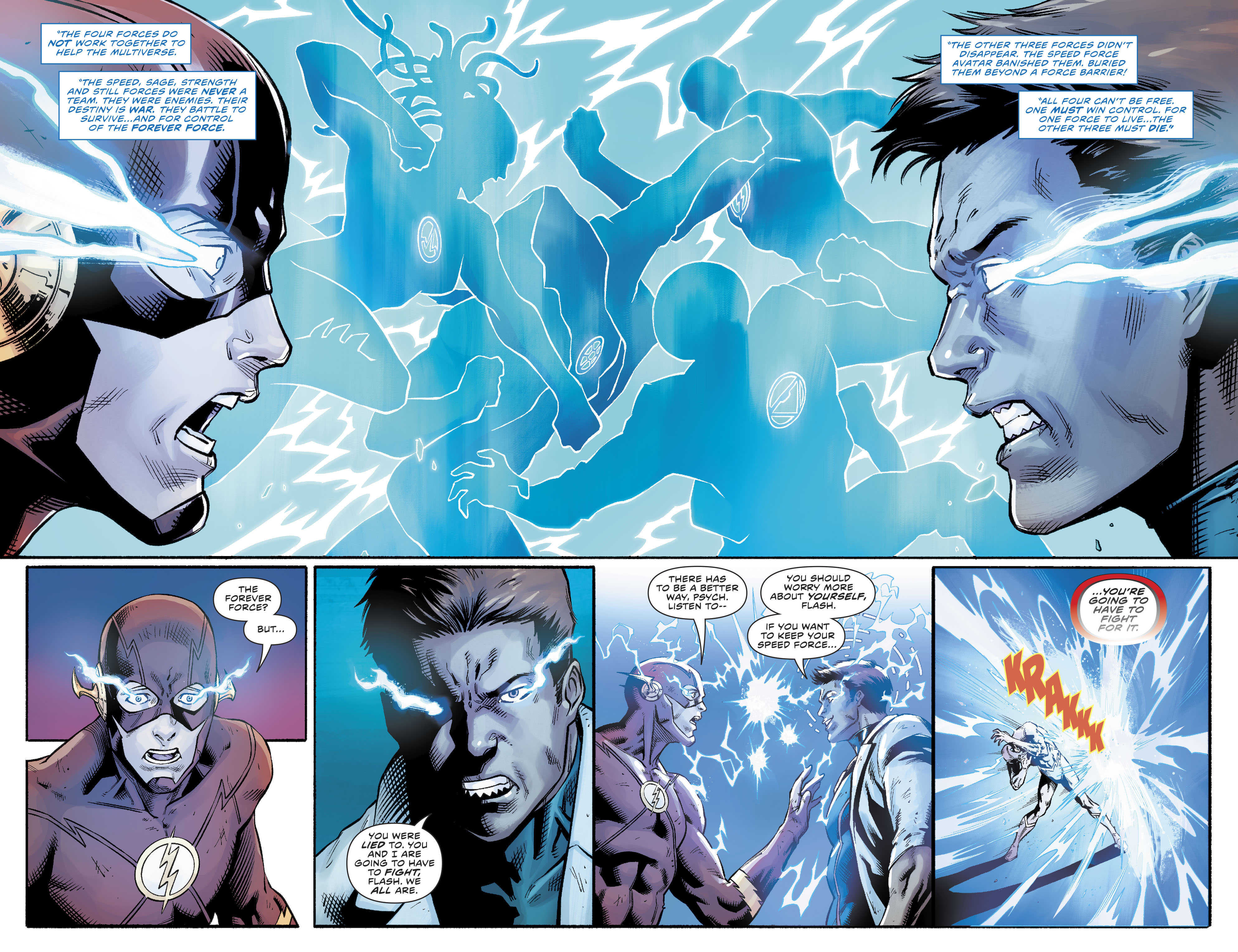 One Force to rule them all seems to indicate an all-out Force War in the near future.

What this issue does well:

The stakes are clearly high as Williamson appears to be setting up a similar structure as we saw during Geoff Johns’ tenure on Green Lantern. The events of this book look to having ramifications for the entire DCU. Wand’s lettering and HI-FI’s colors are exceptionally well done but that should surprise nobody at this point. The vast majority of the art in this issue was well-done as well. 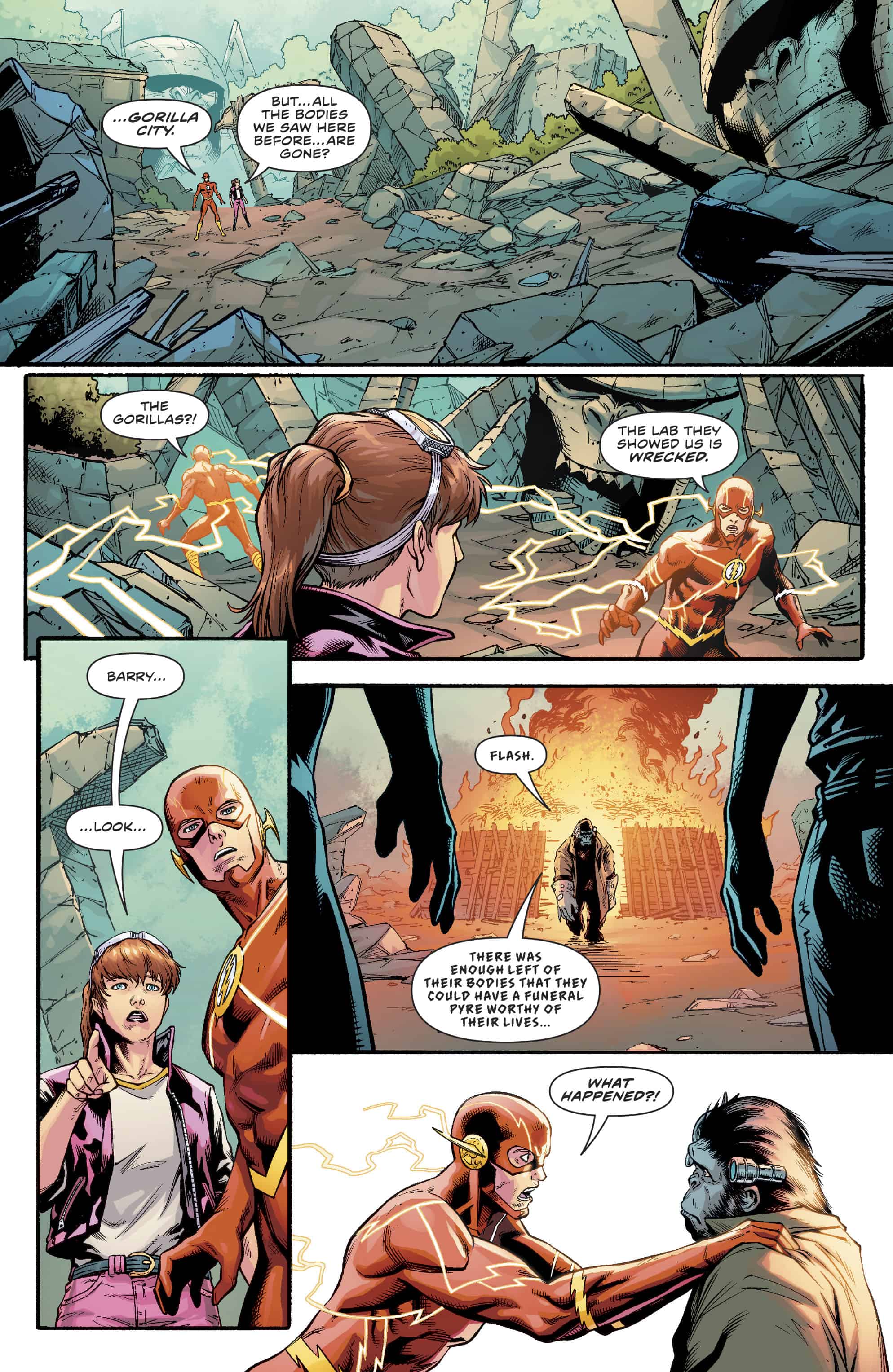 On the negative side, though, lies the predictability of these high stakes along with the execution of multiple narrative threads that don’t seem to fit well together. Gemini, to me, felt an ill-conceived plot device rather than a fresh character in its own right, and judging from where the character leaves off, it is apparent that the device’s usefulness has not been fully spent yet. There just was no convincing development of the character/s that would lead me to believe with any degree of comfort that the backstory of two lovers who stumble upon trapped force energy and feed on it to become immortal is a plausible tale. Of course the Avatars will be at odds. Of course Barry is expected to use his position as a beacon of Hope to avoid the conflict. Of course two Force powers can combine to defeat a third. It’s all been telegraphed. 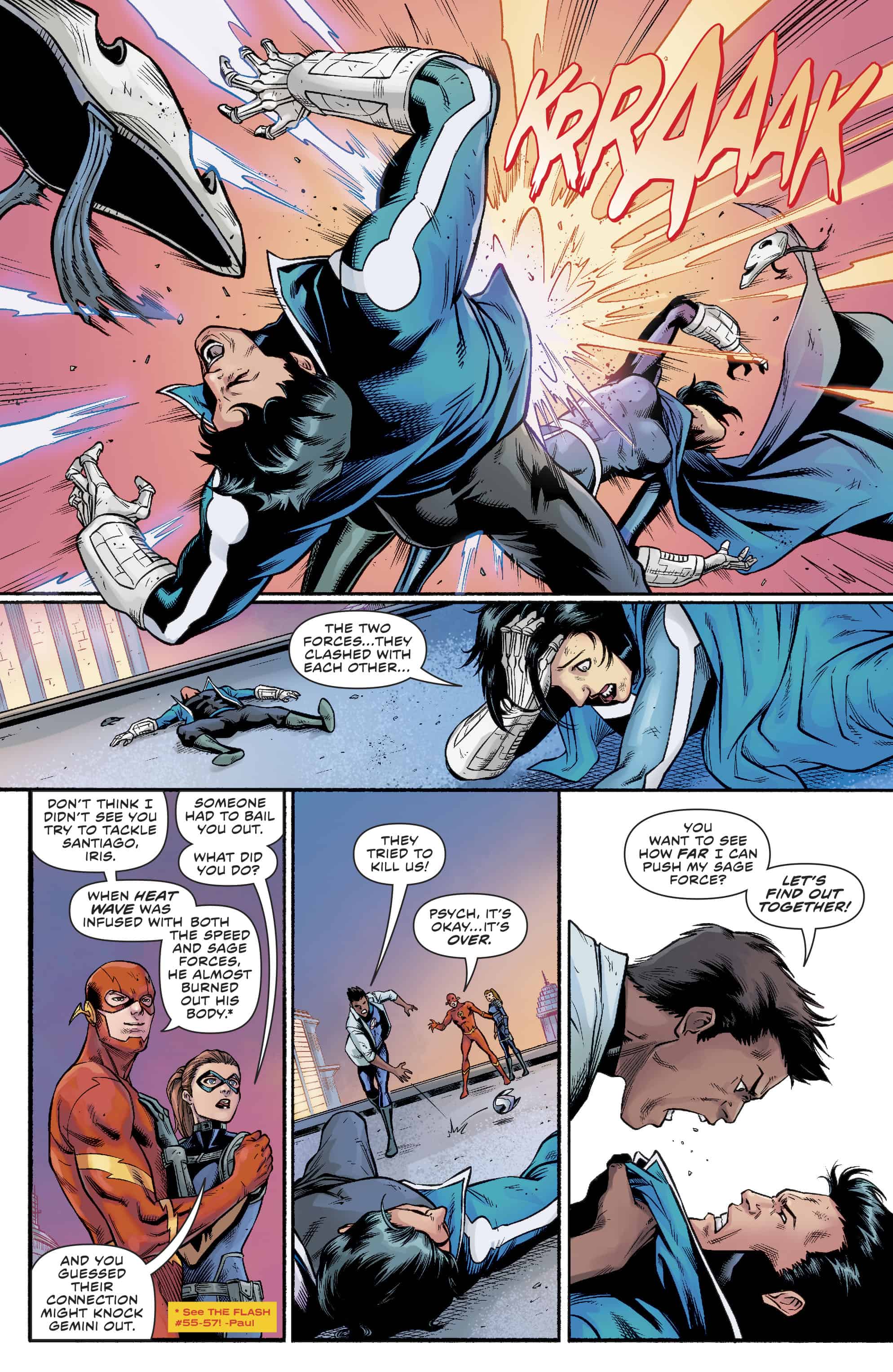 'Force Quest' ends as Flash prepares to take a timeout from the Forces in order to team up with Batman for the next month.

The Flash #63: Been Around the World and I…I…I… I Can’t Find the Answers