The Flash #64: The Honeymoon is Over 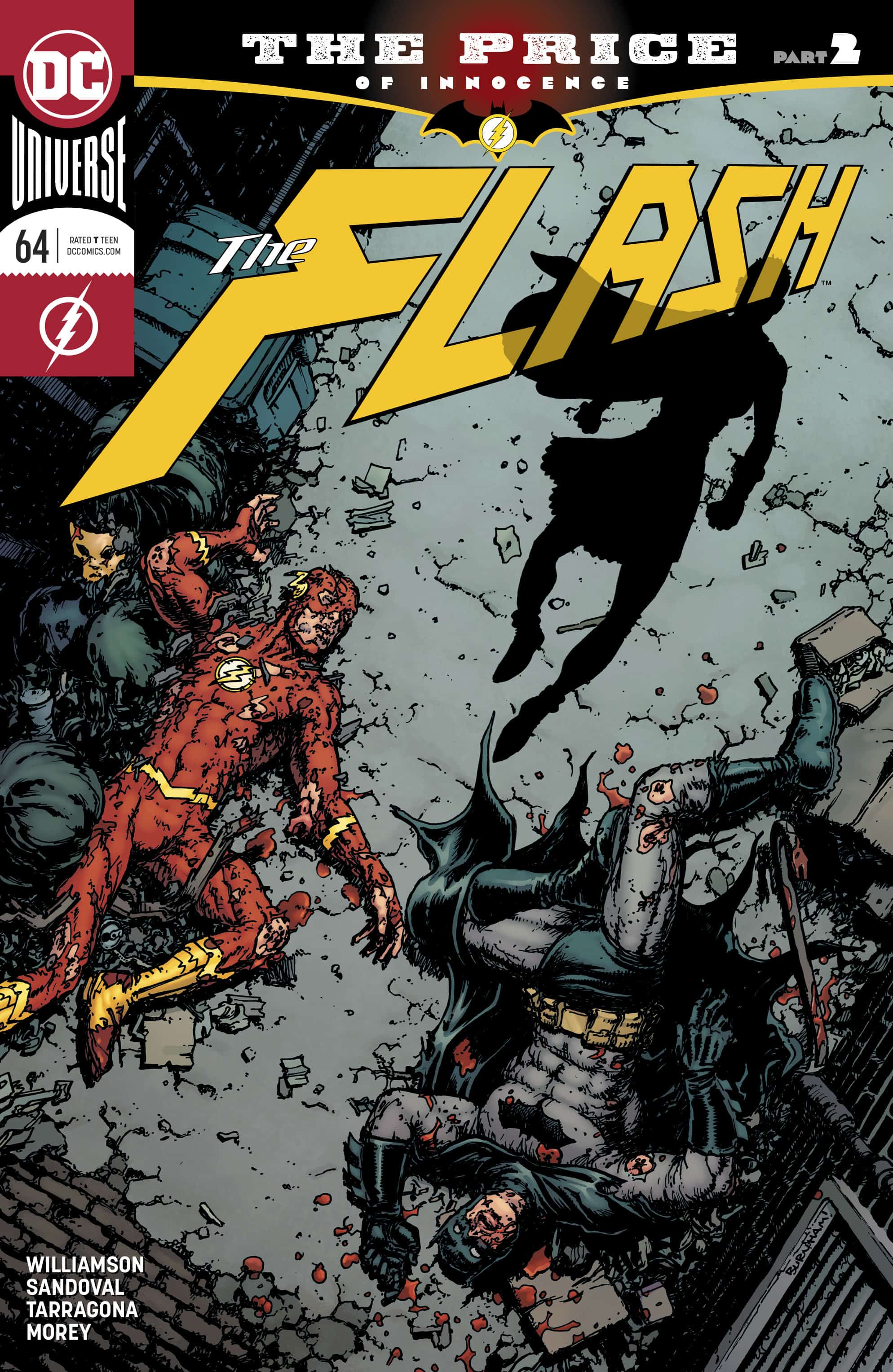 Batman and Flash continue to hunt for clues to help them find Gotham Girl and stop her from her continued attacks, despite the tensions created by the recent events at Sanctuary. When they finally find her, they discover yet another "hero" in need of help but unwilling to accept it. 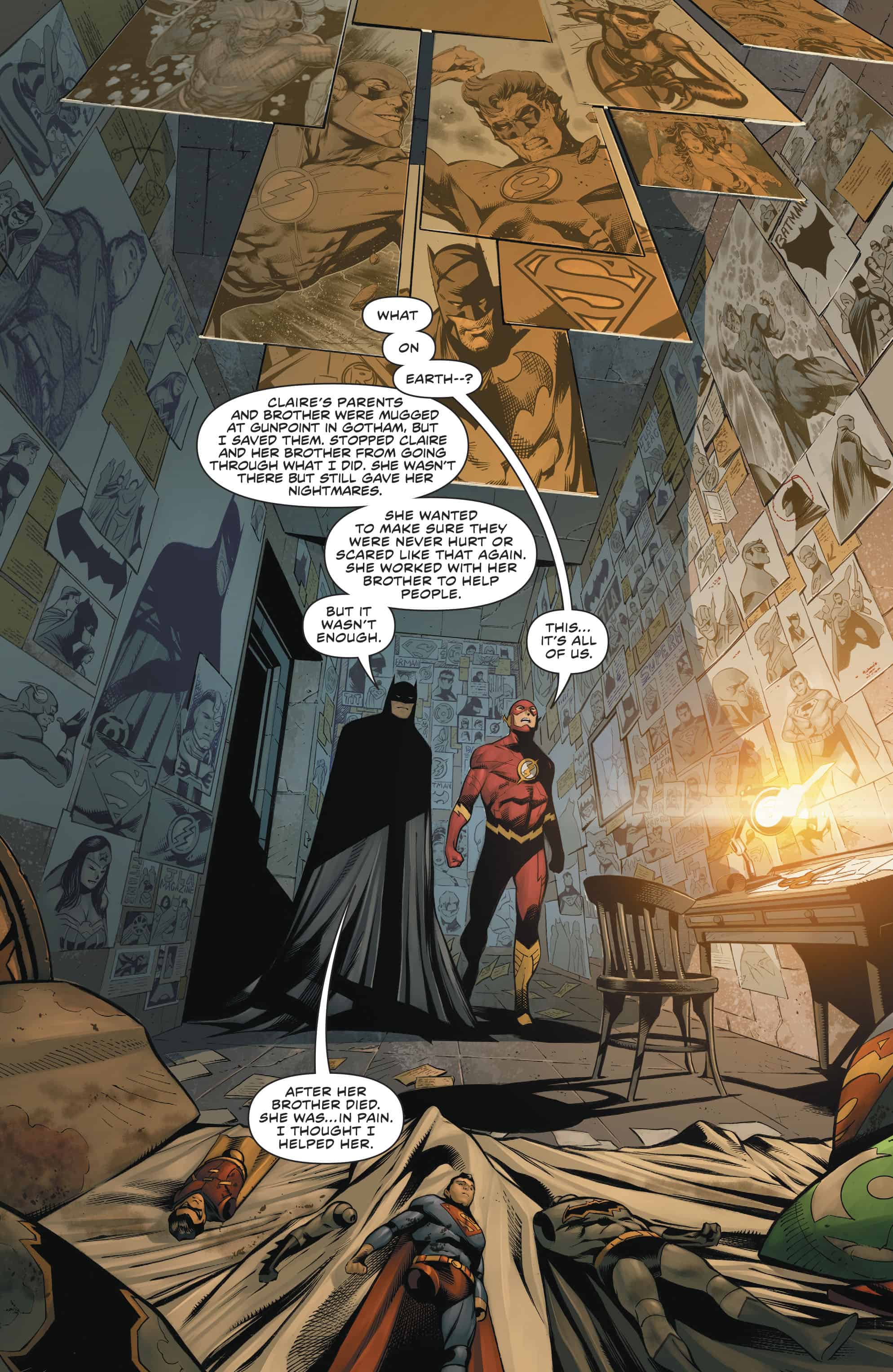 Last week, Dr. Bethany W. Pope reviewed Batman #64, the first part of this arc, and hit on a number of issues I absolutely agreed with. From pacing to voice, from detail to macro story-telling, this issue continues the failings of the last. The art from Sandoval is quite good– even better than March’s work on the last issue– but beyond that, I’m having a difficult time approaching this issue. Whatever complaints I have regarding King’s sense of voice when it comes to Batman are magnified here in Williamson’s take on the character. 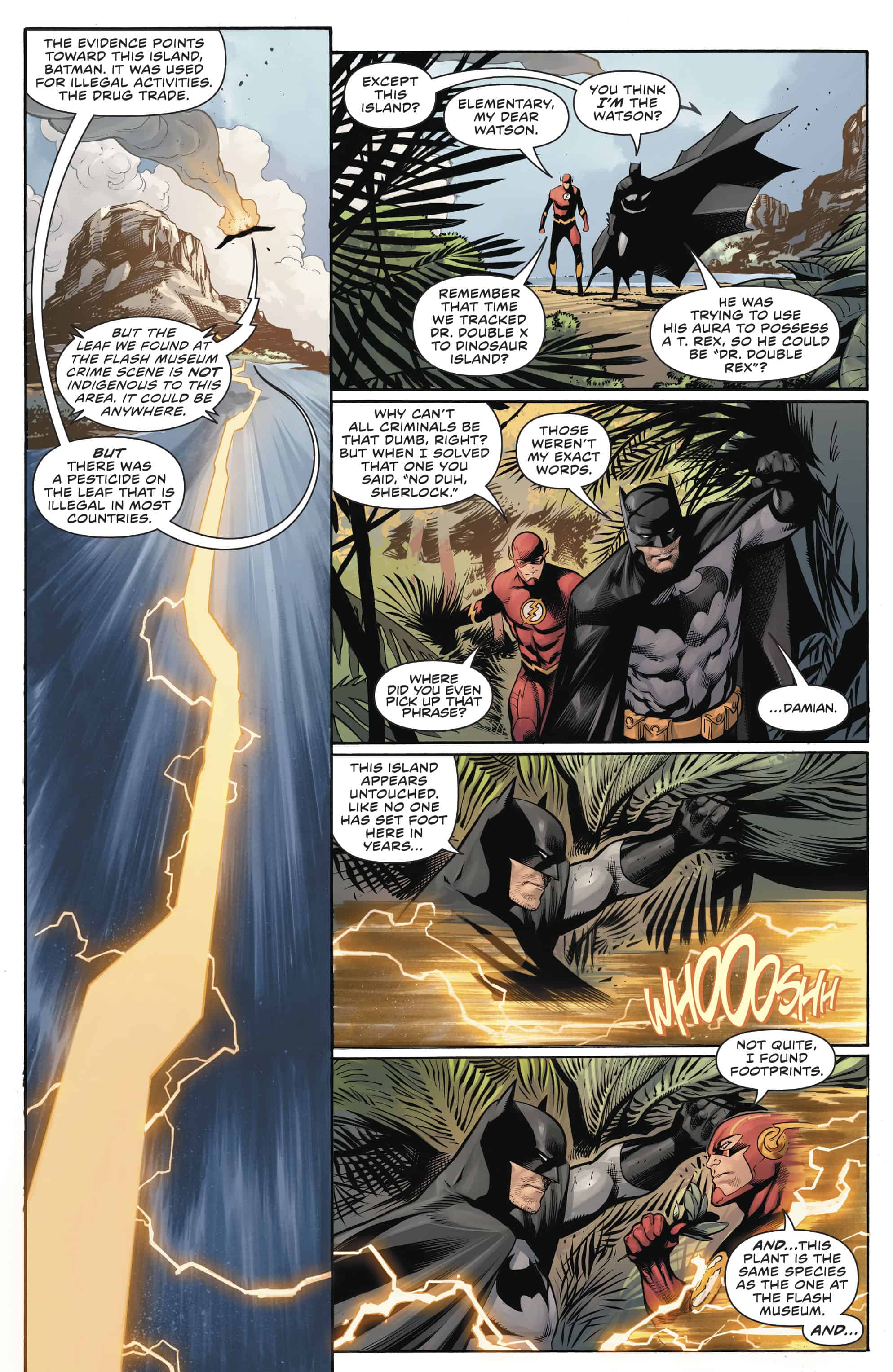 There just seems to be a fundamental mishandling of these characters. I understand the desire to construct tension but the tension is forced. Barry and Iris’ outrage over Wally failing to be protected at Sanctuary seems misplaced given the pair would willingly go toe-to-toe with Wally against any number of villains seeking to kill him. Grief manifests in a number of ways, including anger, but neither Barry nor Iris are historically susceptible to such an anger, helping to exacerbate the awkwardness here. In the efforts to push the story forward and tie it to the heroes proteges, Barry raises questions about Gotham Girl’s costume and its origin, pointing to Alfred and Barry’s roles in crafting costumes for younger heroes while entirely dismissing the notion that both Batman and Flash were capable of designing their costumes themselves. 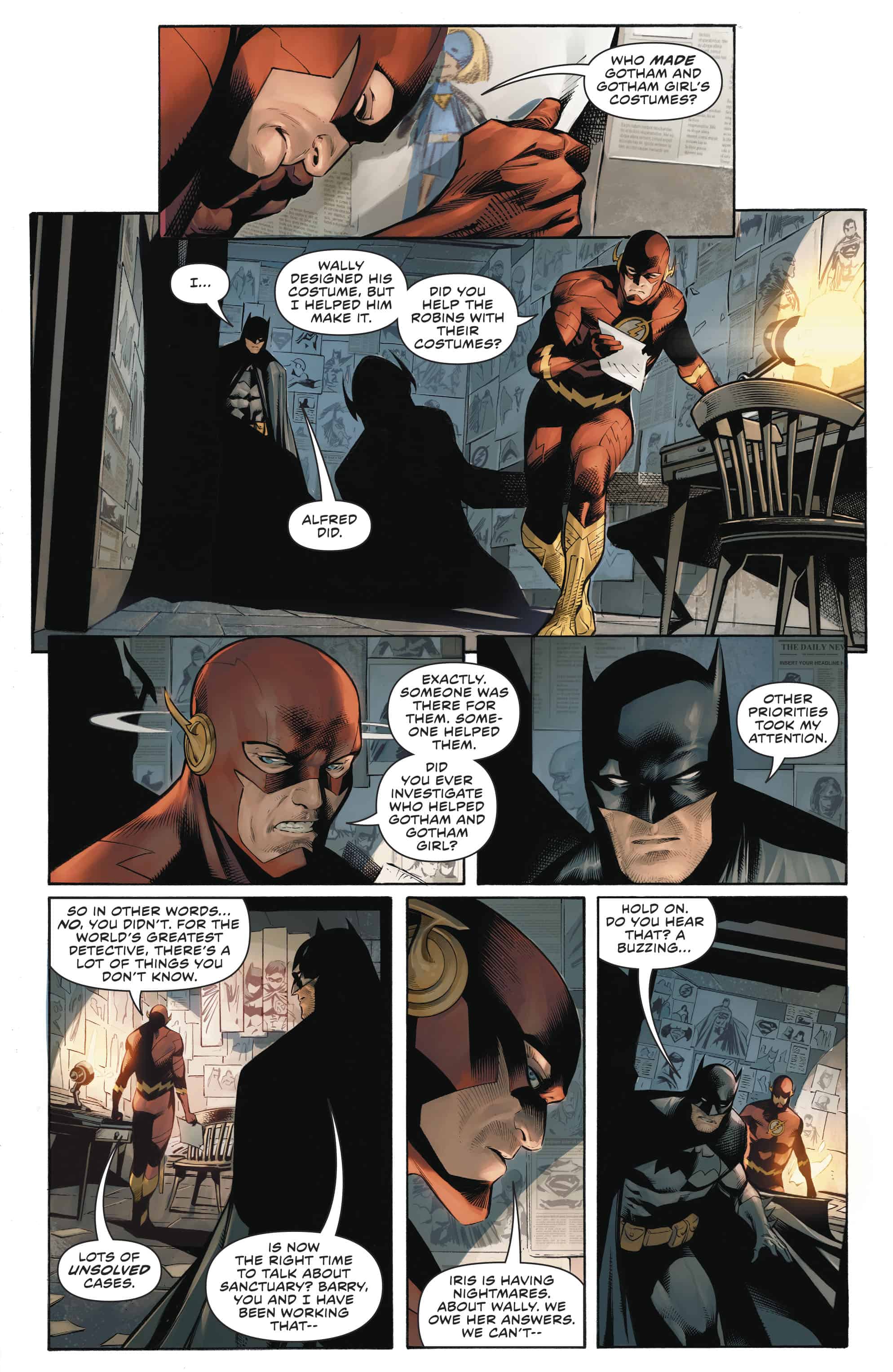 Minor details such as this point towards the story being ill-thought-out in addition to poorly executed.

A Heroes in Crisis tie-in crossover, Flash #64 picks right up where Batman #64 left off, both in narrative and in execution.

The Flash #64: The Honeymoon is Over