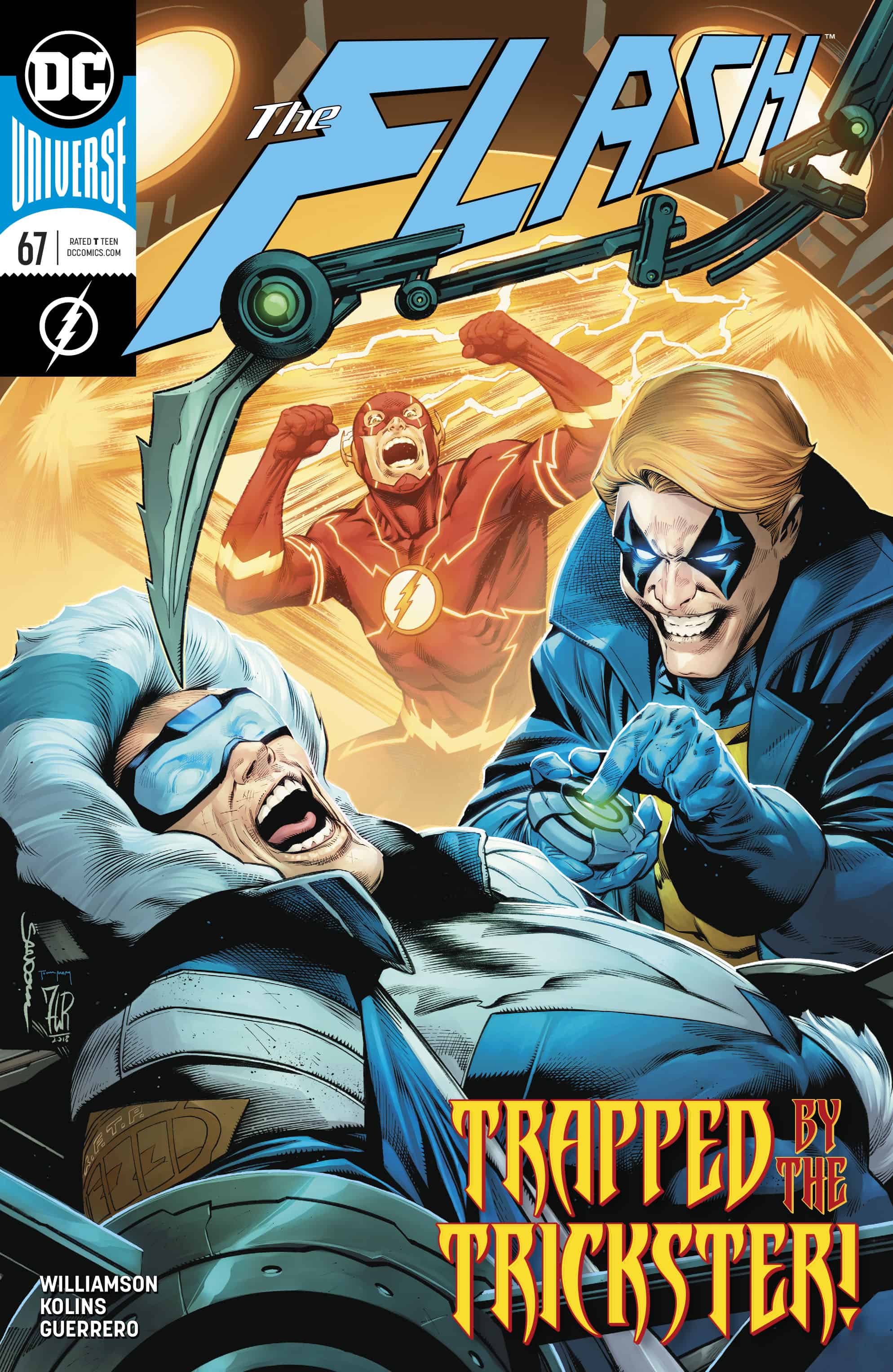 Barry battles a Death Cult while contemplating all of the ways he has done wrong in the past twenty issues or so before realizing that what he really needs to get him out of his current funk is a case to work on (as if he didn't already have the more pressing case of Hunter Zolomon and the broken Force Barrier, but sure, let's go with this one). 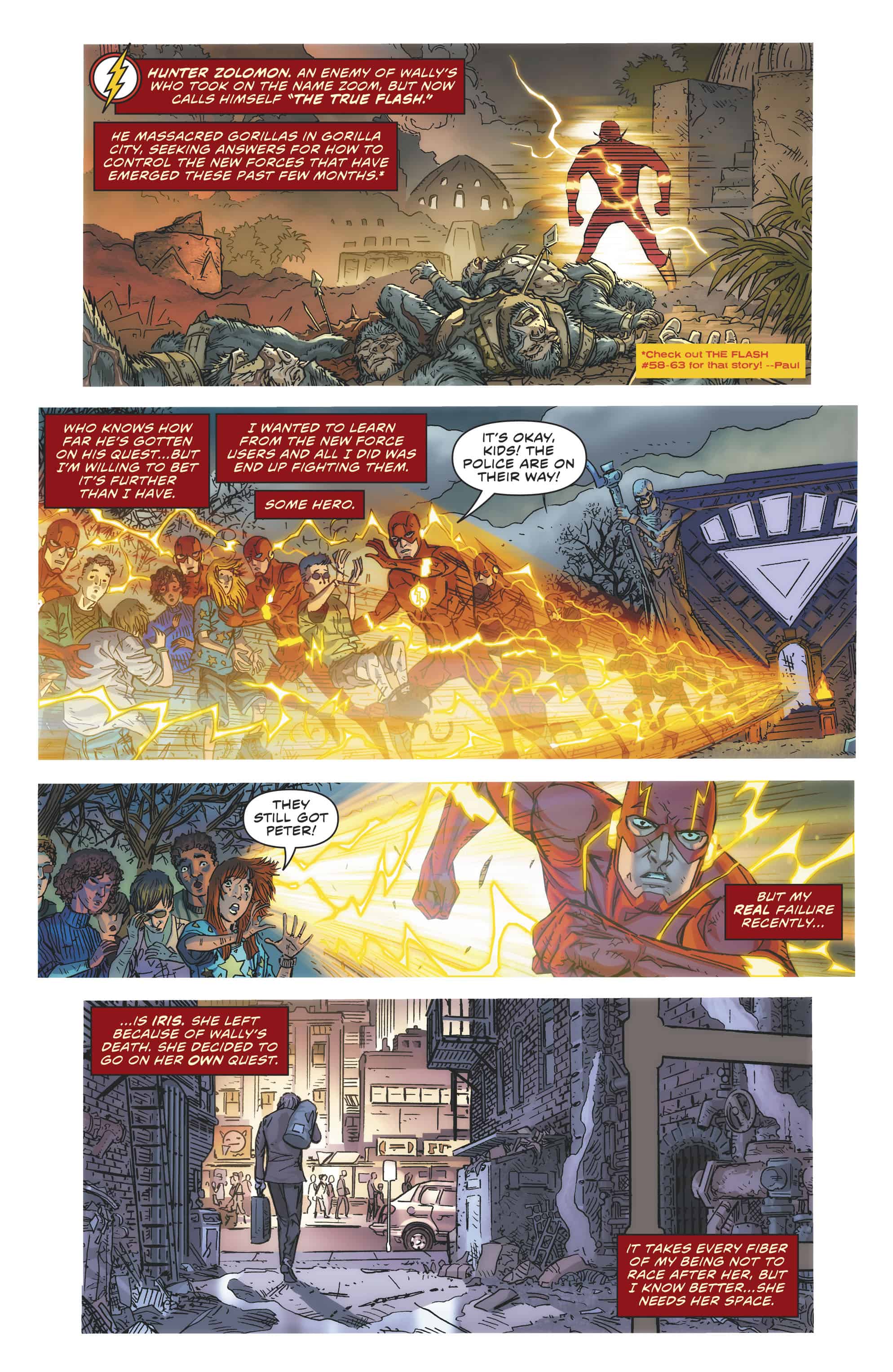 Luckily for Bare-Bear, he returns to Central City just in time for... A CASE! The entire city is mysteriously happy. There is no crime. And the whole city just wants Barry to be happy with them... at any cost! 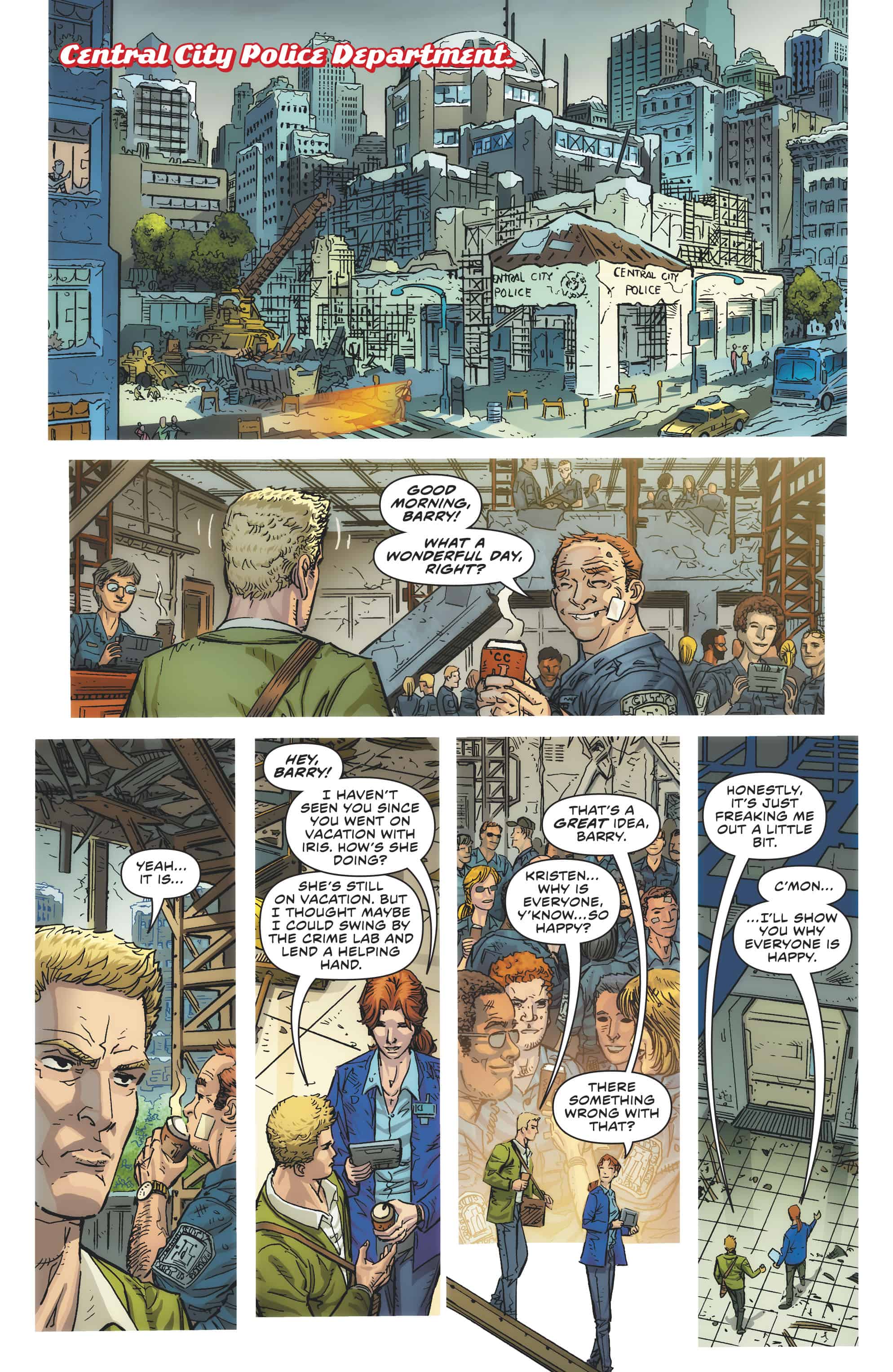 Where to begin, where to begin? Let’s set aside the fact that Barry doesn’t have time to be “bored and contemplative.” Let’s even set aside the fact that 50% of the stories over the past year have been essentially filler arcs with tangential ties to the larger narrative. Hell, let’s even push the notion that the wedge driven between Iris and Barry is absolutely a ridiculously forced concept stemming from mostly bad set-up driven by editorial and a completely different writer. In a vacuum, in the modern era of comics, this story is not compelling. It isn’t a fresh new take on an old character. It’s a completely regular take on an old character. Trickster tricks. It’s what he does. How he’s doing it? I don’t know and frankly, I don’t even care. There are so many great directions Williamson could be taking this book with the storylines that he himself has established (future Iron Heights, Commander Cold and his mysterious identity, Zolomon on the loose, the return of Bart, Iris’ pre-Flashpoint memories, the list goes ON AND ON) but sure. Let’s do a Jesse James story. Seems like a great idea. It’s not that it isn’t an okay Jesse James story– it is simply that there are more pressing concerns, more interesting stories that would be a better way to spend my time and money on than… this. 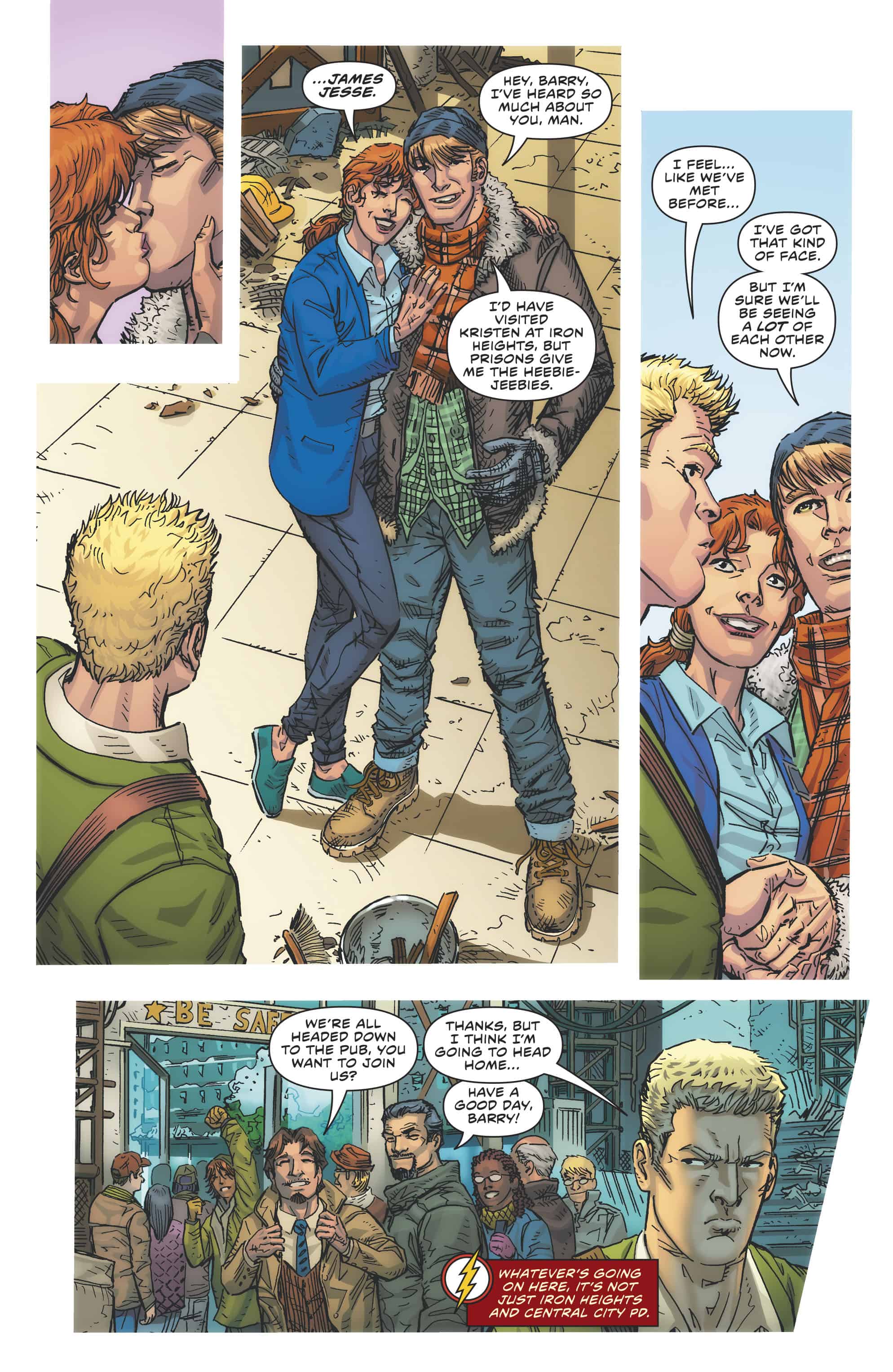 PS: Barry is one of the DCU’s top detectives. James Jesse didn’t set off any alarms? Come on.

The Flash #67 continues the trend of taking a top-tier character with a ton of interesting story threads to explore and instead pushing all of the good into a corner and giving us filler instead.