The Flash #75: The Once and Future Flash 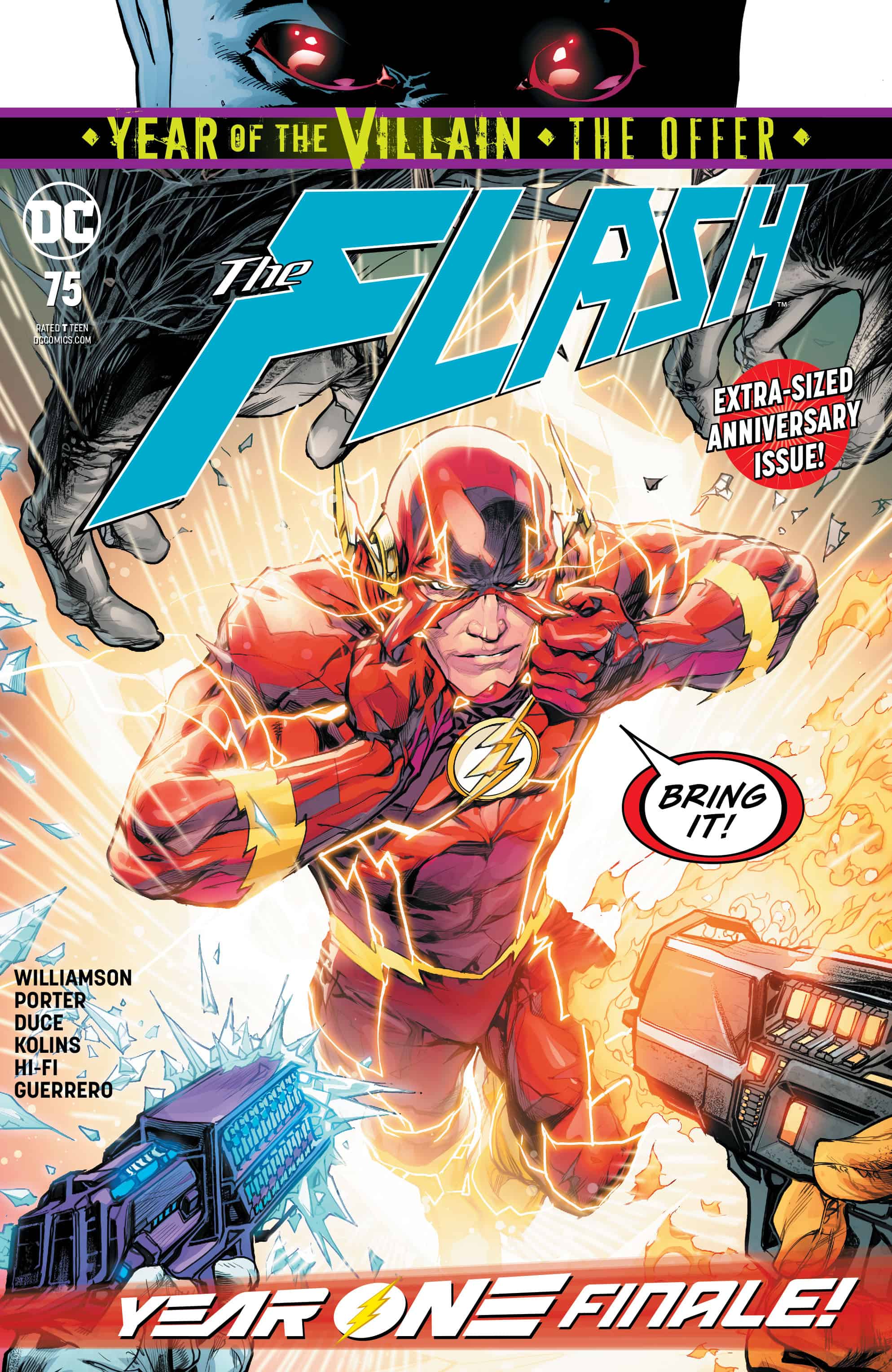 It's the Flash versus not only the Turtle, but also King Turtle from the future - in final combat! 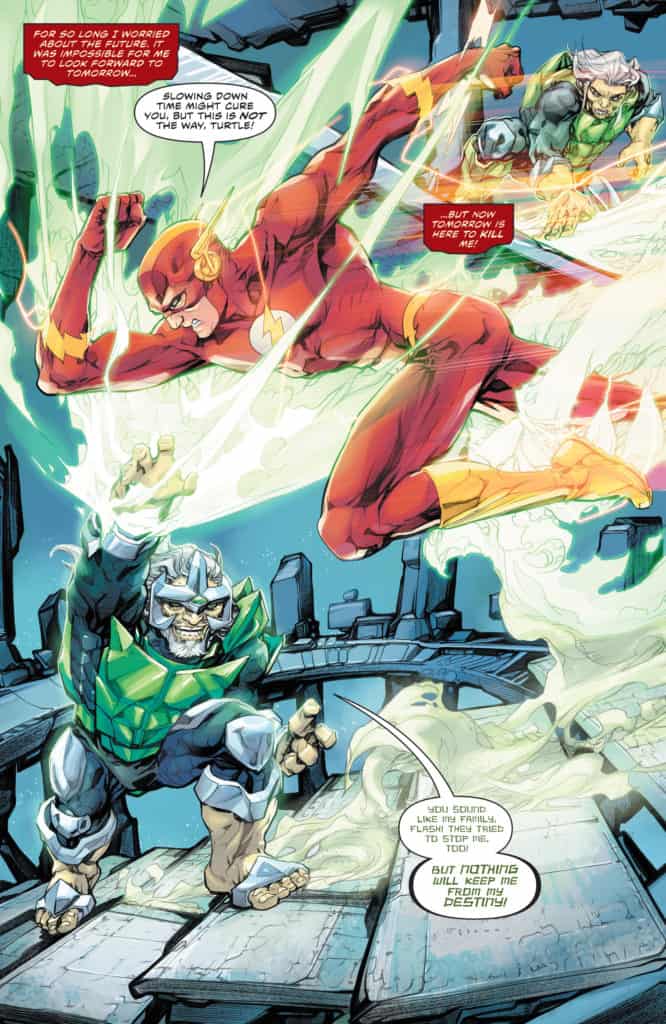 With the future and the present at stake - not to mention a Sword of Damocles hanging over his head, in the form of his own future self warning him not to get involved - can the Flash possibly save the day? 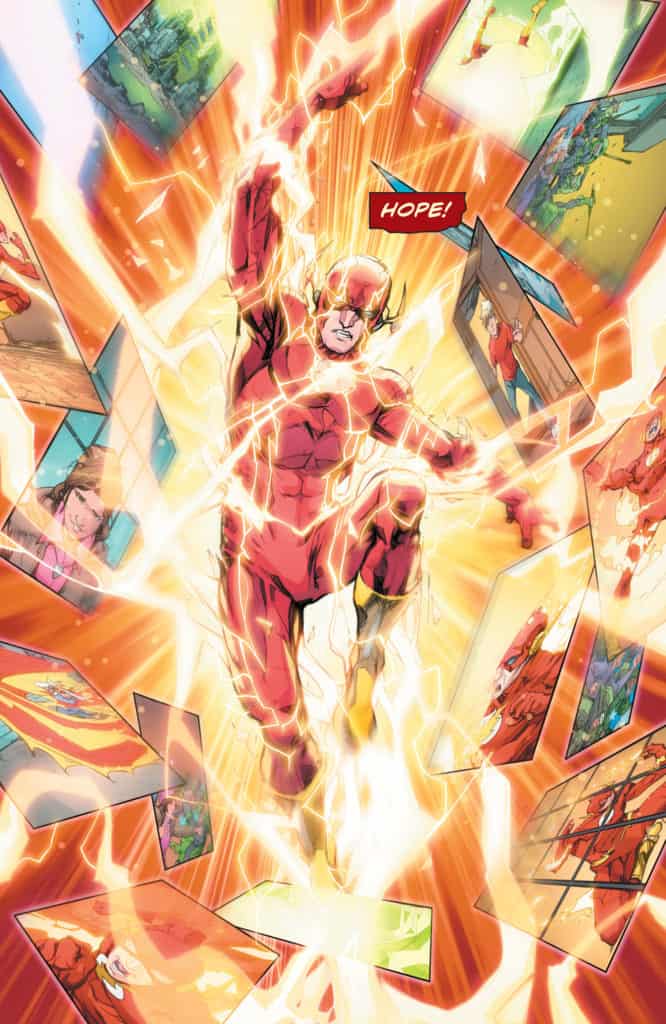 What do YOU think?

The Flash is the perfect embodiment of what makes the DC universe so great. He has fantastical powers that are capable of unlimited feats and possibilities. He fights the bad guys because it’s the right thing to do, not out of some personal tragedy or guilt complex. He’s inspirational (dude has his own museum, the people love him so much, plus check out how Central City comes to his aid this issue). Hell, even just his costume is cool and iconic. But Barry Allen’s greatest asset has always been his optimism and sense of hope. Writer Josh Williamson as seemed bound and determined for awhile now to have Barry lose that sense of positivity, to the point that just reading Flash has felt like a chore. As of this issue, though, it seems a little more apparent that bringing Barry low has been by design this whole time, so that ultimately he can have his glorious return to form moment with a bang.

Not that the journey to get to this point has been without hiccups. Williamson can’t seem to get past his love of the new Forces he’s cooked up, to the point that they’ve been shoehorned into “Flash Year One” even though it’s set in the past (and check out the Scott Kolins-pencilled backup feature here to see how they factor into the present as well). He introduced time-travel as a concept far too soon in the Flash’s evolution, and in doing so sidestepped the entire concept of a back-to-basics approach for our hero under the Year One banner. But none of that detracts from the fact that when it really, really counted for the climax of this issue, Williamson hit a home run, and had the Flash save the day using his head, his heart, and his powers – and he did so with a smile on his face.

That’s how you write the Flash.

This issue is, ultimately, a celebration of what makes the Flash great. It tips its hat to the future in more than one place, and rejiggers the timeline enough to restore a sense of grandeur to Barry’s past. It cements his relationship with Iris, sets both Wally and Wallace up for their roles to come, and – in a back-up feature that ties into “Year of the Villain” – reminds us that our hero has one of the best rogues galleries in comics. The art by Howard Porter is slam-bang as usual (he’ll be sorely missed until he inevitably comes back) and I do wish the so-called “Avatar of the Sage Force,” Steadfast, had been kept at bay until next issue – but, given that he’s instrumental to restoring the Flash’s sense of hope and optimism, I can let that slide – but other than that, there isn’t much critical to say about this issue. It’s taken him awhile to get back on track (since issue 50, to be precise), but provided Williamson stays the course he’s plotted in this issue, I’d say he’s regained his footing on this title. Good on him. The Flash – and readers – deserve him at his best. 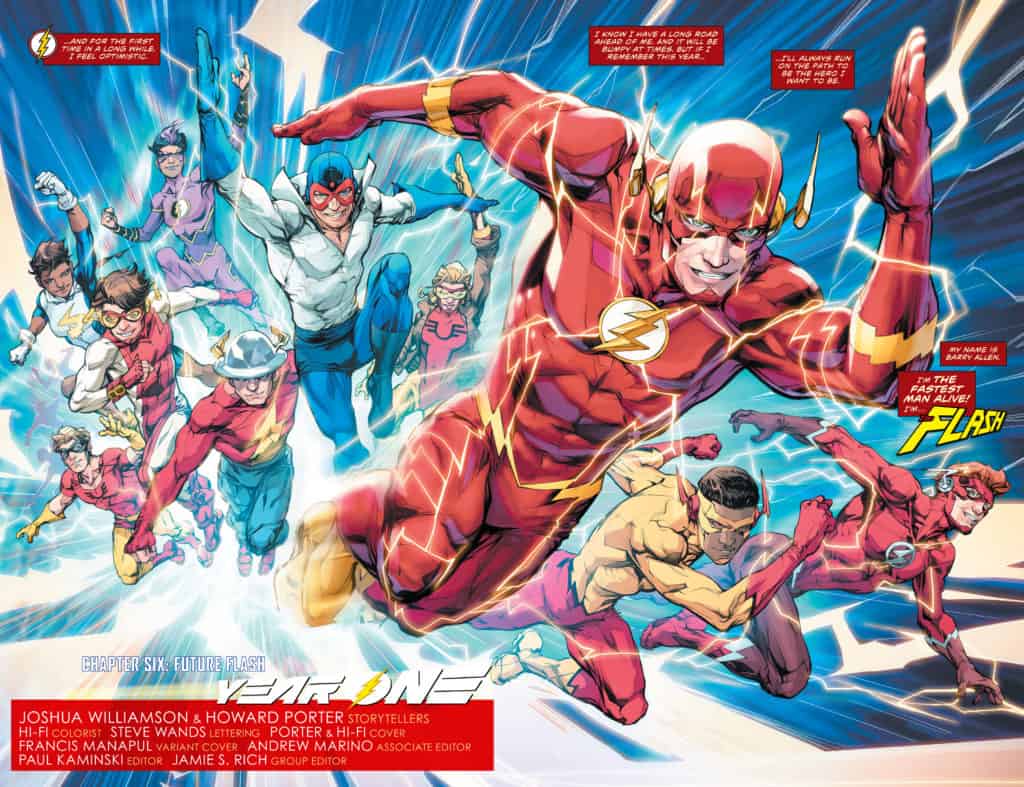 A celebration of what makes the Flash great, Flash #75 breathes new life into a title that had been stagnant for the last year or so.

The Flash #75: The Once and Future Flash