The Flash #76: The Kids are Alright 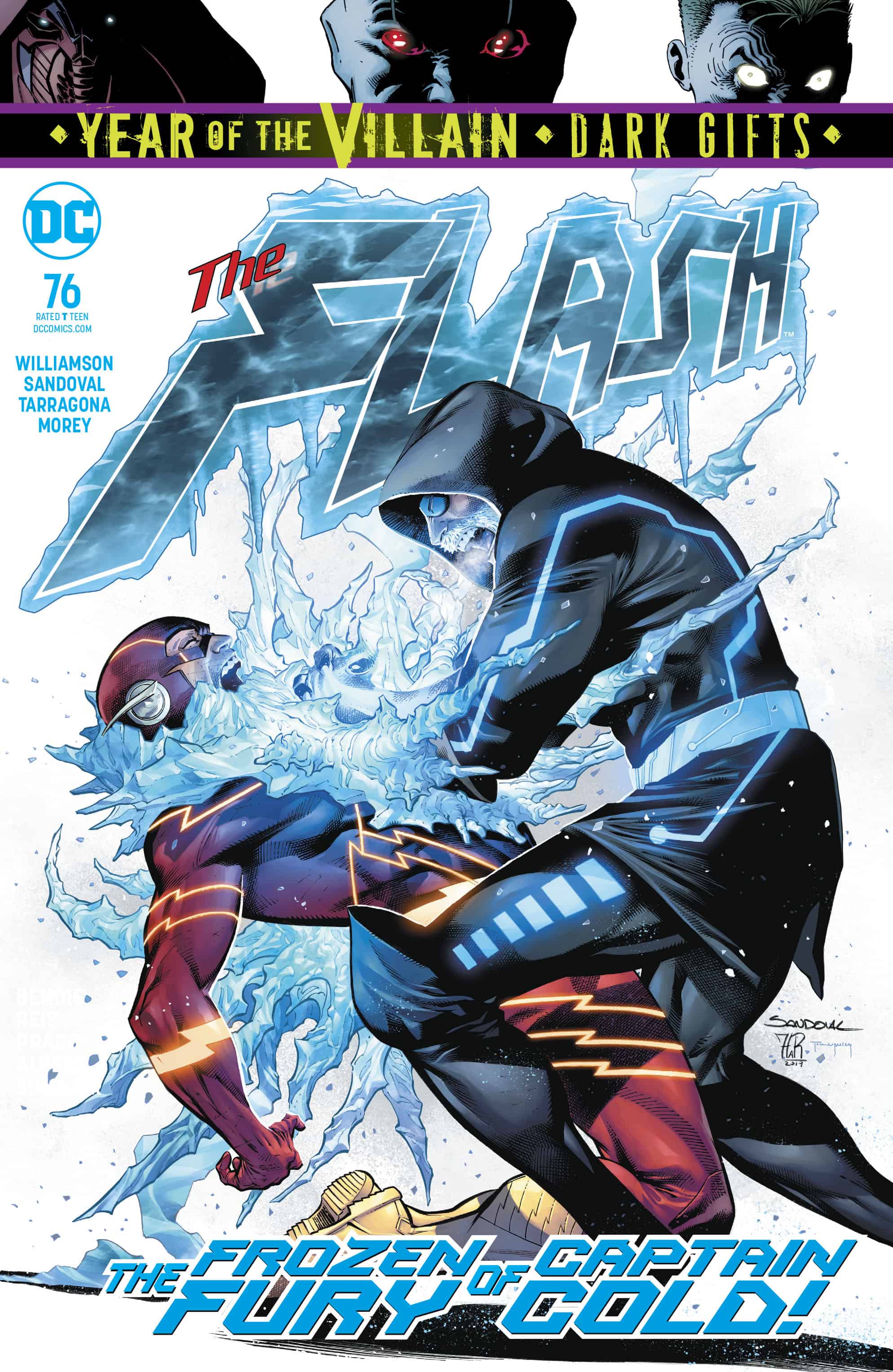 Having reconnected with his roots, the Flash embarks on a good-will tour to rebuild bridges he burned by his self-centered, past and rash actions. First stop: Kid Flash, who he finds teaming up with Avery against Tar Pit and Girder! 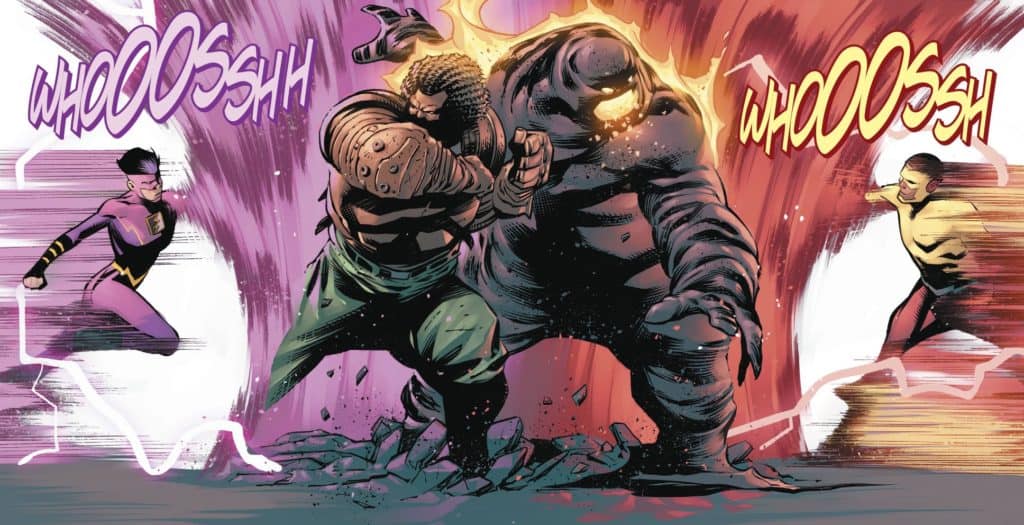 After lending some quick Flash Facts to defeat the dastardly duo, Barry attempts to broker peace with the embittered teens by revealing an awesome new Flash-Cave... er, Lab.

But all the olive branches and cool new secret labs can't hide the fact that something is going terribly wrong with the Speed Force... 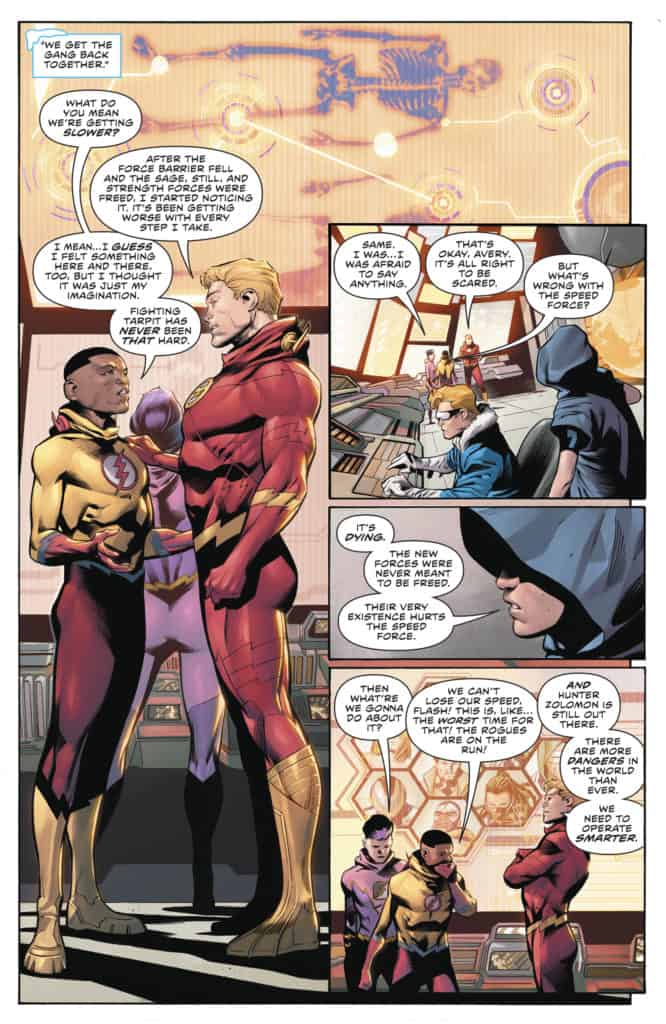 But before any plans can be put into motion to forestall what's happening, a VERY unexpected guest shows up... 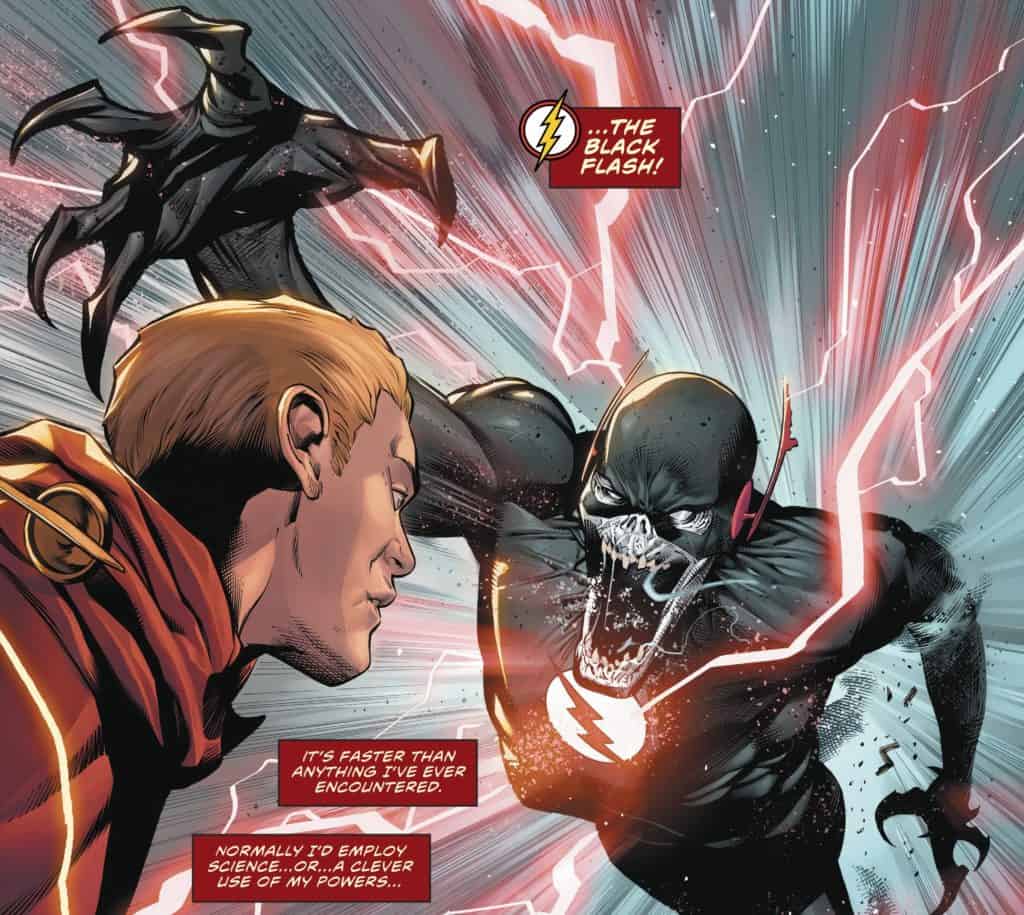 And if that weren't enough, on the other side of the world, two of Flash's oldest Rogues are plotting to get the band back together again, backed by Luthor's upgraded tech! 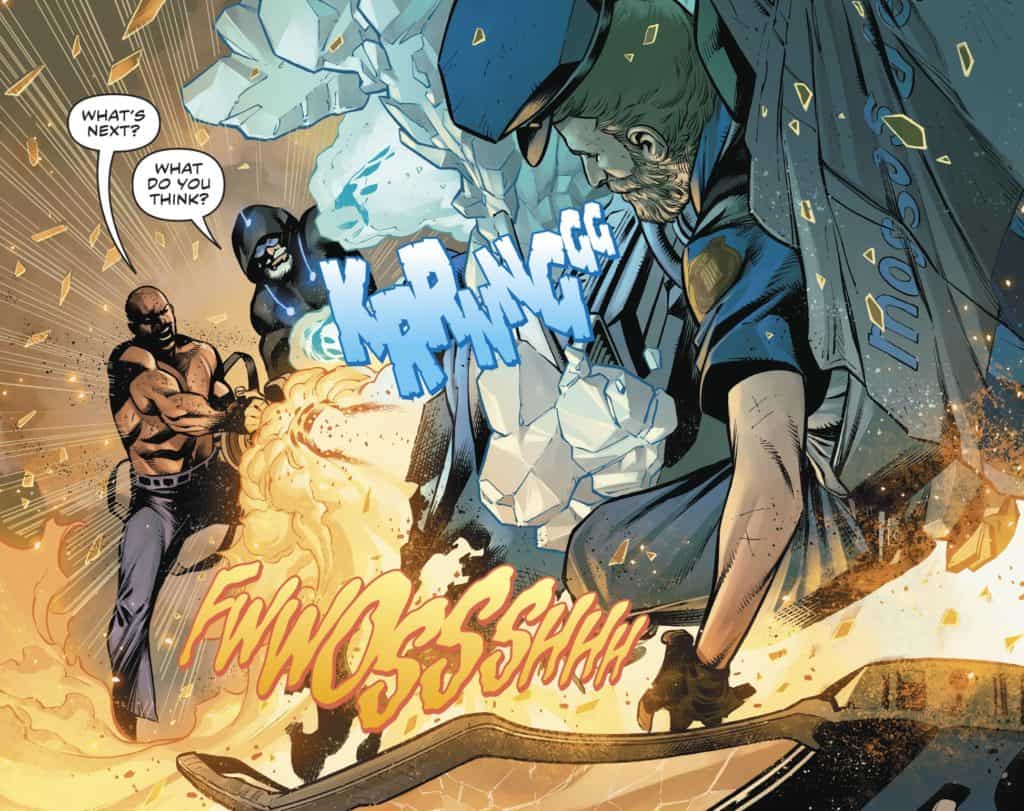 Despite a final page that assumes readers really, really care about a character introduced just last issue and only had minimal page time, Flash #76 does a good job of continuing to right the ship after the last year or so’s bad-to-middling output from writer Josh Williamson. The issue’s more or less fully character-oriented, with Barry doing his best to make up for his douchebaggery toward Wallace and Avery in the recent past. It feels legitimately Barry-esque, as opposed to the uniformly out-of-character behavior he’s had on display of late.

Which is good, because mopey Barry was a real drag, and was quickly killing interest in this book. I hesitate to say Williamson has had a plan in this regard – or at least, a good one, if it means spending a year alienating readers with bad character work – but if this is the next step in the arc, it’s a reassuring one. Flash feels like Flash again, at least insofar as Barry Allen is concerned.

Beyond the character work, the issue provides a lot of good set-up for moving the plot forward – onward and upward to the next stage in the saga of the new Forces. I wish it weren’t so dependent on new character Steadfast (dumb name), who looks like he bought his outfit at a Goodwill circa 1976. Time will tell if this latest addition to the cast proves interesting or merely a MacGuffin for Williamson’s ongoing New Forces opus.

Artistically, Rafa Sandoval is a solid follow-up to Howard Porter. Both artists have similar sensibilities, although Sandoval’s drawings occasionally look rushed and for whatever reason he seems to have difficulties rendering Flash’s mouth proportionate to his head underneath his cowl. The mouth looks slightly oversized! It only happens a couple of times, but it’s distracting and I know Sandoval is a better artist than that.

Writer Josh Williamson continues to return the Flash to true form in this engaging, lively installment. If you're a lapsed fan, now might be a good time to revisit the Fastest Man Alive. All signs point to positive gains going forward.

The Flash #76: The Kids are Alright