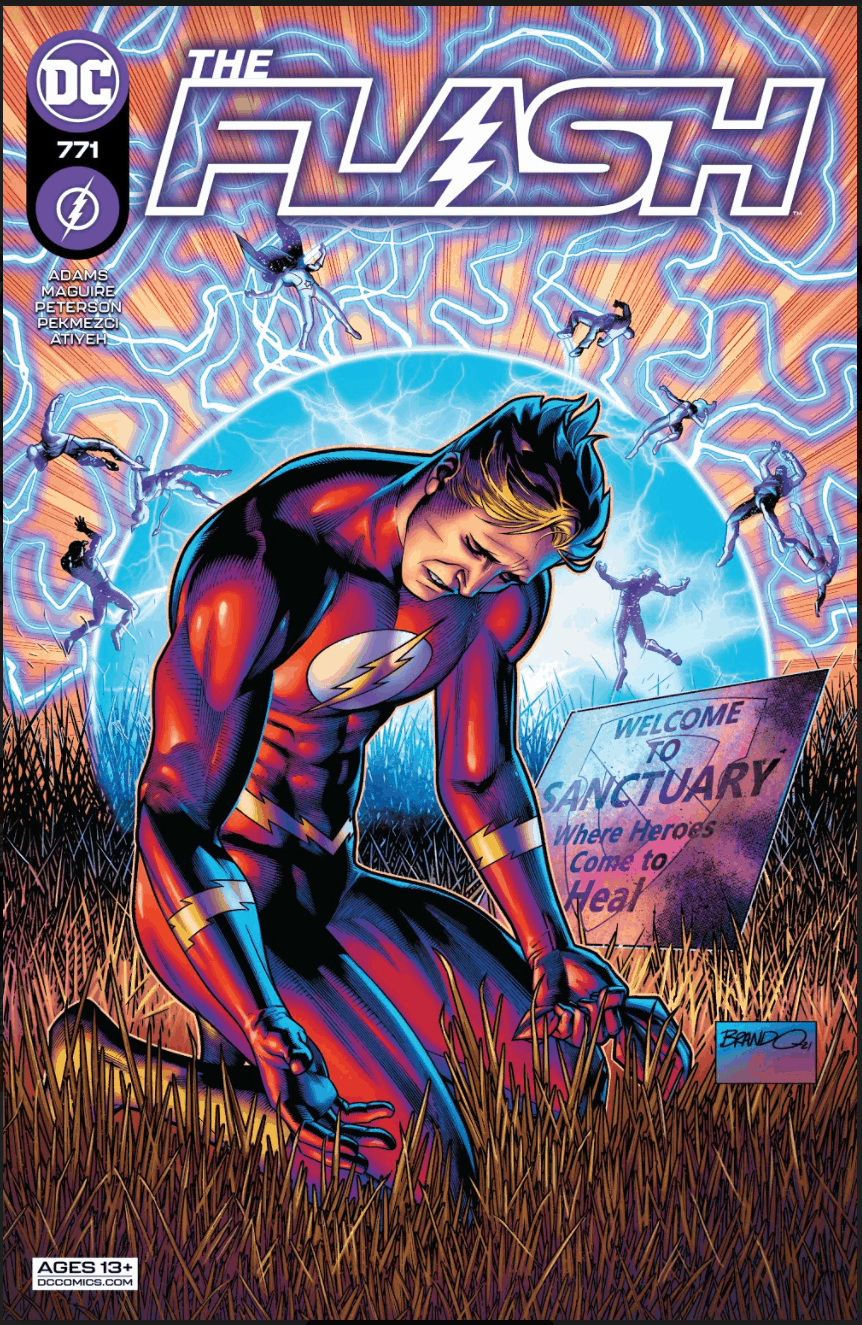 Wally West, still time-tossed by the Speed Force and inhabiting other speedsters' bodies, finds himself somewhere in the Omniverse, where the Legion of Doom meets one fine Saturday morning... 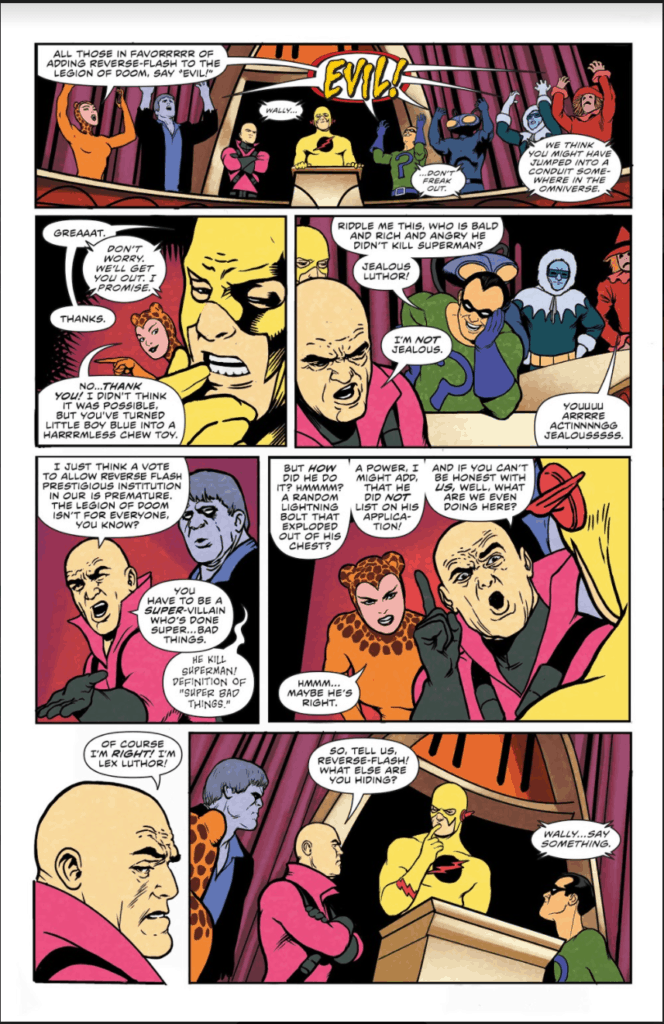 Buckle in, folks, because it's Super Friends time!

Flash #771 serves as a crucial pivot point for “Blink of an Eye,” one that I’m relieved writer Jeremy Adams has arrived at now rather than, say, spinning his wheels another two or three issues as Wally West bounces around inhabiting other speedsters’ bodies. After last issue – which did precisely that – I was worried that the narrative would be subverted by these shenanigans. Instead, Adams wisely moved the football forward and saved the best time jump for last: into the world of the Super Friends!

Revisiting the cherished throwback cartoon could have been a needless exercise in nostalgia, but instead, Adams chooses to lean into the show’s absurdities and foibles for maximum fun. Poking fun at Lex’s transparent jealousy or the observational nature of Riddler’s riddles in a loving way that doesn’t mock the show itself is a tricky needle to thread, but Adams manages to nail it. I laughed out loud no less than five times at the witty exchanges between characters, something that doesn’t happen often anymore for this jaded, gnarled old fan.

The issue’s real genius move, though, is the way Adams balances the clever fun of the first half with the emotional resonance of the second half. Wally winds up twenty years in the future, and shares a genuinely heartfelt moment with his grown daughter, Irey. (Dads of daughters everywhere, prepare thy hankies.) This is a moment I didn’t know I wanted as a reader, but Adams delivers it with such a measured touch that it’s impossible not to love.

The rotating cast of artists this issue could have backfired, but the way in which Adams stages the story makes it work seamlessly. By allowing each artist a single page to convey Wally jumping to another moment in the Omniverse, Adams both shows us how the story is progressing but also allows for a multiple artist situation to feel natural rather than gimmicky. (And – not for nothin’ – it feels absolutely great to see Max Mercury again, if only for a single page.) The art isn’t all seamless, though – Brandon Peterson continues to lean into bizarre uncanny valley tendencies –

– but for the most part, the transitions are clean and seamless. The real star, though, is the legendary Kevin Maguire, who manages to sand some edges off of his usual style for a fantastic approximation of the old Hanna-Barbera house style, while infusing it with his trademark expressions and knack for body language. It’s a real shame that editorial decided to hide the brilliant fun this issue has to offer behind a mopey, melodramatic Heroes in Crisis-referring cover (a story which approximately zero fans are eager to revisit), which conveys the exact opposite tone that Adams’ story has going for it.

In fact, the only real thing this issue has going against it is where it ultimately ends up: Wally back at the scene of the crime in HiC, his greatest sins laid bare before him. I suppose it was inevitable that with the return of Wally as the official star of The Flash that at some point that dumpster fire of a “story” would have to be addressed, but to have it run counter to both the heartfelt emotional weight of the Wally/Irey scene and the perfect fun of the Super Friends scenes is a miscalculation on Adams’ part, I think. Without revisiting this abortive moment in both Wally’s and DC’s history, this could have been a 10/10 flawless issue – as it stands, though, it’s a perfect issue that in the final calculation doesn’t quite stick the landing. Sometimes, though, that’s good enough. If you haven’t been reading Jeremy Adams’ run on Flash, or maybe just have been on the fence about the veracity of Wally’s return to the spotlight – this is the issue that will change your mind. Kudos to everyone involved.

Despite ending in a place most fans would rather forget, Flash #771 is a textbook example on how to balance fun with pathos in comics. If you've been on the fence about whether Wally could truly return to the spotlight in a way that didn't feel forced or cliched, this is the issue for you. And that's a Flash fact.