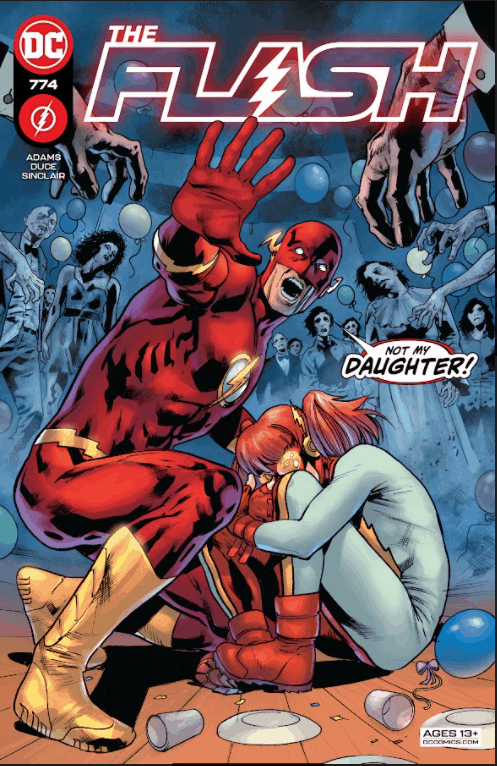 In "Dream Big," Wally struggles with balancing his anxieties over his daughter, Irey, growing up, with a supervillain attack. It's slice-of-life superheroics at their best!

I’ll get this out of the way up front: “Dream Big” isn’t the densest, most narratively rich story you’ll ever read. Its ending is way too pat; Irey West is more precocious than she probably ought to be; and the antagonist, one Dr. Nightmare, exists solely to move the plot forward.

All of those things are beside the point.

Since his return to his eponymous title as The Flash Proper, Wally West has been a family man first and a speedster second. And that’s the way it should be: Wally West, blue-collar hero; Wally West, everyman. It’s weird to think that Wally was on the forefront of DC truly trying to write Marvel-style superheroes post-Crisis, especially since he’d existed so man years prior, but because of that, Wally really is DC’s standard-bearer for “the hero that could be YOU!”. Paying the bills on time, worrying about his family, actually being present for his family, making it to work on time – these are all Wally West traits that his predecessor Barry Allen could never truly possess. This is due in large part to the fact that Barry was built in an era where DC didn’t consider these sorts of things; Wally’s second act was all about him being redefined as his own man struggling to figure out who he was in the towering shadow of his mentor. This allowed writers such as Mark Waid, Geoff Johns, Mike Baron, and William Messner-Loebs to really flex their character-first writing strengths in a way that DC hadn’t really seen fit to showcase before. Sure, their heroes had problems, but they were stereotypical superhero-y problems, like worrying that Lois might stumble onto Superman’s identity, et cetera.

All of that sets the stage for an issue like Flash #774 to truly succeed without the benefits of the strongest plot, per se. Watching Wally West fret over the fact that his little girl is growing up right before his eyes and faster than he’d really prefer is an insecurity all dads can relate to. That he ultimately accepts this in order to win the day against Dr. Nightmare and his pulled-from-the-subconscious nightmare menagerie is predictable but really beside the point: this is a tale about a dad who just happens to be a superhero struggling with the fact that his daughter is growing up whether he is ready to accept it or not. That’s it. No flashy (pardon the wordplay) gimmicks, no life-and-death end-of-the-world stakes, no drawn-out narrative stretched out over a year. One and done, lean and mean; a great character piece that any father can relate to. This is what a quietly great superhero yarn looks like.

Artist Christian Duce, for his part, plays right into the strengths of Adams’ script. Opting to keep our heroes in plainclothes for the duration, he hones in on the little telltale moments between Wally and Irey that convey subtle emotions best, focusing on body language and gestures that reveal far more about their relationship (particularly Wally’s protective insecurities) than would any lengthy, expository dialogue. Duce is one of those artists who can draw pretty much anything a writer throws at him, low- or high-concept, and exceed expectations, leading me to only ask, “Why doesn’t this guy get more credit?!” (Bonus: he gets to come up with some really wacky designs for the nightmare creatures, including a donut panda. A DONUT. PANDA.) Hi-Fi’s coloring atop Duce’s pencils and inks is top notch as well, as are Steve Wands’ always-reliable letters.