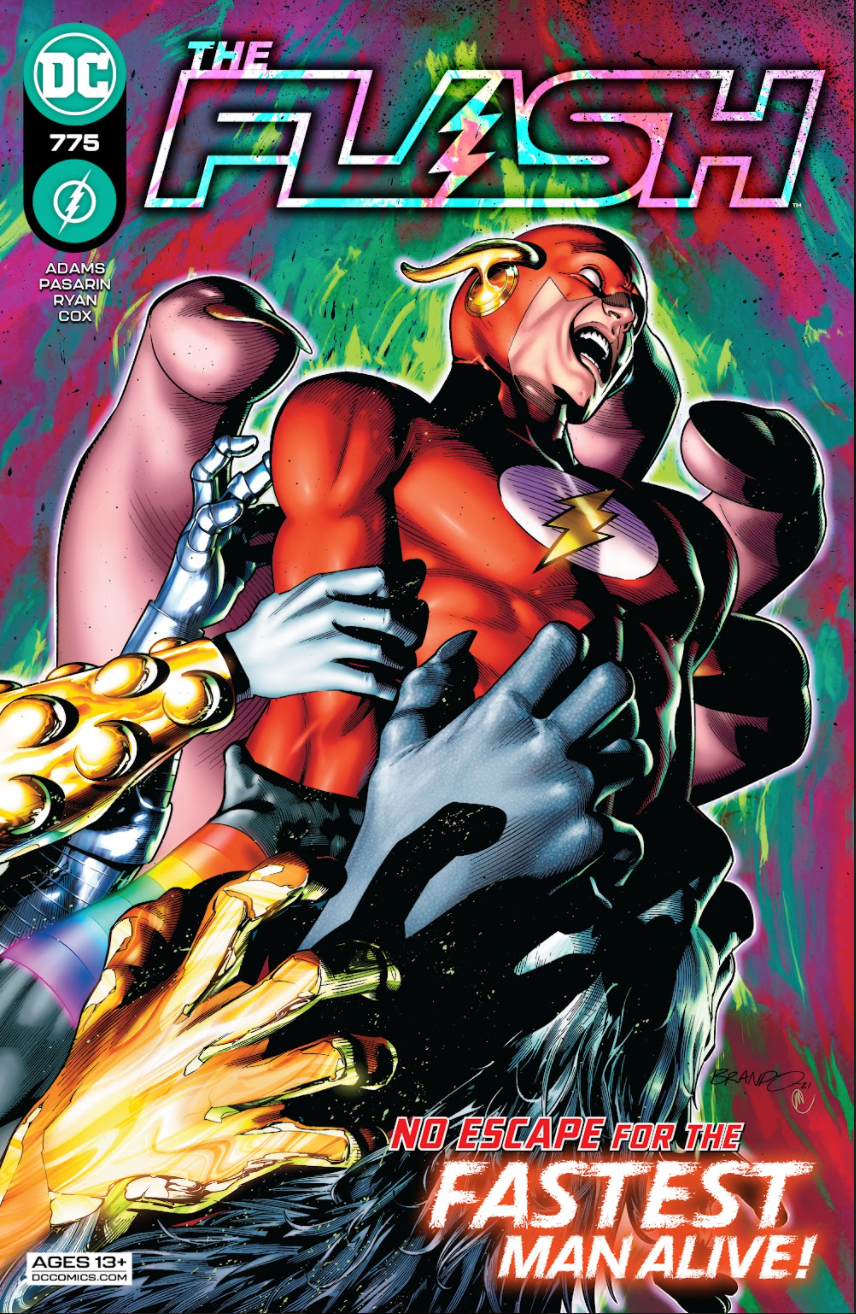 A space glaive has crash-landed in Central City, can't be moved, and is making everyone around it act like an asshat.

Just another day in the life of the Flash!

It’s a bird, it’s a plane, it’s… a Flash story that doesn’t involve other speedsters and/or the Speed Force!

And not a one-and-done, either. “Beacon of Hate” could technically be done with any number of other heroes, but because it involves the Flash, it stands out due to the dearth of Speed Force-centric stories in recent years. And, by Crom… it’s fun! There’s nothing not fun about a big ol’ space weapon making everyone act like a giant jerk, and Wally having to figure out the why of it. Especially when not even Superman can move the earth-stuck weapon.

What follows is a good old-fashioned superhero hootenanny that doesn’t involve altering the fabric of reality, the end of existence, or any other high stakes nonsense. Insofar as it can be, “Beacon of Hate” is actually a relatively grounded story, despite the cosmic MacGuffins and a small legion of supervillains. What do you do when the world turns against you? When everyone thinks you’re the jerk, the screw-up, the loser? Again – you could probably plug Nightwing, Black Canary, Wonder Woman, or any other superhero into this issue and it would ostensibly work – but the fact that it’s the Flash proves that writer Jeremy Adams’ back-to-basics approach since taking over Wally’s adventures is absolutely spot-on. And working wonders.

The Flash has long been trapped in a loop of super high stakes and a constant array of speed-based supporting characters and villains. And while that’s fine for awhile, it can quickly become tedious. How many times can the Speed Force be threatened, after all? The absolute smartest thing Adams has done since taking over this title is bringing the Flash back down to Earth and reminding us that he’s actually a pretty blue-collar, relatable guy. (All of this hinges on the far-overdue return to Wally West to the spotlight, as the one and only Flash. Of course.)

So, “Beacon of Hate” is a cool mystery, a pleasurable romp, and a genuine amount of fun. How ’bout that art? Fernando Pasarin conveys motion well (obviously crucial when drawing the Flash), though his characters tend a hair toward stiffness when not on the move. This is a pretty minor wrinkle, though, as he clearly has a mastery of anatomy and knows how to draw the heck out of a charging gang of supervillains! There’s a wonderful double-spread to this effect. The art reminds me quite a lot of a really strong ’00s superhero art sensibility, all tied up in a sweet bow by Matt Ryan’s smooth inks and Jeromy Cox’s dynamic coloring. Brandon Peterson’s astonishing cover does NOT disappoint, as his own coloring game is as jaw-dropping as ever.

However, I would be remiss if I didn’t make special mention of unsung lettering hero Steve Wands. Wands recently confirmed on Twitter that this issue would be his last, and he gives his usual professional, awesome best. Wands is a consummate professional, always making his deadlines, and always bringing a particularly strong sensibility to his lettering art. There’s never a balloon out of place, and his meticulous use of varying fonts always fit their various characters perfectly. This issue’s surprise villain is a testament to that. Wands has been with the Scarlet Speedster for several years now, and has always given his all. So long, Mr. Wands, and thanks for all the lettering fish. May your future endeavors be as fruitful as your tenure here has been.

Flash #775 continues Jeremy Adams' back-to-basics reinvigoration of the Scarlet Speedster with his run's strongest issue to date. Find out what all the fuss is about!