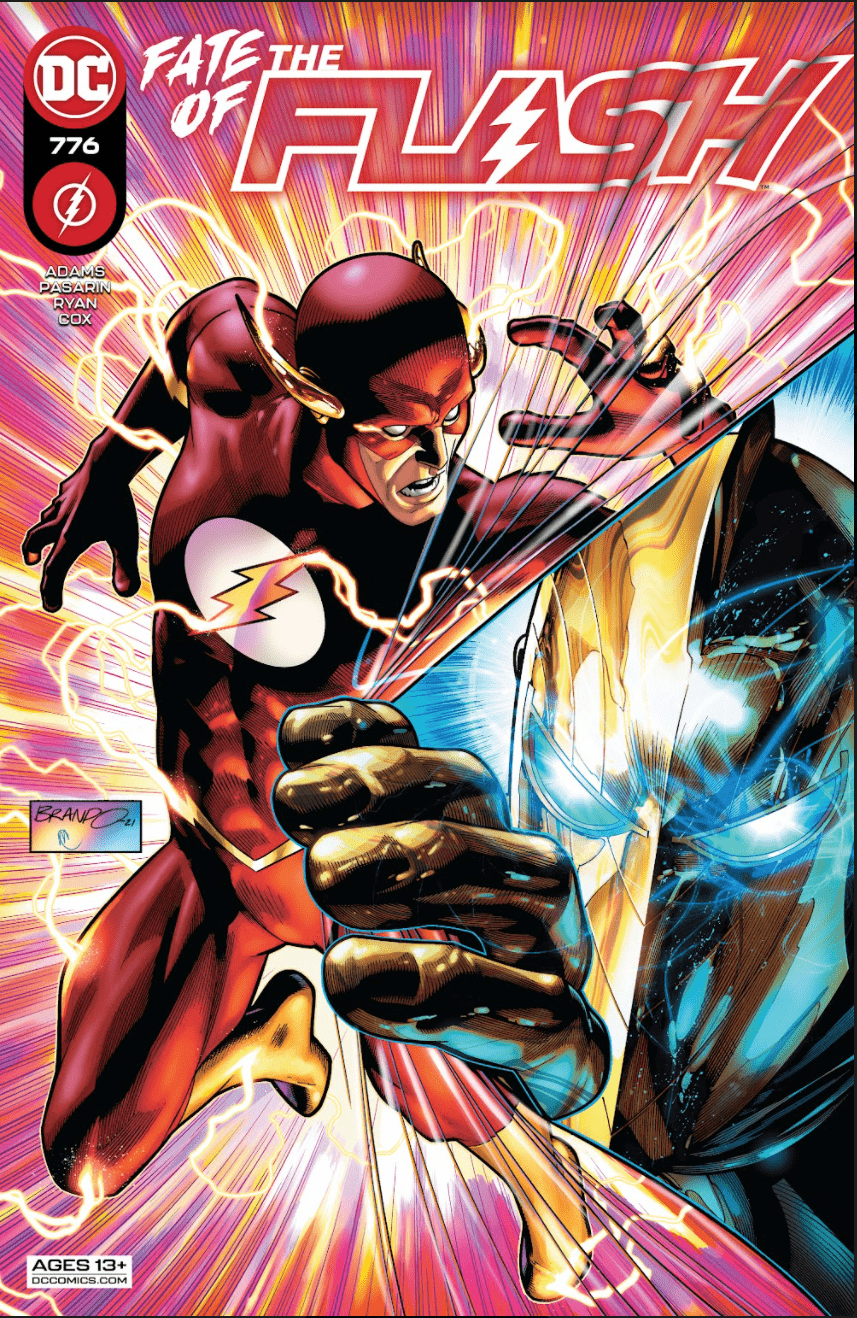 There's no easy way to say this... 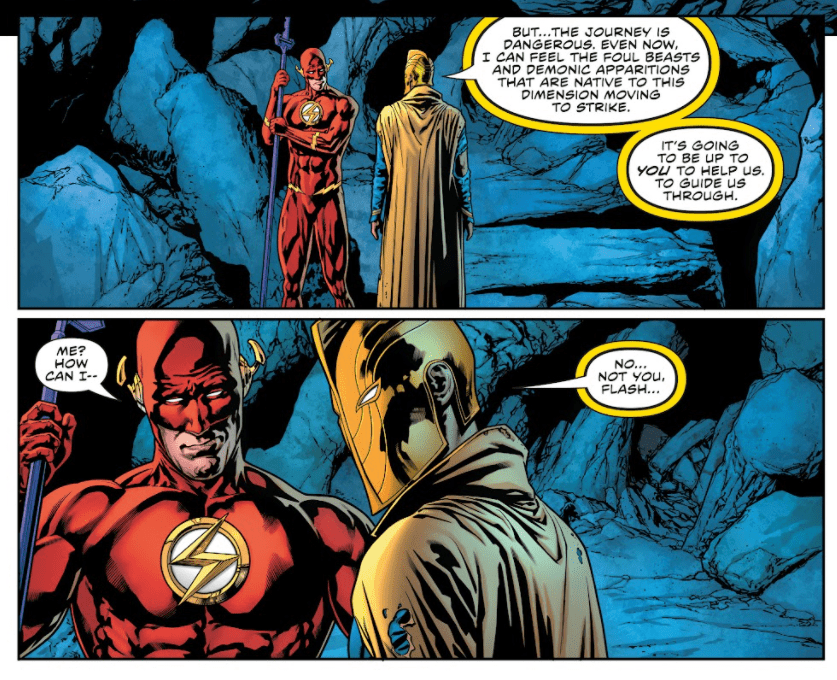 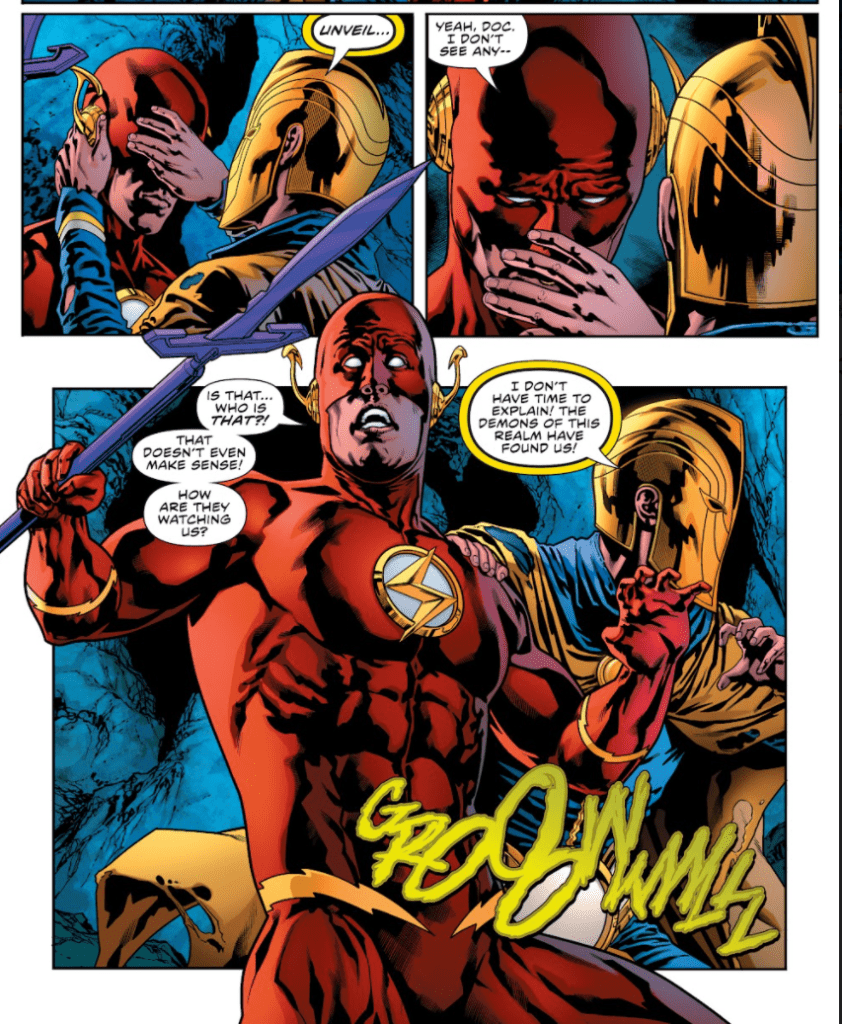 Not since the heyday of Animal Man has such a meta attempt in superheroics been attempted (probably)!

Writer Jeremy Adams puts readers in control, as the Flash and Dr. Fate must break the fourth wall to get as much help as possible in fending off the marauding hordes of the second dimension. Turn the comic clockwise, counter-clockwise, upside-down — just make sure you’re following the directions, folks, or it could spell DOOM for the heroes!

All histrionics aside, Flash #776 is an absolute joy to engage in. You don’t just read this comic – you experience it. Adams’ Flash tenure has been an utter blast so far (10/10 Wally West fans would recommend), but there was nothing to really indicate he had any Morrisonian tricks like this up his sleeve. Sure, there’s not a whole lot of actual plot, but that’s completely beside the point. The point is the comic in and of itself as a tactile experience, an immersive journey from start to finish. It’s an experiment, true, and not necessarily the first time the Flash has dabbled in breaking the fourth wall… 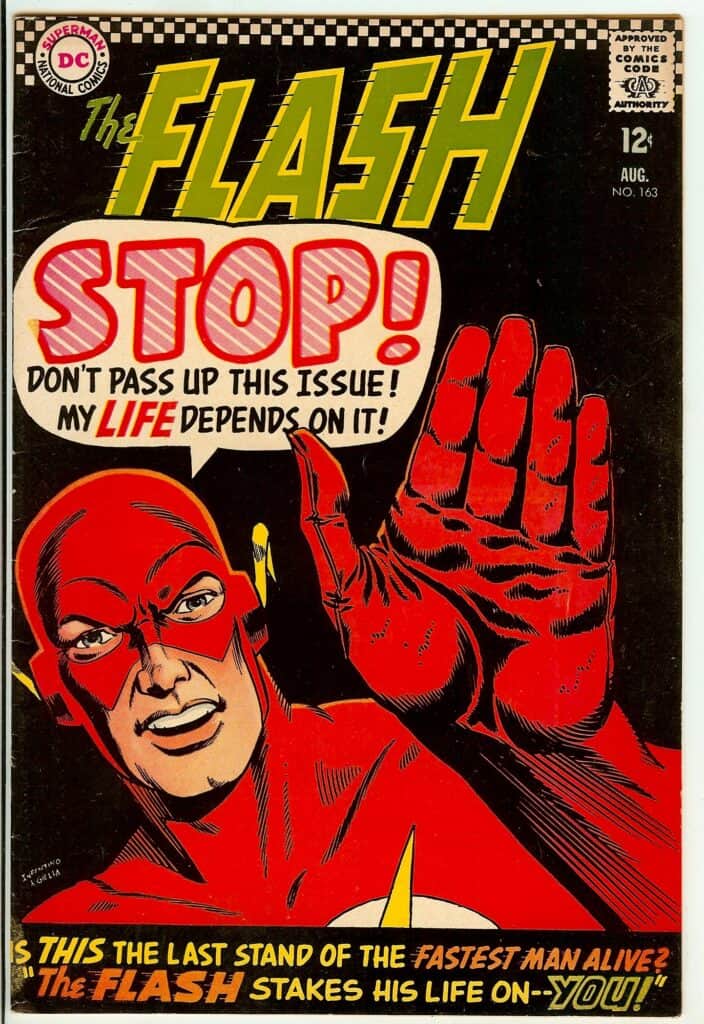 …but it’s a distinctly modern homage to a classic. To take that a step further, DC has a pretty long-standing tradition of involving readers or the “real” world as part of its ever-expanding metaverse. But it’s always special when it happens, as it should be: if occurrences like this were happening left and right with wild abandon, they’d lose their specialness. Cynics might call them gimmicks; I call them the some of the purest love letters to comics, fandom, and the unending interconnectivity between the two.

Fernando Pasarin unveils new depths to his talents in rendering Adams’ script. This entire experiment could have collapsed without a suitably imaginative artist on board, and Pasarin is more than up to the challenge. Up, down, left, right – Pasarin answers Adams’ call with a game mentality that takes what could have been an incomprehensible read and makes it every bit as readable as any other comic. Matt Ryan’s heavy inks suit the story well, since it takes place in a quasi-demon dimension, where only the blackest of blacks can appropriately carry the gloom. Jeromy Cox’s colors are a great study in contrast, too: Fate and Flash are bright, heroic, bold; they stand opposed to the literal forces of darkness in a way that makes them feel even larger-than-life than they already are. Also noteworthy is Rob Leigh’s lettering: just like the pencil art, his lettering art could have rendered the story incomprehensible if he’d rendered just one balloon in the wrong manner. Instead, Leigh proves why he’s one of the industry’s most trusted lettering talents.

This comic is no fluke. It’s the work of a team of creators not only at the top of their game, but working in perfect concert, too, to craft something wholly unique. We readers should only be so lucky to see more of their kind.

Flash #776 is an extraordinarily fun read. It's meta, it's immersive, it's everything you could possibly want in a comic. Even if you don't read Flash regularly, anyone who loves comics needs to pick this issue up.