Vengeance is Mine! Part 2 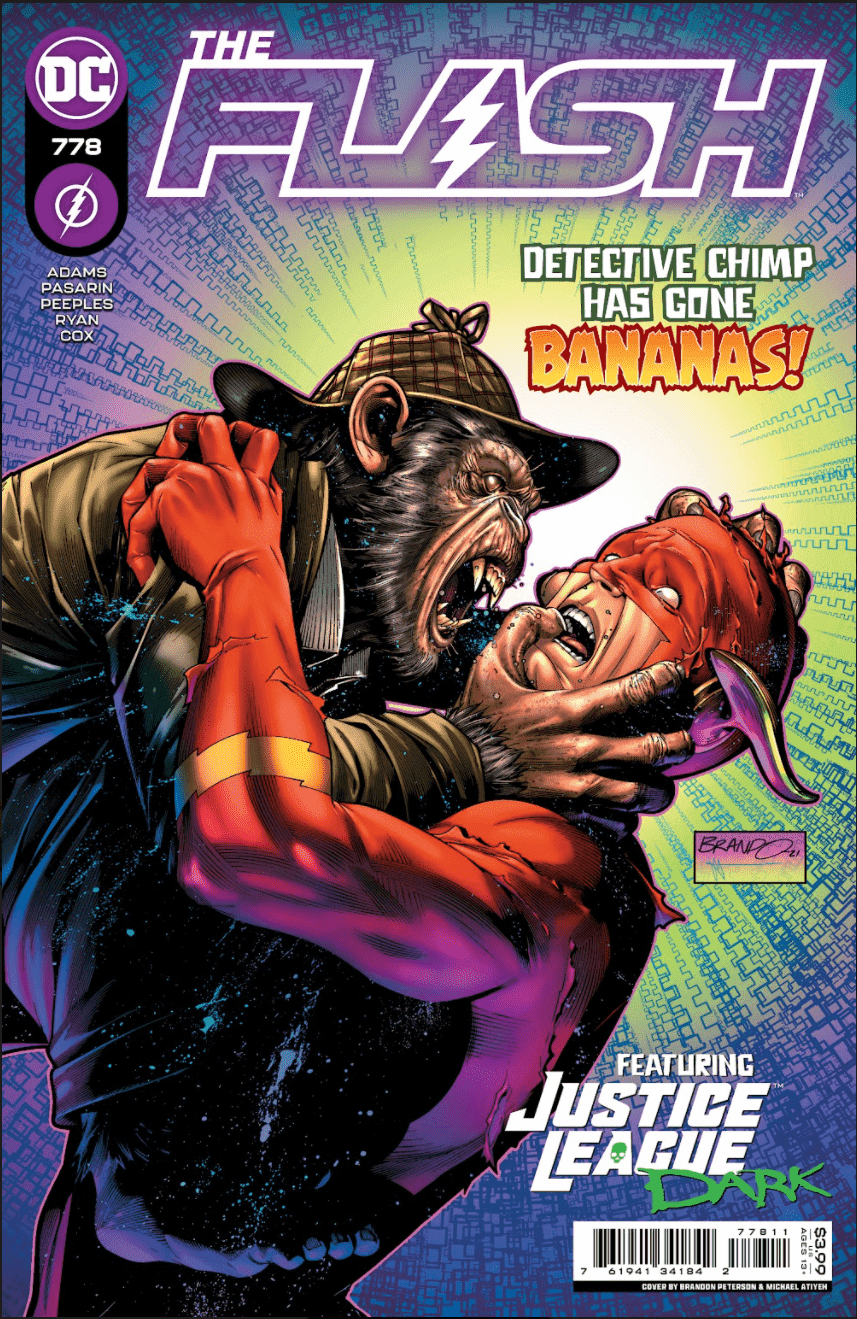 In "Vengeance is Mine!" part two, things get worse on both fronts: in Gemworld, Flash is surrounded and outnumbered by an Eclipso-possessed Justice League Dark... and back on Earth, Irey and Jai are sucked into an adventure of their own against some most unexpected supervillains!

After Justice League Dark‘s abrupt cancellation at the end of 2020 in advance of DC’s big post-Future State realignment, the team keeps getting kicked around and relegated to back-ups and background and guest-shots. After a far-too-drawn-out backup run in Justice League, the team shows up in Flash – which should be great, if only they weren’t just puppets of Eclipso for the Flash to fight. And fight he does – and makes relatively quick work of them, all things considered, right up until the point that he doesn’t.

Unfortunately, this issue of Flash falls into last issue’s pit of feeling exceedingly out of place amid Jeremy Adams’ otherwise-superb run. It’s not that the Flash and magic can’t mix (though they seldom do), but given the former’s science-infused history, it’s an odd couple. Sometimes that’s a great thing, and readers get a fish-out-of-water story. Other times, like this one, though, the best of intentions just fall flat.

The biggest culprit of this feeling, I think, is that there’s at once too much and too little going on. For the Flash’s part of the story (the issue’s narrative is bifurcated between this and the misadventures of Wally’s kids), there’s Eclipso, Gemworld, and evil wizard from Gemworld, and the whole dang Justice League Dark. That’s a lot of pieces to balance – yet instead of feeling dense, there’s remarkably little happening. Flash is out of his element, fighting friends, getting betrayed, and stuck in a foreign land. But everything plays out with such a straightforward execution that nothing is ever really fleshed out. Which is too bad, because fish-out-of-water stories always have the potential to reveal something new about their protagonists.

On the flipside, Irey and Jai’s misadventure with being kidnapped by ne’er-do-wells Shimmer and Mammoth leads to what could have been an extremely intriguing story alluding to human trafficking – but instead, it wraps up far too easily, the execution landing somewhere beyond Home Alone but falling short of The Lord of the Flies. Writing super-stories with kids as protagonists is always an iffy prospect at best: put the kids in too much danger and the tone lands wrong (see: Power Pack versus Sabretooth); have them triumph too easily and the stakes are never convincing. Jai and Irey’s tale wraps up with an ease that falls into the latter category, and then for no apparent reason, dovetails into Wally’s story. I’m unopposed to Jai and Irey having adventures without their dad around, but it seems like a disservice to them that their own agency is given then so swiftly taken away by having their climax shunted into Wally’s tale.

The art this issue is a mixed bag, too. Both Fernando Pasarin’s and Brent Peeples’ styles are fine, strong, and get the job done – but it’s a bit jarring that the issue “needed” two different pencillers.  Just because part of the story takes place in Gemworld and the other on Earth doesn’t mean there has to be two different artists, and the shift in style is a bit jarring. It’s just unnecessary to be charitable; likewise, giving Peeples two different colorists for his pages creates the feeling altogether that perhaps there were some deadline concerns behind the scenes when it came time to getting this issue out on time. Whatever the case, artistically, this month’s issue of The Flash simply doesn’t equal the sum of its parts.

Flash #778 continues to feel like a story that belonged in another comic somehow wandered into this one, and lost its own sense of purpose along the way. Having a small army of artists doesn't help with what feels like an already-unfocused narrative. I don't want to sound ungrateful as this is absolutely the best Flash readers have had in years, but something about "Vengeance is Mine!" simply isn't clicking.