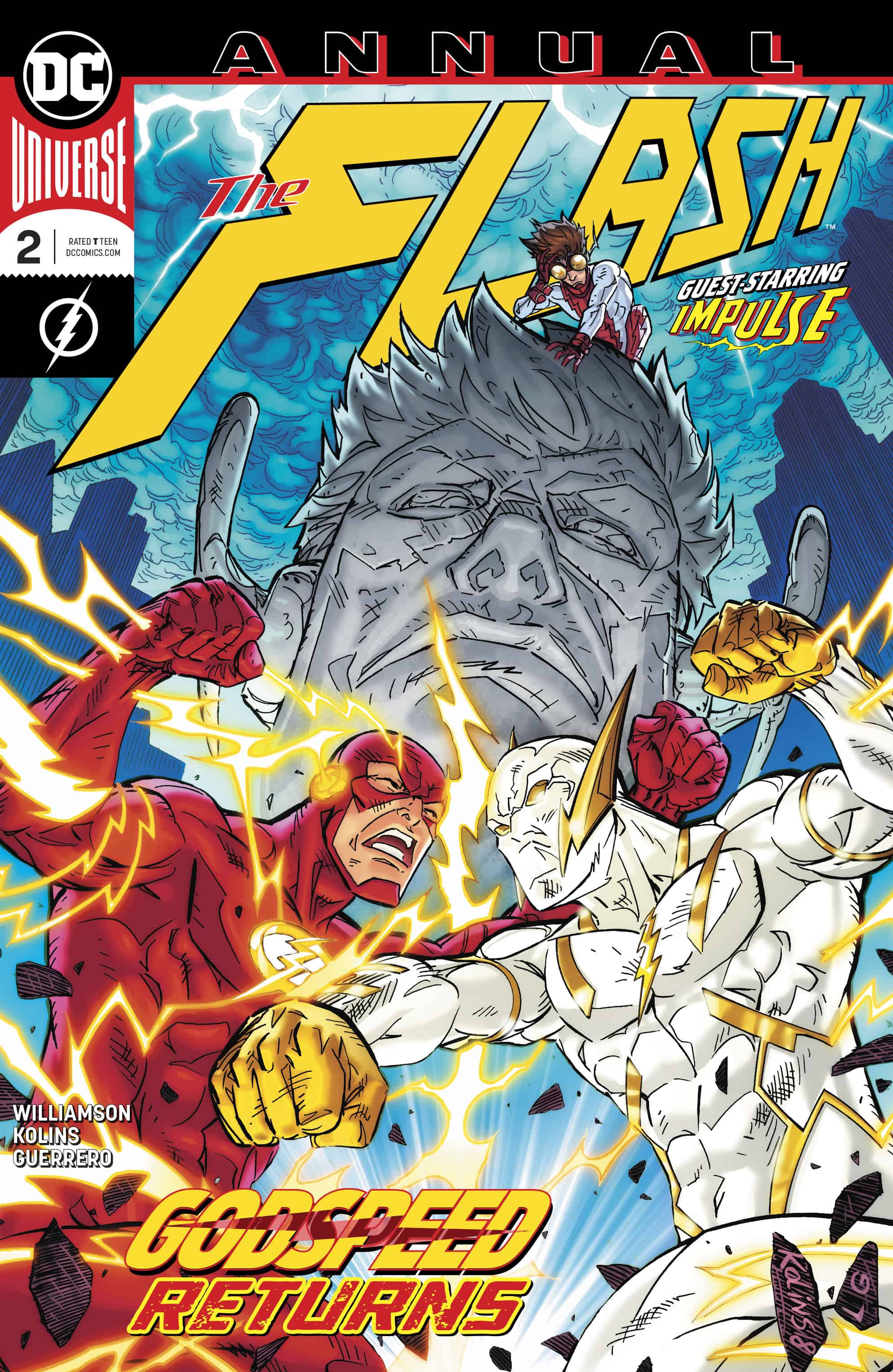 A HEROES IN CRISIS tie-in! In Barry’s grief and guilt following Wally West’s death at Sanctuary, he refuses to divulge the heartbreaking news to the rest of the Flash family until he’s searched every corner of the globe for his former partner— including inside the Speed Force itself. But his journey into the heart of all speedster powers inadvertently triggers the release of his long-lost ally Godspeed! And when Godspeed immediately races off to attack Kid Flash Wallace West, Barry must hunt his former friend and check in on his fellow speedsters. What is Godspeed planning and what does he want with the rest of the Flash Family? Can Barry protect everyone after he couldn’t save Wally? With a heart-wrenching appearance from Wally’s former sidekick, the recently returned Bart Allen, this annual is an absolute can’t-miss for all Flash fans! (From www.dccomics.com) 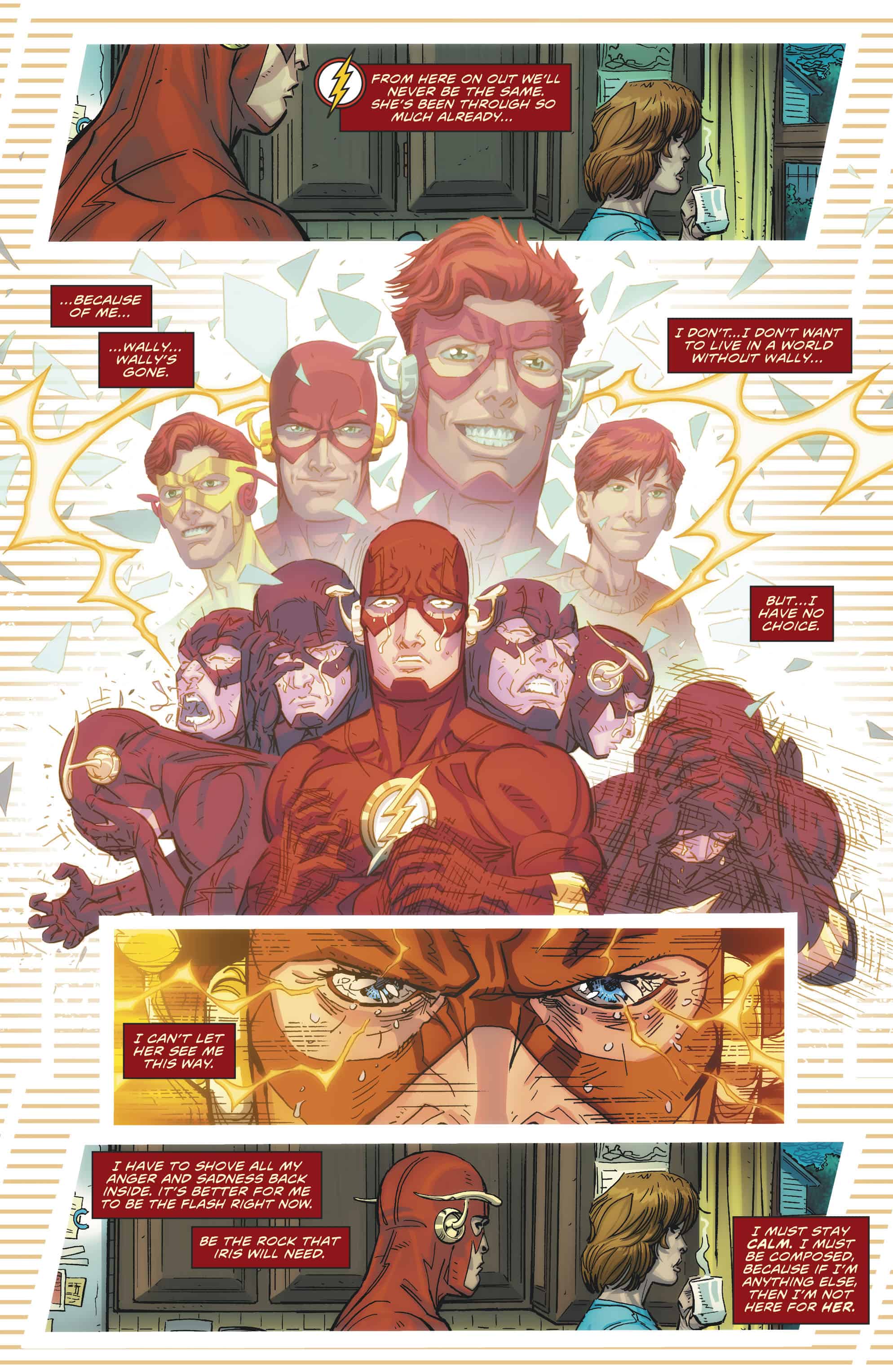 Billed as a Heroes in Crisis tie-in, Flash Annual #2 is yet another book full of setup and no payoff, which feels as if that has become Williamson’s hallmark since the end of “Flash War”. We see the return of Bart and his brief moments before emerging in Young Justice but no real answers about where Bart has been aside from “inside the Speed Force” where apparently all pre-Flashpoint memories are preserved. 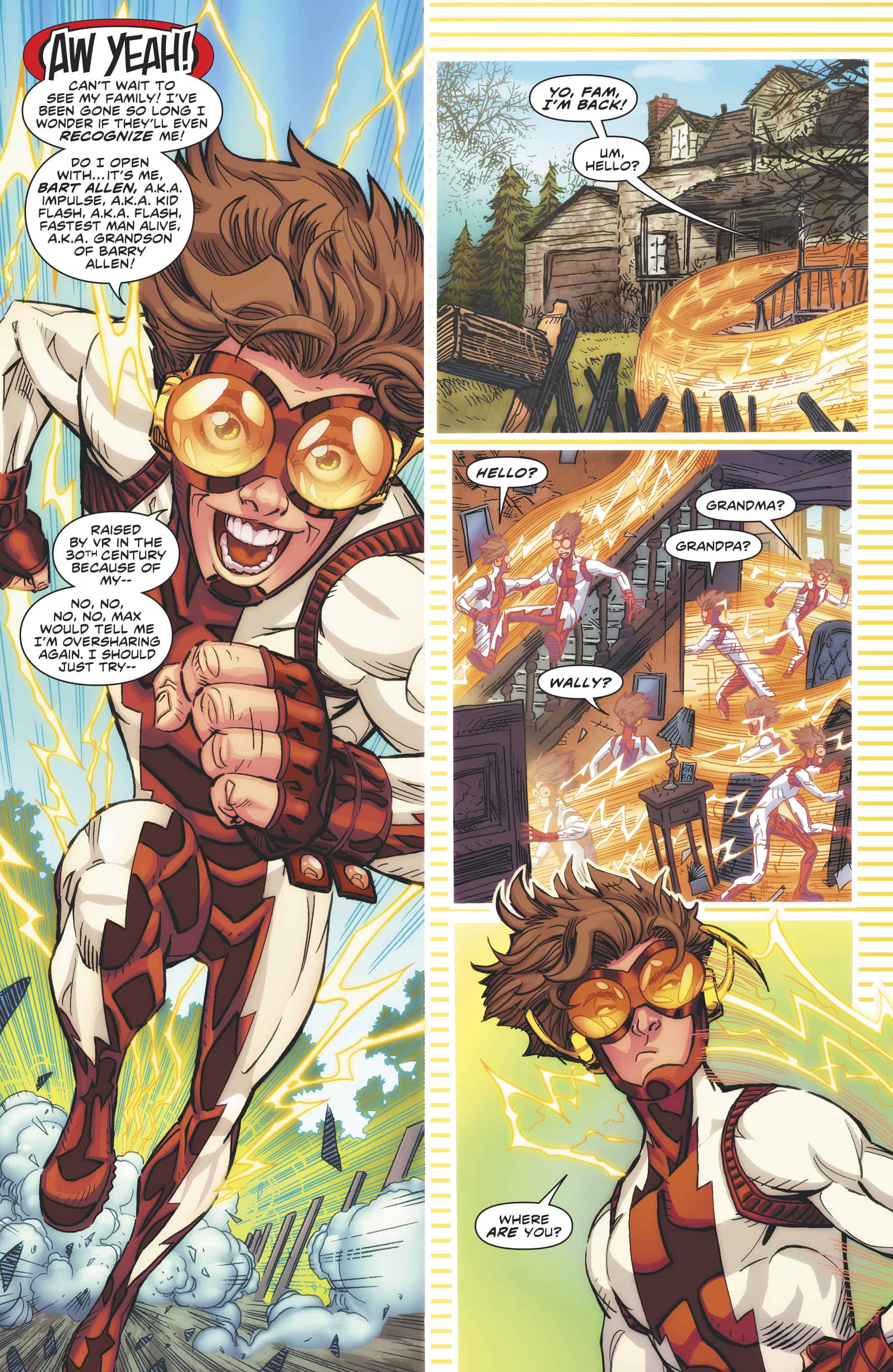 The Godspeed angle serves as a reminder that the only denizen of Iron Heights in the 25th century was freed during “Flash War” but we are no closer to discovering said “villain’s” identity outside of a connection to Godspeed and the Speed Force. 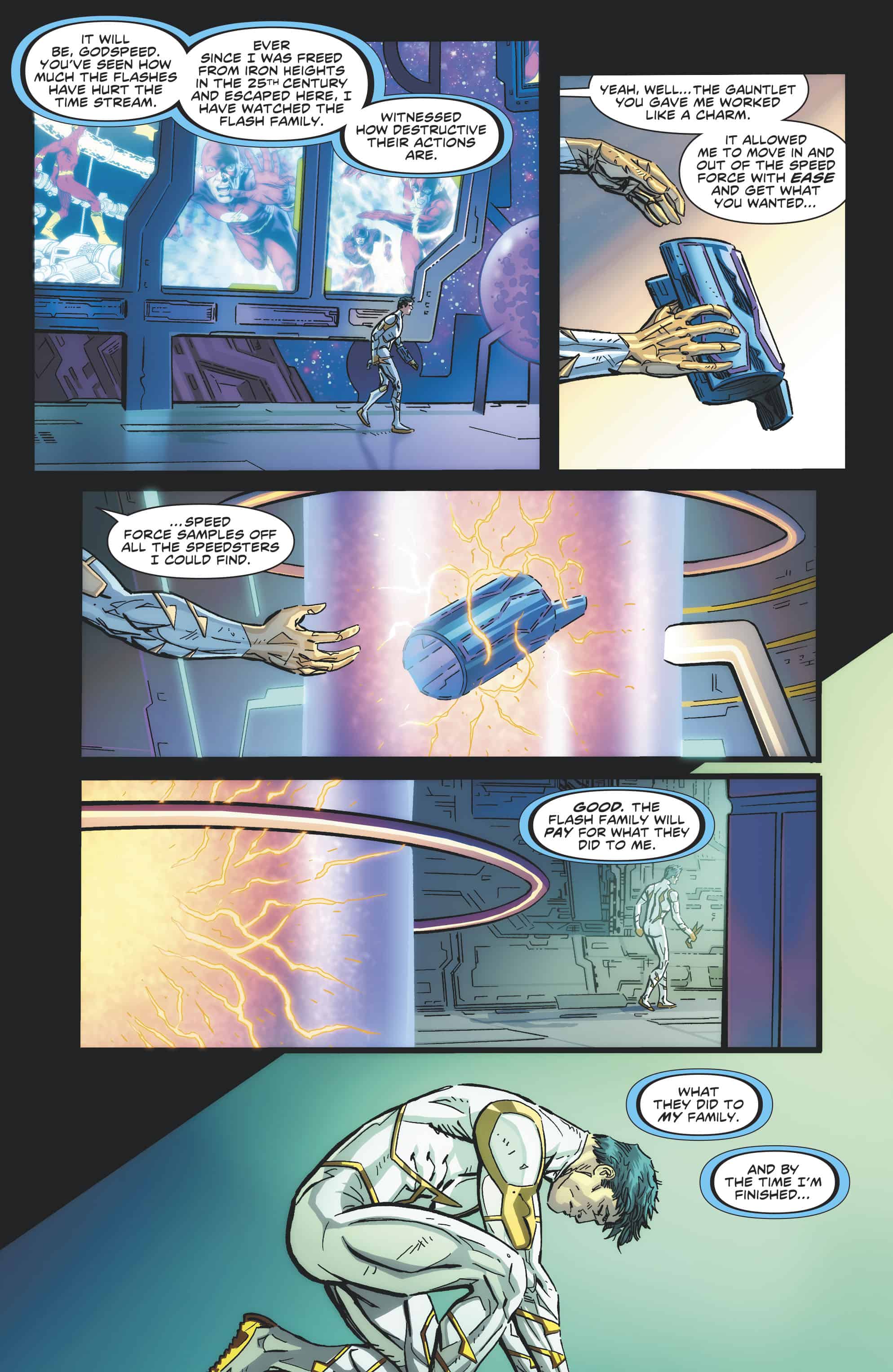 The art by Kolins was painful at times, middling at other times. There were even a few moments where it was beautiful, such as Barry at Sanctuary and later holding Iris after breaking the news to her. The wild inconsistency is maddening.

Billed as a "must read" for Flash fans, Flash Annual #2 plays on questions unanswered while failing to deliver any real substance.