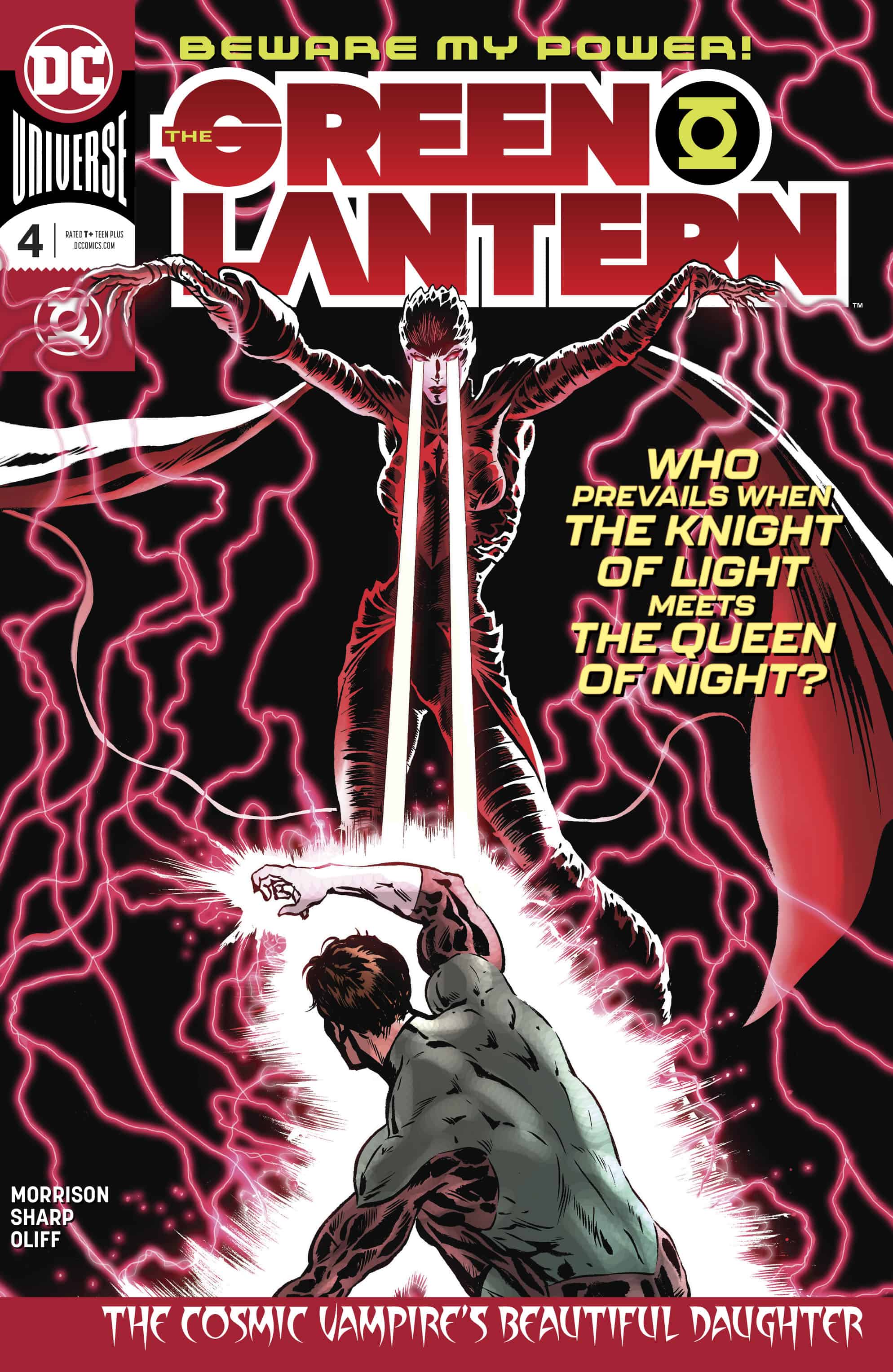 A pair of rogue Sun Eaters bred for hostility have been unleashed, only the Green Lanterns can stop them! Meanwhile Hal is the subject of a disciplinary hearing due to the end of last issue. 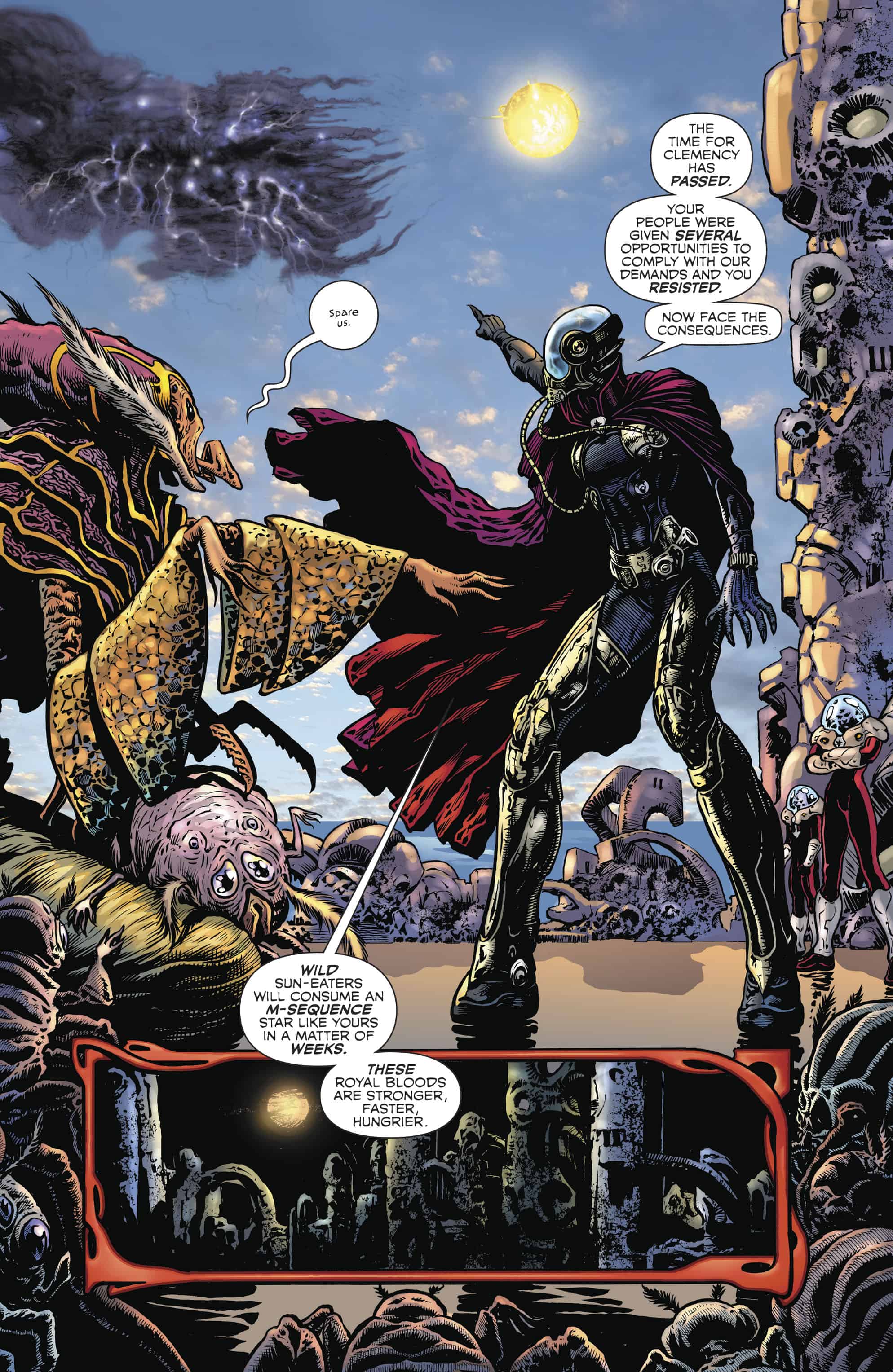 I generally do reviews spoiler free but I didn’t think i could adequately break down my thoughts on the issue without revealing some plot points from last issue and discussing the end of this issue.

Obviously the fallout from Hal’s very out of character murder of a suspect in custody is the elephant in the room, and is very easily explained given Hal attempting to join the Blackstars at the end. Morrison is clearly setting Hal up undercover in a Donnie Brasco/ Serpico/ Leo in Departed style story that we’ve seen elsewhere in police and organized crime movies over the years. Obviously the murder last issue was staged for a phony disciplinary hearing resulting in Hal being dismissed for being “too extreme” which would naturally set him up to throw in with the Darkstars. Clearly the ring he gave up when he threw in is a listening device or tracker of some sort and my theory is either he’s gonna join them or he’s functioning as a trojan horse to get that ring to Controller Mu. As of now it seems weirdly pedestrian for Morrison so I’m prepared to possibly be wrong, or for good ole Gmo to flip the well known trope on it’s ear. 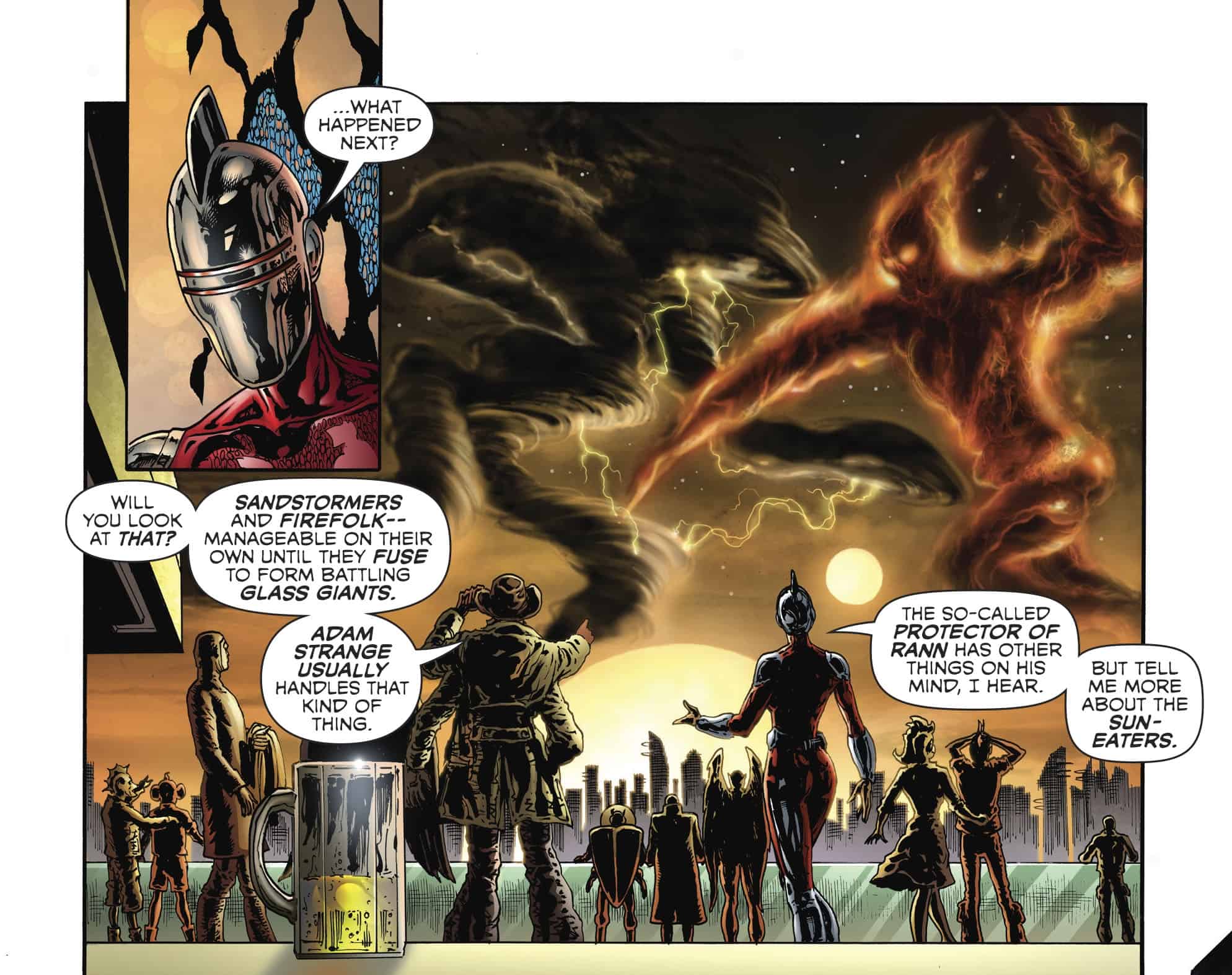 Obviously all of this eclipses (ha, star pun) the bulk of the story involving the rogue sun eaters, I wouldn’t be surprised if these captured Solar System killers come into play later especially with the Blackstars equipment being based on Killer Star.

The art by Liam Sharp is getting better and better, this issue is easily the best in the series, which is saying something. I loved seeing a bit of construct action this issue and the colors by Steve Oliff were breathtaking in a lot of the lighting effects employed. I also noticed a couple excellent letter effects by comic watch letterer of the year Tom Orzechowski! Look at the panel below, killer line work, colors and that OFF! really pops off the page! 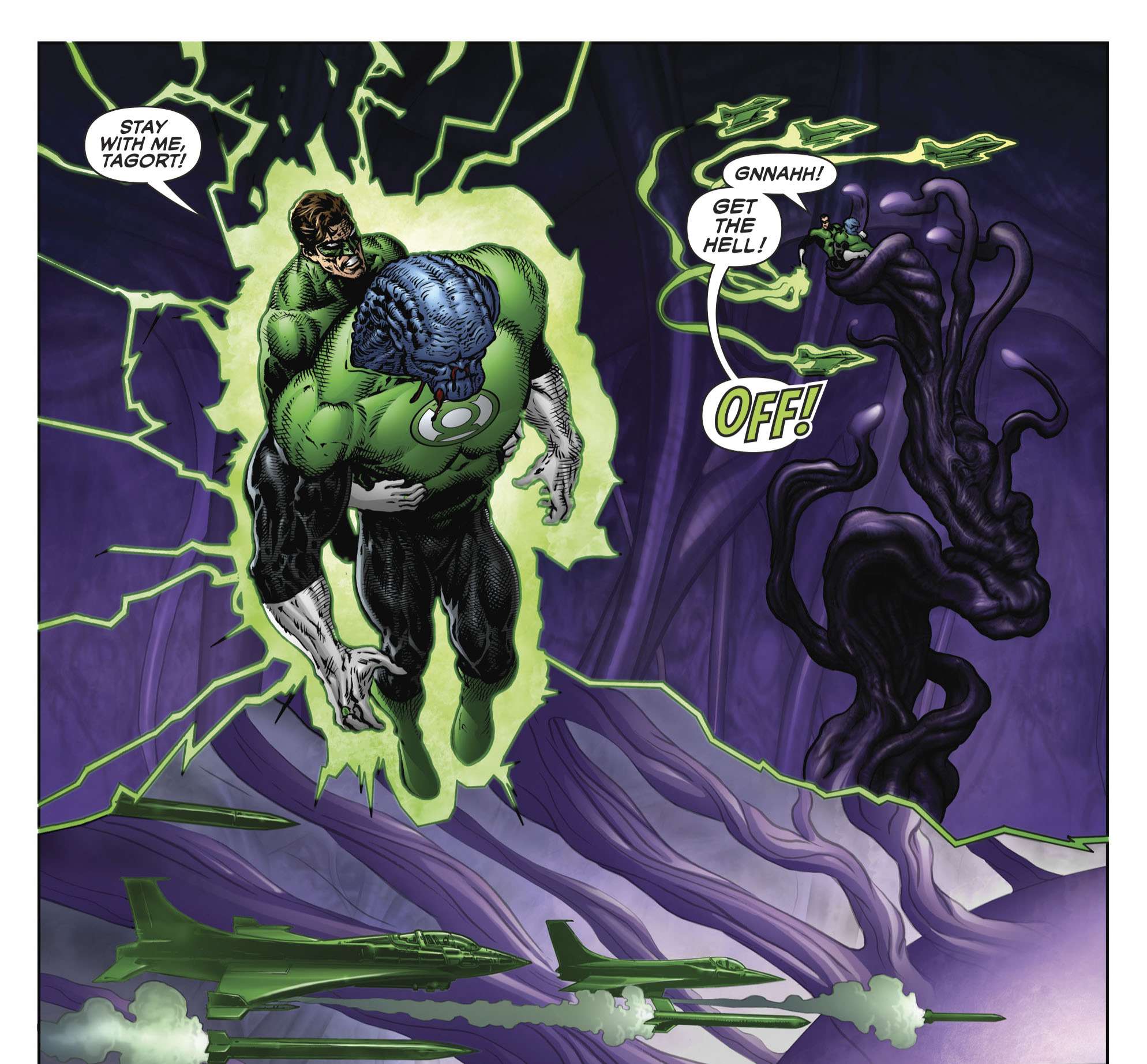 I’m sorry to say it but by and large I can’t stand the variant covers for this series, they don’t fit at all with the series, just a minor nitpick. 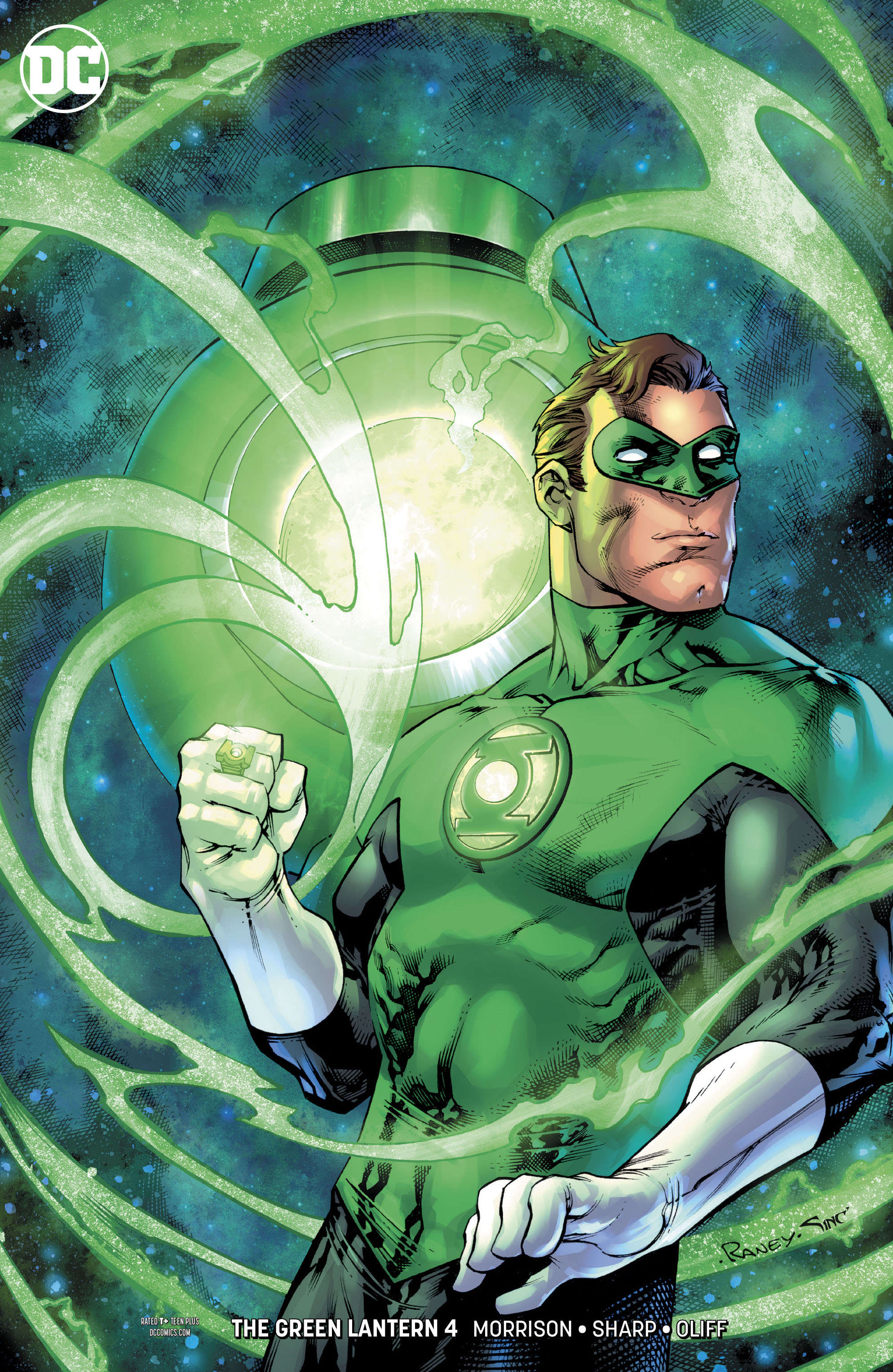 An interesting issue that helps tie together the overarching narrative working within the previous relatively standalone issues.