The Green Lantern #9: Multiversal Will 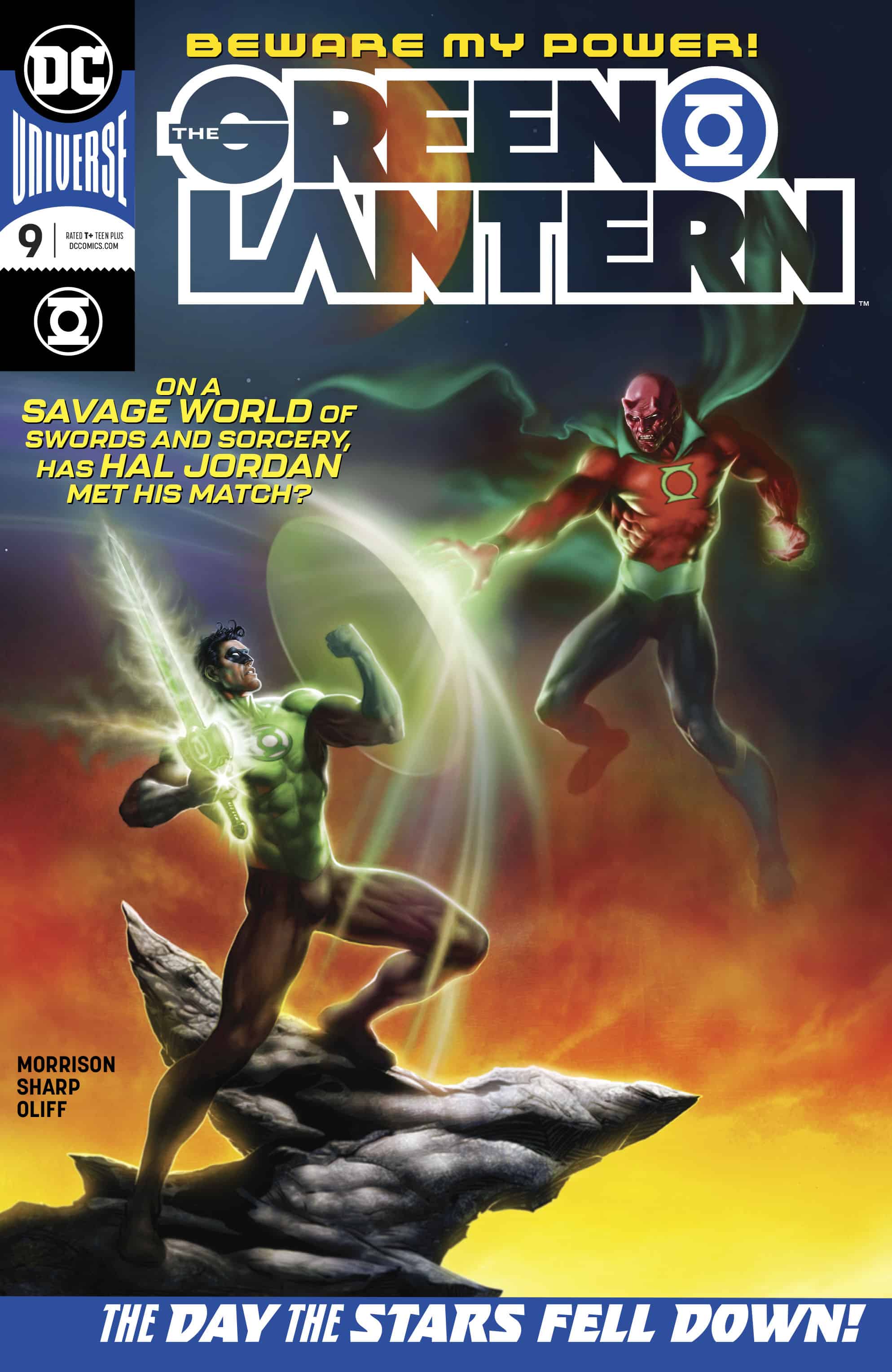 Hal Jordan fights his way across a fantasy realm on a rescue mission, but does the Green Lantern of Earth-20 want rescuing? 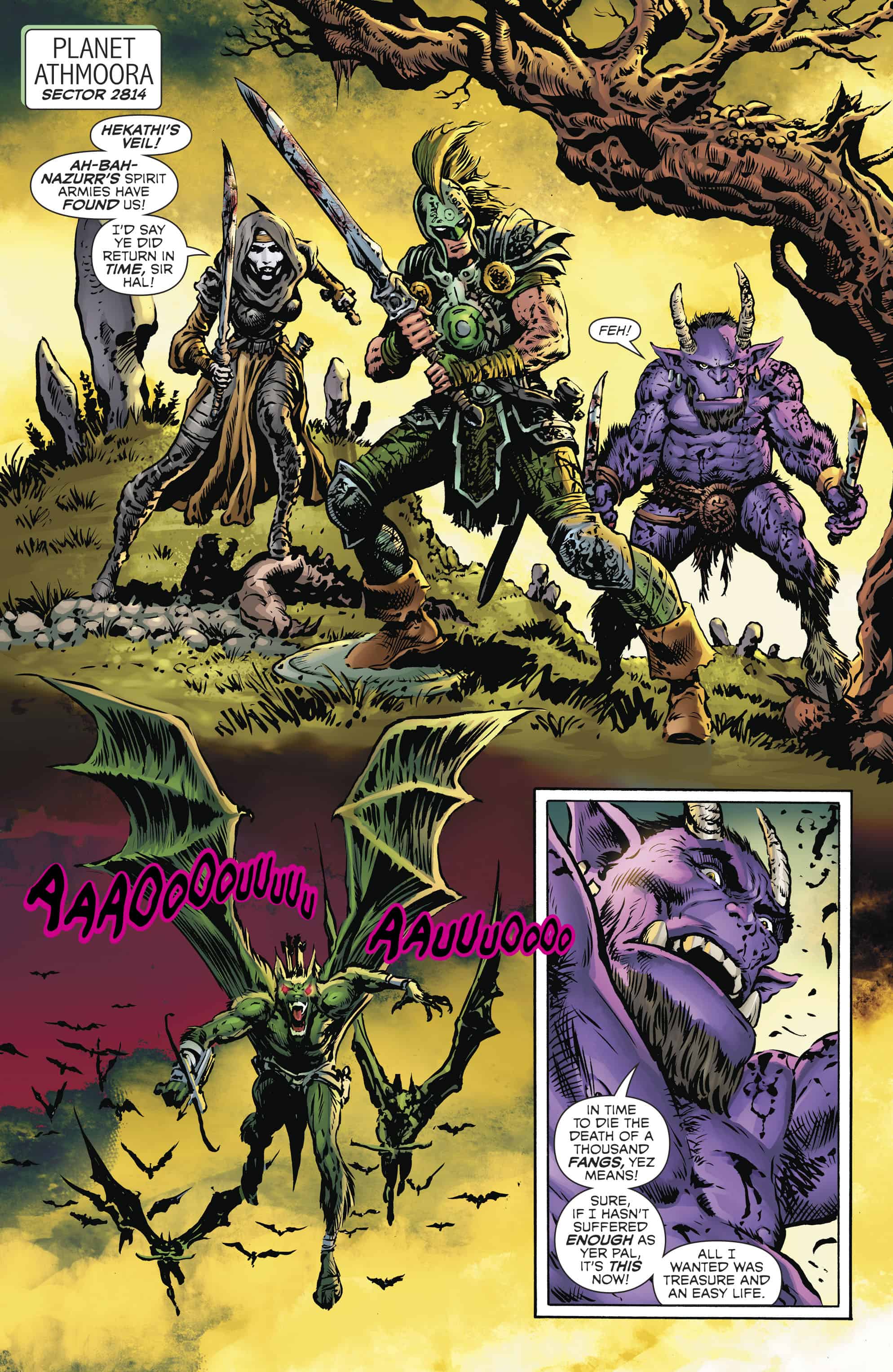 Another issue that takes steps away from the police procedural we were promised and I’m starting to wonder if I should let that aspect of this series go and just enjoy the ride. Having this series tap into the Multiverse not unlike Final Crisis Superman Beyond 3-D is an interesting angle, and honestly gets me interested even more than the procedural angle I’ve been asking for. Not only that, but I have been begging for more Doc Fate and an Abin Sur issue or two is even better! (he has been in a few things here and there but this is by far the most GL E-20 we’ve ever gotten) It definitely seemed like this was leading to some multiversal madness by the end if it goes where I hope it does this arc might be talked about for years. The intro with the United Planets Superwatch definitely has a crisis feel to it and gathering all the lanterns brings me to that conclusion as well. 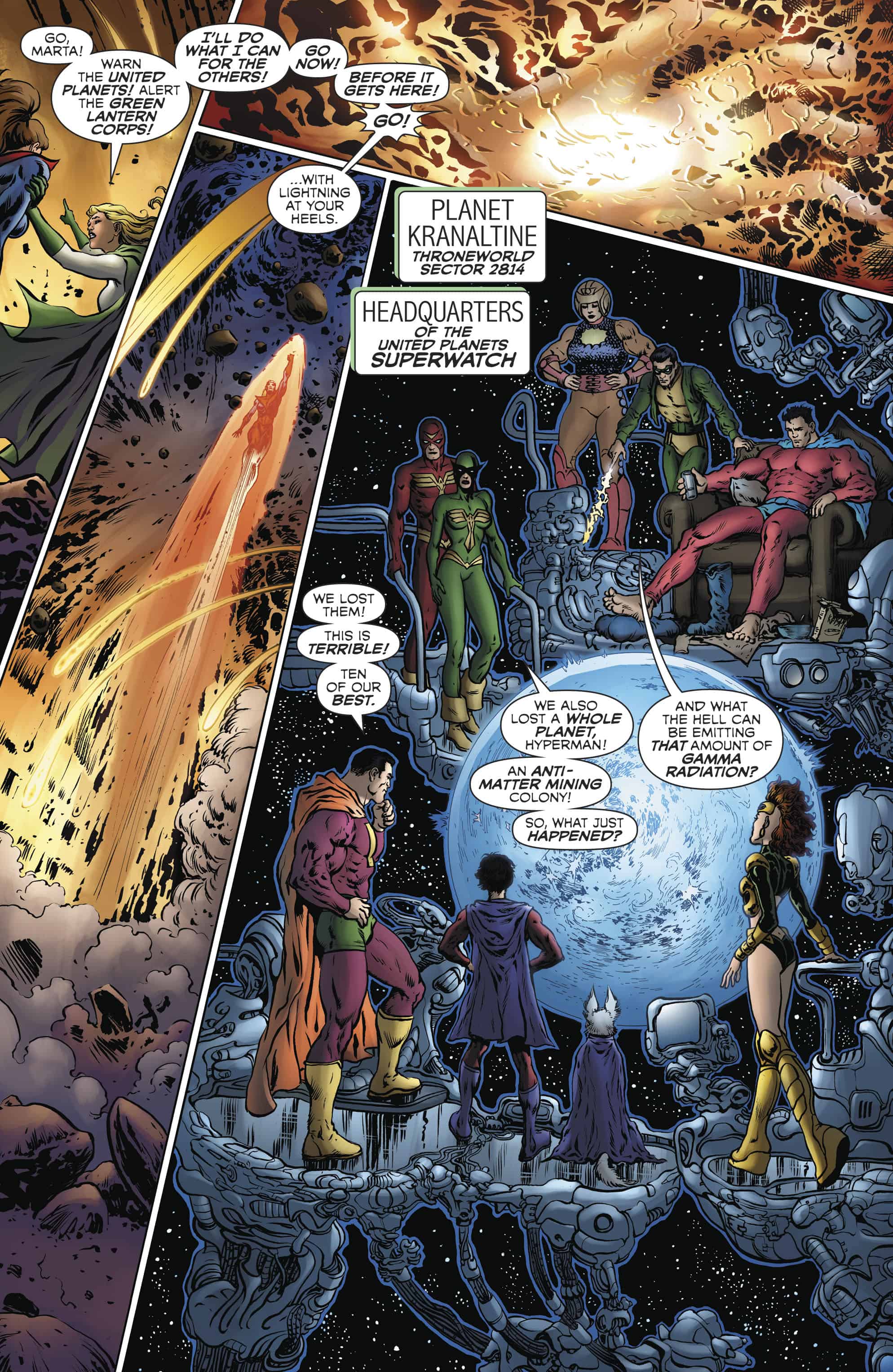 The art by Liam Sharp helps to hammer home the fantasy setting along with his companions, who look great! As a fan of sword and sorcery comics (there’s a Conan omnibus on my car seat as we speak) I loved the organic feel of Sharp’s art in this world, so far this series has done an amazing job of playing into his strengths as an artist and featuring some perfect worlds. I loooved the fight between Hal and Abin Sur, visually it was just fantastic when the two titans of will clashed. 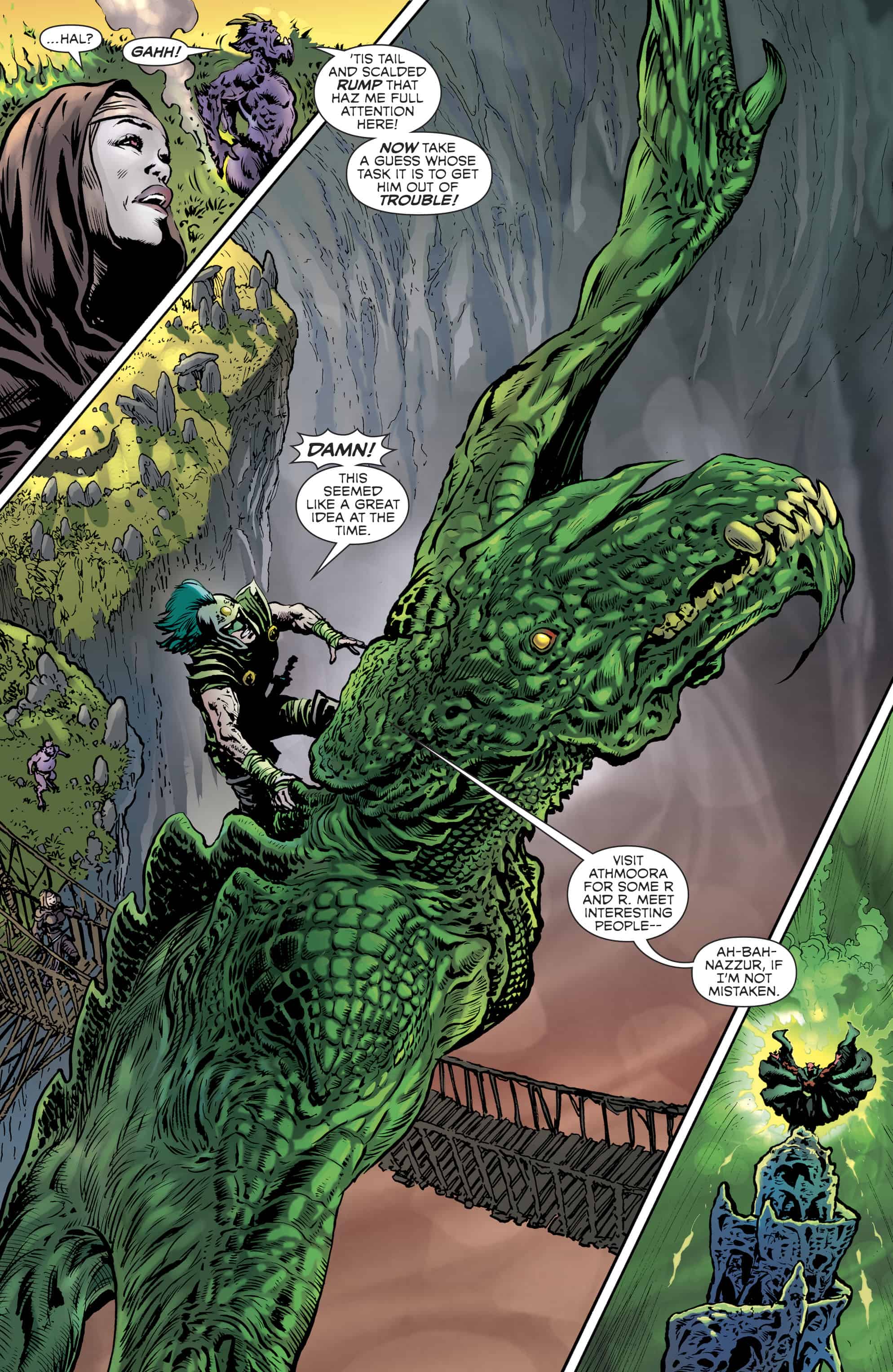 The colors by Steve Oliff are great with (obviously) Green being tinged throughout it has an opportunity to feel bland or monotonous but Oliff combats that with a lot of warmer tones like reds and oranges helping to make the green feel like accents despite being the predominant color in many panels. 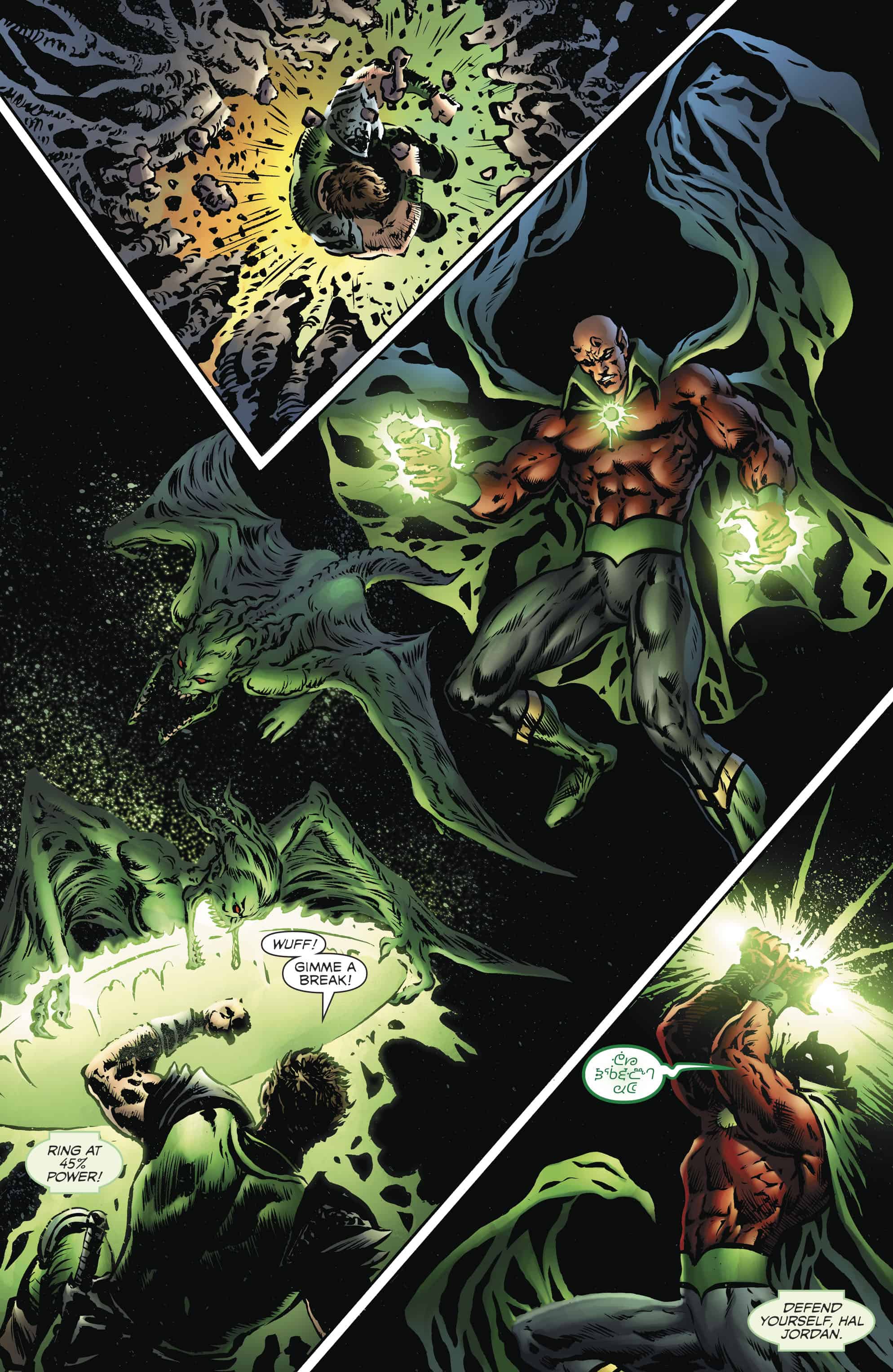 I also loved the lettering by Tom Orzechowski, especially the alien language spoken by Sur, obviously between Orzechowski and Gmo. I figure there might be some manner of codex, I’m curious if these bubbles mean anything I might need to look more closely at them… 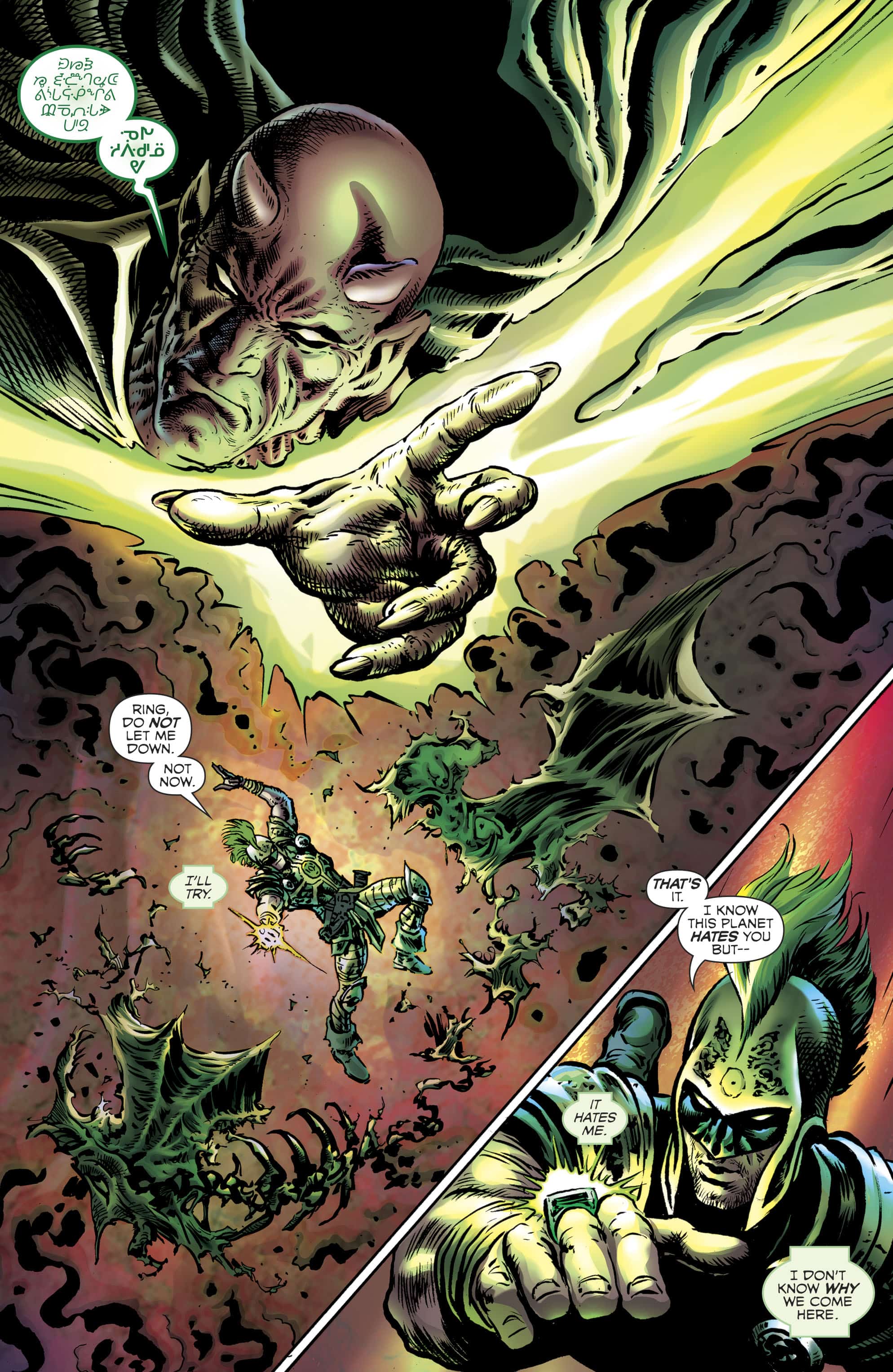 The first panel has got to have some meaning! C’mon translator codex at the end!

I like the idea of a world where Hal’s ring doesn’t work prompting a more hands on approach and him considering that a vacation. Seems just like Hal to me.

Really good issue that I will revisit frequently and a decent jumping on point for fans of multiversity.

The Green Lantern #9: Multiversal Will