The Green Lantern Annual #1: They Want the Airwaves 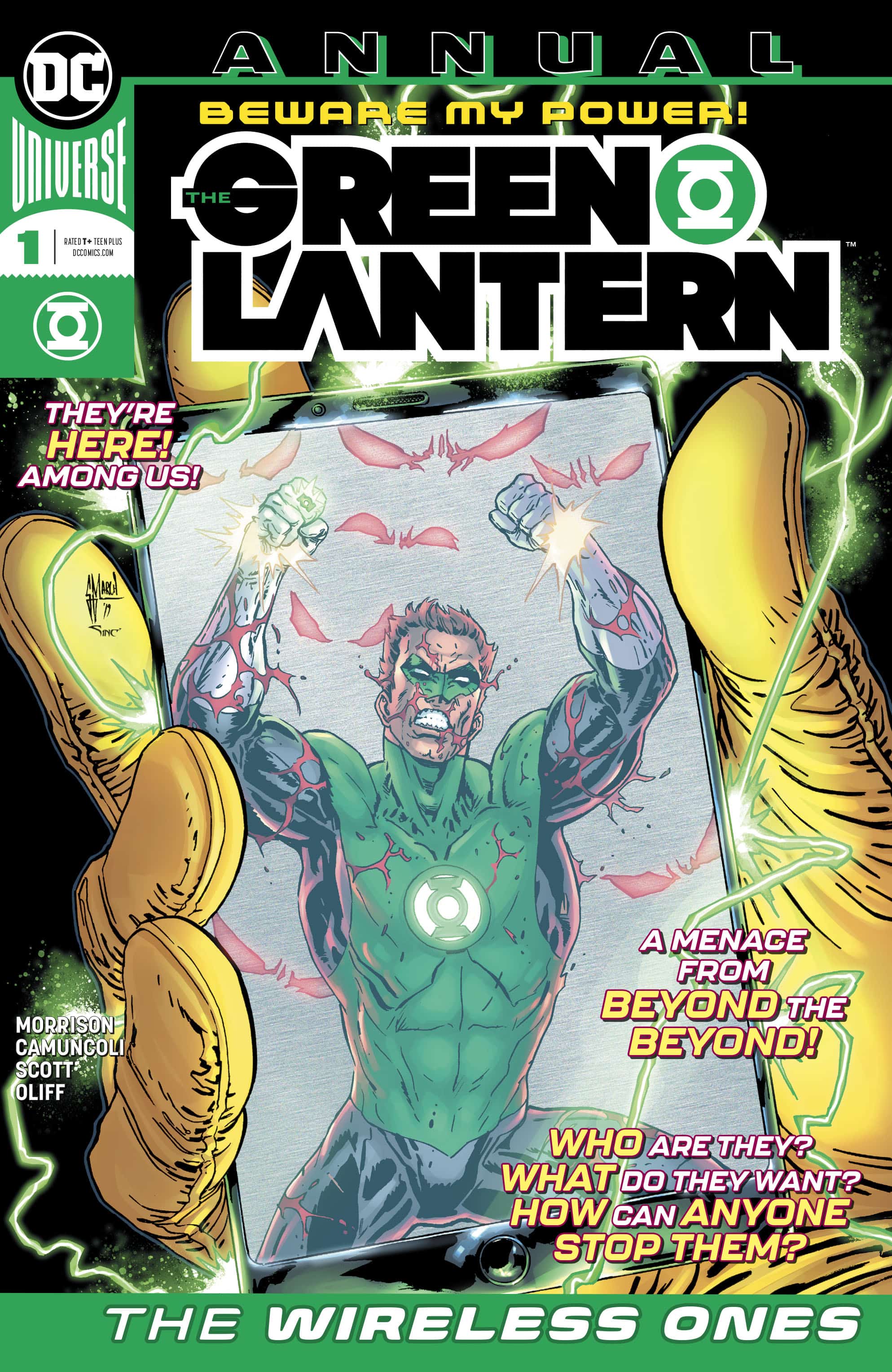 The Green Lantern annual features radio wave creatures facing off against a trademark Gmo blast from the past Harold Lawrance Jordan, Hal's Nephew, Airwave! (Possibly my least favorite Golden/ Bronze age hero haha) The creatures want to RULE THE WORLD or some such something it isn't really explained well but using radio powers Airwave is able to save the day! 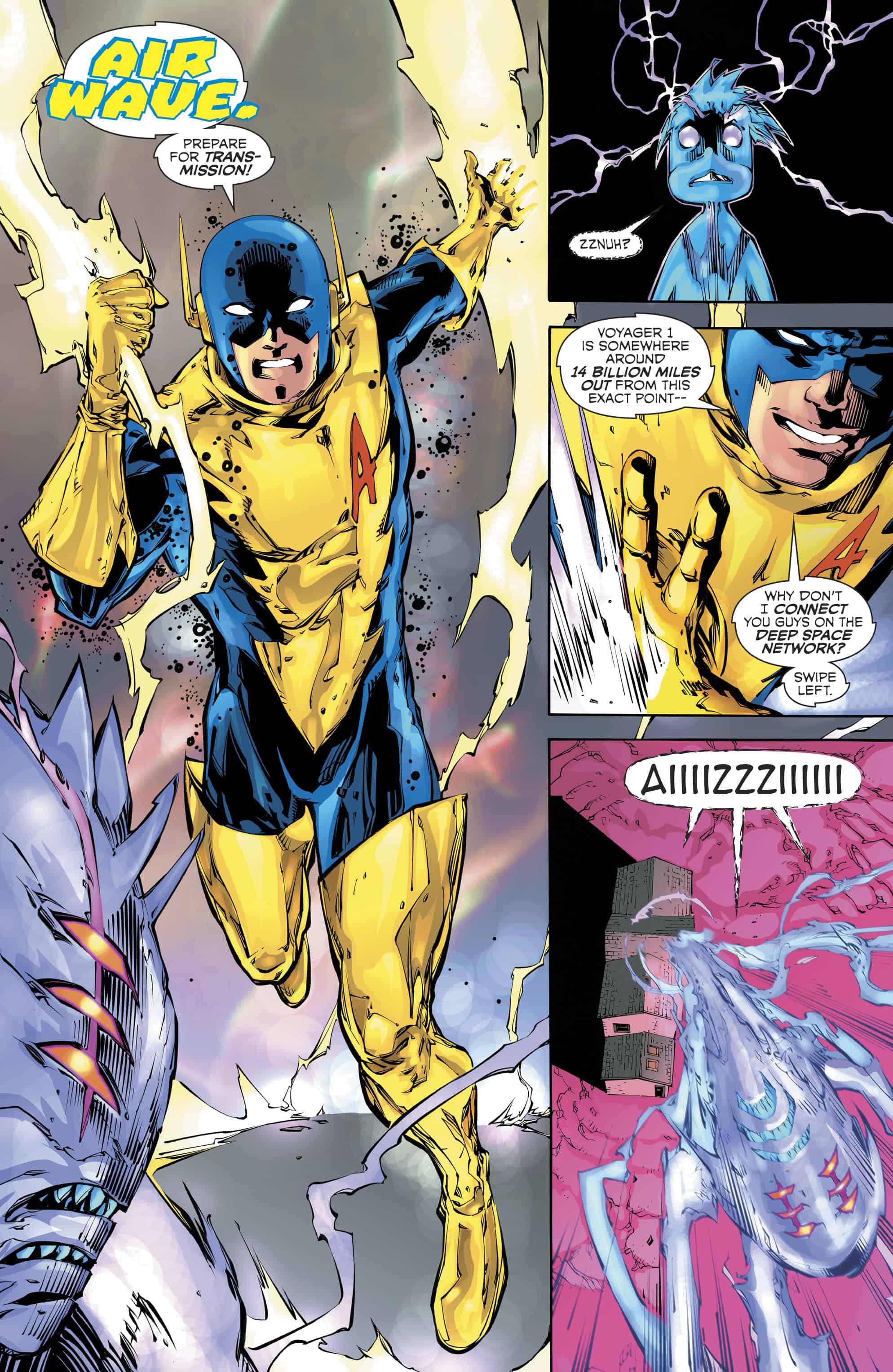 As I said, Airwave is a character I have never liked but I will be objective in my review. I liked his slightly updated design although they definitely said nephew, not cousin, but Airwave seems to be wearing an updated version of his Golden Age costume despite being the Bronze age version. Strange but understandable, the Giordiano/ Saviuk created 70s-80s costume was a train wreck. 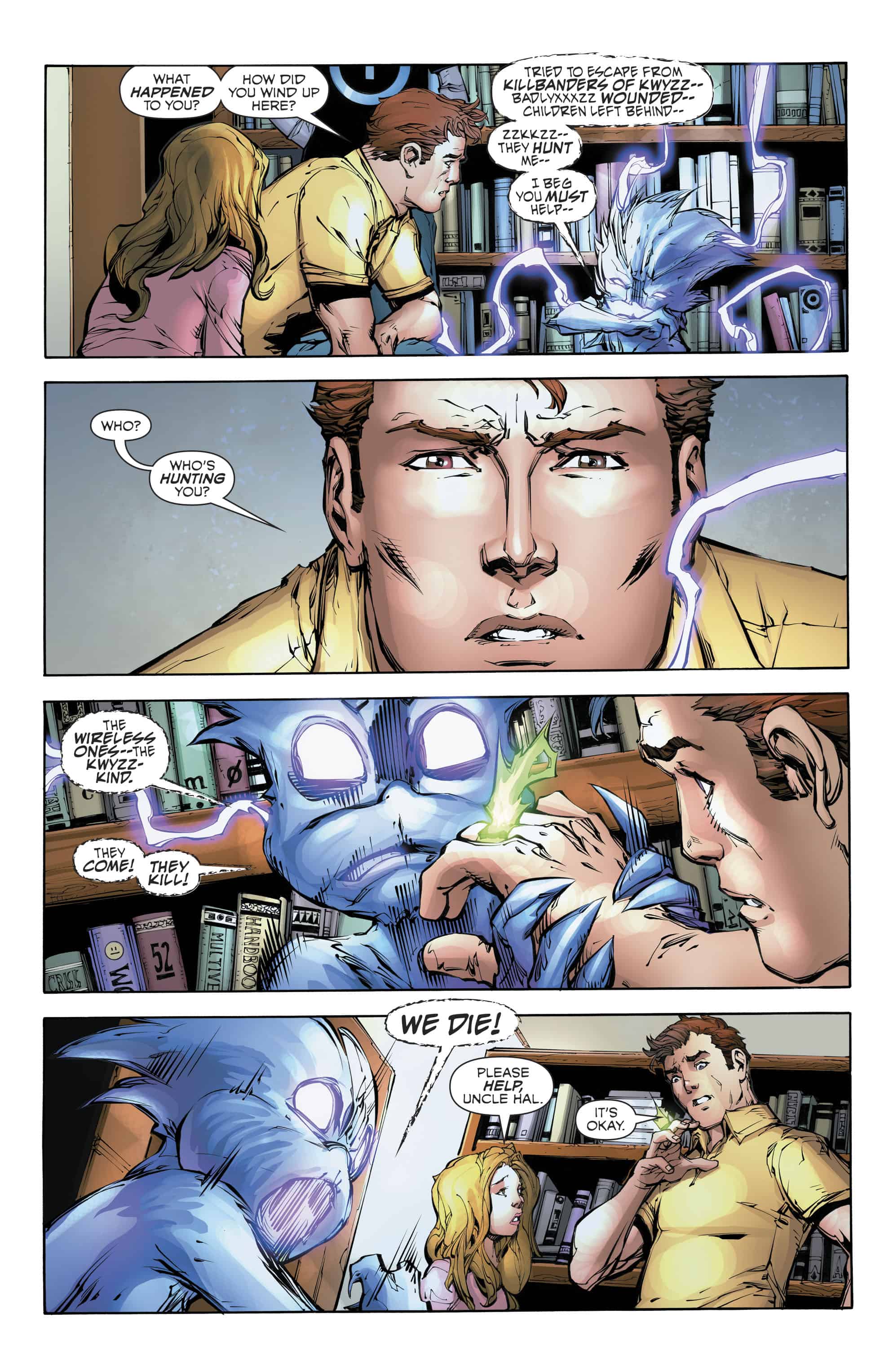 Part of my issue with Airwave that is in full effect this issue is the macguffin nature of his powers, if something doesn’t work it’s “Star Trek” and he’s reversing polarities (which is nonsense) and changing frequencies with his nonsense radio powers, which is half the basis of this issue and maybe you understand why I don’t like him. Also, did I mention his bronze age costume was nonsense? 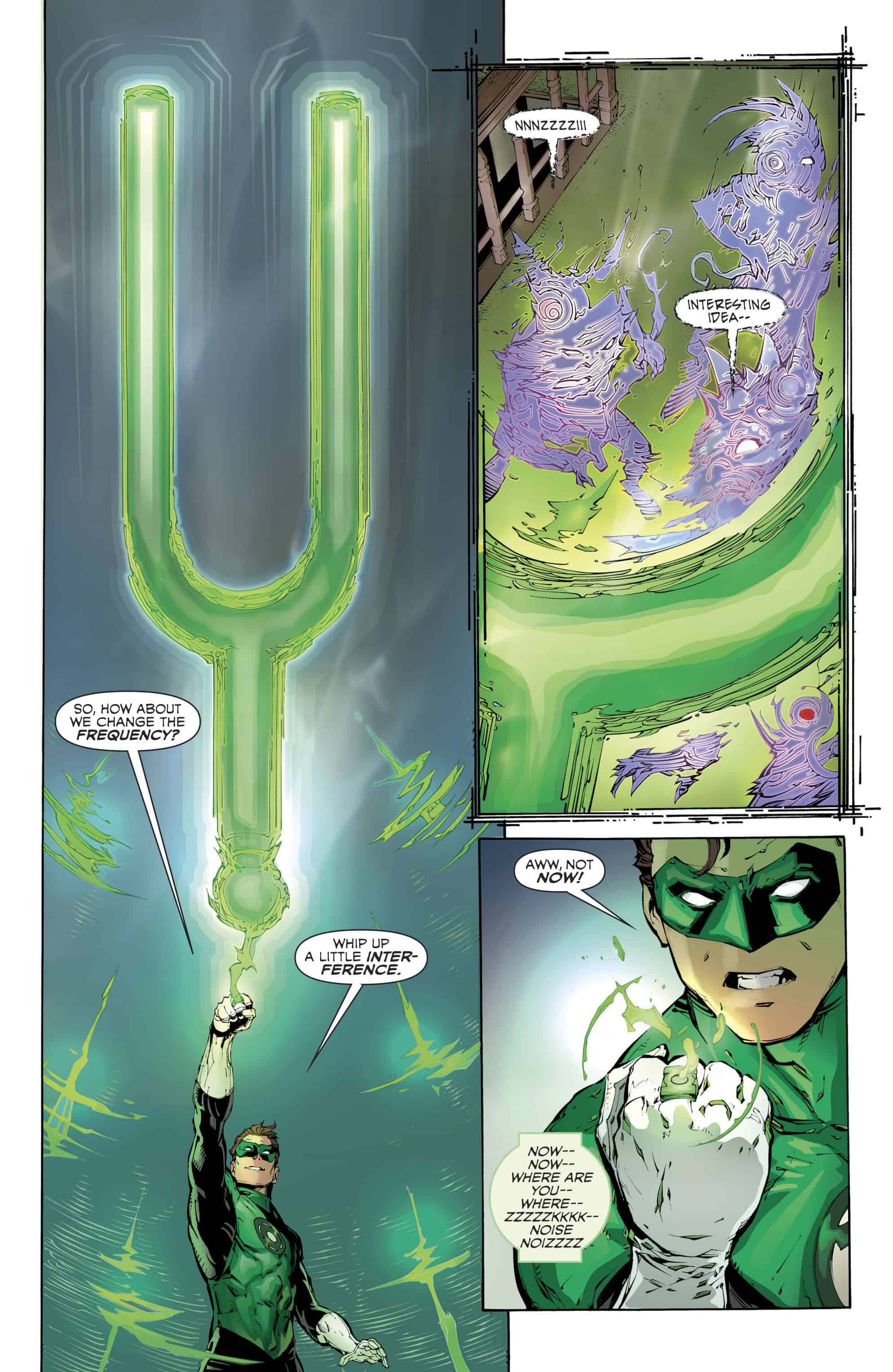 Awesome page, Hal spends about 70% of the issue puking or something tho

On top of that ranting the radio villains also had a bit of a macguffin element to them as well. Why are they here? What do they want? I really don’t think it matters because they’re dispensed as easily as they appear with almost no legwork. Airwave simply alters frequencies or whatever and step 3 victory! 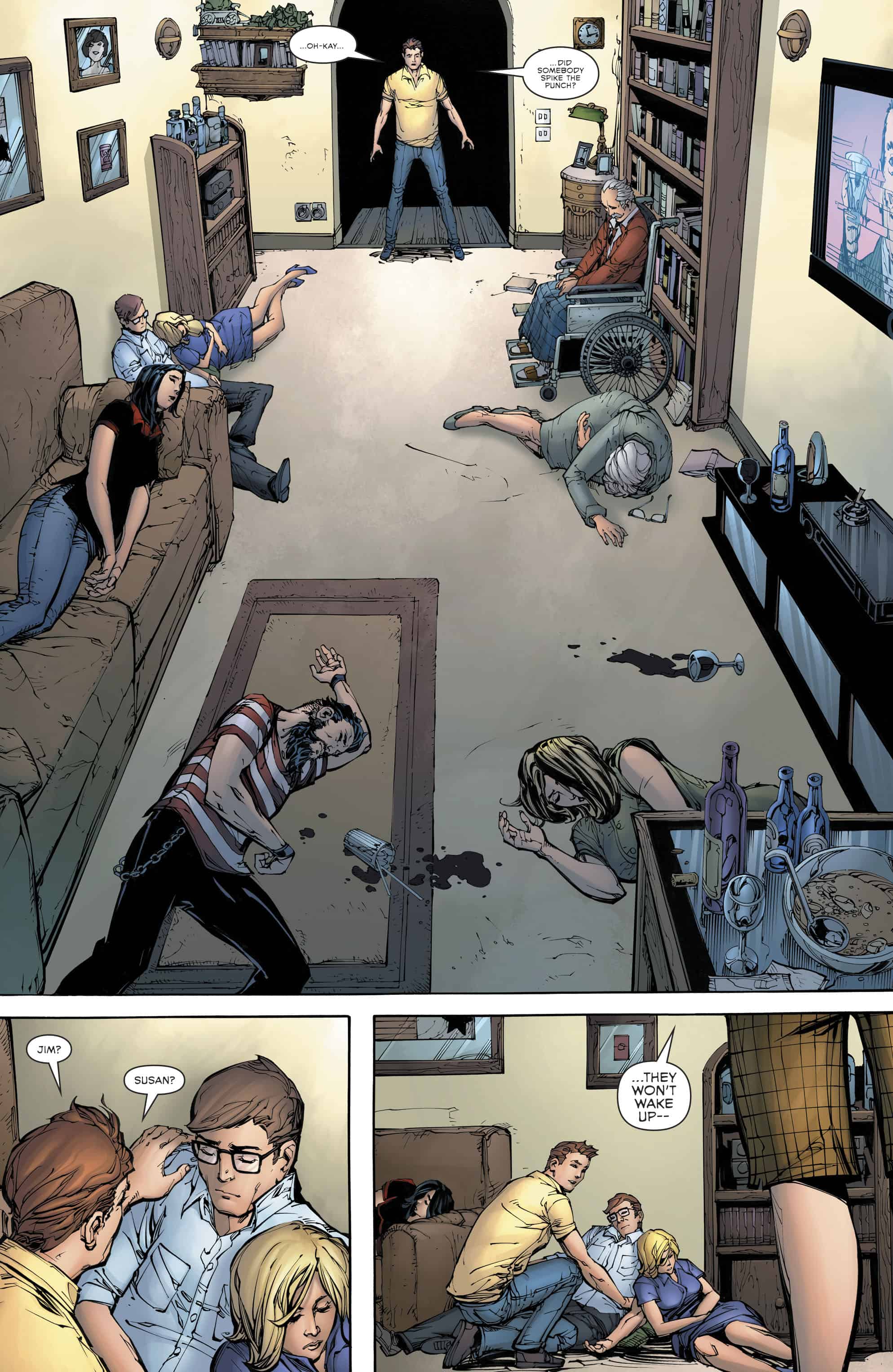 The art was a bit different than regular series artist Liam Sharp but worked really well for the issue in general although as I mentioned this seems to be the wrong Airwave for this suit. I guess it could be a amalgamated version of the two male Airwaves (there was a female Airwave very briefly but she just existed to solve the murder of the first Airwave and never wore the costume again) which might make sense. All in all I like the art, I will keep an eye out for this artist team going forward. 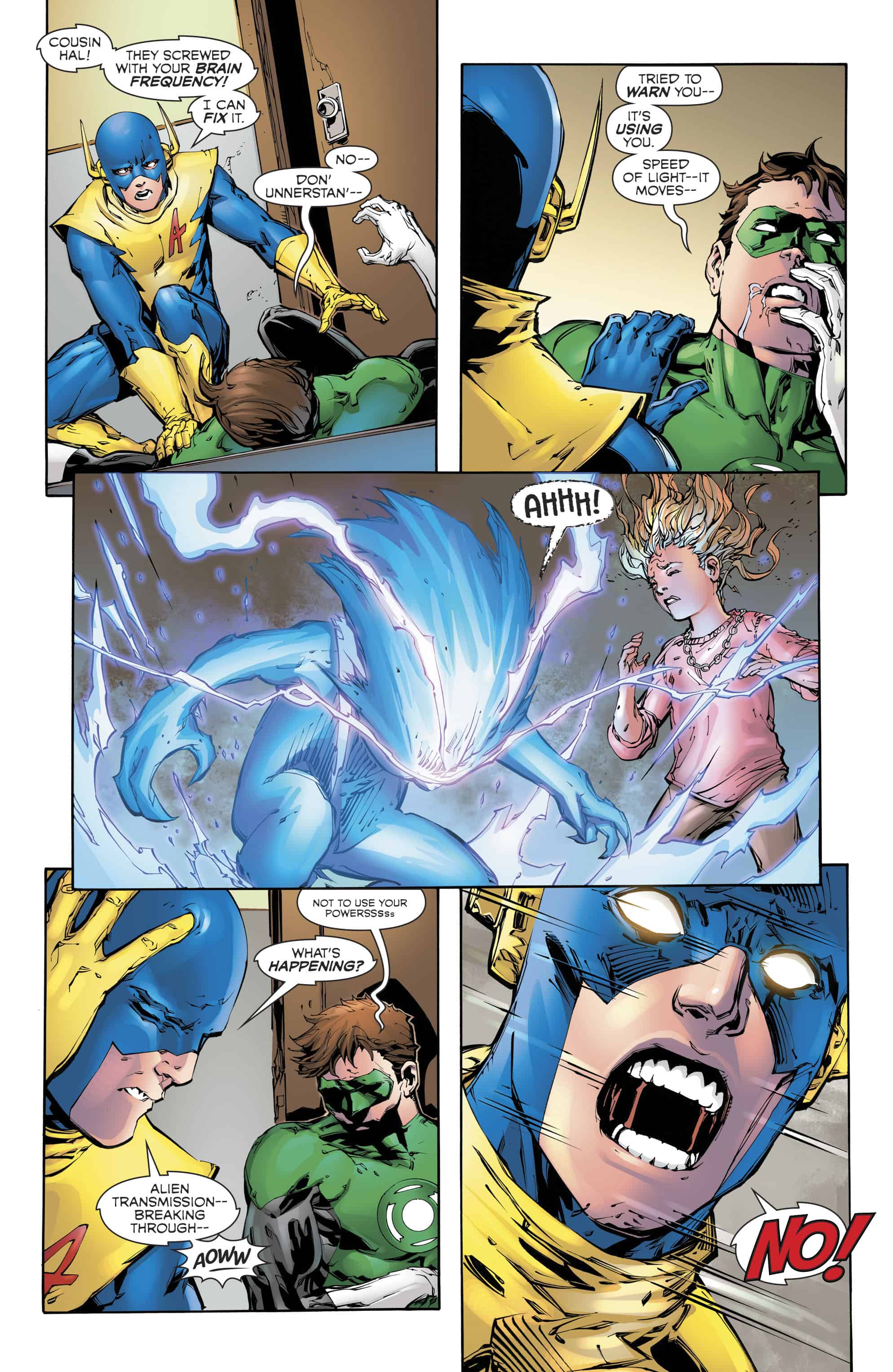 Although Airwaves boots go from thigh high to gogo boot and back once or twice.

This story felt a bit phoned in by Morrison standards, his character choice was fairly pedestrian, the story was very by the numbers and I didn’t feel the stakes were there. Not his best in my opinion.

A skippable entry unless for some bizarre reason you're a fan of stupid Airwave.

The Green Lantern Annual #1: They Want the Airwaves